Graeme Murphy’s swirlingly beautiful 1990 production of Puccini’s last opera, Turandot, puts into the work the mythic, remote and dreamlike element that partly eluded Puccini, and which, some have argued, contributed to his failure to complete it before his death in 1924 (it was completed in 1926 by Franco Alfano). 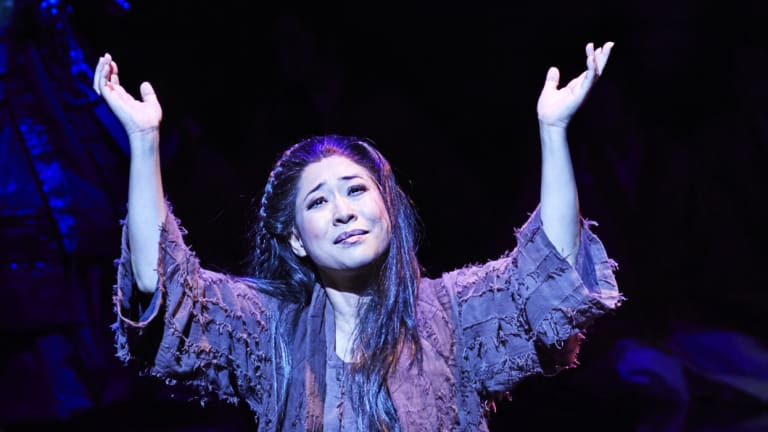 In Act 1, Murphy’s crowds move and flow in wave-like patterns as though endowed with the magical flexibility of modern digital animation, and, in the opera’s most famous number, Nessun Dorma, in Act 3, the ground billows and shifts into nightmare shapes which the hero, Calaf, stares down with complaisant courage.

Flags and streamers slash the misty dark of Kristian Fredrikson’s set with colour like hand-drawn lines in the air, and the Emperor, guarded by strangely-winged priests, is a colossus with a diminutive head, bowed by office like the Wizard of Oz.

In this revival, Amber Wagner sings the title role with a voice of rich creamy thickness and magnificent strength.

In Act 2, she maintains plausible haughty cruelty from atop her towering carriage, betraying her imperiousness with disconcerted fidgeting as Calaf notches up the points on her contrived quiz.

Had he lived, Puccini himself might not have been up to the challenge of making her Act 3 transition from ice princess to impassioned lover meaningful, but vocally Wagner towered with thrilling indomitable power in the duet with Calaf.

Andeka Gorrotxategi as Calaf was a different voice type altogether, singing with a tone of nutty richness, colour, polish and clear definition. 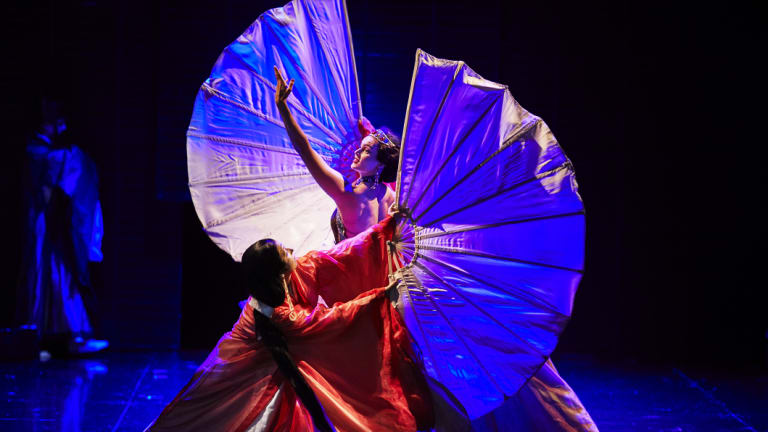 He began Nessun Dorma with admirable freshness to the sound and etched out the lines with comely musical shape and charm without overemphasising stentorian heft. Although he had plenty of power in the Act 3 duet, it was still clear Wagner could have blasted him to smithereens had she chosen to.

The credibility problem for Turandot’s final transition, of course, is Lui, to whom Puccini gave the opera’s most dramatically telling and sincere music.

How can such a sympathetically created tragic figure be a believable catalyst for the physicality of the final love scene?

Mariana Hong sang Lui with wonderfully warm expressiveness, maintaining precision of line but not to the point of waif-like thinness, holding the audience breathlessly on edge during her crucial final scene. 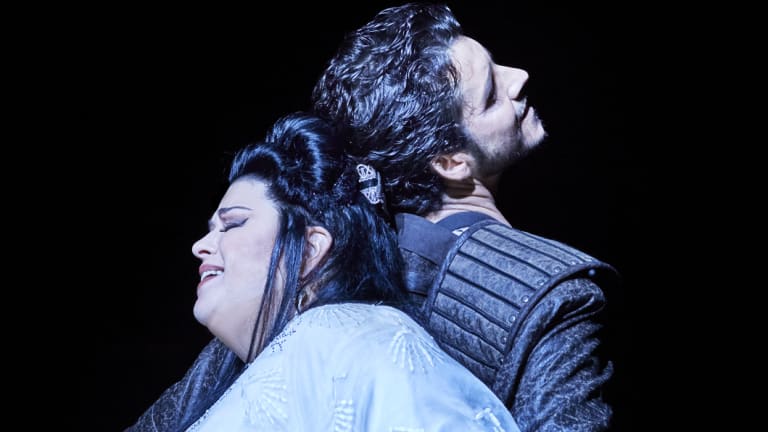 Richard Anderson as Timur, her master and Calaf’s father, began with pale unworldliness, rising to impassioned resolve in the last act. Puccini’s three caricatured courtiers, Ping, Pang and Pong (Christopher Hillier, Virgilio Marino and John Longmuir) gamboled their way insouciantly through their Act 2 trio, singing with impressively cohesive ensemble and distinctly edged lines, while Graeme Macfarlane as the thin-voiced Emperor atop a mountain of pomp, sang with penetrating weariness and resignation.

A strength of this revival is the judicious pacing of conductor Christian Badea and the Opera Australia Orchestra who maintained gripping momentum in Act 1, while allowing the intensity of the peak dramatic moments in Acts 2 and 3 ample space for timbral colour and unrushed dramatic weight.

Gwyneth Paltrow Posted a Makeup-Free Selfie With Her WFH Coworkers

Gigi Hadid is the latest celebrity to launch a clothing line