Touching moment schoolboy, 7, and pensioner, 93, who became pen pals during lockdown meet for the first time through a care home window

This touching picture shows the moment a pair of unlikely friends met for the first time – a pensioner and young boy who became lockdown pen pals.

Michael Lugg, seven, from Garras, Cornwall, began writing to Lewis, 93, at the start of the first lockdown in March.

Teachers at his school had arranged for pupils to send letters to residents in a local care home to keep their spirits up.

Michael and Lewis soon became firm friends despite their 86-year age gap, with the schoolboy often asking when they could meet in person.

His wish was finally granted after months of restrictions last week, although only through a pane of glass.

Moving images show Michael and Lewis matching their handprints up on a window at Parc Vro Care Home before giving a thumbs-up to each other. 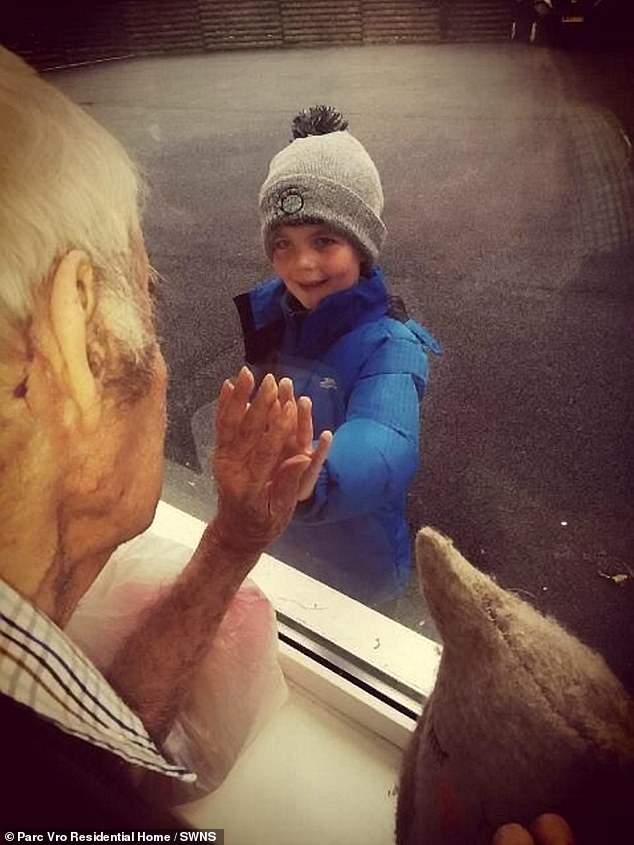 Michael Lugg, seven, from Garras, Cornwall, began writing to Lewis, 93, at the start of the first lockdown in March. The pair finally met through a window last week after months of writing to each other

Manager Jenny Winzar said: ‘The children at Garras School took it upon themselves to write to our residents, which was greatly received, especially by one gentleman and one special little boy who became friends.

‘Michael, who is only seven-years-old, has written and drawn pictures since March for Lewis.

‘Lewis enjoyed receiving letters and pictures and, with help from care staff, wrote letters back.’

In the letters the pair talked about farming, what it was like without machinery, and how Lewis walked nearly everywhere until he got his bicycle. 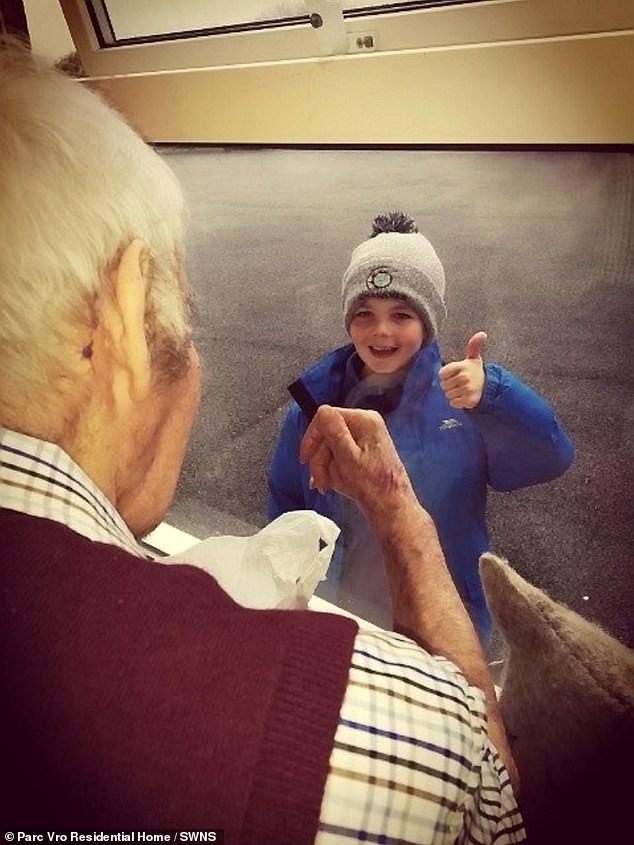 Michael gave his new pal the thumb up during their anticipate meeting last week. Michael’s mother Leona, 42, said the letters had given Lewis, 93, a ‘new lease of life’

The duo also talked about the coronavirus pandemic – with Michael telling Lewis he missed his friends.

‘So, with a little help from Michael’s mum and Fiona, a carer at Parc Vro, the two finally got to meet each other after all this time. 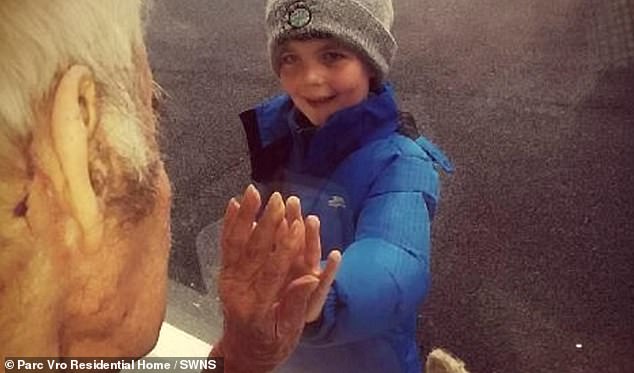 Manager of the Parc Vro Care Home, Jenny Winza, said the pair talked about the pandemic and farming during their encounter

‘It was a magical moment for everyone, not a dry eye in the building, and truly made Lewis’s year.’

Michael’s mum Leona, 42, added: ‘Michael has loved every minute of it. The school organised it. He’s just loved it.

‘Apparently the letters make Lewis jump out of bed and give him a new lease of life.’

Black Voters Are Ready For Change