A TEEN posed for bikini pictures just weeks before she is said to have murdered her baby girl after giving birth in secret.

Cheerleader Brooke Skylar Richardson can be seen with a small baby bump in the beach snaps – taken during Spring Break in 2017. 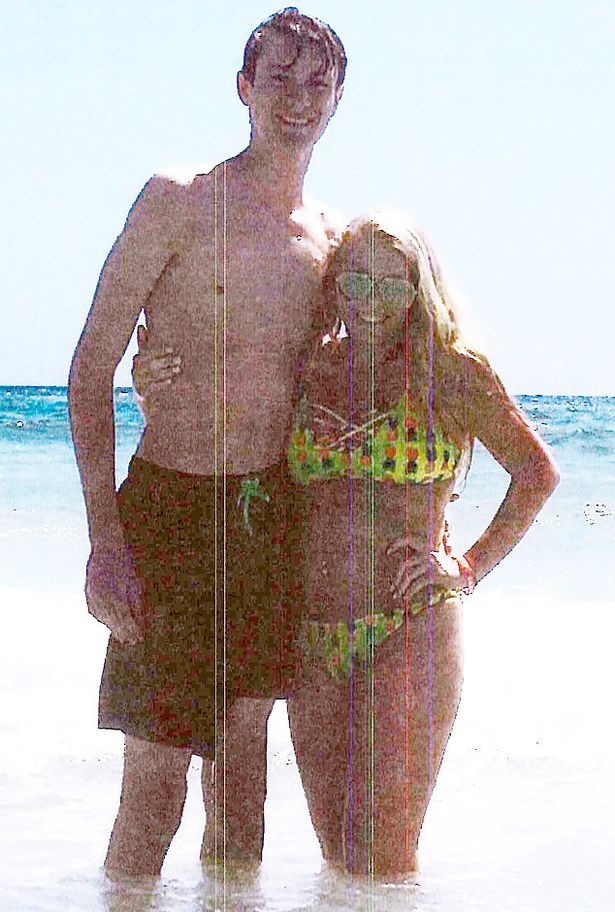 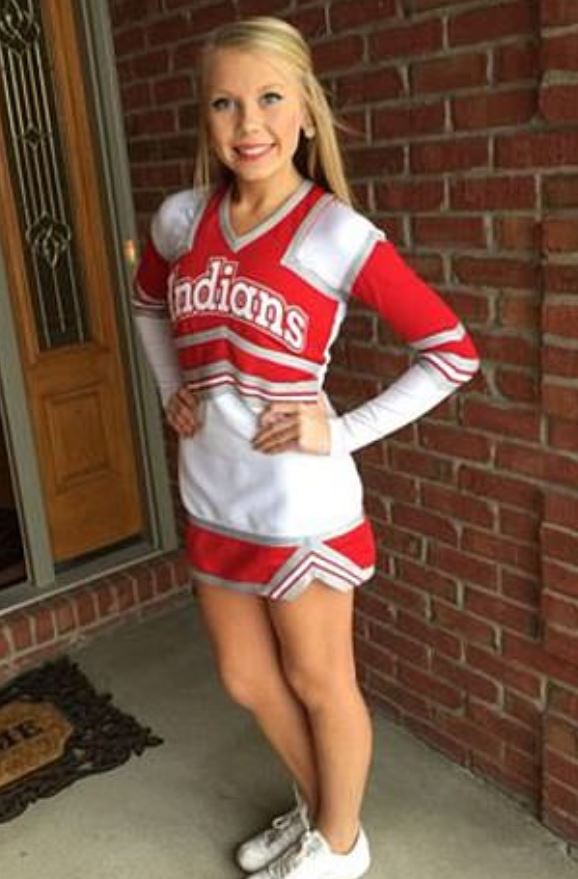 She is pictured wearing a bright yellow bikini with her then boyfriend Brandon Saylor – not the dad of the baby –  six weeks before she gave birth.

The 20-year-old was also photographed clearly pregnant at her high school prom, two days before she had her child.

Richardson was just a teen when she secretly gave birth in her bathroom and allegedly buried the newborn in her backyard.

She insists the baby was stillborn, claiming she buried it out of respect and grief.

However, she has been charged with aggravated murder and involuntary manslaughter.

The prosecution alleges when she was 18 she gave birth to a healthy baby, named Annabelle, which she then killed in Carlisle, Ohio. 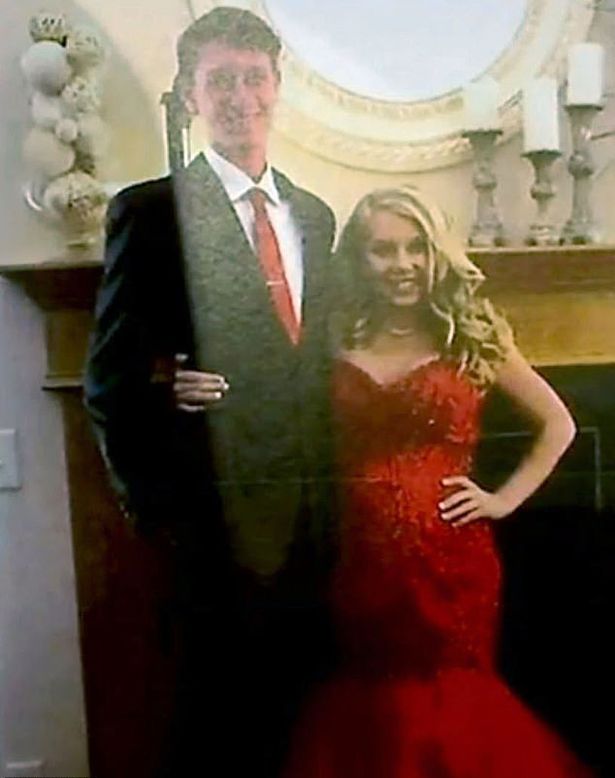 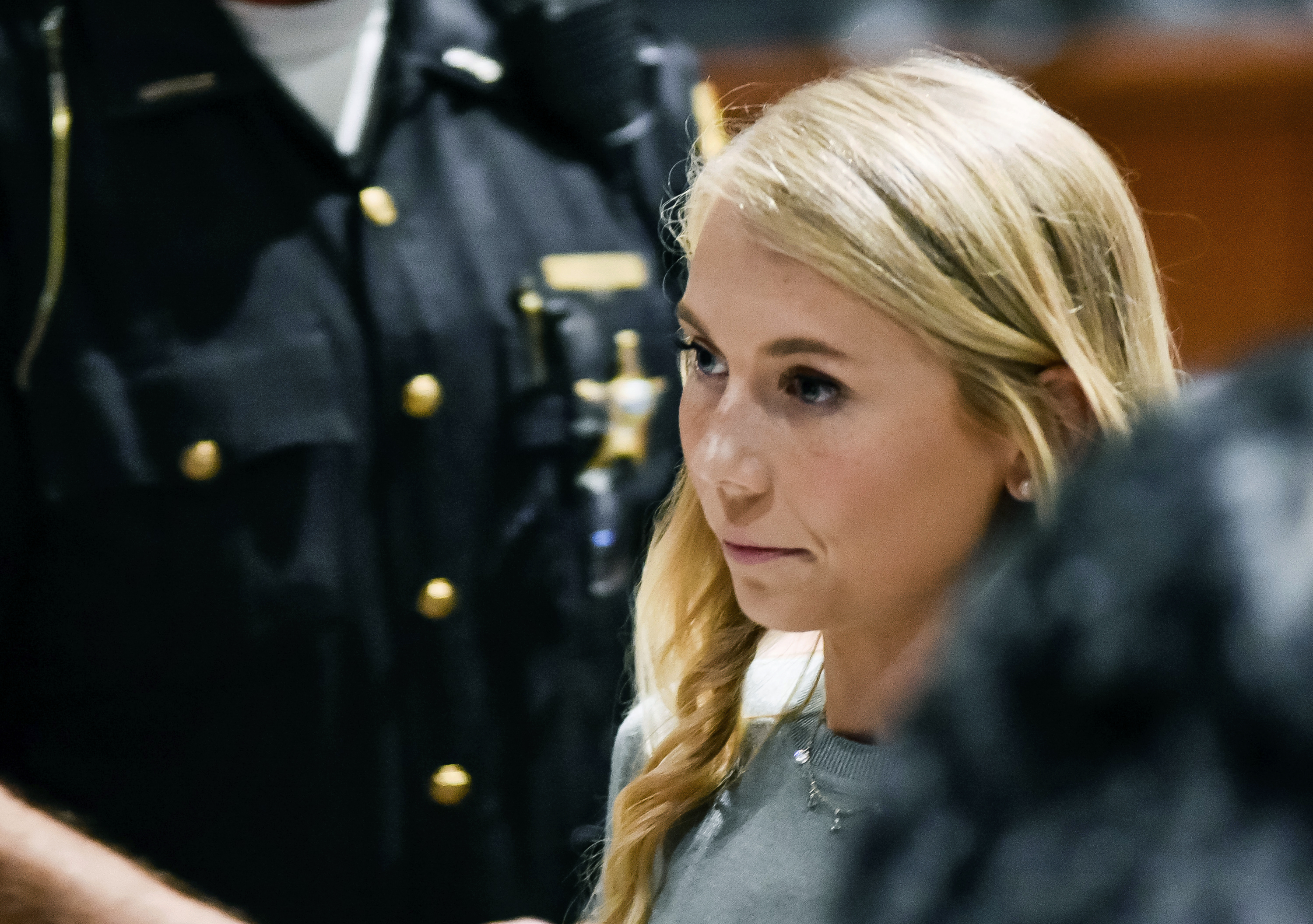 It’s alleged she smashed the baby’s head with a rock before burying him in her back garden – claims Richardson strongly denies.

The former high school cheerleader is said to have given birth in the bathroom at her family home on May 1, 2017.

It was just a few days after her senior prom and weeks before she was set to start college.

Her parents and friends have said she hid the pregnancy from them.

Last week the court heard she texted her mum “OMG my belly is back” and took a gym selfie of her stomach just hours after the alleged murder.

Prosecutor Julie Kraft said Ms Richardson didn’t tell anyone when she gave birth to her daughter.

She said: “Brooke took her own daughter’s life, destroyed all evidence of her birth and buried her in the backyard.”

But she returned to her doctor for birth control a few weeks later where she arose suspicion. 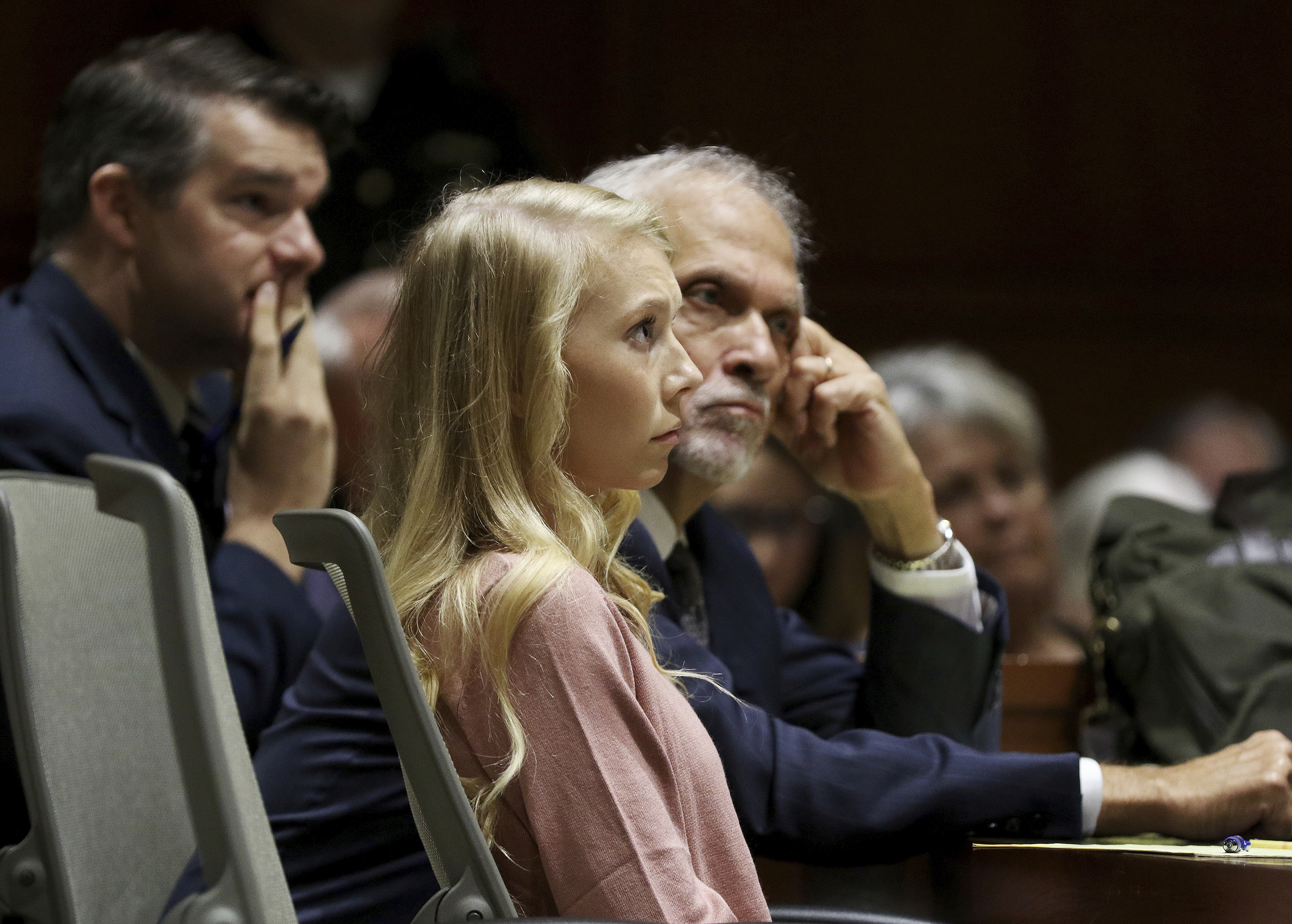 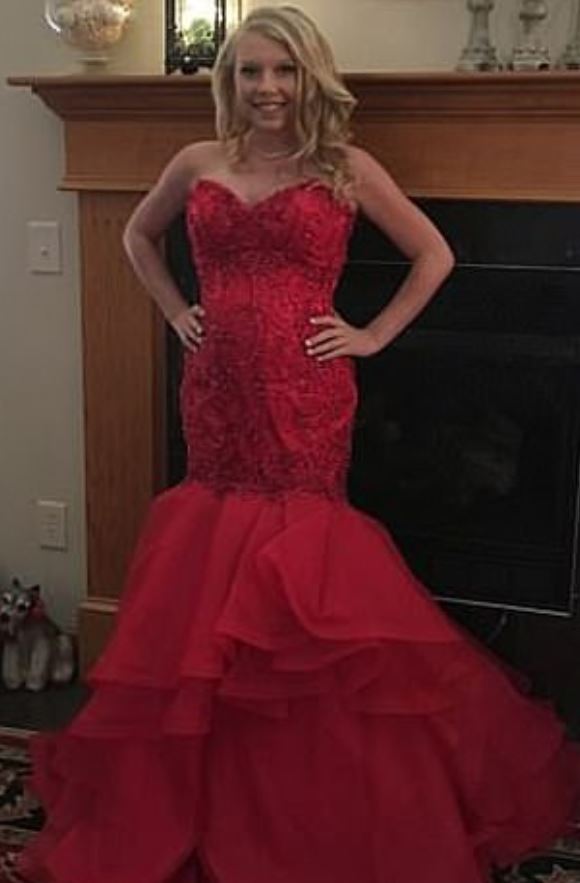 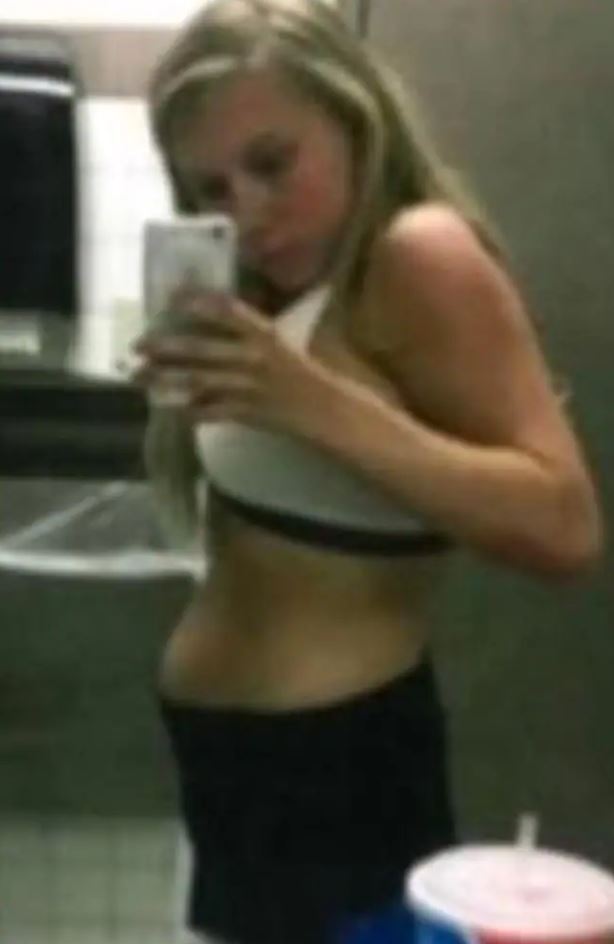 According to her legal team, Ms Richardson kept quiet because she didn’t realise she was due so soon and her response was normal for a scared teenager.

Prosecutors initially reported the body had been burned – but additional forensic analysis concluded that was not the case.

Mr Rittgers said the state failed to mention a detective in the case wrote in a report that Ms Richardson touched the baby with a lighter and flames went up to the baby’s chest.

“Although they gave a press release about it, but they don’t have the guts to come in here right off the bat and say that they were wrong about it,” he said.

In opening statements yesterday, prosecutors said the evidence would still show that Ms Richardson gave birth alone, buried the baby, disposed of the evidence and kept it a secret.

It was alleged Ms Richardson “purposely” caused the baby’s death, saying the family was “obsessed” with external appearances and wanted to prevent a potential interruption of their lives.

According to prosecutors, Ms Richardson had an “extreme” reaction after being told she was pregnant and did not return for follow-up prenatal visits.

County prosecutor David Fornshell previously said the student and her family had been worried about the community’s reaction to her out-of-wedlock pregnancy.

He said: “Skylar and her family, particularly her mother, were pretty obsessed with external appearances and how things appeared to the outside world.

“You have a situation where, you know, she’s a cute high school, recent high school graduate – she was a cheerleader described (as) a good girl by her lawyer as you heard after the arraignment.

HERE COMES OUT THE BRIDE

Her lawyers have accused prosecutors of creating “a false narrative” to sensationalise the case.

One said: “What started as an 18-year-old high school girl who was frightened and saddened because of giving birth to a stillborn baby whom she named Annabelle and then telling her doctor of the stillborn and burial in the backyard turned into something sinister and grotesque.”

Ms Richardson has been under house arrest for more than a year after a judge ordered a curfew of 9pm to 7am, random home visits and for her to be subject to GPS monitoring. 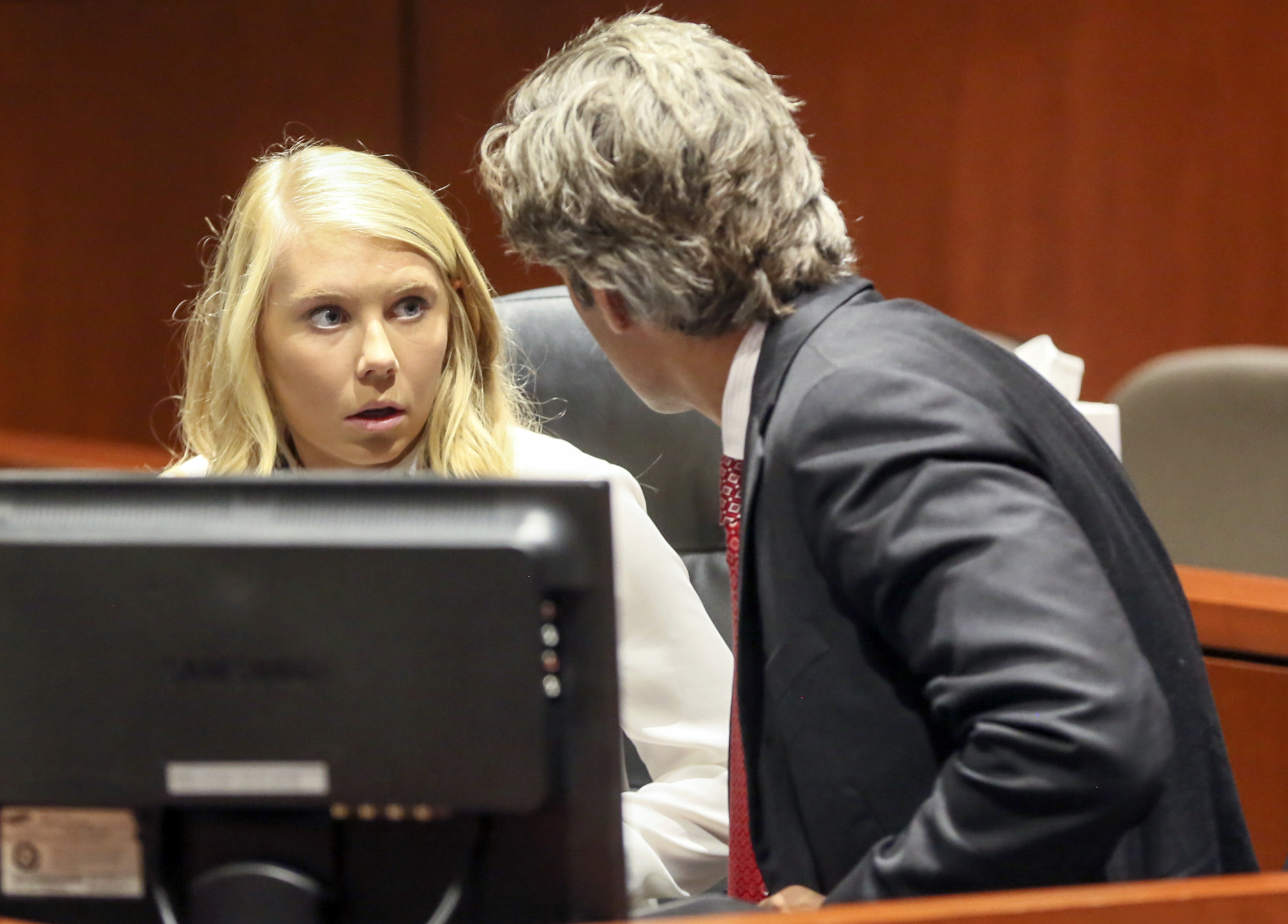 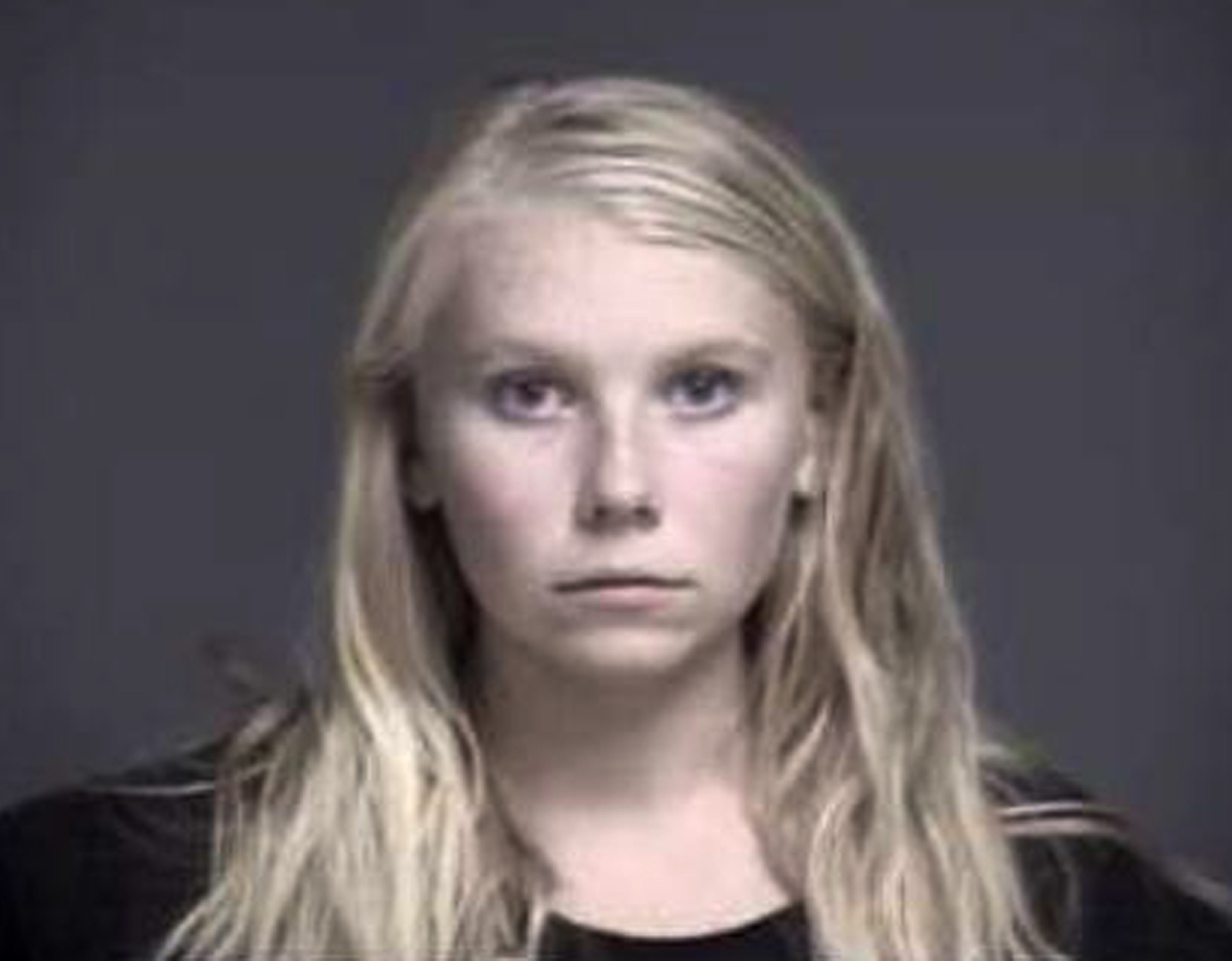 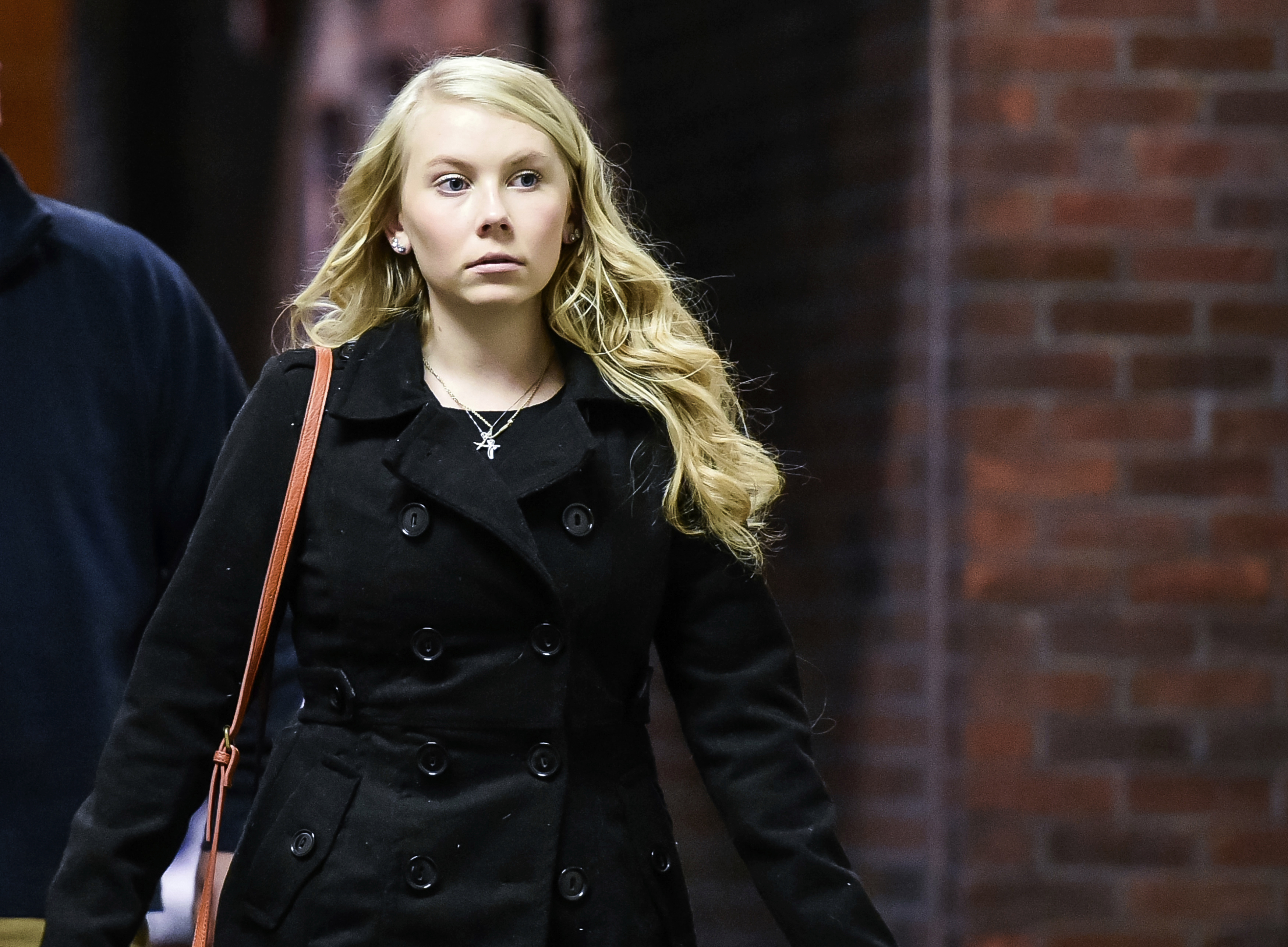 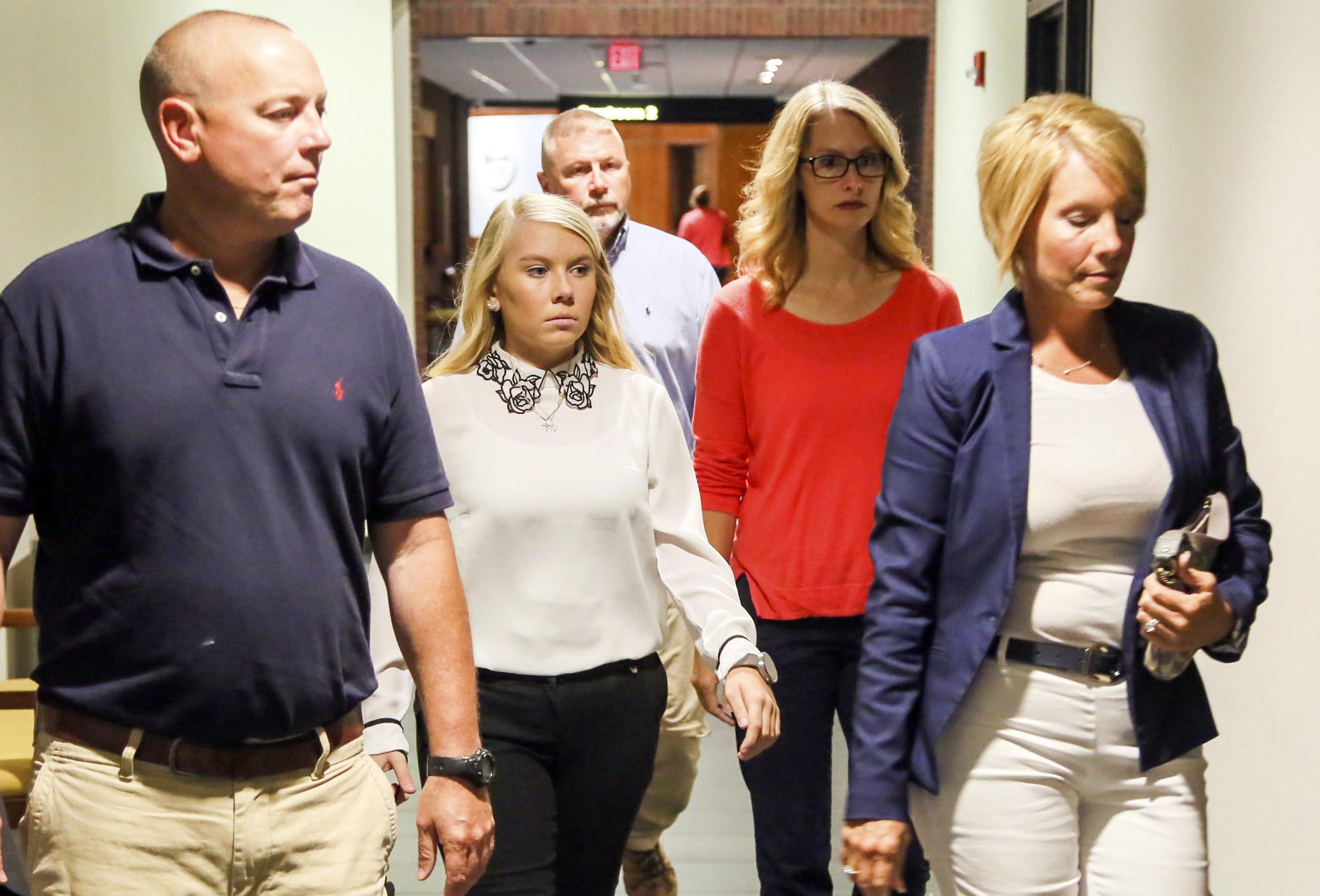 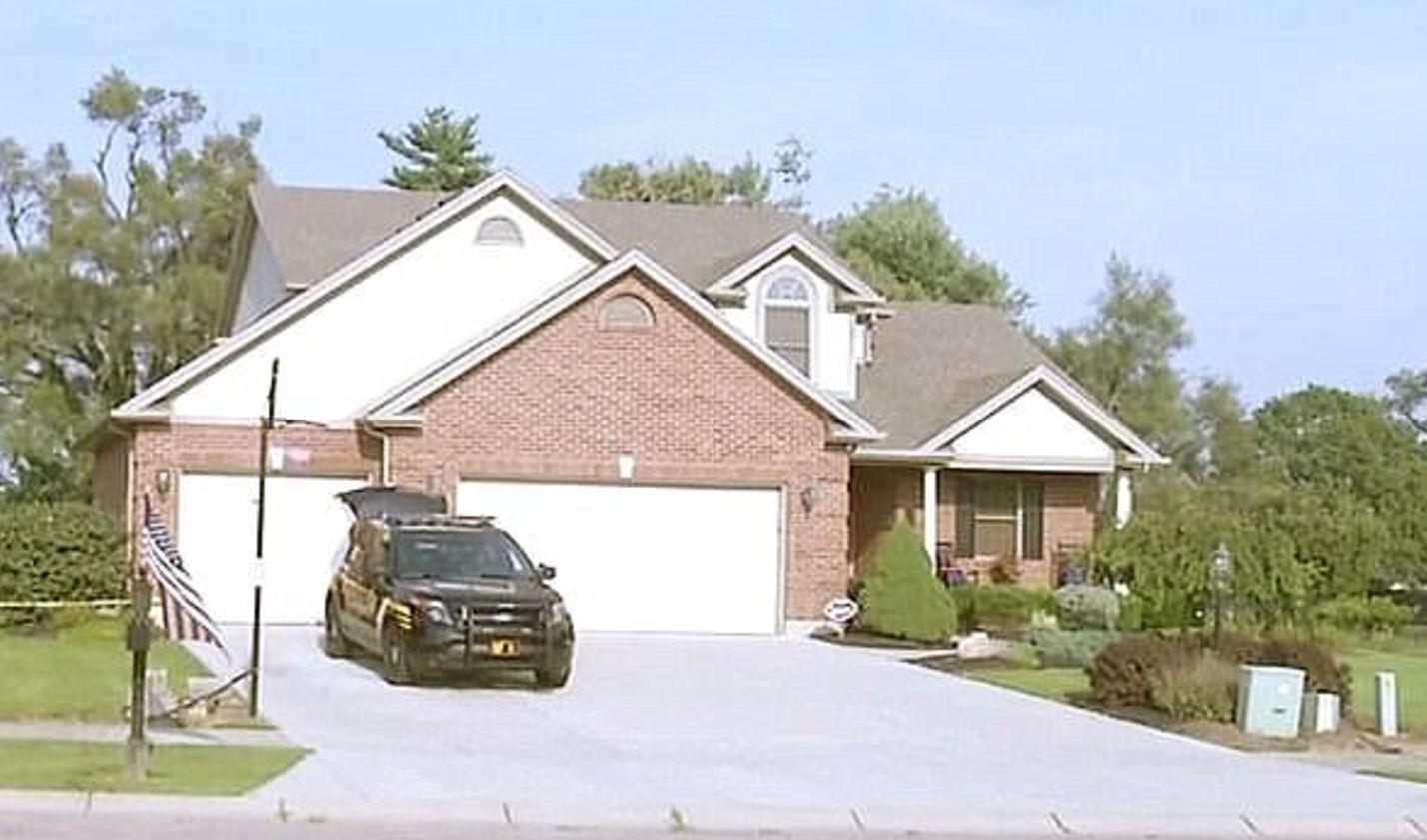 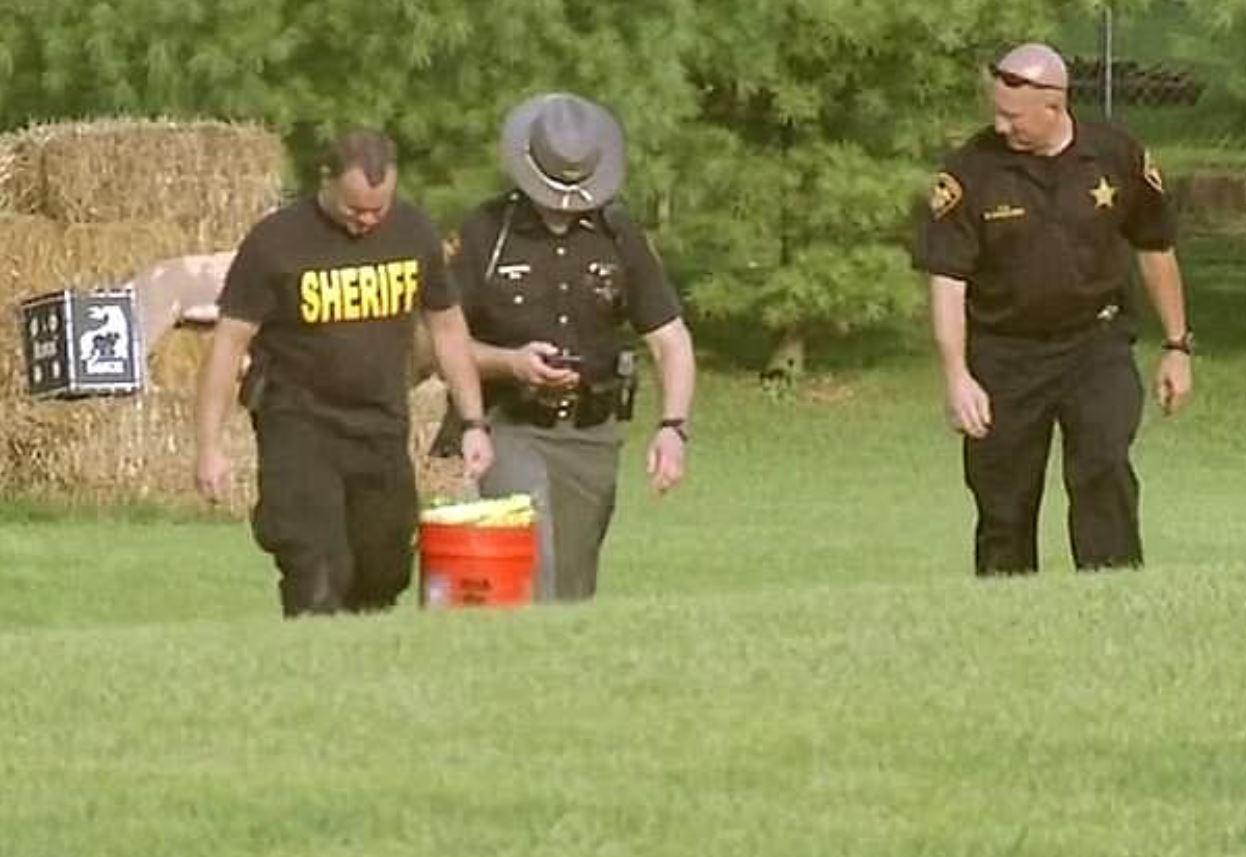 Saudi ambassador back in U.S. despite continuing firestorm over Khashoggi killing: AFP