She will join the Victorian Law Reform Commission to examine rape and sexual assault laws. 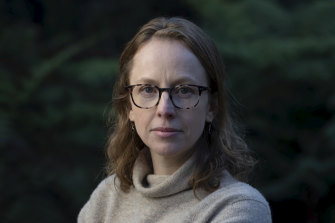 The appointment was made by Porter's Victorian Labor counterpart Attorney-General Jill Hennessy.

Foley recently appeared on the ABC’s Four Corners, which reported on sexual power imbalances in relationships and examined the lives of politicians and staffers in the Canberra bubble. It was highly critical of Porter and acting Immigration Minister Alan Tudge.

Foley denounced Porter on the program, based on her knowledge of him when they were at university together, saying she believed he was "deeply sexist" and a "misogynist".

Porter said in response to the ABC program that he was "surprised" to hear her reflecting on his character so long after they knew each other. He said he would keep his legal options open.

Two days after the program aired, Foley lost her seat at the Victorian Bar Council after a rebel ticket swept aside the council's entire governing body. But Foley is believed to not regard her Four Corners appearance as responsible.

The lawyer, who will continue to work as a barrister, is a prominent advocate for changing the profession's attitudes towards women and her Bar Council platform included building gender equity in the profession and fighting sexual harassment.

On Wednesday, Hennessy said Foley would bring a "tremendous amount of experience" to her role.

She has asked the commission to report on the state's laws relating to rape, sexual assault and associated adult and child sexual offences.

The Attorney-General also appointed Vivian Waller, who has 25 years of experience representing victim-survivors of sexual abuse, to the commission.

"The Victorian Law Reform Commission ensures that our legal system is inclusive and accessible for all Victorians and I congratulate Dr Waller and Ms Foley on their appointments," Hennessy said.

How To Be a Polite Stoner, According to Emily Post's Great-Great Granddaughter

Did ‘Little Women’ Leave Modern Water Bottles in the Background of a Scene?