Not your average after school project! Violet Owen, 9, struggles to control the naughty pet calf she’s raising as she steals the family’s laundry on another charming episode of Our Yorkshire Farm

Sheperdess Amanda Owen wins praise from viewers every week for giving her children a magical and no-nonsense upbringing, and in tonight’s episode fans of Yorkshire Farm can delight in her daughter Violet’s attempts to get her pet cow under control.

On the Channel 5 show, airing tonight at 9pm, Amanda and Clive Owen’s daughter Violet, nine, explained that she’s had to teach her pet cow Ciara ‘some manners,’ after the calf started eating the family’s laundry.

Violet has helped to feed and raise Ciara after her mother contracted an udder infection, and spends most of her time after school caring for her.

But Amanda revealed that in recent months, rebellious Ciara has taken to eating the family’s laundry, from socks to leggings and tops.

Father-of-nine Clive has to show Violet how to put Ciara on a leash to stop her wreaking havoc. 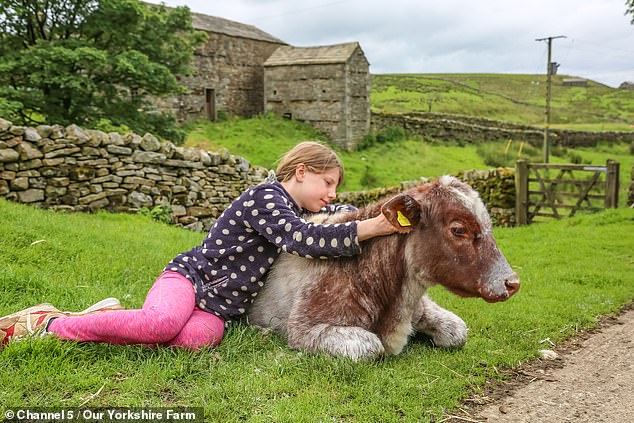 On the Channel 5 show, airing tonight at 9pm, Violet Owen, nine, explained that she’s had to teach her pet cow Ciara ‘some manners,’ after the calf started eating the family’s laundry

Tonight’s episode focuses on what the Owen children get up to after school, with Violet going straight into feeding and brushing her pet cow, with the help of her younger sister Clemmie, five.

But after the grooming session, the calf was caught on camera sneaking into the Owen’s living-room when no one was looking.

She was caught tugging at a sock before being caught by Violet, with mother Amanda quickly coming to investigate.

‘I can smell cow, has Ciara been in again?’ Amanda asked. ‘What did she get this time?’ 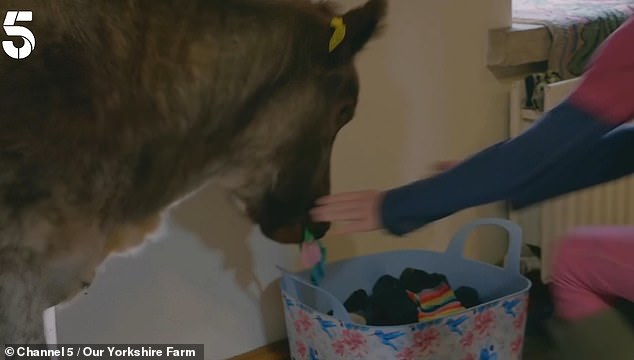 Five-year-old Clemmie, who was in the living-room at the time added: ‘Undies.’

‘Pants, socks, I think socks are her favourite,’ Amanda said.

‘What, some of them are actually gone,’ her mother asked, to which a sheepish Violet replied: ‘Yeah… I’ll teach her some manners.’

But thankfully, father Clive had a solution to teach Ciara how to  handle the situation.

The father-of-nine showed Violet how she could use a bucket to put a leash around Ciara’s mouth to keep her from sneaking into the house again. 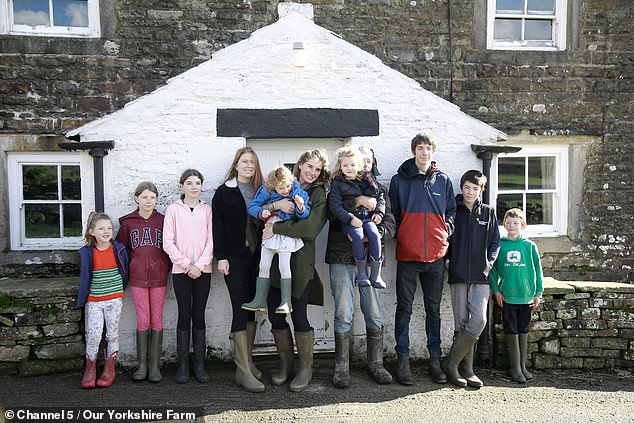 He put a halter around her neck and mouth, which didn’t restrict her breathing and could work as a leash for Violet to guide the cow.

‘Ciara’s getting a bit unruly, so let’s see if we can train her to be on a halter,’ he said.

‘Come on little monster cow, right, here we are, now it’s time to be good.’

Violet has spent the last nine months hand rearing Ciara after her mother suffered an udder infection, causing confusion for the calf.

‘She thinks you’re a cow but you aren’t, you’re just feeding her,’ Clemmie told her as the two girls were busy brushing Ciara’s hair. 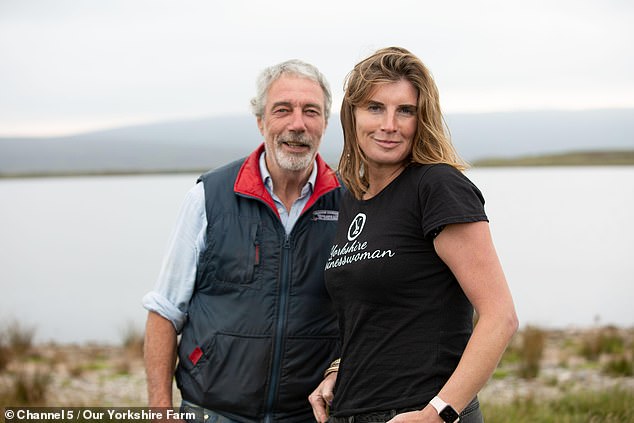 Amanda said Violet won’t want Ciara to follow her around when she’s older. Meanwhile, Clive, left, taught his daughter how to make the cow a bit more obedient

‘I think she doesn’t even know she’s a cow, she thinks she’s a person like us, I don’t think she knows what a cow is,’ Violet said.

‘She’s grown up with all of us, we visit her literally every morning and every night, so she’s used to us. And she comes into the house a lot,’ she added.

‘And she’s probably in her whole life, eaten about 20 pieces of clothing.’

Watching the sweet scene, Amanda suggested Violet won’t want Ciara to follow her around for long.

‘A pet calf can be a great source of irritation. As she grows into an adult cow, Violet definitely won’t want her following her down to the school bus and things like that,’ she said.

Our Yorkshire Farm airs tonight at 9pm on Channel 5.

27 Women Dish on Their Best Valentine's Day Dates Ever