Virgin Hyperloop CEO: Looking at transportation that can travel up to 670 mph

Virgin Hyperloop CEO Jay Walder on a new form of transportation that is incredibly fast, high-capacity and non-polluting.

Virgin Hyperloop, the technology company seeking to commercialize high-speed ground travel, is looking at transportation that can reach speeds of up to 670 mph, its CEO said Friday.

Jay Walder said the company is looking at a range of possibilities that include incredibly fast travel that is high-capacity and non-polluting.

Earlier this month, Virgin Hyperloop announced the selection of West Virginia as the site for its $500 million certification center that will serve as a test track. The concept of high-speed travel includes enclosed pods that will take passengers underground at speeds of more than 600 mph using electromagnetic levitation.

Construction of the facility is expected to begin in 2022.

Ideally, a trip from New York to Washington would take about 30 minutes. The technology would link American cities more closely, but also could effect the airline industry.

"I think it really works best for routes that are what the airlines refer to "short hauls," Walder said. "It's not changing New York to Los Angeles for example, but I do think it offers a much, much more convenient way of connecting cities across the country."

He likened Hyperloop to the creation of the interstate highway system under the presidential administration of Dwight D. Eisenhower.

"We now have in our mind that the time it takes to get between places is defined by the highway system," Walder said. "Today, if you want to go from Columbus [Ohio] to Pittsburgh, that's a three-hour trip. With Hyperloop, it's 25 minutes." 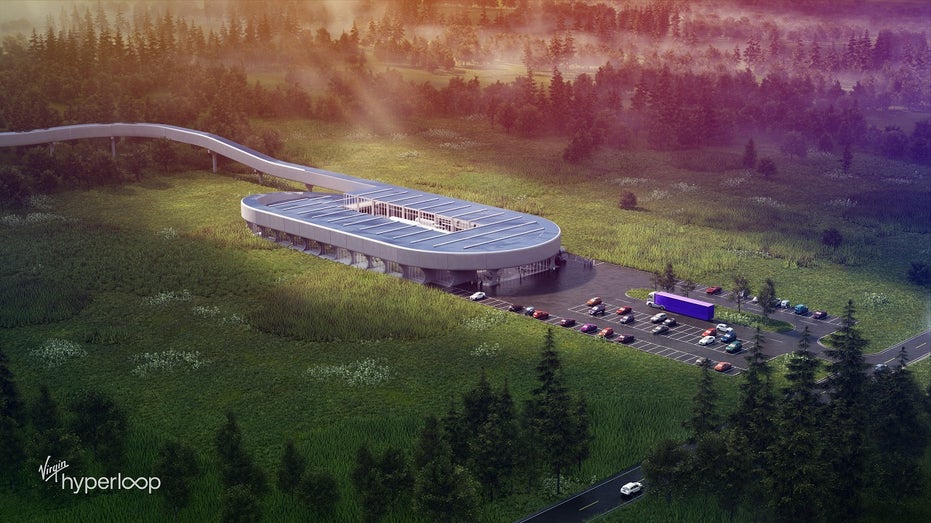 A rendering of Virgin Hyperloop’s slated certification center and test track expected to be built in West Virginia. (VIRGIN HYPERLOOP)

He added that a regulatory scheme of standards for the technology will be defined by the government.

"Ultimately, there will be standards that come from this. Certainly, we want to make sure that the standards that achieve the best outcomes for everybody," Walder said. "And I think we'll get there. I don't think that's the most difficult challenge for us to be able to meet."

How not to bag yourself a bug!