Australia’s largest bank has been accused by the country’s workplace watchdog of knowingly breaching its wage deals with employees as part of an alleged $16.4 million underpayment.

The Fair Work Ombudsman filed court proceedings on Monday that also alleged the Commonwealth Bank of Australia had made false or misleading statements to affected employees that said they would be better off under its pay deals. 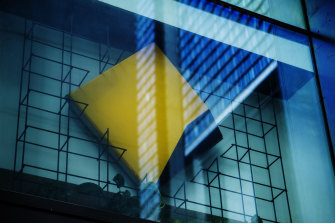 The Ombudsman claims the Commonwealth Bank’s conduct led to thousands of employees being financially disadvantaged.Credit:Louise Kennerley

In fact, the Ombudsman claims, the bank failed to conduct proper checks and make top-up payments to ensure more than 7000 staff on its enterprise agreement and individual pay deals were not paid less than either industry minimums or collectively negotiated rates.

Ombudsman Sandra Parker said the bank’s alleged conduct, along with that of its share trading subsidiary CommSec, “led to thousands of … employees across the country being financially disadvantaged year after year”.

The breaches claimed by the ombudsman span between 2015 and 2020, but the Ombudsman alleges some issues were internally acknowledged as early as 2011. The law only gives workers a right to six years of backpay in underpayment cases.

In its filings with the Federal Court, the ombudsman’s lawyers describe the contravention of provisions requiring staff to be better off as “part of a systematic pattern of conduct” that was done knowingly in the sense that it was either expressly or tacitly approved by the bank. 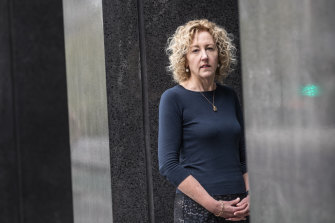 The lawsuit comes after CBA admitted in late 2019 that it expected to pay $53.1 million to tens of thousands of staff who had been underpaid.

At the time the bank blamed these underpayments on errors in its human resources systems, including those relating to payroll.

In an announcement to the ASX on Monday, CBA said the underpayments being targeted in the FWO legal action had been disclosed to the market previously, and it signalled it would try to settle the matter.

“CBA and CommSec acknowledge that any instance of employees not being paid their correct entitlements is unacceptable,” it said.

“CBA and CommSec will continue to engage constructively with the FWO to seek to resolve these proceedings.”

The bank said it had launched a program to reimburse staff who had been underpaid in 2018, looking at problems dating back to 2010, and it had co-operated with the FWO’s investigation.

CBA said its compensation payments were “substantially complete” and it had not signed any new “individual flexibility arrangements” with staff in the last two years. Those agreements, which are intended to let workers and employers customise pay deals even if there is an overall collective agreement in place, were responsible for more than $5 million of the alleged underpayments.

The Ombudsman alleges the bank acknowledged in 2011 some of these agreements may not leave workers better off as required.

“Businesses have a responsibility to their employees, customers and the Australian community to get it right by prioritising workplace law compliance, investing in their payroll systems and conducting audits,” Ms Parker said. “Boards should treat the lawful payment of their employees as a core governance requirement.”

The bank faces penalties of up to $666,000 per serious proven breach of the law and up to $66,000 for more minor issues. In August CBA reported a cash profit of $8.65 billion for the last financial year.