Home » Lifestyle » We haggled £11,000 off the asking price of our first home to save us from losing it

HAGGLING can feel a bit awkward if you’re not used to it – but it was worth it for first-time buyers Ben and Beca who got over £11,000 knocked off the price of their new home. 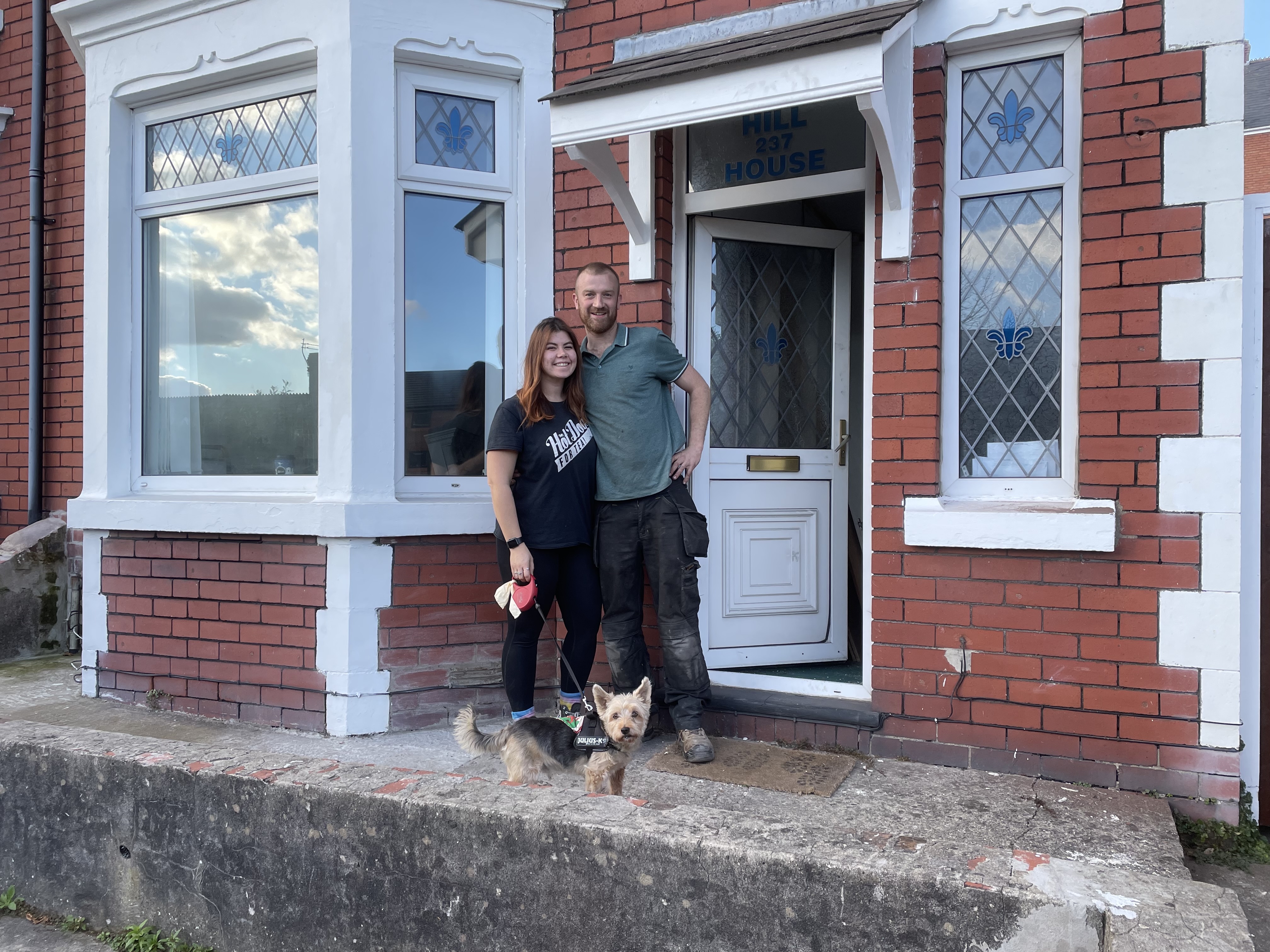 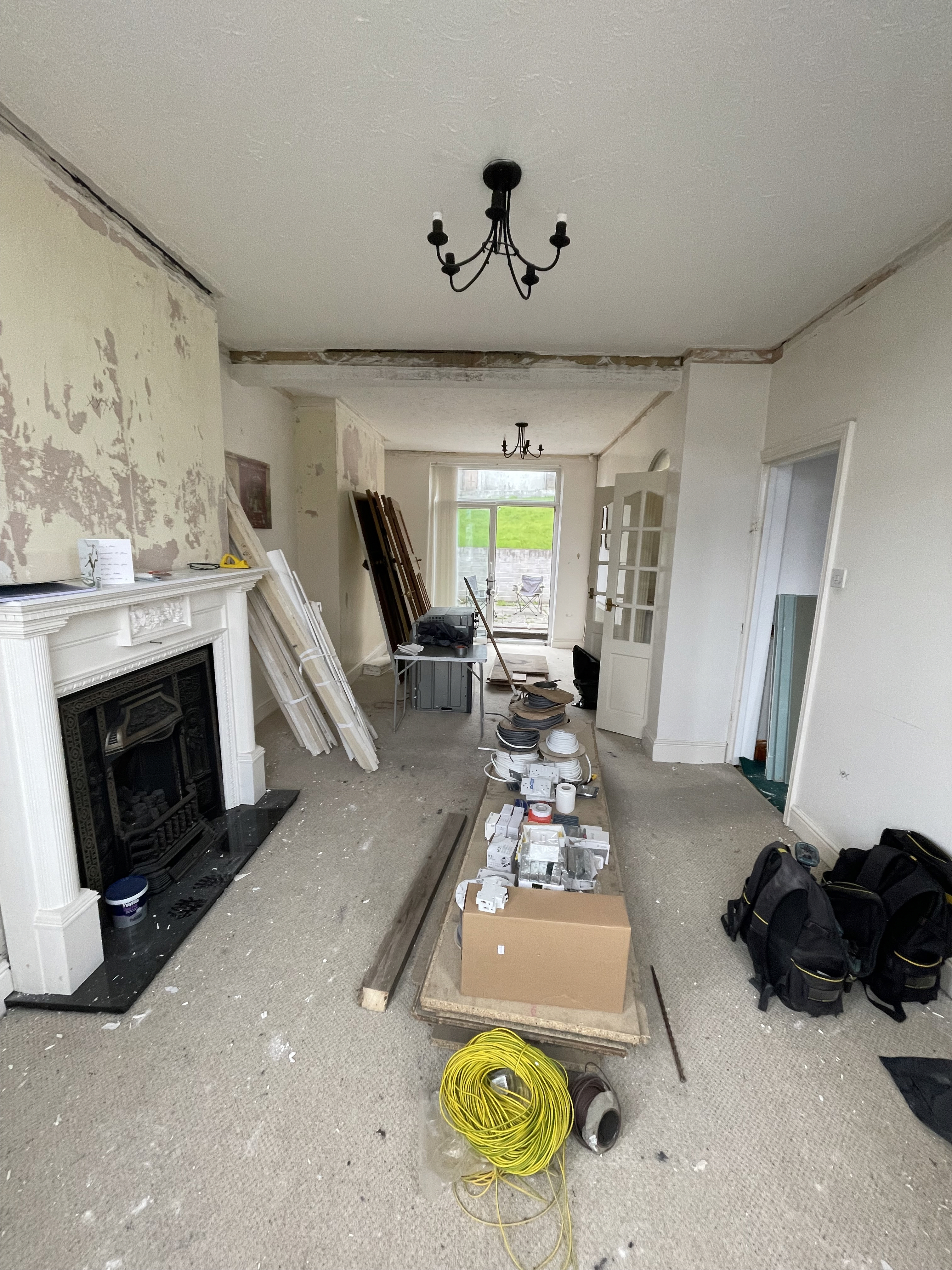 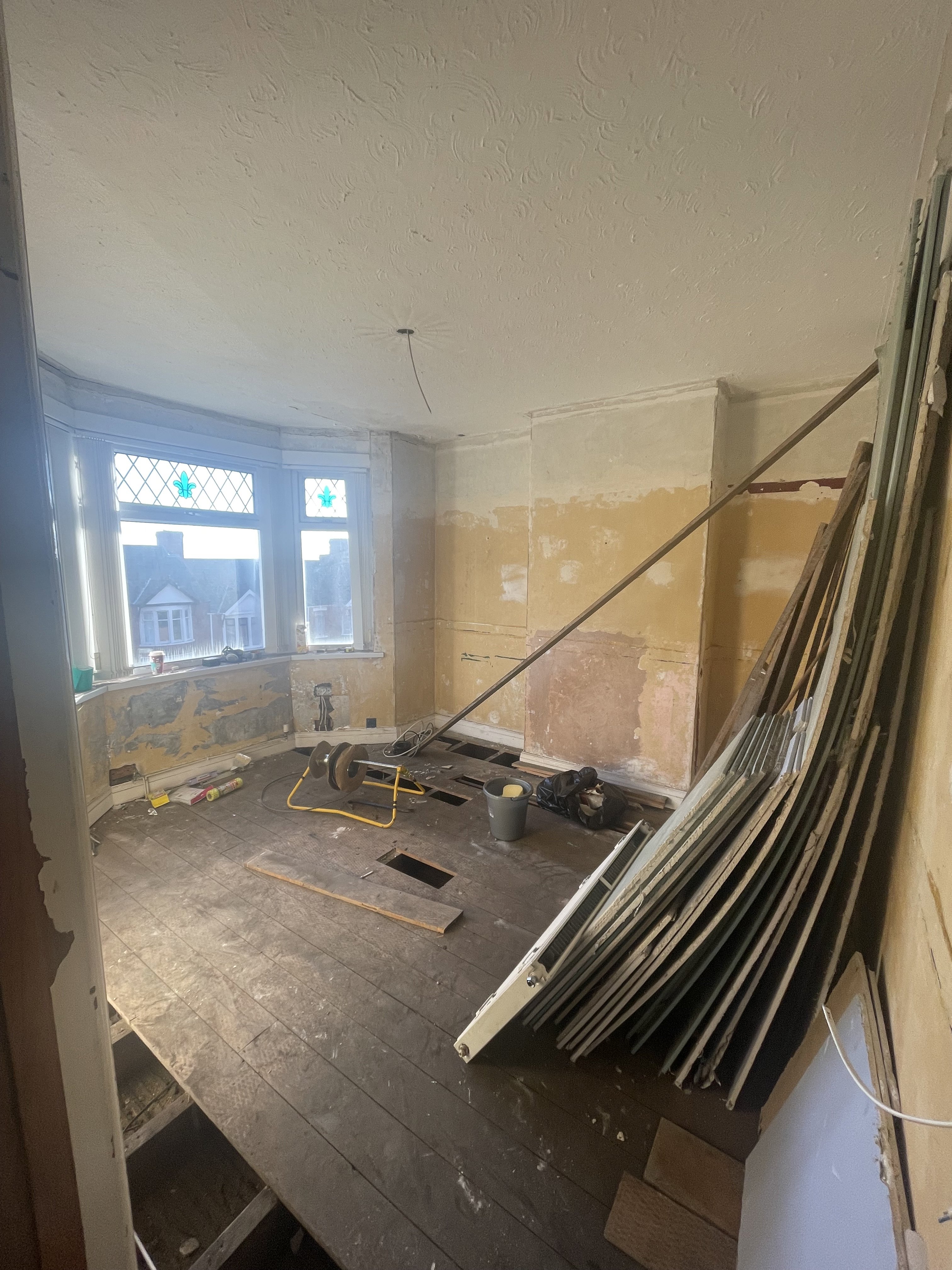 Negotiating a better deal proved to be a make or break moment for the couple’s house buying dreams.

But progress ground to a halt after the couple’s first lender said the property was worth just £205,000 after surveying it.

Refusing to grant them the full mortgage they wanted for the house, they lined up a deal with another lender – who also wouldn’t lend them the cash after valuing the home at £205,000 too.

In a last ditch attempt to make sure a sale would go through, Ben managed to knock £11,000 off the price tag after haggling with the seller himself.

It meant they finally bagged their dream home in October this year.

The couple were lucky enough to be gifted £10,000 from family to put towards the £37,250 deposit that was needed to secure the house.

They also lived with Beca’s parents for a year, only paying £400 a month in rent to help them boost their savings.

The couple ditched dinners out and romantic mini breaks to save £400 a month – and Ben took on extra hours to cash in on an extra £500 a week.

We sat down with Ben to see how he haggled his way to buying his first home for The Sun's My First Home series.

Tell me about your home

There’s lovely bay windows in the lounge and it was built in the 1930s.

We have an open dining room and living room space and a back garden which looks out onto the sea.

There’s a garage, but we’re extending it and we’ll add a roof terrace on top.

I’ve taken on a bricklaying course to do it myself, which I’m hoping will save me a lot of money.

We’re doing a lot of renovation work to the house – but we’re doing it on a budget.

The only thing we’re paying someone for is to get the plastering done, otherwise we’re doing the work ourselves.

We’re ripping out the lounge and dining room area, as well as all the bedrooms.

In the bathroom, all we’re doing is changing the flooring, and we’re keeping the kitchen too.

So far I’ve spent £400 on electrics, cable and materials and am budgeting to spend just £5,000 getting the whole house up to scratch.

We’re still staying at Beca’s parents while we do the house up.

How did you decide on the location?

The area we live in is up and coming, so we wanted to move and potentially add value onto the property.

Lots of our friends have also moved to the area, so we’re close to people we know.

Work isn’t too far away – it’s an hour commute for me, and under an hour for Beca.

We found the house on Rightmove.

How much did you pay for it?

But when we went to view it, there were loads of interested buyers taking a look around at the same time.

However, we ran into complications after that.

We were lining up NatWest to be our mortgage lender, and the bank sent a surveyor round to the house to value it before they officially agreed to lend us money.

We then got a mortgage in principle with Halifax – but when they sent a surveyor of their own over to value the house, they too estimated it was worth £205,000.

Again, that meant we were £11,000 short – and nearly had to walk away from buying the house.

He wanted a sale too, and was disappointed that the house had been overvalued in the first place and that time had been wasted.

But it was touch and go up until completion day as to whether he was going to go through with such a heavy discount – we thought he was going to pull out of the deal and we would lose the house again.

Our monthly mortgage repayments are £608.

How did you save for it?

Before we started saving for a house in 2019, we were spending more than we should have done.

We would go out and spend without thinking, and we liked having a nice time.

For three years we would go travelling on and off for months at a time – I renovated a campervan and we travelled around Europe and we did loads of skiing seasons.

But when we came back from travelling for five months in October 2019, we were broke and didn’t have a penny.

We decided then to ditch our expensive lifestyle and settle down to buy a house of our own.

Lockdown was a saving grace in some ways, as it really helped us stay on track saving money.

We didn’t go out at all or take the mini breaks away that we would usually do – we would spend anywhere between £300 to £400 on this, meaning that we saved thousands of pounds.

The one thing we’re good at cutting back on is shopping. We don’t really buy clothes or gadgets – which saves us a lot of money compared to what my mates spend on this.

Keeping an eye on ways to drive down our bills helped us save cash too.

After we paid off our mobile phone handsets, we said no to an upgrade meaning we just had to pay for calls, data and texts. That meant our bills went from £30 a month to £10.

I also took on extra hours to save as much money as possible.

During the day, I would work my normal job as an electrician for 10 hours and then work an extra three hours in the evening doing private jobs.

Were there any complications buying the house?

When I came back from travelling, I was self-employed for a year until the end of 2020.

It meant that we massively struggled getting a mortgage deal because of this.

If you’re a self employed worker, lenders may be less willing to give you a mortgage in some cases because you’re considered riskier to lend to.

It may mean you have to stump up for a bigger deposit and take out a lower mortgage.

We found it was really difficult to get a mortgage because I was self-employed.

We were applying for a mortgage in principle since February 2020 for a year, and weren’t getting anywhere – our application was just being pushed back and back.

To boost our chances of getting a mortgage, I asked my employer to take me on the books and put me down as a permanent member of staff in June 2021.

Our mortgage broker said that he had found a deal where I only needed a few payslips to get a mortgage so we didn’t have to wait too long for an offer.

It was really frustrating having to take a pay cut instead of getting paid freelance rates.

But I was willing to take the cut in order to increase my chances of getting a home.

What’s your advice for other first time buyers?

Every penny counts when it comes to saving.

If you put a regular amount aside each week or month, it will soon build up.

Try to do most jobs yourself if you’re able to if you’ve decided to buy a do-er upper.

You can pick up plenty of tips up on the internet from other buyers who have done the same thing – although in some cases, it might be worth spending more on getting a professional in for jobs you really can’t do it yourself.

Here's how one couple saved up nearly all the deposit needed for their £255k first home by selling their cars and old junk.

Being on furlough didn't stop these two first time buyers bagging their first home – here's how they did it.

Being tight with money helped this first time buyer get on the property ladder. 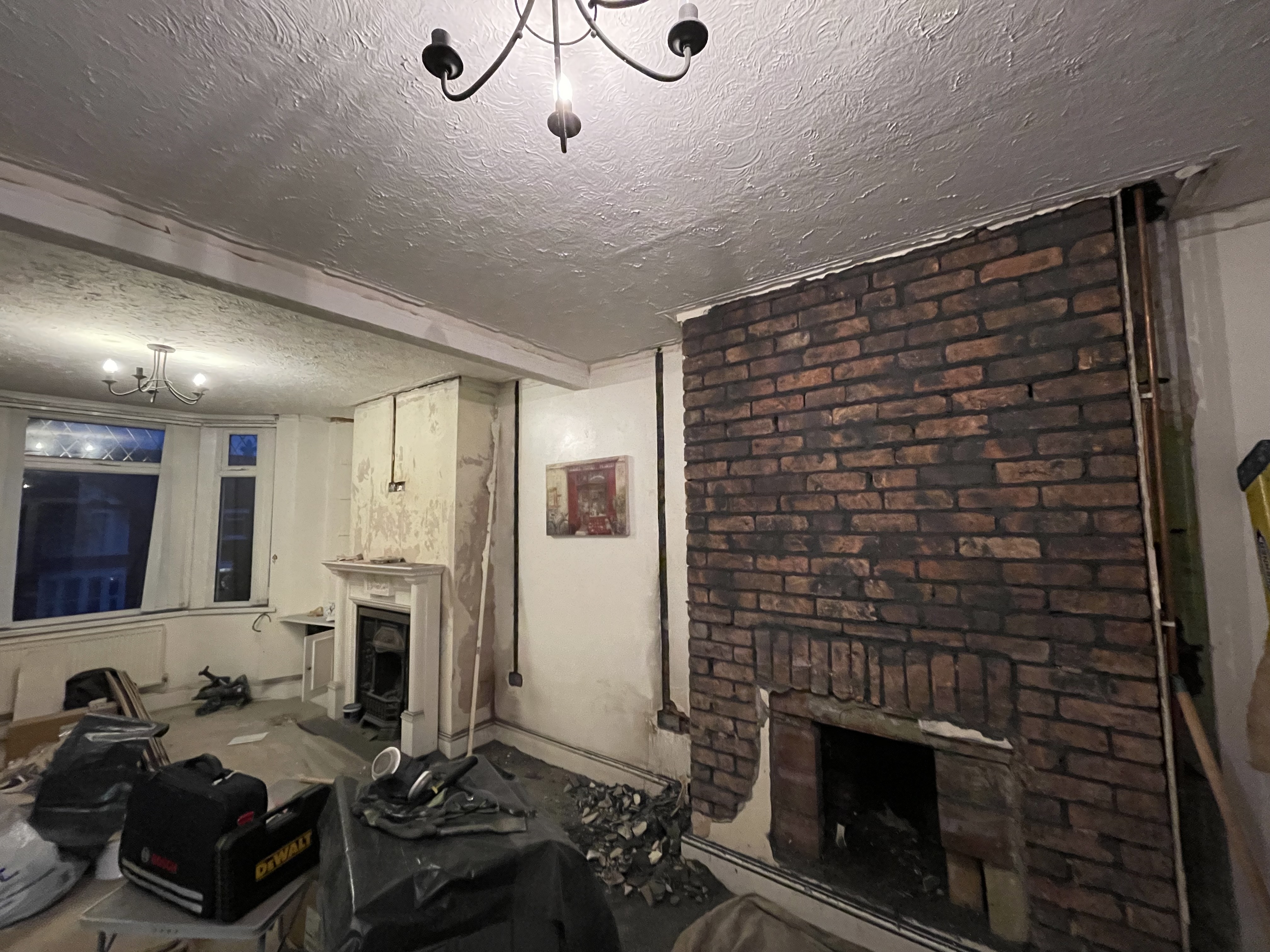 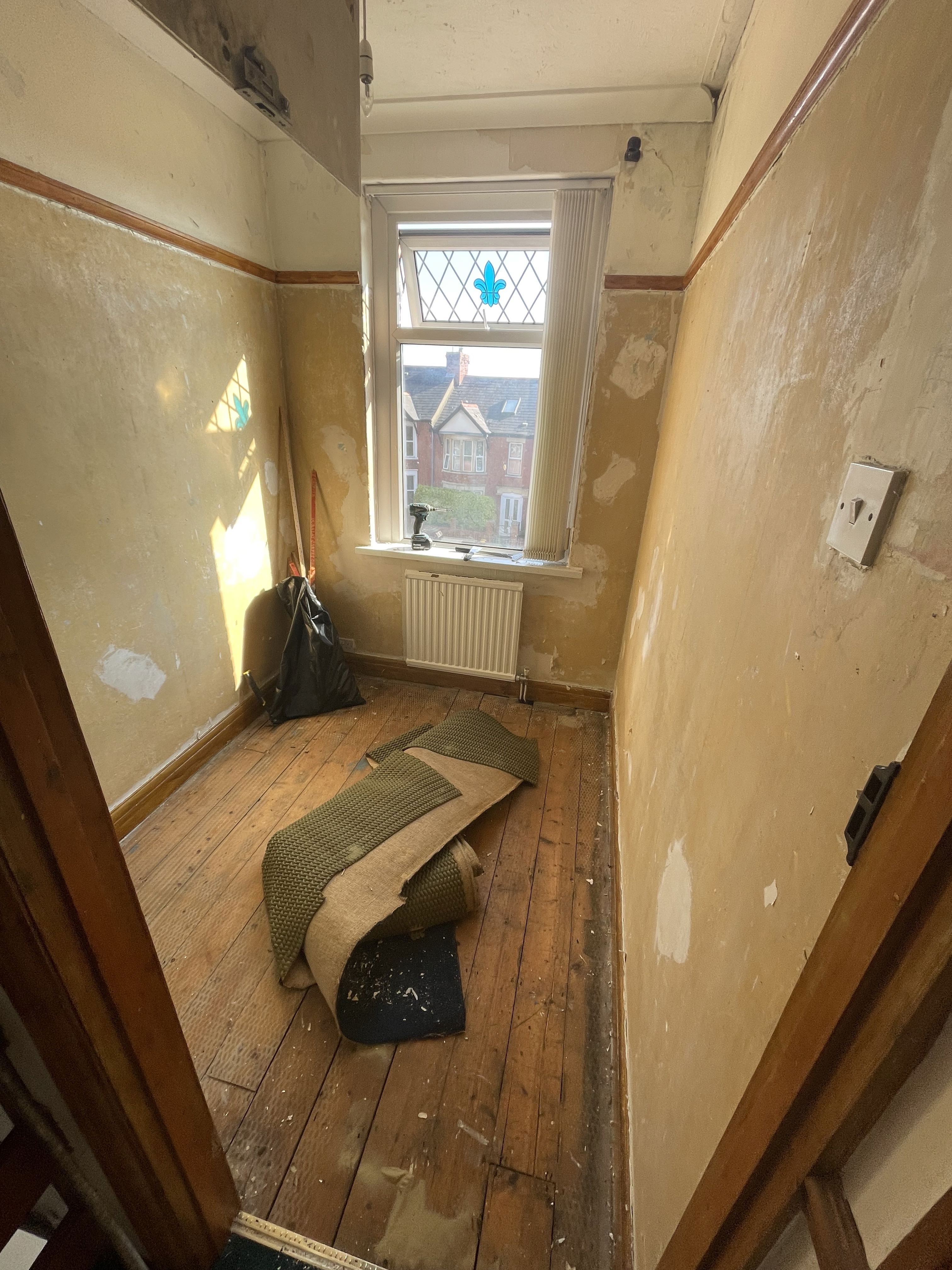 12 Valentine's Day Gifts You Can Get at Costco

Lake Fire Burns Through 10,000 Acres North of L.A. and Continues to Spread: 'A Fire Tornado'