What you REALLY want to say in those work emails! Employees share the hilarious meanings behind polite corporate jargon – including the rage masked by ‘I’m a little confused’

Getting the right tone in a corporate email can be tricky, especially if you’re a typically polite British employee.

As a result, many office workers end up sending emails laden with corporate jargon that tiptoes around what is really wanted – as demonstrated in a hilarious viral Twitter thread.

American journalist Delia Paunescu kicked off the popular thread, asking users what their most hated email phrases were, racking up almost 100,000 likes, retweets and replies. 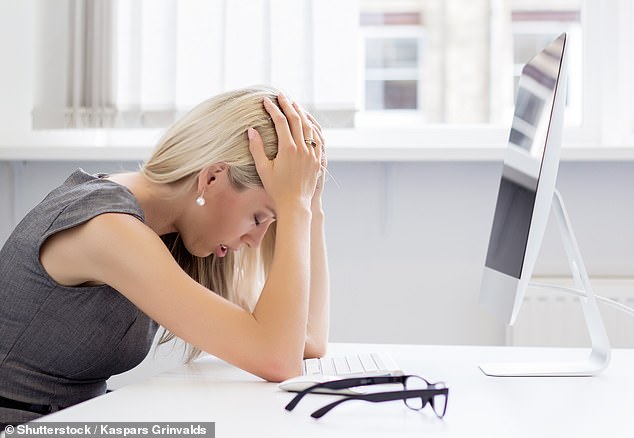 Taking to social media, Delia shared this tweet and asked people for their favourite examples

Taking to social media, Delia said: ‘I’ve recently become obsessed with all the insane corporate ways we say normal things to each other.

‘I’m a little confused’ is by far my favorite – it’s absolute rage masked as a professional pleasantry. What are some of your best/most insufferable work gibberish phrases?’

Many replied decoding the most awkward work email interactions, including one person who argued that ‘Hope that helps!’ is a passive aggressive way to say ‘here’s the info but I’m not going to draw you a d**n map.’

Another shared their exchange from the morning, writing: ‘Thanks for looping me in’ equals ‘You should’ve come to me 27 emails ago and I would’ve saved you 26 emails, dummy’.

Meanwhile another said: ‘In future, please [do X different thing]’ means ‘In future we won’t be interacting because you’re dead to me’.

Followers were quick to share their favourites, with many pointing out how passive aggressive the jargon is

Elsewhere one explained how ‘I hope this helps!’, really means, ‘never ask me for anything ever again’.

And one Twitter user wrote: ‘I’m sorry, I think my email/statement probably wasn’t clear. Hopefully this helps’, really implies ‘you’re either stupid or deliberately ignored what I said/asked’.

Other amusing responses included the phrase’I’m balancing a lot this week’, which implies: ‘Just a quick reminder that I’m not your employee’.

And elsewhere one demonstrated how some pull rank with the expression: ‘Give the details to my associate’, which implies ‘You’re too insignificant for my time, but just important enough to waste my minion’s time’.

Meanwhile a quick exit line was: ‘I’ll let you two take it from here’, which means: ‘I’m not a part of this and don’t want to be’.

And finaly one person joked: ‘We all know signing a letter or email with ‘Regards’ is really giving someone the bird’.

One Twitter user wrote: ‘I’m sorry; I think my email/statement probably wasn’t clear. Hopefully this helps’ implies ‘ you’re either stupid or deliberately ignored what I said/asked’