I’ve technically never watched any of the Avengers films, nor have I read the comics, but one thing I am familiar with is a great outfit, which is why I like Torrid’s latest superhero-themed collab regardless. If you are a Marvel fan in any capacity, chances are you’ll know more about the symbols and references on the clothes, so you’re probably curious as to exactly what’s in Torrid’s Avengers: Endgame collection. You won’t find any full-on superhero costumes, but instead, a variety of chic pieces to don on the daily, from activewear to jackets and tees, to even a swimsuit I can’t get over. More on that later.

Torrid’s collection is a collaboration with clothing brand Her Universe, and everything launched on the Torrid site on April 4. The actual Avengers: Endgame film won’t hit theaters until April 26, so you’ve got a ton of time to snag your premiere-ready look in advance. If you aren’t exactly a cosplay kind of guy or gal, a piece from this line is the ideal happy medium, as you can show your support but keep your own personal style. The Her Universe Marvel Avengers Endgame Bomber Jacket ($67, originally $89, torrid.com) is exhibit A (Quite literally!), and you could easily throw it over your usual jeans and a tee for a Marvel-appropriate fit. 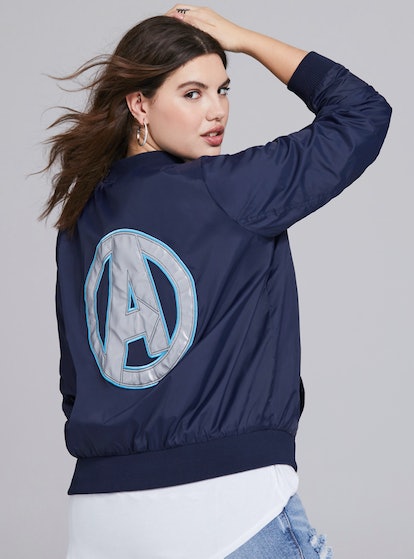 Overall, there are 29 pieces in the collection, and another that caught my eye was the Her Universe Marvel Avengers Sleep Top ($28, originally $37, torrid.com), which I would most definitely sport out in the world in addition to wearing to bed. I love the old-school, baseball-style fit, and if you told me this was vintage, I’d honestly believe it.

Maybe someone who knows the charcters and their costumes would be able to call your bluff, but I’m here to say that, as someone who doesn’t watch or read the content, I think it’s a cute shirt, and I’d definitely compliment you/believe any and all vintage claims. 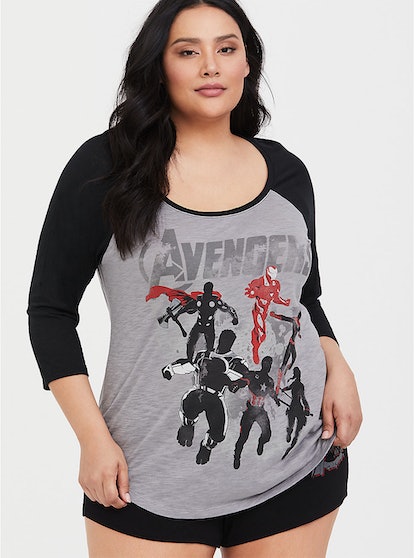 If I’m playing favorites, though, the activewear set is my number one must-have: 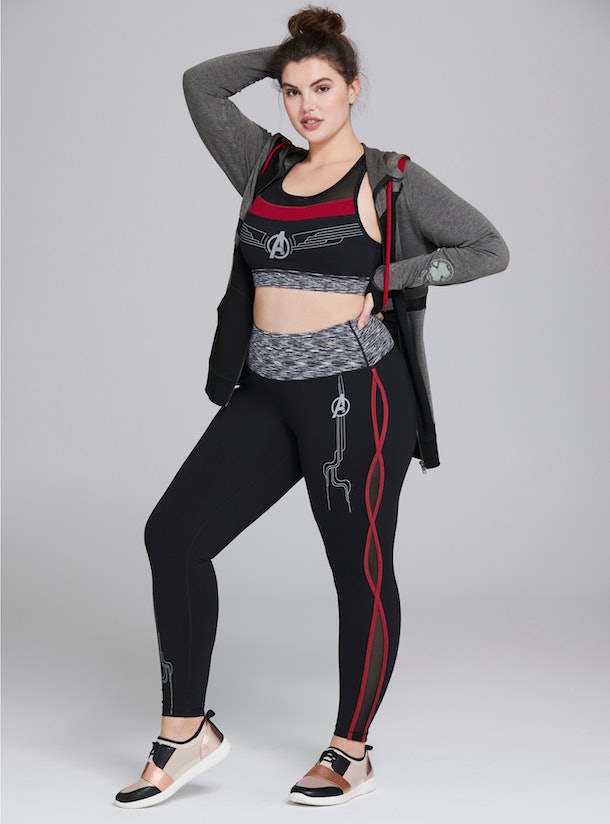 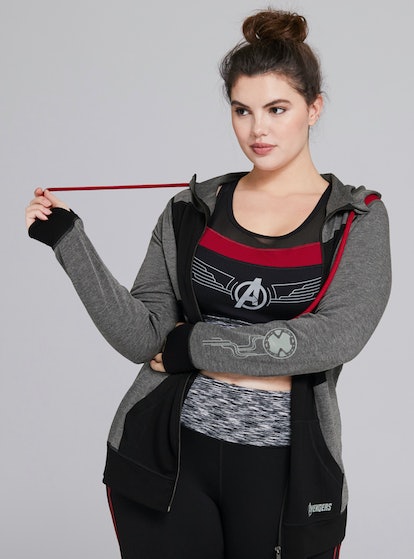 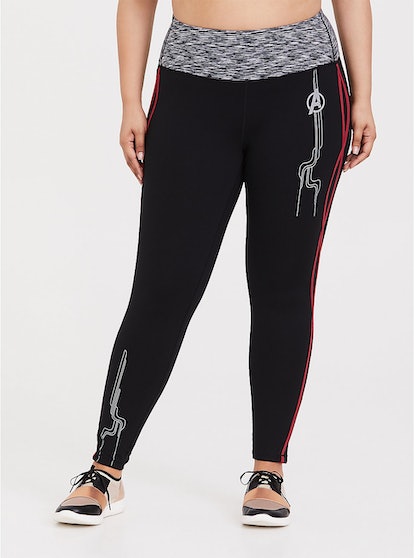 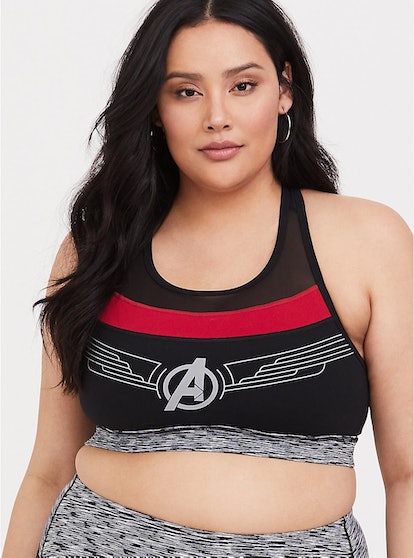 Last up in my list of can’t-miss pieces is the unbelievably cute Her Universe Captain Marvel Wireless One-Piece Swimsuit ($74, originally $99, torrid.com). Someone, anyone, please invite me to your superhero-themed beach party.

Should I throw my own? I just need an excuse to wear this. 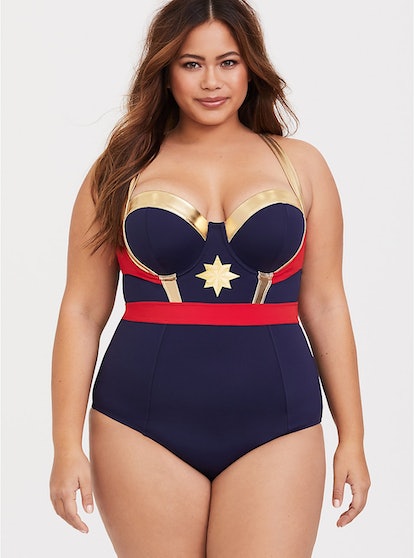 If you’re looking for an outfit to wear in celebration of the new film, the entire collection is live now on the Torrid site under their Fangirl tab, and what’s more, with the sale going on ATM, a ton of the pieces are discounted. I can’t promise they’ll turn you into a superhero, but they will ensure you look super cute and feel super good when you wear them, and what more can you ask for?