Home » Lifestyle » When Does ‘American Gods’ Season 2 Premiere? Fans Should Get Excited

The year 2018 saw more scripted show premieres than ever before in the history of the medium. And yet, it was an off year. Several series took the year off for various reasons. From True Detective and Game of Thrones to The Crown and American Gods, production and scheduling issues delayed their seasons until 2019. But the good news is, with less than a month to go before 2019, these shows are finally getting premiere dates. True Detective returns Jan. 13. Game of Thrones returns in April. So when does American Gods Season 2 premiere? Fans will be glad to know the wait isn’t long now.

American Gods‘ delay was one of behind the scenes disagreements about the shows’ direction, as well as budgetary issues. Showrunners Bryan Fuller and Michael Green were let go from the production in November of 2017, despite a critically lauded first season. Their departure took out two of the bigger names in the cast as well, as Gillian Anderson and Kristin Chenoweth decided not to continue without them.

Since then, the show has been plagued with rumors of behind the scenes turbulence. Rumors the replacement showrunner also was benched surfaced, as well as reports of on set fighting between the actors and the directors.

But for all the drama behind the scenes, the show must go on, and the long-delayed second season now finally has a premiere date, as announced by series star Ricky Whittle:

Despite all the drama, the season order has wound up being the same as the first season: 8 episodes all told, bringing the series count to 16.

Author Neil Gaiman, who wrote the original novel upon which the series is based, says Season 2 will be as topical as Season 1 was back in 2017.

Speaking to Deadline, he said: 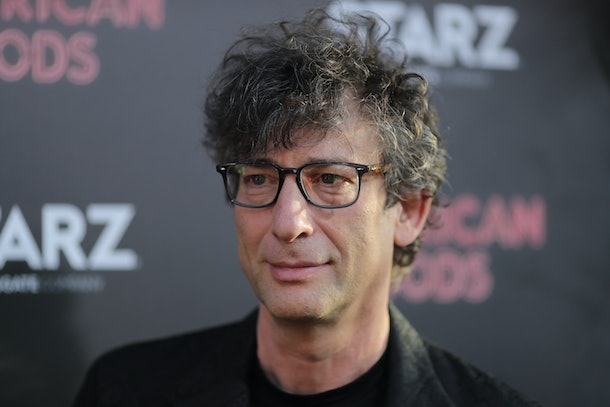 Gaiman is in a position to know. The departure of Fuller and Green has meant he’s been more involved with American Gods second outing.

Whittle’s announcement about the show going to Amazon the day after the premiere on STARZ is notable. Most premiere announcements don’t bother to note the second run rights to streaming. (Nightflyers, for instance, did not include the show will premiere on Netflix later in December after it finishes airing on Syfy.) But with Gaiman’s other novel with Terry Pratchett, Good Omens, premiering on Amazon and the author inking a deal to create new series for the streaming service, perhaps having them support American Gods‘ return is good for everyone.