‘My secret lover improved my parenting’: Unfaithful wife says cheating on her husband made her a BETTER mum to their two young sons

A woman has revealed how cheating on her husband, and the father of her two children, made her a better mother.

The mother, whose post appeared in Mamamia, explained how she became happier, more easy going and more loving after she started having sex outside her marriage.

And she says her positive mood change impacted the way her two sons, eight and nine, interacted – not only with each other but with her and in public. 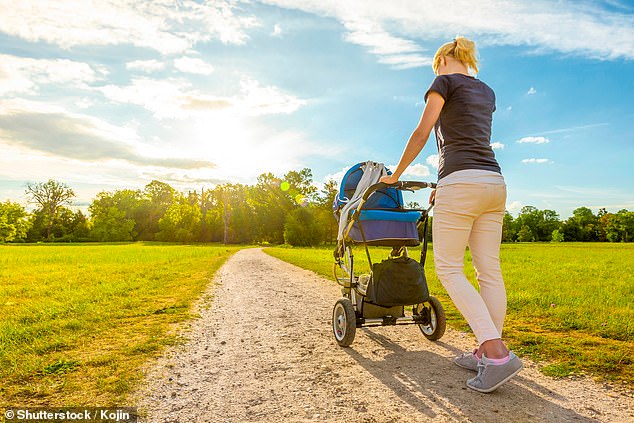 A woman has revealed how cheating on her husband, and the father of her two children, made her a better mother

Key signs of the Serial Cheater

* They are harder to detect because they have mastered their craft

* They use lines like ‘why are you being so insecure all of a sudden?’

‘Before I met my lover, I often received calls and emails from my eldest son’s teacher about how he was disrupting the classroom,’ she said.

‘My youngest was still unable to read. I believe our miserable home life was affecting both my sons’ ability to sit still and learn,’ she said.

She said she notice the ‘disorder’ in her home quietened after she started seeing the other man.

She no longer felt the need to start fights with her husband and didn’t crumble every time her children stepped out if line.

The mother said she began seeing positive changes straight away – and was more scared her kids would notice her deception than her husband.

* Staying back at work more often

* Travelling or going out more

* Spending more time with the kids

* Looking more animated on the phone

* Increased and suspicious social media use

* Being manscaped or waxed to perfection

* New clothes or lingerie that you haven’t seen on

She let them have lollies and too a softer approach to them because of this guilt.

The mother said she first noticed how much things had changed when she was at the supermarket and her youngest son pulled her in and gave her a kiss on the cheek.

Her eldest son then helped pack the shopping bags – to the delight of onlookers.

In the car, after the eldest child’s ‘device’ had died, the two children started screaming as he wanted to share his brothers but instead of yelling at them she was calm. Which was unusual – as the unhappy version of her self would have screamed at them.

Her quiet, calm tone made them calm – and they happily shared the device.

Before the affair the mother was too unhappy to provide her sons with the love and attention they needed – taking a lover put her in a good mood and her kids benefited.

The woman left her husband, eventually, but says without the affair she wouldn’t have been able to.

The affair helped her to realise she did not love her husband.

And while she says she does not promote cheating she is happy to admit it helped her family.

These are London’s most “affordable” postcodes (where a house still costs well over £250,000)