A woman is living in fear of her ex-husband who secretly drugged her during their 17-year marriage, because she believes he will eventually ‘get his revenge’.

Candice Lee, 51, from Newhaven, Derbyshire, told of her terrifying five-month nightmare on This Morning sharing how vile Stephen Lee would spike her food and drink with anti-depressants and sleeping pills.

It was also found by police that Lee, 51, had set up a spy camera in their bedroom to take naked photos of her that she had no recollection of.

Despite pleading guilty to the drugging and voyeurism, Lee walked free from prison in February this year with a 16-month sentence suspended for two years by Derby Crown Court, which Candice believes is not long enough and is appealing.

She said: ‘He is still working for the same company, he is out on the street.

‘Yes I’m definitely in fear. I know he’s going to get his revenge. Not if but when he does it, I want people to remember me for the person who tried to get justice for what he’s done.’ 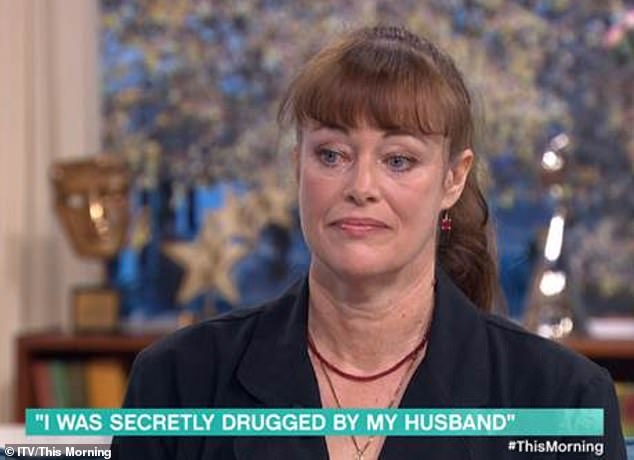 Candice Lee, 51, from Derbyshire, told on This Morning how she was secretly drugged by her husband Stephen Lee during their marriage when she threatened to end it

Candice, who shares 17-year-old daughter Rhona with Lee, explained to Eamonn Holmes and Ruth Langsford how it felt being deceived by the man she trusted.

‘When you first meet somebody you don’t expect it to turn sinister.

‘When you’re thinking of domestic abuse you think of someone hitting you, shouting at you and demoralising and ruining your confidence.

‘He did all of that. On top of that it was the drugs he was giving me.’

She said soon after they married in 2001, that Lee became like ‘Jekyll and Hyde’ and would punish her by not speaking to her for eight days for no reason.

Back in 2016, Candice discovered that her husband had moved out thanks to a text message to their daughter, telling her he wasn’t coming home.

She pinpoints April 2017 as the moment she suddenly started feeling unwell.

Candice was worried she was being drugged but because she didn’t know what exactly it was, doctors told her they were unable to test her. 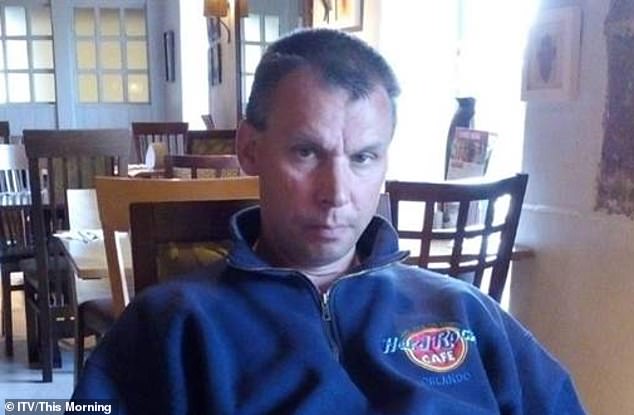 Desperate to uncover the truth about her ill health, Candice went to the police in September 2017, who recommended she go to Derby Royal Infirmary A&E.

A urine test revealed she had been unknowingly consuming sleeping pills and anti-depressants.

Police searched their marital home and unearthed empty pill packets in their bedroom drawers as well as the hidden camera.

‘I felt so sick. They found in a speaker a hidden video camera. And they also found some hard copy photos in his drawer.’

She didn’t have any recollection of the photos, explaining she could barely look at them because they were of her and different body parts while she was unconscious. 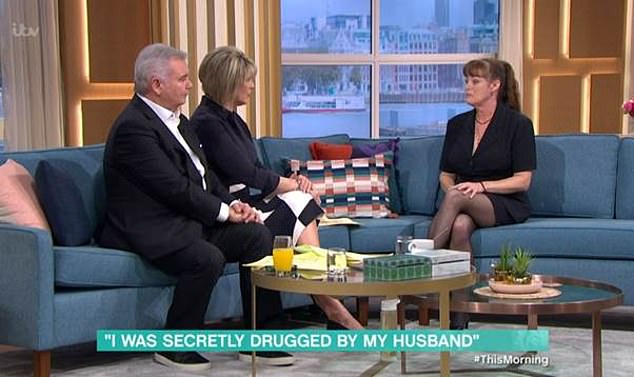 Candice explained that Lee would spike her food and drink and noticed when she began to feel unwell. At first doctors were unable to test her because they didn’t know what to look for

Candice said of her horrifying experience: ‘When he used to drug me within five or 10 minutes I’d be completely out of it. He wasn’t just drugging me, he was overdosing me.

‘To start with it was mainly food. I like spicy food so it was putting it in curries and things like that.’

Questioned by Eamonn if she believed Lee’s sentence was lenient because he was her husband, Candice agreed.

‘I think you could be right. I don’t know why he got such a low sentence as he did.

This Morning airs weekdays on ITV at 10.30am

BiP's Joe Reveals Where He and Serena Are Moving, When They Plan to Wed