Yuroke MP Ros Spence has been elevated to the frontbench after the resignation last week of senior minister Gavin Jennings in a move that means cabinet will for the first time have more women than men.

Ms Spence, 49, who was elected to the northern suburbs lower house seat in 2014 and is part of Mr Jennings' Socialist Left faction, was the parliamentary secretary for Road Infrastructure. 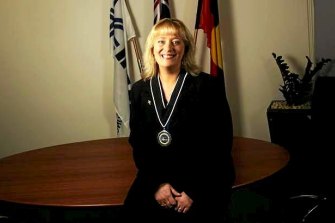 Ros Spence has been elevated to the front bench. Credit:Darren Howe

She was a councillor at Hume Council for six years, including one term as mayor.

After his election win in 2018, Premier Daniel Andrews unveiled a frontbench with an equal gender split. Ms Spence's promotion means there are now 12 women and 10 men in the cabinet.

Mr Andrews said: "Ros has been a tireless advocate for her community and will be a strong addition to our cabinet."

There are no byelections for an upper house MPs, so Mr Jennings' succesor in parliament will be chosen by the Labor Party.

Lee Tarlamis, Mr Jennings' former chief of staff and a one-time upper house MP, is expected to be selected.

Under party rules, Mr Jennings' vacant spot in the cabinet had to be filled by a member of his faction.

Mr Jennings held the the portfolios of Special State, Aboriginal Affairs and Priority Precincts and was leader of government in the upper house.

Ms Spence will take on the portfolios of Multicultural Affairs, Community Sport and Youth.

Agriculture Minister Jaclyn Symes will become leader of the government in the upper house, while Health Minister Jenny Mikakos will be her deputy. 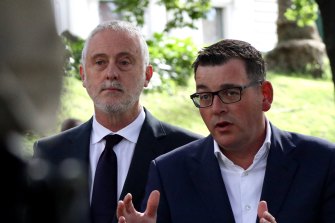 Mr Jennings, 62, one of the Premier's closest tactical and factional allies, told Parliament he had served his final day as he gave his valedictory speech on Thursday afternoon.

"From my first speech until now my last, no one has really bothered to mess with me while I'm on my feet in the Legislative Council," Mr Jennings said.

"Although some usurpers took the opportunity to exclude me from the chamber … but clearly all that is forgotten now, and I will be forgotten soon because today is my last day."

Mr Jennings was suspended from the Victorian Parliament for six months in 2016 when he refused to produce government documents related to the Victorian Comprehensive Cancer Centre, Melbourne grand prix and planned coal projects.

One of his final ministerial achievements was an announcement on Wednesday of $10 million in funding to start work on a redress scheme for the stolen generations.

Spotted: AirPods For The Same Price They Were On Black Friday