Home » Lifestyle » Would you move your elderly parents in when they can't look after themselves? 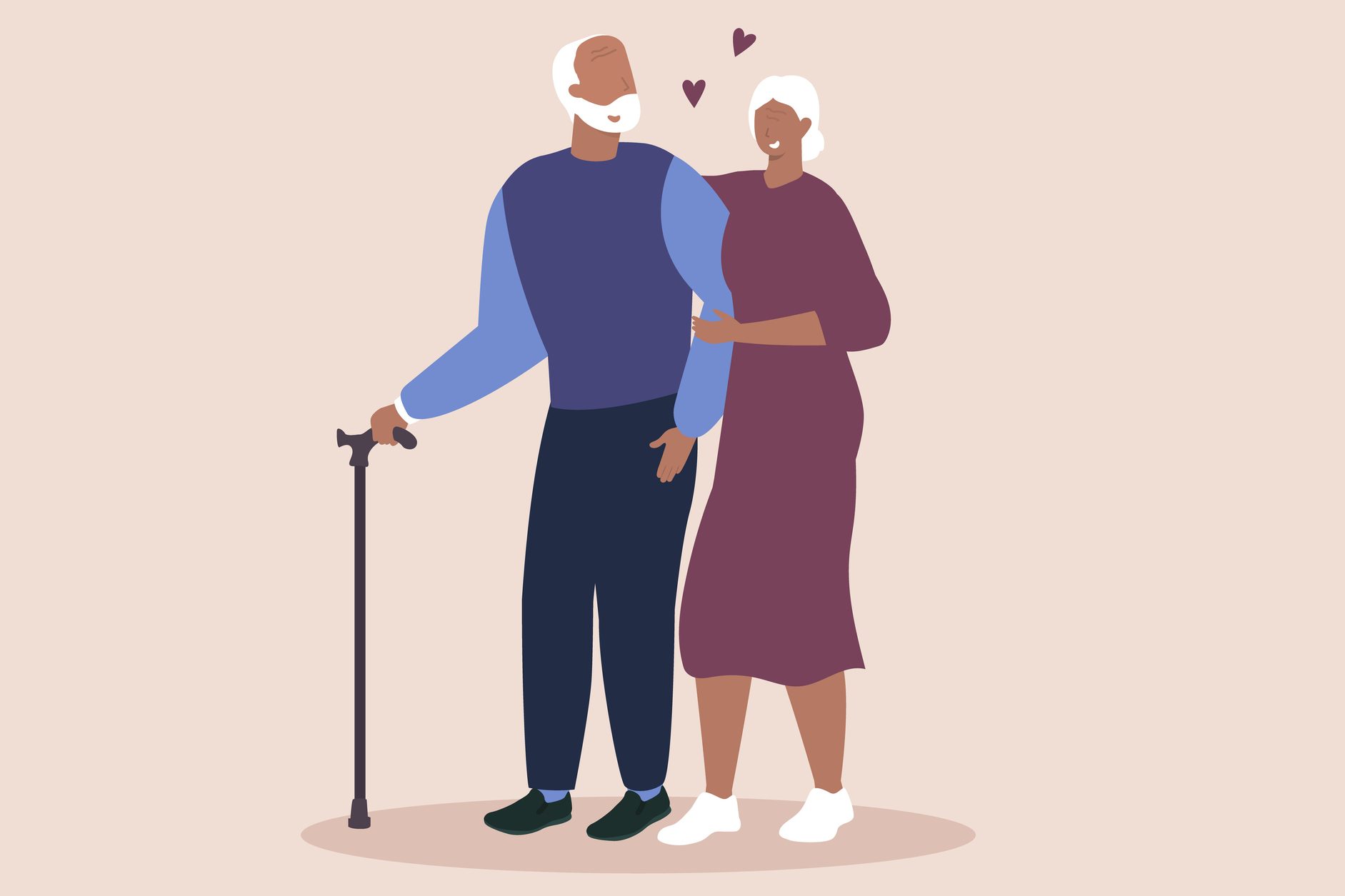 For most people, the reality of our parents getting older and needing more help isn’t something we really like to think about.

But, as we are staring down the barrel of a looming social care crisis, and the cost of living continues to spiral – it may be something we should be preparing for.

So, what will you do when your parents reach the age when they are no longer able to live independently?

Unless your mum and dad happen to be incredibly wealthy and well-prepared for the future, it is likely that the decisions about their care, and a proportion of the cost will fall to you.

New research has revealed that 40% of the nation wouldn’t consider letting a parent move into their house once they became unable to live without care.

This is despite more than a quarter (28%) of the adults with polled admitting they have serious concerns that their elderly parents aren’t currently safe living on their own.

Similarly, 33% worry about their mum and dad’s physical health, yet 81% admitted they are reluctant to have a conversation with their parents about possible care options.

The study, by Home Instead UK, found that reasons why Brits don’t want mum or dad to move into them include not having enough space (60%), being too busy with work (28%), and their partner refusing to let it happen (15%).

London-based journalist David* says it’s an underlying worry that plays on his mind.

‘I’m not sure what I’ll do, and that’s the problem,’ David tells Metro.co.uk.

‘I almost feel guilty for thinking of putting them in a home, but realistically I can’t move them in with me. Living in London, with how little space there is, and the money I’m on – it doesn’t seem feasible.’

David says he dreads making the decision, but he knows he will have to face it sooner rather than later.

‘My mum is a nurse in her mid-60s, still going strong but slowing down a bit,’ he explains. ‘It’s almost ironic how she has taken care of the elderly her entire career and will now likely be taken care of in a retirement home eventually, much like she did for others. My dad is in his 70s.

‘How am I going to take care of them when they can no longer work? I have no clue.

‘I feel guilty for not doing better in life to give them the retirements they deserve. Not having enough money to buy a home for them to live in, or at least pay to keep them where they have lived with the support required. I suppose it’s a regret.

‘I haven’t had to think too deeply about this because my parents are very much active working people, but I dread the years that go by because they can’t go on forever.’

Ultimately, David says it’s pretty much completely impractical for me to move them in and I don’t think I’ll have enough to pay for them to be in a retirement home.

‘What then?,’ he asks. ‘I love my parents and all they have done for me, and it feels like this is one of the areas where I cannot really pay them back. I suspect I’m not alone in feeling this way and other people are going through similar dilemmas.’

Nearly three in 10 (27%) of the 1,500 adults with elderly parents polled said they did not feel qualified to give the level of care that their parents needed.

Yet nearly 18% are worried that, despite this, they will end up being the primary carer of their parents.

Communication is an issue as, 17% admitted their parents are unwilling to discuss the ‘next steps’ when living in their own home become untenable.

Of those who have had the difficult conversation with their relatives, a quarter said their parents got upset when the subject was broached, while 24% said they got defensive.

Alice Revel, founder of book subscription service We Are Reposed, says she wants to have this conversation with her parents in the near future.

‘I’m hoping to talk to both of them in the next five years to find out what they would like to do,’ Alice tells Metro.co.uk.

‘They’re currently 68 and 66 – and have both been heavily involved in care for their mothers.

‘Both grandmothers had carers part-time for a while, and then went into care homes. Neither were really satisfactory, and both situations took a lot of my parents’ time.’

Alice, who lives in London, is passionate that this should be a joint decision, and that her parents’ views and desires should be the priority.

‘I don’t feel that living with me would be best for either of them, but I think it’s something to decide and discuss together,’ she adds.

‘We’re really bad at looking at ageing, and also death in this country, but it’s as necessary as talking about any other life stage.

‘There’s also so little information about care homes online, so it can end up being a case of where has space. And you definitely wouldn’t choose a school or university based on that.’

Bushra Shaikh, broadcaster and presenter living in London says she has already discussed with her sisters how they are going to handle it when their parents get older.

‘My parents are in their sixties and although they are still independent, financially able and not facing any life changing illnesses, my sisters and I are well aware of how quickly things can change,’ she says.

‘My values don’t allow me to turn around and disregard the very people who have raised me. Our parents deserve to know that they always have a home with any of us. What that will look like in the future is subject to individual circumstances, but both my mum and dad will be cared for by us.

‘One day my children will look after me, which is why setting an example is crucial for children in our culture. The elderly are our storytellers, the core of a family and one day we will take their place.

‘The circle of life doesn’t stop and for me, cherishing my parents is a sign of selflessness, they are not a burden but should be treasured.’

For Bushra, her sense of duty is infallible, and she doesn’t see this as a discussion with multiple outcomes. She is clear on what she needs to do.

‘If we are lucky enough to see old age then looking after our parents should be a must, not something that is debatable,’ she adds.

‘While I understand that each situation will be different and nursing and retirement homes exist, there is nothing more special than being with your family.

‘No doubt there will be challenges such as work, other hospital appointments, preparing dinners but this is how we look after our elderly and give back to those who gave us so much.’

For most people we have spoken to, the complication around caring for parents doesn’t come down to a lack of desire – but to a lack of capacity.

Many people are worried about the feasible logistics of taking on care responsibilities – with concerns about the cost of living, having enough space, and working jobs that are flexible enough to allow you to become a carer.

For many millennials, who are struggling to get on the property ladder, worried about not being to afford marriage or children, a future that includes living with and caring for elderly parents may become another life stage that they are being priced out of.

Speaking on the results of the study, psychologist, Dr. Linda Papapdoupolos, said: ‘As social beings, connection is key but often we avoid difficult and uncomfortable conversations in the hope that whatever the issue we are dealing with is, it will go away without us needing to confront it directly – ultimately it feels easier to avoid than to confront.

“However, when it comes to ageing, time waits for no one, and you can’t do anything to stop it. So, despite our natural aversion to awkwardness, it is always so much better to speak to your parents about ageing and care sooner rather than later. Yes, they might be initially offended at the suggestion they can’t be independent forever, and yes, you might get upset about acknowledging the fact that your parents won’t be with you forever, but in the long run, talking now means you and your loved ones are more likely to be happier later.”

Overall, a huge 73% admit to feeling guilty about the thought of putting their parents into a care facility, while 48% admit their parents would hate being in a home.

Many young people, like journalist Amie Cripps, are already planning to make big sacrifices to ensure their parents are looked after in the future. For Amie, it’s already a huge worry:

‘I probably think about this too often for someone who’s just turned 30,’ Amie tells metro.co.uk.

‘It was just my mum and I growing up. She still lives in social housing, she will never be able to buy her own property, and it’s highly unlikely I’ll be able to buy one for her.

‘I’ve already spoken to my girlfriend of seven years about the prospect of having to buy a house with enough room for my mum to live with us.

‘She will be working until she dies. The thought of that upsets me. I am also petrified by the idea of her not being able to afford her rent for whatever reason.’

The precarious future of social care means thousands of people will be facing difficult decisions over the next few decades. But talking to your parents about their needs and normalising these conversations might make the transition a little easier.

*Name has been changed.

The TV host inspiring a new generation of women in STEM

Percy Pig fans to DECIDE whether gelatine should be reintroduced