Home » Lifestyle » Writin’ dirty: The impossible task of satisfying everyone when you write a sex scene 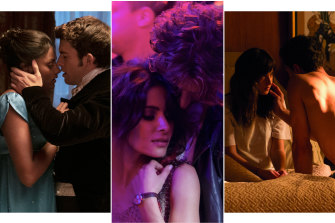 Now it isn’t unusual for Lee Child’s hero Jack Reacher to tumble into bed with a woman – often a highly competent ex-soldier or police officer or FBI agent, rarely if ever a damsel in distress. What was unusual was the sex scene’s length. Child is usually more efficient. After building sexual tension, he might describe a kiss, clothes falling to the floor and cut to black. All over in a few lines, a paragraph max. Then back to punching people in the face.

So being mugged by a long sex scene was disconcerting. But it got me thinking. Where have all the sex scenes gone? I read 70 plus books a year, sometimes more, sometimes less, fiction and nonfiction, recent and dusty, yet I couldn’t think of a single contemporary novel with an explicit sex scene. It might be what I have been reading. Because, of course, they aren’t rare in certain genres. If you picked up a romance novel and there wasn’t at least one fulsome sex scene, you’d feel cheated. And sex in fantasy and sci-fi novels has been keeping hope alive for generations. Even the most distressing crime novels will have a sex scene or two.

I’m sure you’re now thinking of dozens of examples and have plenty of books on your shelves that just happen to fall open at certain pages. I can think of examples, too, but they are the books of my parents’ vintage – the Harold Robbins, Jacquline Susans, Wilbur Smiths. Sex scenes for those who want to cure themselves of the desire to ever have sex again. 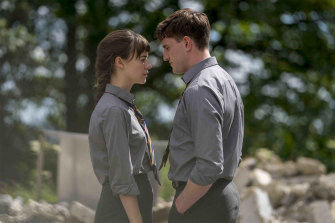 Sex is at the heart of Rooney’s story, but rarely explicitly described.Credit:Stan

“Writing sex scenes is by far, the hardest and most ridiculous thing a writer can ever do. It’s virtually impossible to get it done with any plausibility,” Child said in an interview. Perhaps that’s why writers avoid it.

I just went downstairs to flick through my copy of Sally Rooney’s Normal People. My memory of that novel, aided by the very successful television adaptation, was that it is drenched in sex. Flicking through the pages I found that it is, but it isn’t. Sex is at the heart of the story but, as far as I could tell from my quick search, rarely explicitly described. Rooney’s description of the first time Marianne and Connell have sex is a masterclass, but not in erotica.

I suppose that’s where the problem lies. I am talking about sex scenes that excite a particular response in the reader while most writing about sex is included solely to develop and enrich our understanding of the characters. Which Rooney does so well.

After my novel The Girl on the Page received repeated grumbles from readers on Goodreads regarding the sex scenes I convinced my publisher to let me edit the book before it was released in the cheaper B format. The novel is about artistic integrity, about literature, if the sex scenes were distracting from these themes, then they could go. 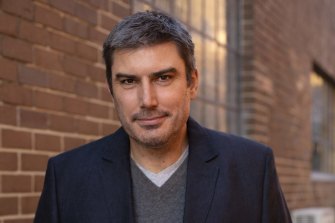 But just as with my memory of Normal People, the closer my publisher, editor and I looked, the less sex there seemed to be. Each sex scene is described in short, admittedly explicit passages, but the bulk of the imaginative work is completed in the mind of the reader. So the B format edition went out largely unaltered.

Recently, bestselling crime novelist, Candice Fox, tweeted that she was sitting in a cafe writing ‘a big hard dirty sex scene’ so I asked her how she went about writing such a scene.

“I think your job as an author writing a sex scene,” Fox replied, “is to set it up for the reader to want these two characters to bang. They have to have chemistry. There has to be tension. Then when they get together you have to make sure you don’t spoon-feed the reader your own sexual fantasy because they’re just as likely to love it as they are to be sitting there going, “Oh God, I hate it when a man does that.”

It’s not unusual to see one-star reader reviews online based solely on the occurrence of the word “f—” . Yes, in 2022. So imagine what fire and brimstone rain down on those who dare describe sex between consenting adults. And these reviews come whether you nailed the scene or not.

In my new novel, The Lessons, one of the characters is a novelist. Faced with a reader telling her a woman wouldn’t do as her character has done, my novelist replies, “I don’t need to convince you what all women would do, only what my particular character would do. And as you talk as if Donna is real, I think I have.”

But then, the writer should consider whether it’s worth including the scene at all. Sex is as important in fiction as it is in life, but is it worth a meteor shower of one-star reviews? As a writing career, like the local cafe, lives or dies on the back of such considered critiques, then probably not.

John Purcell is the author of The Lessons and The Girl on the Page.