Hooves that? Lorraine viewers are delighted as a shepherdess mother-of-nine has her interview gatecrashed by her daughter, 4, and their live-in PONY

A shepherdess left ITV viewers baffled when her ‘house pony’ and one of her nine children crashed her live TV interview.

After ditching her city life for the country, Amanda Owen, 45, from Huddersfield moved to a 2,000-acre hill farm in the Yorkshire Dales with her husband Clive, who at 66 is 21 years her senior, and their massive brood.

They are set to appear on Channel 5 series ‘Our Yorkshire Farm’ and appeared on ITV’s Lorraine to discuss the show’s return – however the chat was interrupted by one of the farm’s many animals, a live-in pony called Tony.

After Clemmy, four, brought Tony along to say hello to host Lorraine Kelly, viewers quickly took to Twitter to insist that the pair were an ‘added bonus’, but teased that they have ‘enough mess’ in their home without a live-in pony. 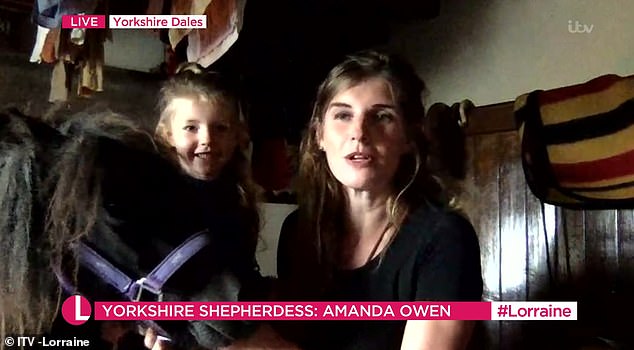 Amanda Owen (pictured) , 45, from Huddersfield, left ITV viewers baffled when her ‘house pony’ Tony and one of her nine children, Clemmy, crashed her live TV interview 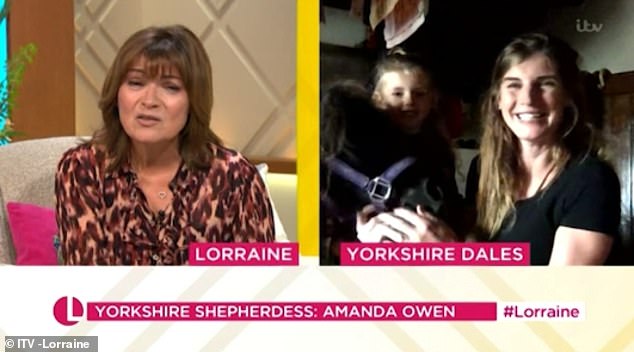 After daughter Clemmy brought Tony along to say hello to host Lorraine Kelly (left), viewers quickly took to Twitter to comment on the moment

As Lorraine began to ask a question, Clemmy burst into the shot saying: ‘Hello Lorraine!’

‘She was desperate, said Amanda. ‘She wanted to say hello with Tony, whose been keeping us all amused. He’s a house pony.’

An amused Lorraine asked: ‘So the pony has the run of the house?’

‘We have such trouble, said Amanda, ‘During lockdown I’m fortunate because we have a lot of rooms but it appears everything that’s supposed to be outside is inside and vice versa.’ 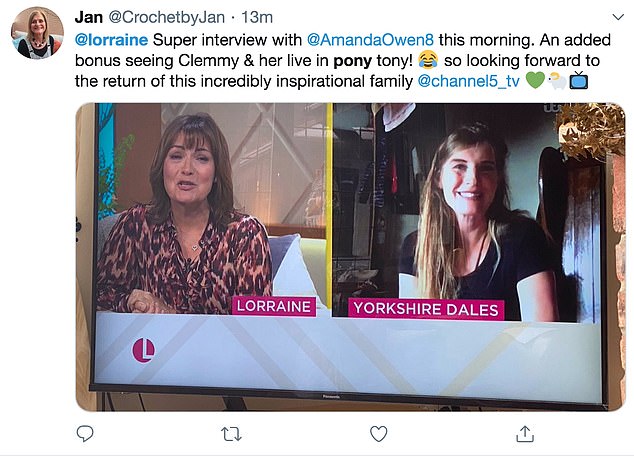 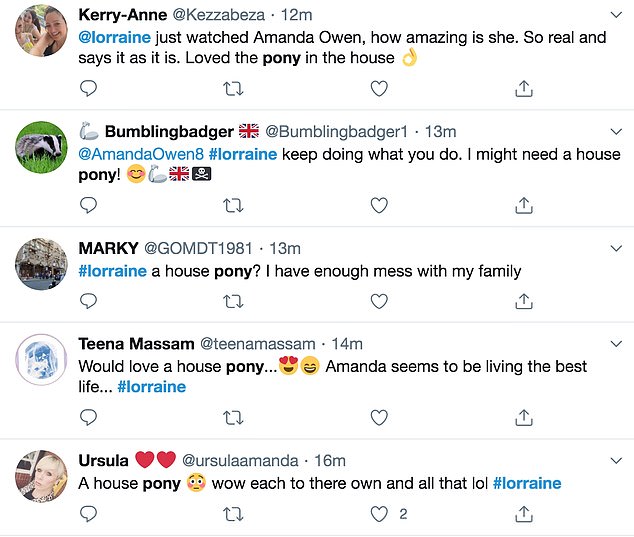 The moment left viewers in hysterics, with one writing: ‘Just watched Amanda Owen, how amazing is she. So real and says it as it is. Loved the pony in the house.’

‘Would love a house pony…Amanda seems to be living the best life’, said another.

A third agreed: ‘Super interview with Amanda Owen this morning. An added bonus seeing Clemmy & her live in pony tony! So looking forward to the return of this incredibly inspirational family.’

A fourth teased: ‘A house pony? I have enough mess with my family.’ 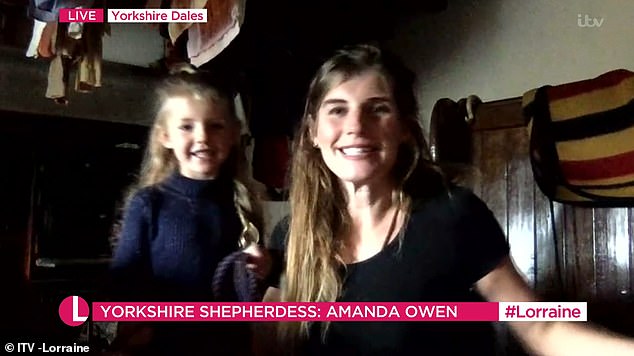 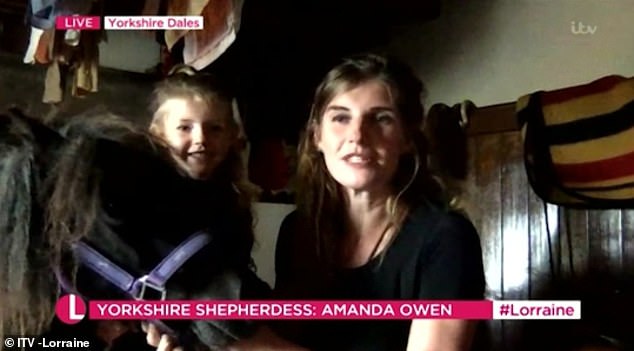 Explaining the pony, Amanda said: ‘We have such trouble. During lockdown I’m fortunate because we have a lot of rooms but it appears everything that’s supposed to be outside is inside and vice versa’

Ahead of the interruption, the mother spoke about giving birth to her eighth child, Clemmy, who she delivered herself inside her home using her experience with lambing over the years.

She explained: ‘My eighth was perfect, because it was right here by the fire, it wasn’t because I’m some kind of earth mother.  It was more out of laziness, I thought if I could do it myself [I will]. It’s DIY everything now.’

When quizzed on whether she would be expanding her brood even further, Amanda insisted that there are ‘no plans’ when it comes to having another baby. 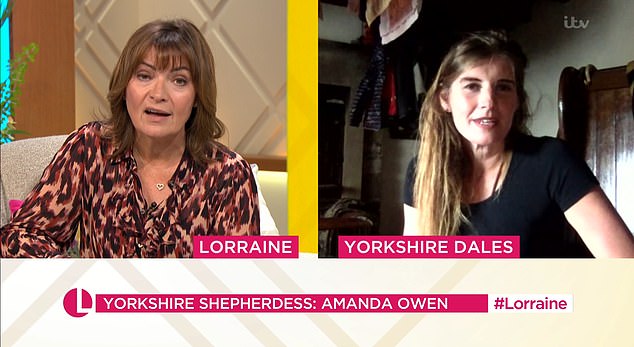 When quizzed on whether she would be expanding her brood even further, Amanda insisted that there are ‘no plans’ when it comes to having another baby

‘Well there’s no plan’, she told, ‘You must be able to see that. Plans don’t even come into it and I think that’s why people like watching the show, because life doesn’t always go right does it.

The family shot the final episodes of their show in March, when lockdown meant they had to film scenes themselves because of social distancing rules.

Amanda explained: ‘By the time we get to the end of the series we have lockdown, we have no film crew and channel five entrusted me with cameras and sound gear.

“It was like right can you make your own episode please, when people tune in to see our self-filmed episode it will be the first time I get to see what some of the children are up to.’