Read on for all this, plus more news, transfer gossip and updates from Old Trafford. 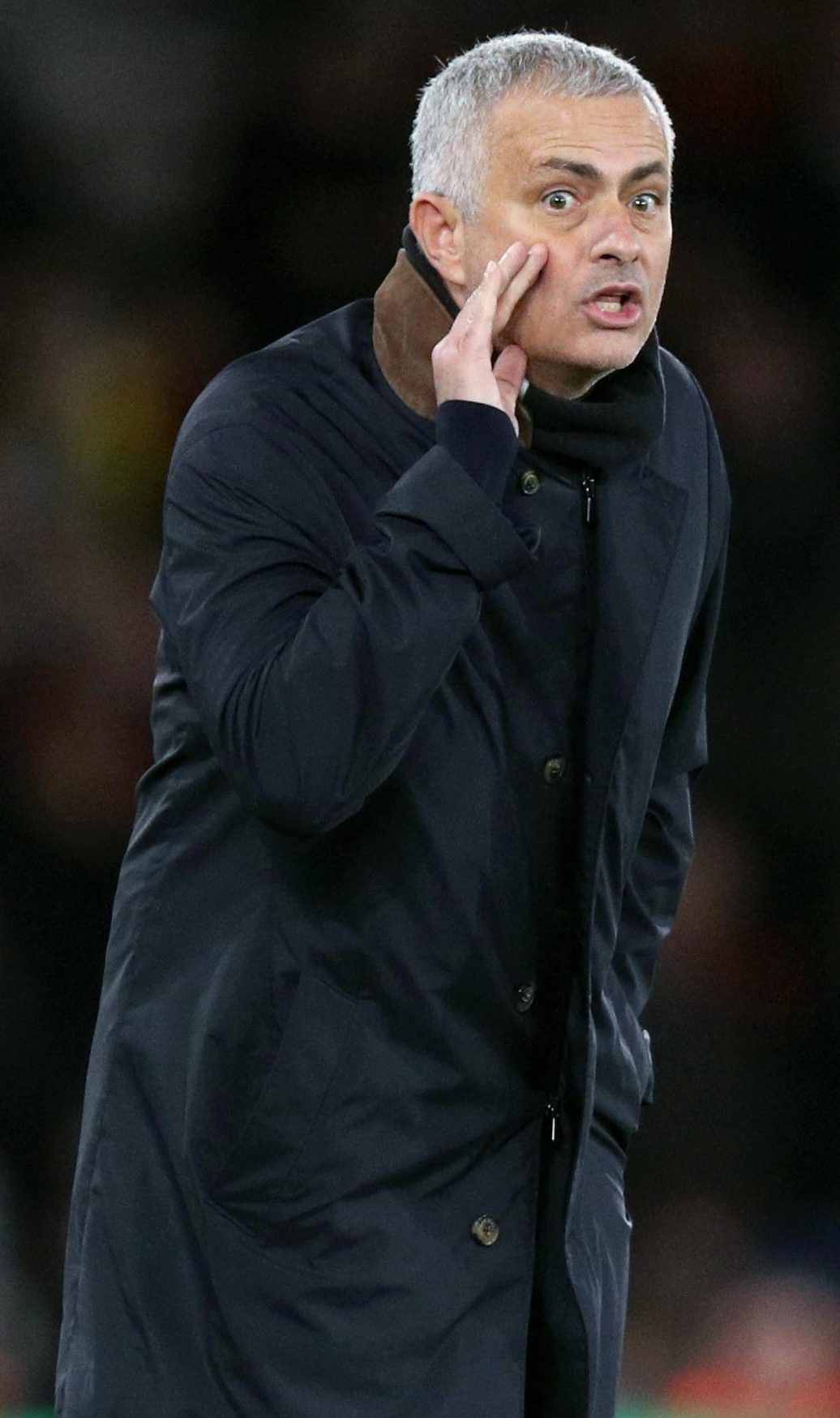 ZLATAN IBRAHIMOVIC could return to Europe with AC Milan leading the charge to bring the Swede back from LA Galaxy.

JOSE MOURINHO is becoming increasingly perplexed by the scouting set-up at Manchester United, according to reports.

United currently have a MASSIVE 58 scouts across the globe who provide their expertise on potential targets.

IAN WRIGHT claims for once it is Manchester United in turmoil – leaving Arsenal well placed for a momentous victory.

ALEX SANDRO has received an £8.9million-a-year offer from an unnamed Premier League club, according to reports.

The Juventus full-back is looking for around £7m per season, plus bonuses, to sign a new deal with the Serie A champions, say calciomercato.

The bookies have cut the Red Devils' odds after punters have piled in on the attacking midfielder leaving the Emirates in the last 24 hours.

POG HITS BACK AT JOSE TACTICS

PAUL POGBA has told Jose Mourinho his tactics are holding back Manchester United, according to reports.

The Times say the Frenchman complained to the United boss his style of play restricts the movement of their attacking players, leaving the World Cup-winner with few passing options.

The England centre-back sat out the game at Old Trafford leaving midfielder Nemanja Matic to deputise and now faces a race against time to be fit for the huge game against the Gunners.

POGBA JOVIAL AS HE ROLLS UP

MANCHESTER UNITED ace Paul Pogba was in a relaxed mood as he made his way into training ahead of tomorrow's clash against Arsenal.

Jose Mourinho reportedly called the 25-year-old a 'virus' who is infecting the squad following the 2-2 draw with Southampton on Saturday.

I WISH I WAS RED DEV-EL

EL HADJI DIOUF has admitted he regrets joining Liverpool and wished he'd signed for their bitter rivals Manchester United instead.

The Senegalese international netted just six goals in 80 appearances at the Anfield club after joining from French side Lens in 2002.

JOSE MOURINHO has blasted his Manchester United flops again, saying that they need to play a lot better to have a chance of finishing in the top four.

The Special One claims his Red Devils have been unlucky but that their lowly position is no surprise given they have had "more problems" than last season.

MOURINHO claims Manchester United need a "miracle" to finish in the top four – because they are getting weaker whilst their biggest rivals are growing stronger.

Their manager's bleak, blunt assessment seems sure to anger many Old Trafford fans whose MINIMUM expectation every season is qualifying for the Champions League.

The Red Devils are 6/4 as they lead Barcelona and Chelsea by some distance in the bookies market.

MANCHESTER UNITED are ‘a million miles’ away from making the top four this year, and are even struggling to qualify for the Europa League – according to Old Trafford legend Gary Neville.

Neville – part of United’s famous treble-winning side of 1998-99 – made the scathing judgement on his former club after watching their rivals Arsenal beat Spurs in the north London derby on Sunday afternoon.

JOSE MOURINHO has been accused of 'killing' Marcus Rashford by pundit Garth Crooks.

According to the former Spurs star, Rashford should leave Manchester United if the Special One stays for much longer.

UTD GIVE ME FRED ACHE

MANCHESTER United star Fred has slated Jose Mourinho for costing him his place in the Brazil squad.

The midfielder claimed his lack of game time at Old Trafford has caused him to fall out of favour for international boss Tite.

JOSE MOURINHO accused Paul Pogba of being a virus who is infecting his Manchester United team after the 2-2 draw at Southampton.

The United boss made his astonishing attack on the France World Cup winner in front of team-mates in the dressing-room at St Mary’s.

JOSE MOURINHO questioned his sides fighting spirit and the lack of “mad dogs” at his disposal, after United drew 2-2 away against Southampton.

He said: “It doesn’t matter about the system, it has to do with the characteristics of the players and we don’t have many, with all the respect, mad dogs – the ones who fight the ball all the time and press all the time."

MARCOS RASHFORD asked to be substituted against Southampton, according to his manager Mourinho.

Mourinho said: “Rashford was injured. He asked to come off. He had one kick here, one kick there."