The wife of former French international Eric Abidal is seeking a divorce after learning of his alleged relationship with Paris Saint-Germain women’s footballer Kheira Hamraoui.

The links emerged as investigators try to learn who was behind a mysterious attack against Hamraoui this month, when her legs were beaten after she was dragged out of a car with her team-mate Aminata Diallo.

Earlier this week, Hamraoui appealed to the media to respect her privacy after police discovered she was using a telephone SIM card registered in Abidal’s name on the night of the attack.

‘Hayet Abidal is going to file a divorce request in Barcelona,’ her lawyers said in a statement.

Eric Abidal, a household name in France, was Barcelona’s sporting director from 2018 to 2020, during which time Hamraoui was with the women’s team.

The statement claimed that he ‘admitted to his spouse’ having an affair with Hamraoui after French prosecutors in the Paris suburb of Versailles announced the SIM card link.

Hayet Abidal ‘reiterates her request to be questioned very soon on a case that has already had several collateral victims,’ the statement added. 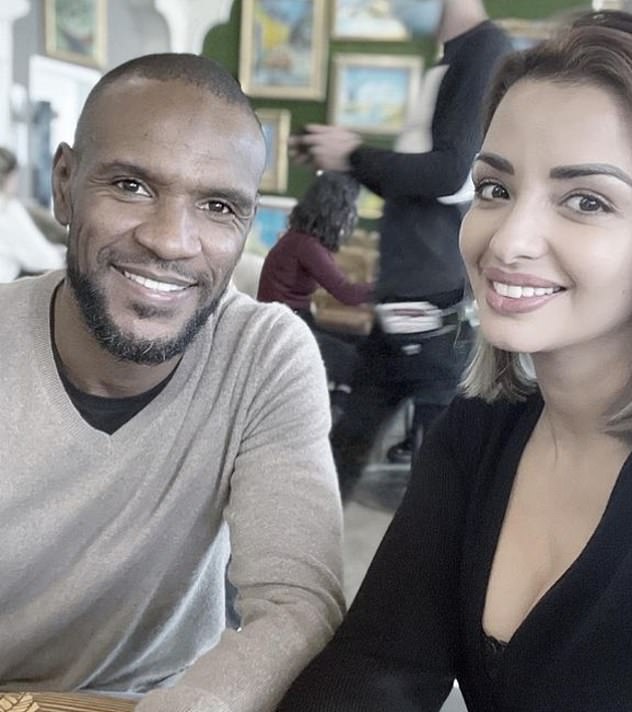 The Abidals, who know each other from their native Lyon in southeast France, have been married since 2007 and have four daughters and a son.

Diallo, who was not injured in the attack, was held for questioning for nearly 35 hours last week before being released without charge.

The attack and its aftermath sent shockwaves through the PSG club, with the two players considered friendly rivals for midfield positions.

Hamraoui was left out of the squad in PSG’s 2-0 defeat of Real Madrid on Thursday, which saw them clinch their place in the quarter-finals of the Women’s Champions League.

Hamraoui, 31, was beaten with an iron bar, leaving her with a number of bruises and cuts on her legs which required stitches.

French sports paper L’Equipe have released details from the police on how the attack took place, detailing how Diallo drove Hamraoui to and from a team meal in a Toyota Corolla provided by the club, dropping off another player afterwards – Sakina Karchaoui – before the attack began in Chatou, Yvelines. 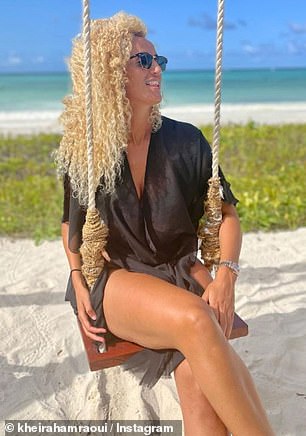 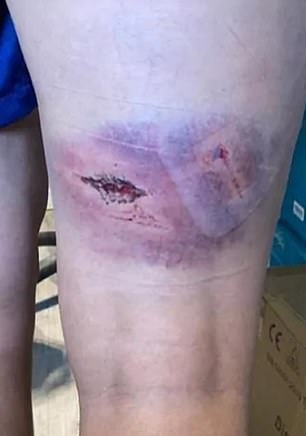 Hamraoui was attacked by masked men has revealed the timeline and grim details of her assault with an iron bar (pictured right: the heavy bruising and cuts sustained on her leg)

‘My attacker hit me with an iron bar several times. I saw that he was mainly targeting my legs and I was trying to protect myself with my hands,’ Hamraoui told police.

‘At that time, I didn’t see a weapon. They immediately start yelling: “Open the door! Open the door!” The one on my side grabbed me and pulled me out of the vehicle.

‘Before, he grabbed a rectangular iron bar that he had hidden in his pants or under his sweater.

‘He gave me a first blow from the first moments of the assault to force me out of the cabin. I fell on the road and then on the right side of the road.

‘My attacker hit me with an iron bar several times. I saw that he was mainly targeting my legs and I was trying to protect myself with my hands.

‘The scene lasted several minutes, it seemed long to me. Aminata told me it was faster. I think the two individuals fled because cars were coming into the street.

‘They started running in the direction of the traffic. We quickly lost sight of them. I think a car should be waiting for them nearby.’ 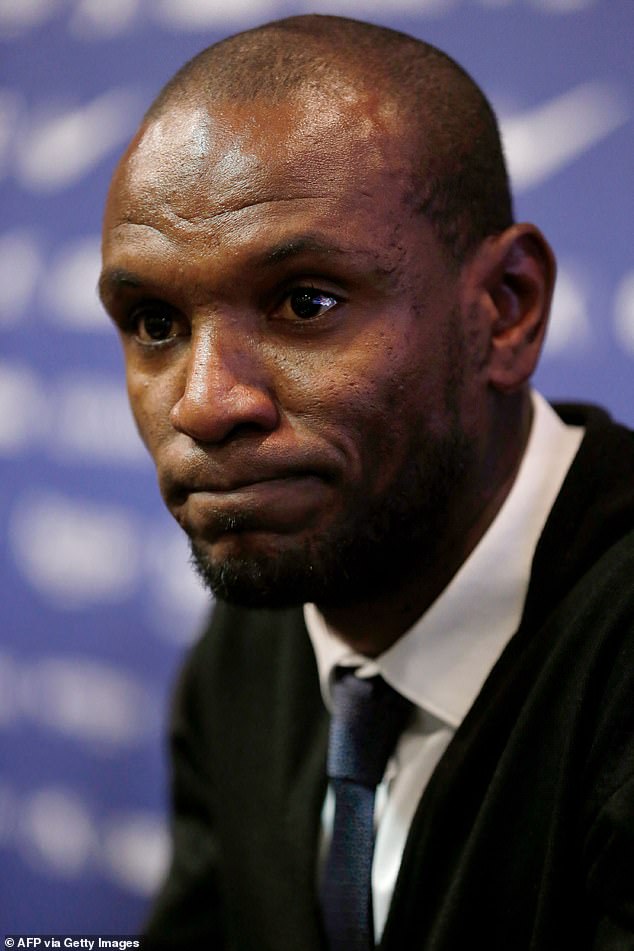 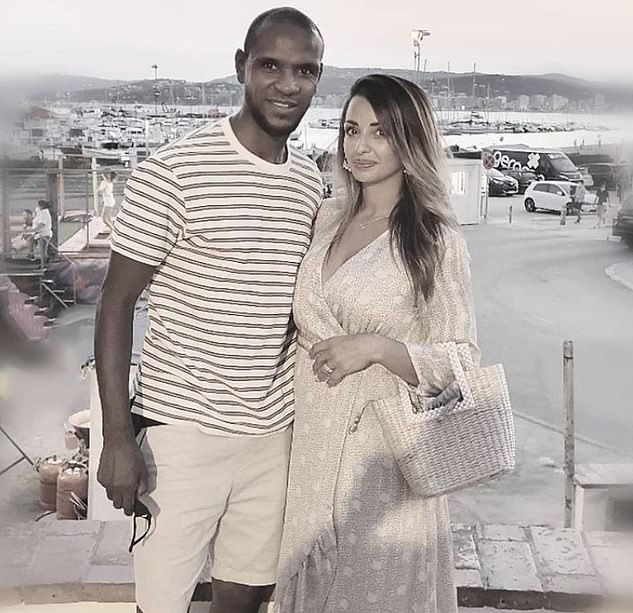 Hamraoui also refers to hearing the term ‘you like to sleep with married men’ during the assault, a detail confirmed by Diallo who was being ‘detained’ by the second stranger throughout the attack.

After sustaining serious injuries, she was taken to hospital and has been told to stay off work for three weeks but she has reportedly resumed individual training – yet is being aided by a psychologist and benefits from ‘close protection set up by the club.’

The 42-year-old Abidal has been married to his wife, Hayet Abidal, since 2003 and they have five children together. Le Monde say it is possible she could be called upon as a witness. Abidal’s lawyer was contacted and said: ‘I have spoken with him, but for now I won’t tell you anything at all.’

Diallo, meanwhile, released a statement this week about the allegations: ‘Aminata Diallo deplores the perfectly artificial dramatisation of a rivalry between her and Kheira Hamraoui which would justify her taking it out on her team-mate.

‘This theory does not correspond in any way to the true nature of their relationship.

‘Other much more serious leads are now being looked at by investigators, which do not implicate my client in any way.

‘Aminata Diallo regrets the media uproar which had already sentenced her, with no basis, and she would like to emphasise that she will not hesitate to defend her rights through legal action, if necessary, against all defamation.’

Tommy Fury calls out Jake Paul for fight 'any time, anywhere' as YouTube rival blasts back 'you look like Tyson's s***'