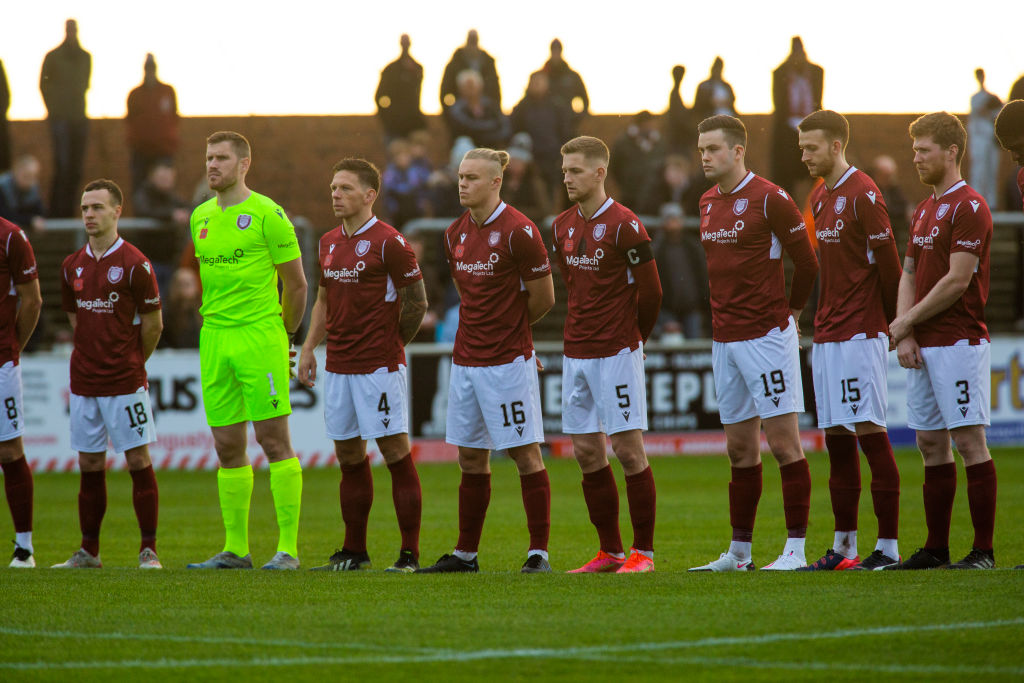 This is the most exciting time of the year for any football manager. Last season, which was a very eventful and historic one at Arbroath, is done and dusted and now we have a clean slate ready for the battles ahead.

I have to find six new players but I love the challenge of rebuilding a team every pre-season.

You stand and fall by the new players you bring in. You have got to keep trying to get better than what you currently have.

I have a feeling I might find some gems this close season. After the year we had, finishing second in the Championship, I’m hopeful that players will want to come here.

I always seem to come out with something better than I’ve got already. You’re continually being asked to pull rabbits out of the hat in football management and I hope I can produce some more magic before we kick off our Championship campaign.

The one problem I always find with recruitment – player recruitment that is, not in my day job working under my twin Ian – is that a lot of players are after the big money. I don’t know why they are asking me. We don’t do high wages, we’re a part-time team.

But I just get on with it and I can only do what I can do with the money we have.

If you’re asking me about goals – they are the same as they are every season for a part-time team.

If we stay in the Championship next season that will be four seasons, which is another record.

This is the shortest pre-season in my 50-something years in football and they’re only getting shorter. It’s almost a 12-month calendar these days.

We’ve been in training and have two testimonials, this Saturday for a Brechin player and next weekend for a Montrose player. Then in a fortnight’s time we travel to St Mirren in our opening League Cup game.

I’ll miss the St Mirren game because I’m on holiday with my family but my twin Ian will be in charge. We need to recharge our batteries sometimes.

I’ll be back in plenty of time before we go again at Ayr United in the Championship. Bring it on.

After the season we had, I’m hoping players will want to come here.