RHIAN BREWSTER’S disastrous year hit a new low as he was sent off – but England were saved by Emile Smith Rowe. 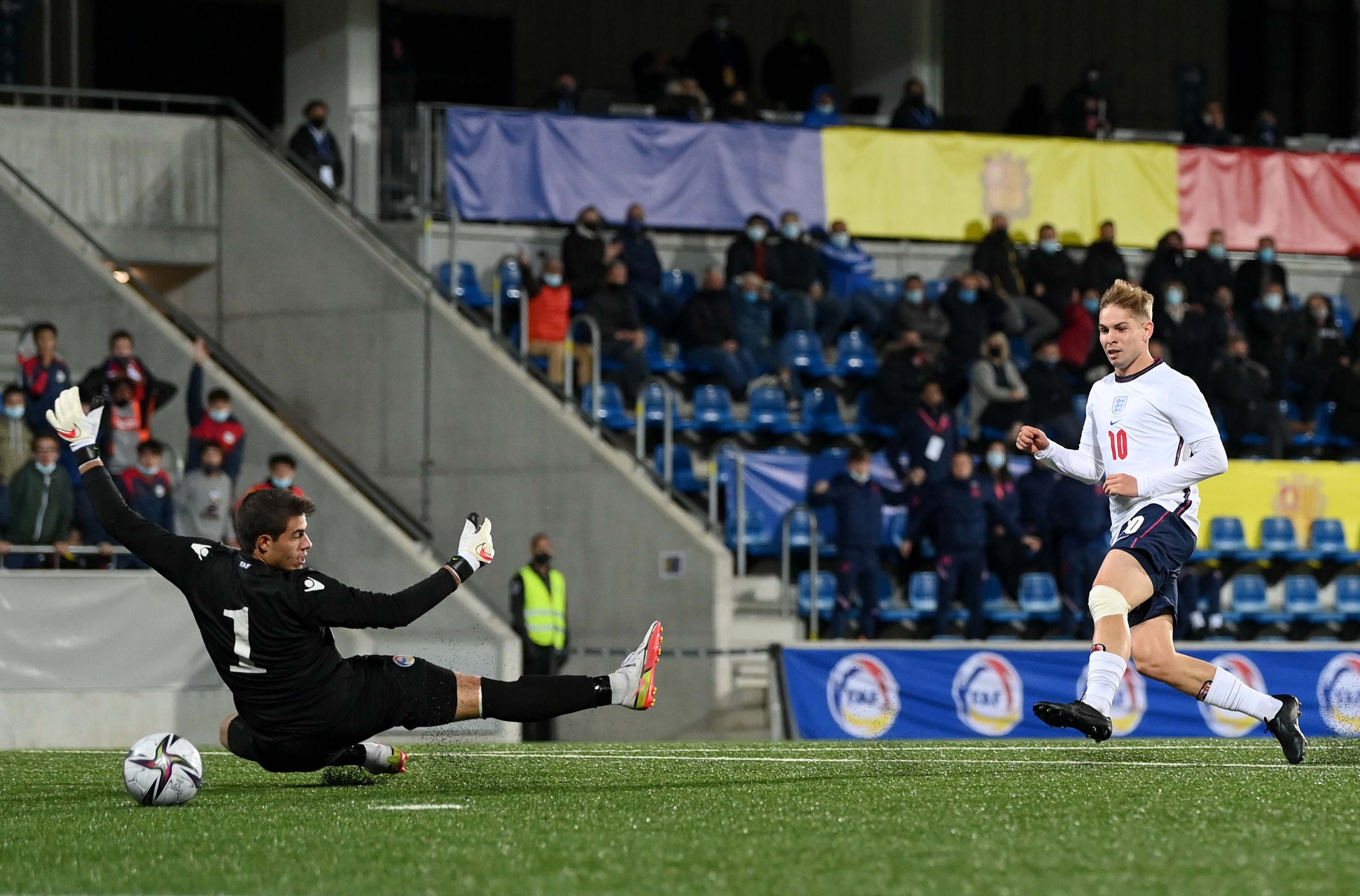 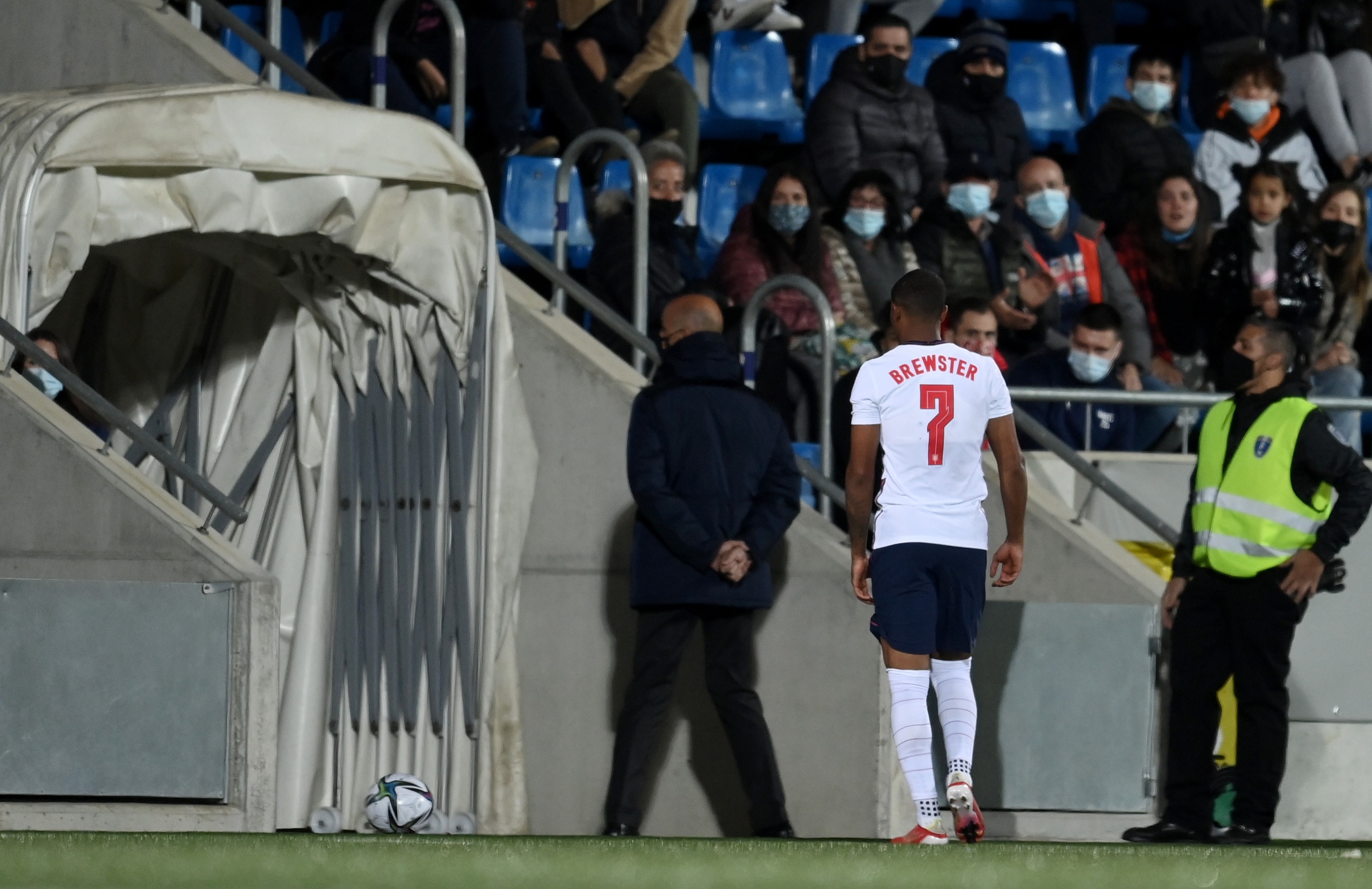 Their task was made even tougher when Brewster was shown a second yellow for an alleged elbow on captain Eric Vales while attempting to control a high ball.

Vales went down like he had been shot and Brewster, who had missed a huge chance moments before, was left raging as he was dismissed.

There was a genuine fear at that point England would lose their first qualifier in ten years.

But in the end they took all three points as Arsenal star Smith Rowe finished off a rapid counter-attack by firing home his first goal at this level.

Andorra are viewed as minnows by many but England’s Under-21s have struggled away to them in recent years, drawing 3-3 here a year ago and only narrowly winning 1-0 in 2017.

Brewster predicted ahead of the game that their hosts would want 'to fight' and be employing some cynical tactics.

It was therefore ironic that the 21-year-old was given his marching orders for being seen to be overly physical, even if the decision was extremely harsh.

Brewster, who is still yet to score a league goal for Sheffield United since joining them 12 months ago from Liverpool, was having a difficult night anyway.

He had wasted a golden opportunity just after half-time by firing wide a pinpoint delivery from James Garner and was set to be replaced.

But that substitution never took place as he was adjudged to have caught Vales, despite never taking his eyes off the long ball he was trying to control.

It proved to be a masterstroke as the playmaker, picking up the ball as England broke after clearing a corner, fed Smith Rowe who raced in on goal and found the net.

The performance was by nowhere near the 'perfection' Carsley has claimed he is striving for as Under-21s boss.

But the result was, given the circumstances of Brewster’s red card and the need to respond to Thursday’s disappointing draw in Slovenia.

It’s ironic because I was going to bring him off. Maybe I should have done that earlier

After the match, Carsley said: "We didn’t make it easy for ourselves tonight with Rhian getting sent off and we knew Andorra were going to be really tough and stubborn to break down.

"It was a great finish by Emile but excellent play by Curtis as well with the timing of the pass.

"I’m not surprised by Curtis’ impact (off the bench) he’s a top player. We’ve had to be really careful with him because he has been carrying a bit of a groin issue. It was good that all of the substitutions made an impact.

"I’ve spoken to Rhian. I didn’t get a great view of it. Watching (the footage) back, it’s very grainy. Once you’ve got a yellow card, you’re always on the edge. It’s ironic because I was going to bring him off. Maybe I should have done that earlier!

"Rhian has to learn from that. It’s a really harsh red card. It was innocuous.

"We were really pleased with the spirit the lads showed." 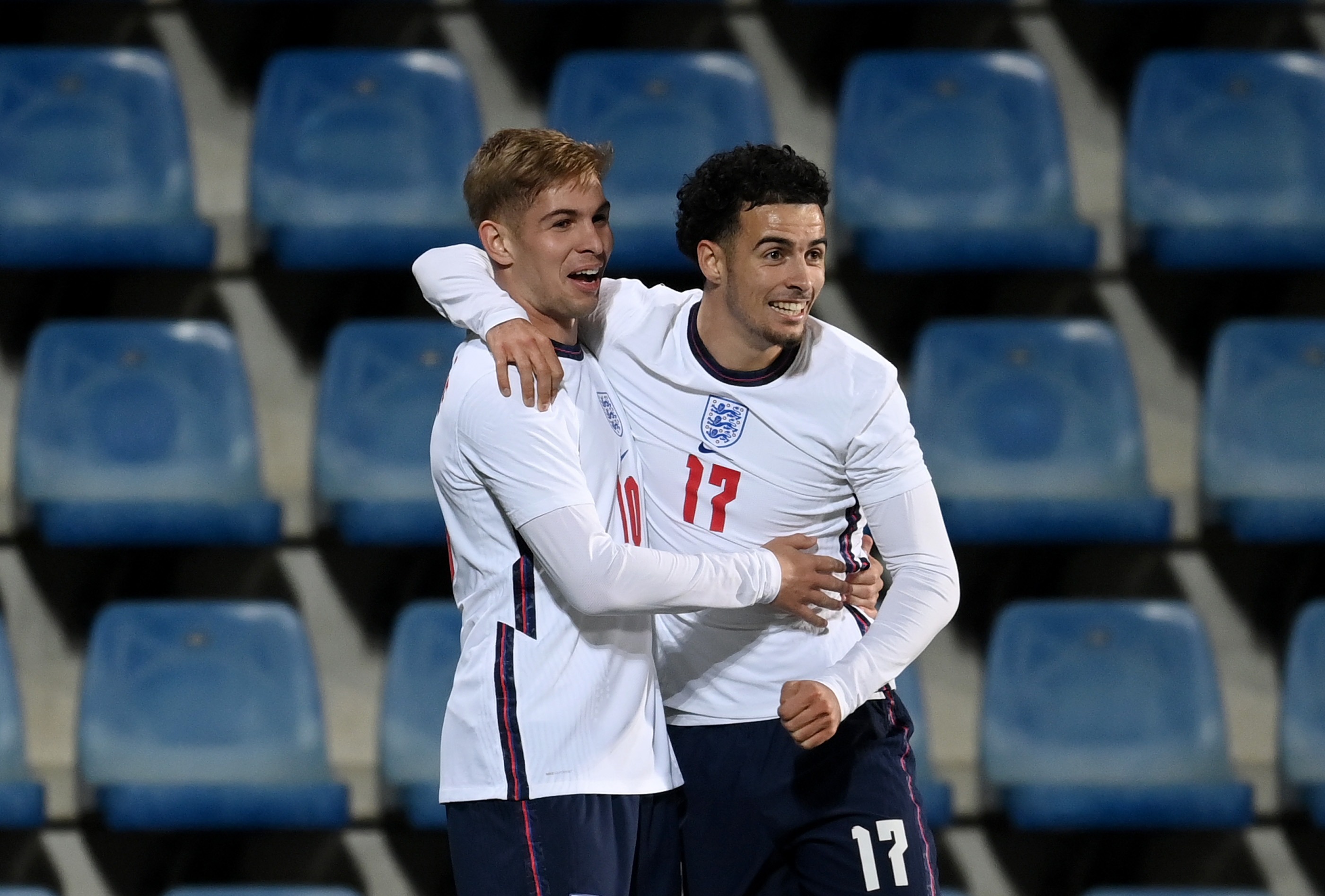 British rider cycled away from dope test before London 2012