‘I always believe I can win… I haven’t lost that yet’: Andy Murray insists he can still take on the world’s top 10 after impressive win over Alexander Zverev – despite admitting he was getting ‘belted by everyone’ in disastrous tournament preparation

Andy Murray insists he retains sufficient ‘desire and fight’ to take on the world’s best players following his first win over a top 10 opponent in more than three years.

Murray stepped up his return to competitive tennis with an impressive three-set victory over world No7 Alexander Zverev in the last 32 of the Western & Southern Open.

It was a hugely encouraging display from the former world No1, who has lowered his expectations since battling injury problems, including two major hip surgeries. 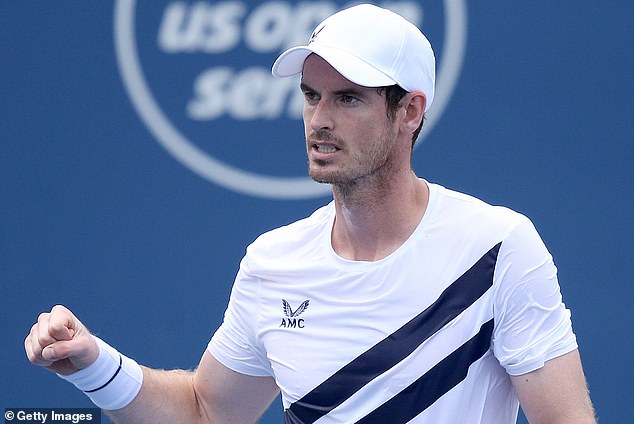 Despite struggling in recent practice matches and often appearing frustrated on court, the Scot displayed steely determination to defeat German Zverev 6-3 3-6 7-5 in two hours and 31 minutes.

Asked if had been expecting to perform so well at the tournament, Murray told a press conference: ‘If you watched my practice sets and stuff and the build-up to the tournament, you would have said no.

‘I was getting belted by everyone. Couldn’t win one! But practice doesn’t really matter. It’s what obviously you do on the match court.

‘Sometimes if you’re watching from the stands, you might think I get really down on myself and that I’m very negative, and I think outwardly I definitely am.

‘But inside me I have a very, very strong self-belief and know that I can win matches like that. I always believe, even when outwardly it seems like I might be flagging or being negative or whatever. 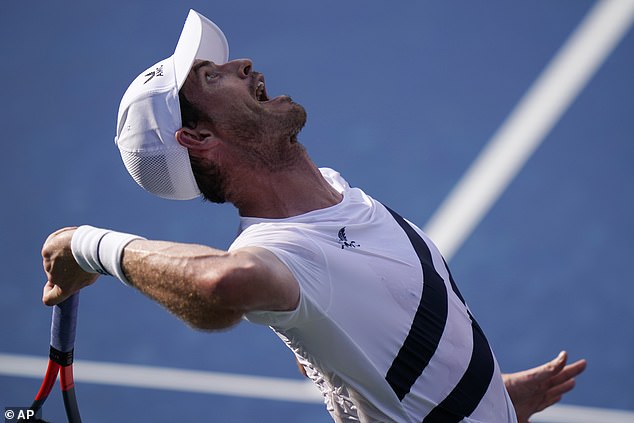 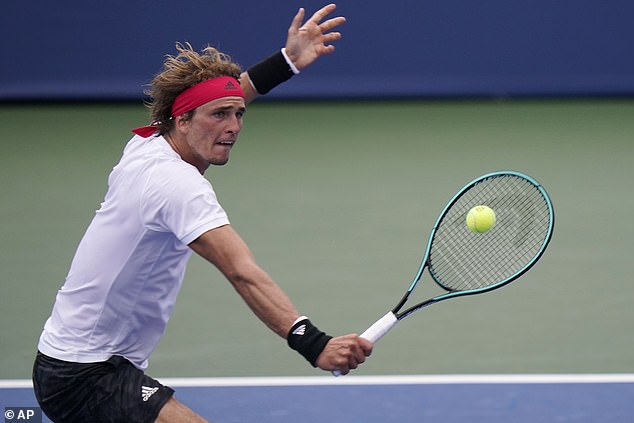 ‘I trust my competitive instinct. I think that’s a big strength of mine.

‘I haven’t lost that yet. I think once that goes, that’s probably when it’s time to, you know, for me to call it a day.

‘But I still have that desire and fight to try and win matches and compete and get the most out of myself.’

Three-time major winner Murray, ranked 134th in the world, had last beaten a top-10 player in June 2017, overcoming Kei Nishikori in the quarter-finals of the French Open.

The 33-year-old will play Milos Raonic next in New York, with the US Open due to start on August 31.

He leads the Canadian – who defeated Britain’s Dan Evans on Monday – 9-3 in career meetings, including winning their past eight encounters, one of them the 2016 Wimbledon final. 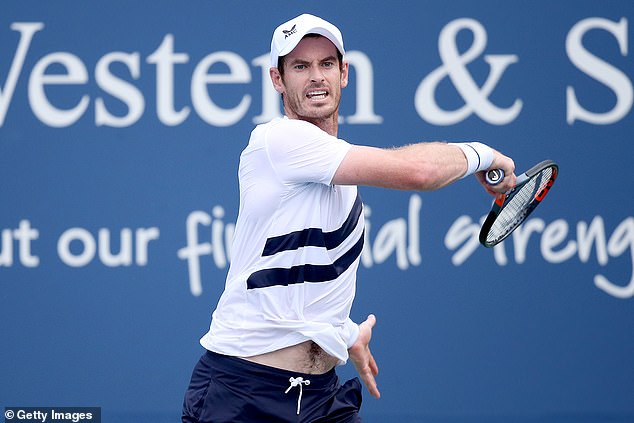 ‘(There were) probably a bit of nerves in there, a bit of fatigue,’ Murray added.

‘And just a bit of rustiness, as well, I think from not playing and having to close matches out against top players for a long time.

‘I was satisfied obviously to get through it, get a win against a top player after having not played for such a long time.

‘At the end sport is about finding a way to win even when you aren’t playing your best.

‘And I did that today. You know, that’s a good sign. If you can beat someone who is ranked in the top 10 in the world not playing your best, that’s good. It was a big one to get through.’