Home » Sport » Ange Postecoglou to punch on in J.League

Ange Postecoglou's J.League project will continue into another season after Yokohama F.Marinos agreed to extend the Australian coach's tenure in Japan.

The former Socceroos boss led the City Football Group-aligned club to a lowly 12th place finish in his first year in charge. 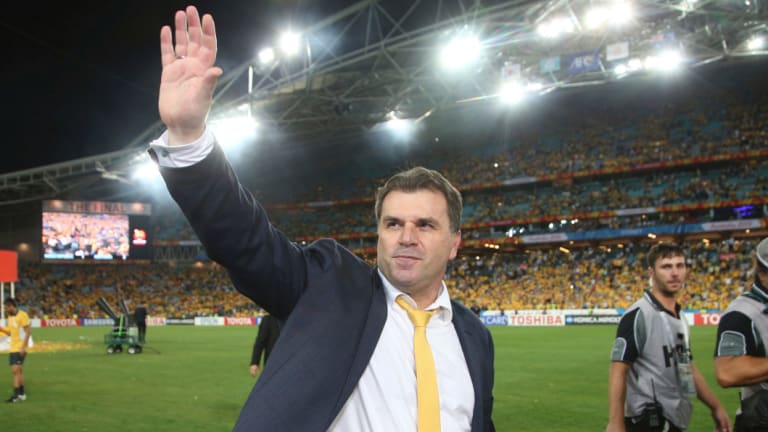 Ange Postecoglou is staying with Yokohama F.Marinos for another year.Credit:AP

But the finish doesn't tell the whole story as Posteocoglou implemented his trademark attacking style.

Yokohama were outscored only by champions Kawasaki Frontale, even as they escaped relegation in the final rounds of the season.

Postecoglou said both he and the club were prepared for tumult as he transformed the club's philosophy.

"It's always been a consistent club. One that's built on a very defensive, pragmatic approach. I flipped it all on its head," he told SEN.

"I knew we'd get some extremes in form.

"It was a major shift for this group of players and for the club.

"This transfer window gives me the opportunity to bring some players in that will suit the way we play."

Postecoglou acknowledged mid-season interest from the Greek FA, which approached him to become the national manager.

"Being born in Greece it would be attractive proposition and going back to Europe. At this point in time I'm enjoying my club football," he said.

"I know what international football is all about … I wasn't ready to leap back in.

"At some point I'll jump back in to international football but right now club football is where I get most stimulation. I'd like to achieve something before I move on.

Postecoglou is just the second Australian, after national team boss Graham Arnold's ill-fated 2014 stint with Vegalta Sendai, to coach a J.League side.

He appreciates a surge up the table will be required in 2019 if he's to continue, but said he was "bullish" results would come after his players endorsed the club's attacking focus.

The Melburnian said that buy-in was crucial in agreeing to stay on because he wasn't about to change his philosophy.

"I agreed a couple of weeks ago to stay on for one more year," he said.

"They're really keen to keep going down this road. They've been in the J.League for a long time [but] they haven't won a title for 14 years or a trophy for five years.