ARSENAL boss Mikel Arteta has revealed he 'trusts' Shkodran Mustafi to play his role in defence – but what do the stats say?

The German defender, 28, was one of the surprise stories of last season after he nailed down a starting spot under the new boss and largely impressed. 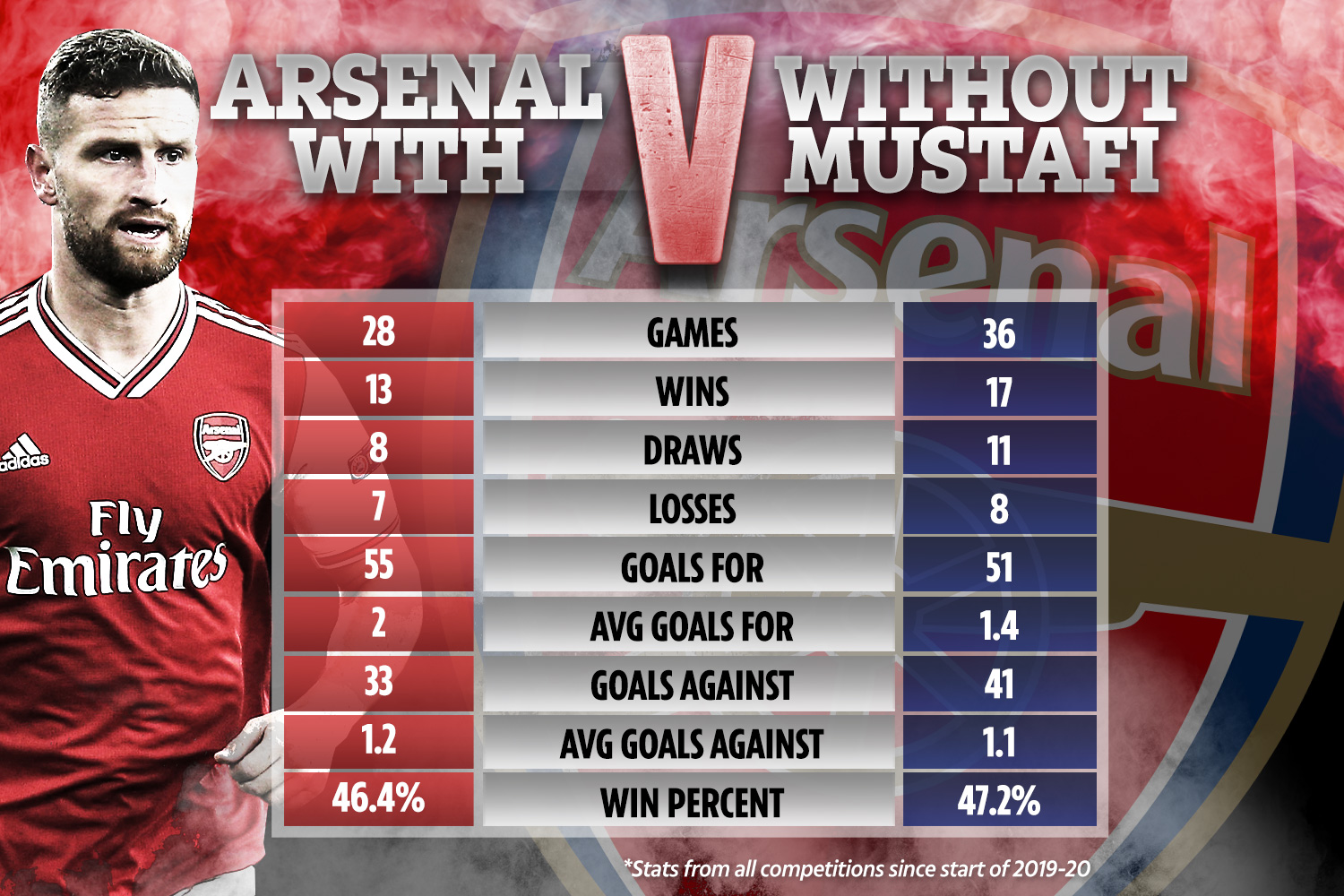 Mustafi was heavily-linked with a move away from the Emirates in the summer, but he remained in North London.

Football London now claim Arsenal have offered him a new contract, with the report stating Mustafi has turned down the chance.

The defender is believed to want to move to Italy in order to be closer to his wife's family.

Mustafi is now back to full fitness and will hope to be involved in Thursday night's Europa League clash with Dundalk.

Questions were asked of him after he appeared to ignore Gabriel Magalhaes, leading to Leicester scoring the winner in last weekend's 1-0 defeat.

But Arsenal boss Arteta has revealed he completely 'trusts' Mustafi.

"[As] always with internal contractual situations, they're going to be discussed internally.

"I’m really, really happy with Musti since I joined, the progress that he’s made, the performances that he’s had.

"He had a long-term injury, he’s worked so hard to get back to the position he’s in today.

"I just want to show again the trust that we have in him and get him playing and get the performances that we’ve had in the past from him as well."

And the stats suggest there is little reason for Arsenal fans not to trust Mustafi.

In fact, since the start of the 2019-20 season, in all competitions, Arsenal have conceded an average of 1.2 goals per game, compared to 1.1 per game with him.

However, with the German they have scored an average of 2 goals per game – while netting just 1.4 without him in the team.

In terms of win percentage, it's very similar – 46.4 per cent with him in the team versus 47.2 per cent without.

So it seems the stats back-up the fact that Mustafi is at least as good as the other Arsenal defenders and does justify Arteta's trust.

He will next have the chance to play when Arsenal take on Dundalk on Thursday night, with kick-off 8pm.

Deadspin Up All Night: You're A Mean One, Mr. Grinch