Claude was a regular fixture on the popular YouTube channel before he left the platform last year. 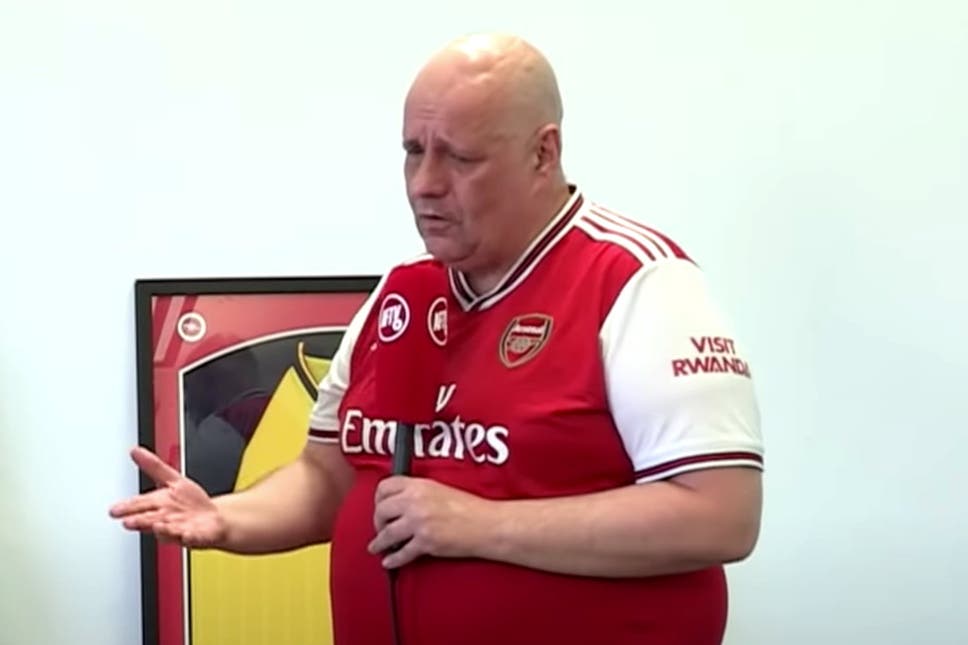 He tragically passed away this week aged 58, leading to tributes from both the Arsenal and wider football community.

Speculation about his cause of death had been fuelled by a cryptic post on Twitter two days before his passing, in which Claude wrote: "No one is forcing you to watch it don’t worry I will disappear soon to see my mother then you can all be happy."

A statement released by the Callegari family read: "My family and I would like to thank everyone for their ongoing support and kind words during this extremely distressing time.

"I am now able to officially confirm that my father passed away from natural causes relating to his health.

"I hope this will ensure an end to any speculation regarding the matter and our privacy can continue to be respected whilst we make arrangements for his funeral. Thank you."

Claude was removed from AFTV after a racism storm erupted when he referred to Spurs star Son Heung-min as 'DVD' during last summer's North London derby.

Claude apologised for the remark and said he would 'punish himself' for his choice of words.

He had been an ever-present on the fan platform alongside presenter Robbie Lyle, DT and Ty after it was established in 2012.

After news of Claude's death emerged on Tuesday, Arsenal wrote online: "Sending our condolences to Claude’s family, friends and everyone who cherished him.

“His passion for the club was undeniable and he will be missed.”

Former Gunners striker Kevin Campbell tweeted: "Deepest condolences to Claude's Father and family. I honestly am shocked and can't believe it! May he R.I.E.P."