ARSENAL fans have all been left saying the same thing after Declan Rice appeared to drop a hint about his next club.

West Ham star Rice has been heavily linked with Arsenal over a move which could cost up to £100million in the summer. 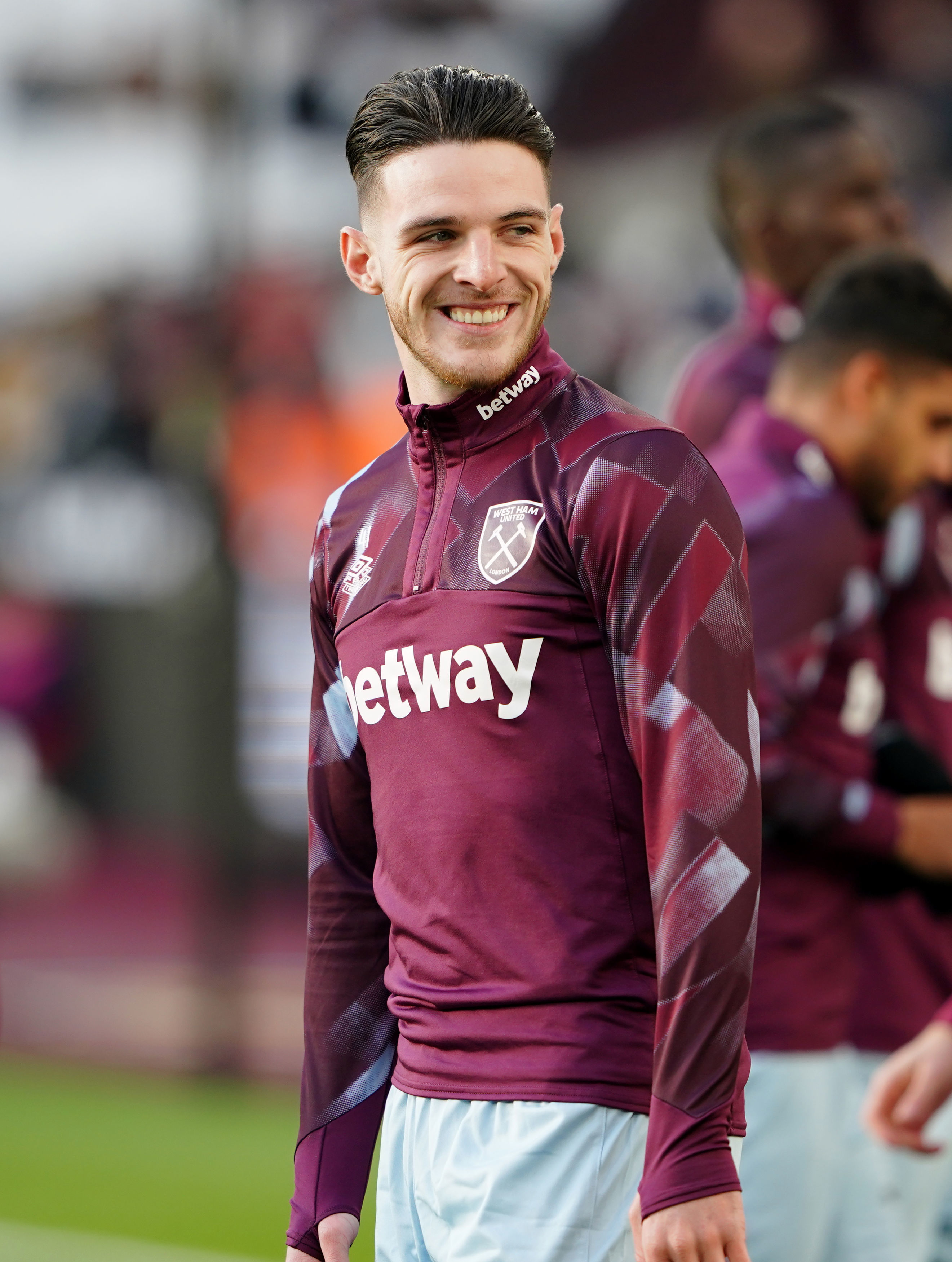 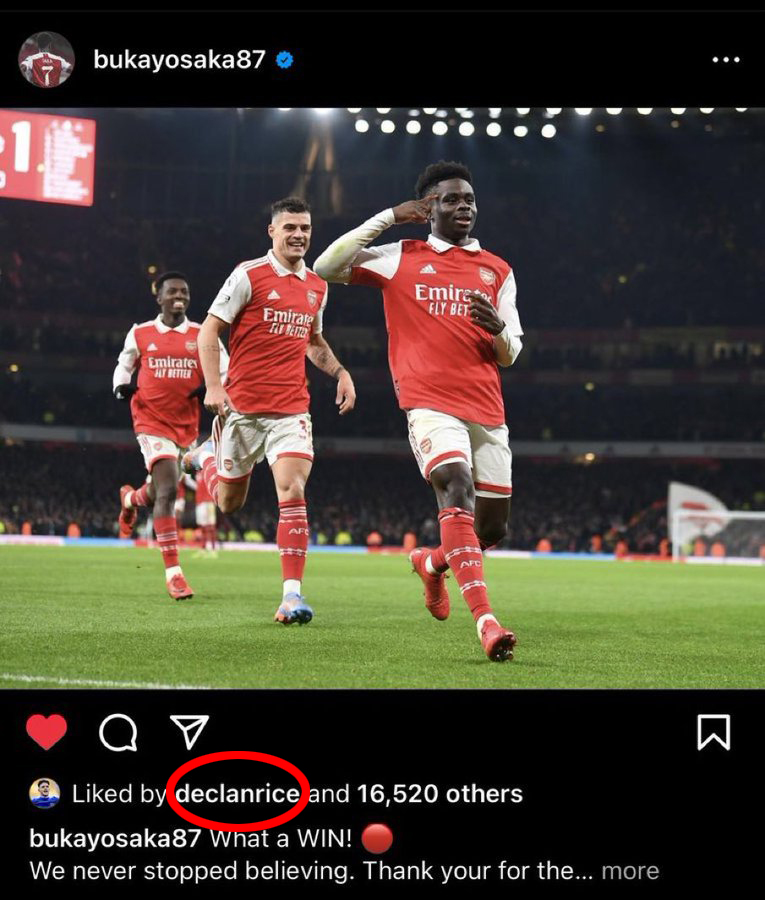 Saka scored a stunning goal early in the second half to fire the Gunners into a 2-1 lead in reply to Marcus Rashford's own first-half effort.

Lisandro Martinez headed home an equaliser shortly after before Eddie Nketiah squeezed home his second late on to send Arsenal five points clear at the top of the table.

With Rice, 24, liking the image amid rumours linking him to the Emirates, Gunners fans were all left with one message for the England star.

One fan wrote: "You know you want to mate COME TO NORTH LONDON."

A third declared: "Let him join the greatest team."

A fourth said: "Ohhhh he's coming sooner than we think!!!!"

Another proclaimed: "Rice is a Gunner."

Rice and Saka both starred for England at the recent Qatar World Cup.

The West Ham captain is said to have a strong desire to play in the Champions League when he leaves the Hammers.

Man Utd, Chelsea and Arsenal have all been linked with a move, but with the three-year project under Mikel Arteta now bearing its fruits, Arsenal are in a uniquely strong position in comparison.

They are well on track to be able to offer Champions League football, with the added caveat of being the Premier League champions going into next season very much on the cards.

Only one team have failed to go on to win the title after collecting 50 points after 19 games – that being Liverpool in 2018/19. 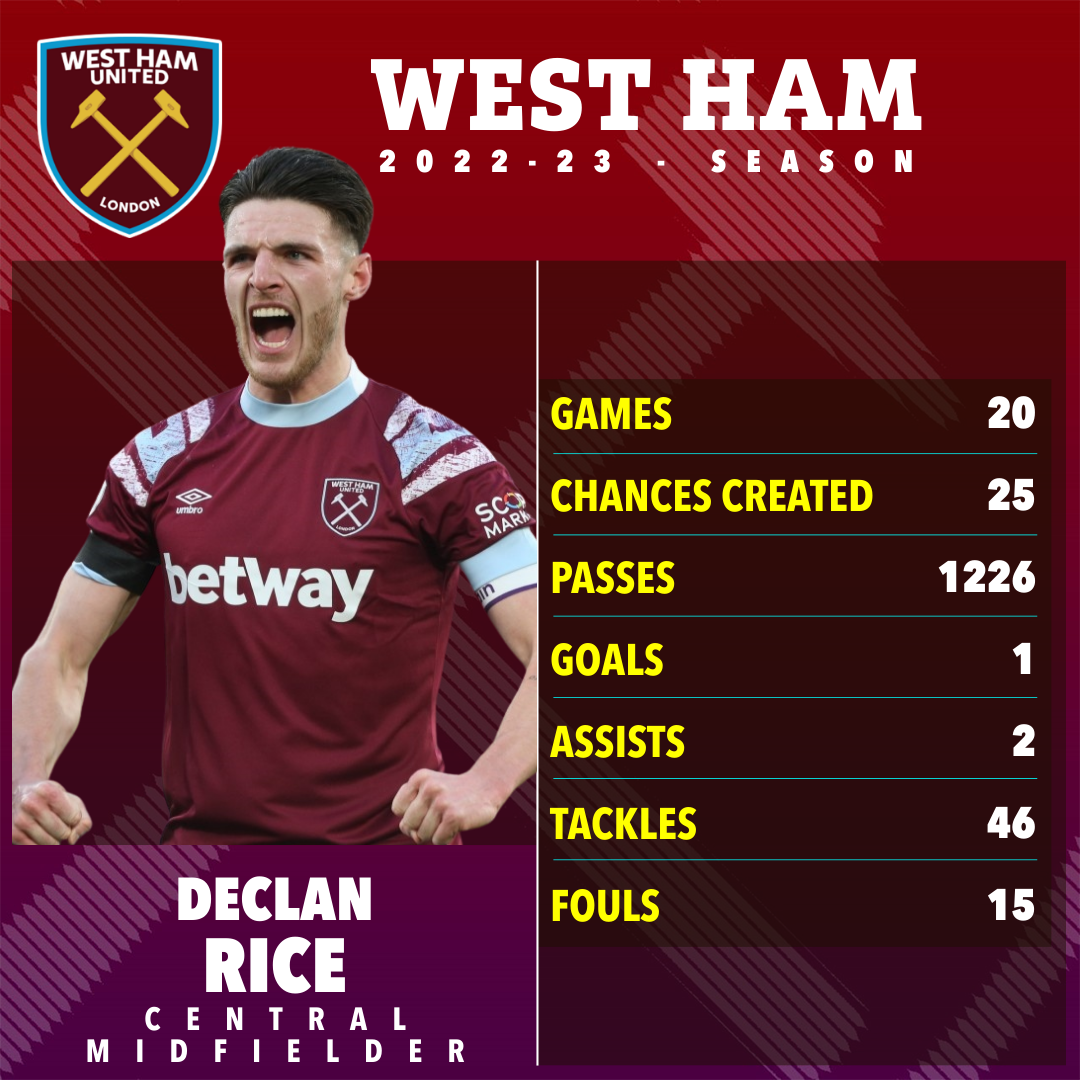