ARSENAL fans have fallen in love with Kieran Tierney before he has even played a game for the club because of his hilarious new Twitter profile photo.

The left-back, 22, has been put through his paces in training with Unai Emery's side since completing his switch from Celtic. 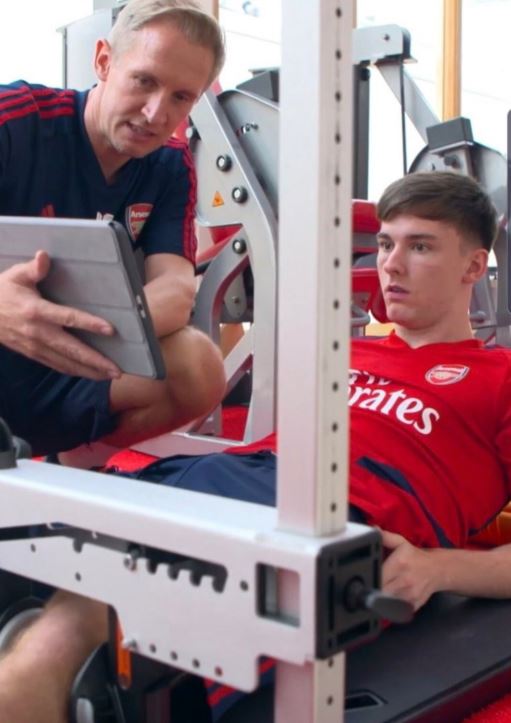 Tierney was shown busting a lung alongside Hector Bellerin at their London Colney HQ yesterday.

And a photo he posted online had Gunners fans in stitches.

Tierney is shown in the gym with a fitness expert showing him information on an iPad.

The Scotland star's face is a mixture of shock, horror and dread. He took the mick out of himself by captioning it: "#NewProfilePic."

Replying to the photo, one supporter said: "LOOOOOL MY FULL BACK."

Another posted: "Kieran Tierney has got fantastic banter sorry Celtic."

A fellow user said: "I love you so much."

Another wrote: "Oh my God! I love you already!"

One Gunner posted: "Oh you legend."

The bad news, though, is that Tierney will not be able to play until at least October after completing his £25million deal.

Tierney passed his medical, but the club expect him to endure at least seven weeks on the sidelines.

He is recovering from a groin injury and is reportedly undergoing further treatment after a double hernia operation.

Arsenal have now have released an update on their injured players ahead of this weekend's match against Burnley.

In regard to Tierney, it read: "Groin. Continues to receive treatment and further assessments. Aiming to participate in full training in October."