Home » Sport » Arsenal ratings: Time is up for Holding, Aubameyang isn't a winger and Ceballos needs to start every game

ARSENAL showed they were still miles off being title contenders as they were taught a football lesson by the champions Liverpool.

But if Alexandre Lacazette had taken a glorious chance in the second half it could have been 2-2. 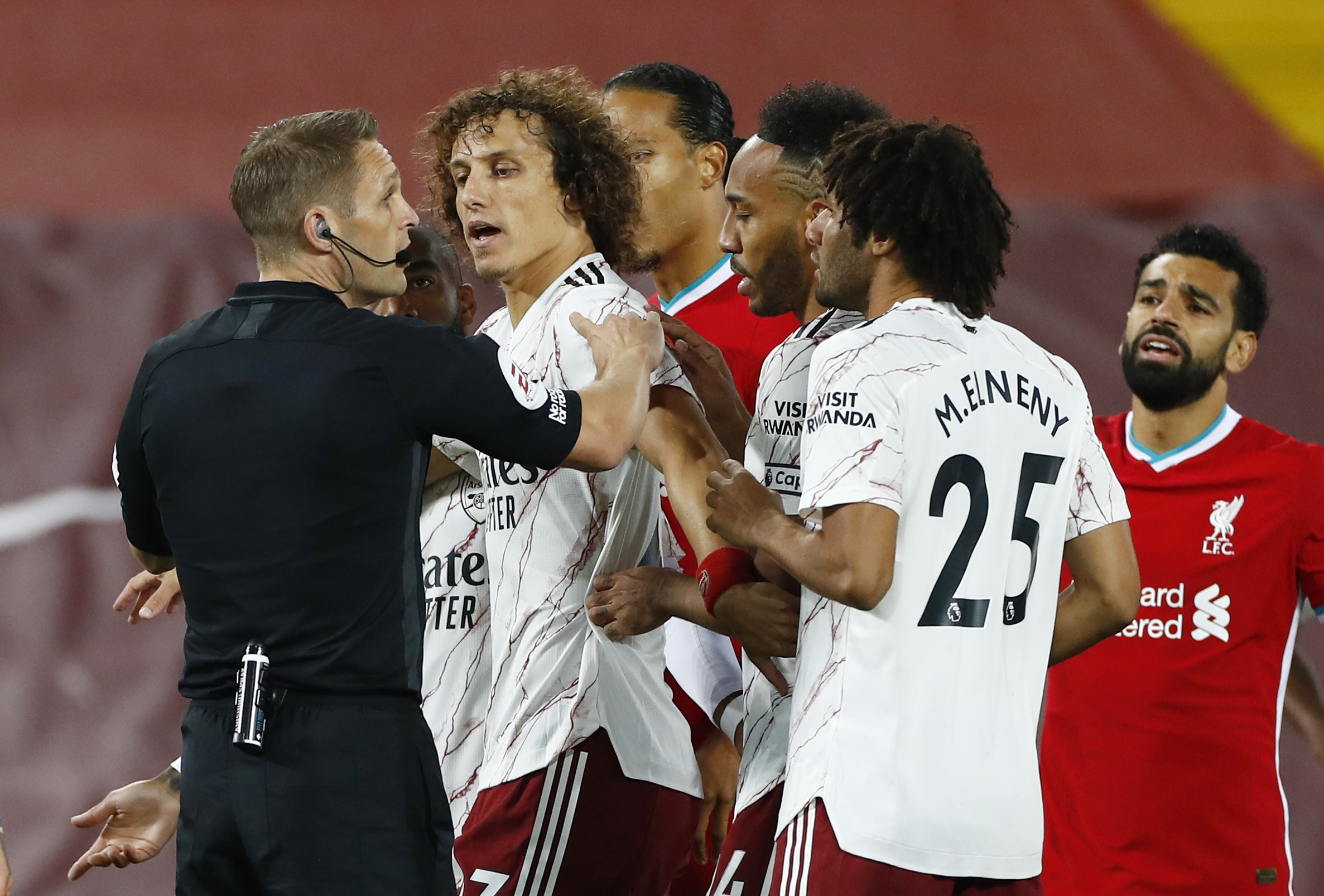 Instead, Alisson parried out his effort, and Jurgen Klopp's side went on to win 3-1.

Here, John Hutchinson gives the lowdown on how Arsenal's stars fared at Anfield.

Might have thought he could have parried out wide instead of straight to Sadio Mane for Liverpool's equaliser.

Emiliano Martinez was impressive again keeping a clean sheet for Aston Villa at Fulham earlier on. Leno yet to prove it was the right decision to sell the Argentinian.

Not sure how he is still a starter for the Gunners, especially with Gabriel sat on the bench.

Some woeful passing out that put his midfielders under pressure immediately. Caught on the ball numerous times. Should be back-up at best going forward.

Seemingly the first-choice centre-half this season for Arteta.

Displayed some decent passing out from the back, but had his hands full as much with Firmino, Salah and Mane as he did reminding Tierney and Holding how to defend.

Seems to be one step forward two steps back at the moment for the young Scot.

Going forward he shows confidence and exuberance, but needs to be reminded he was playing centre-half. At fault for Mane's opener by just being too rash in a couple of challenges.

You'd have thought playing wing-back would have been ideal for the marauding Spaniard.

But not so, as he had his hands full with Liverpool's fluid wing play and overlapping full-backs. 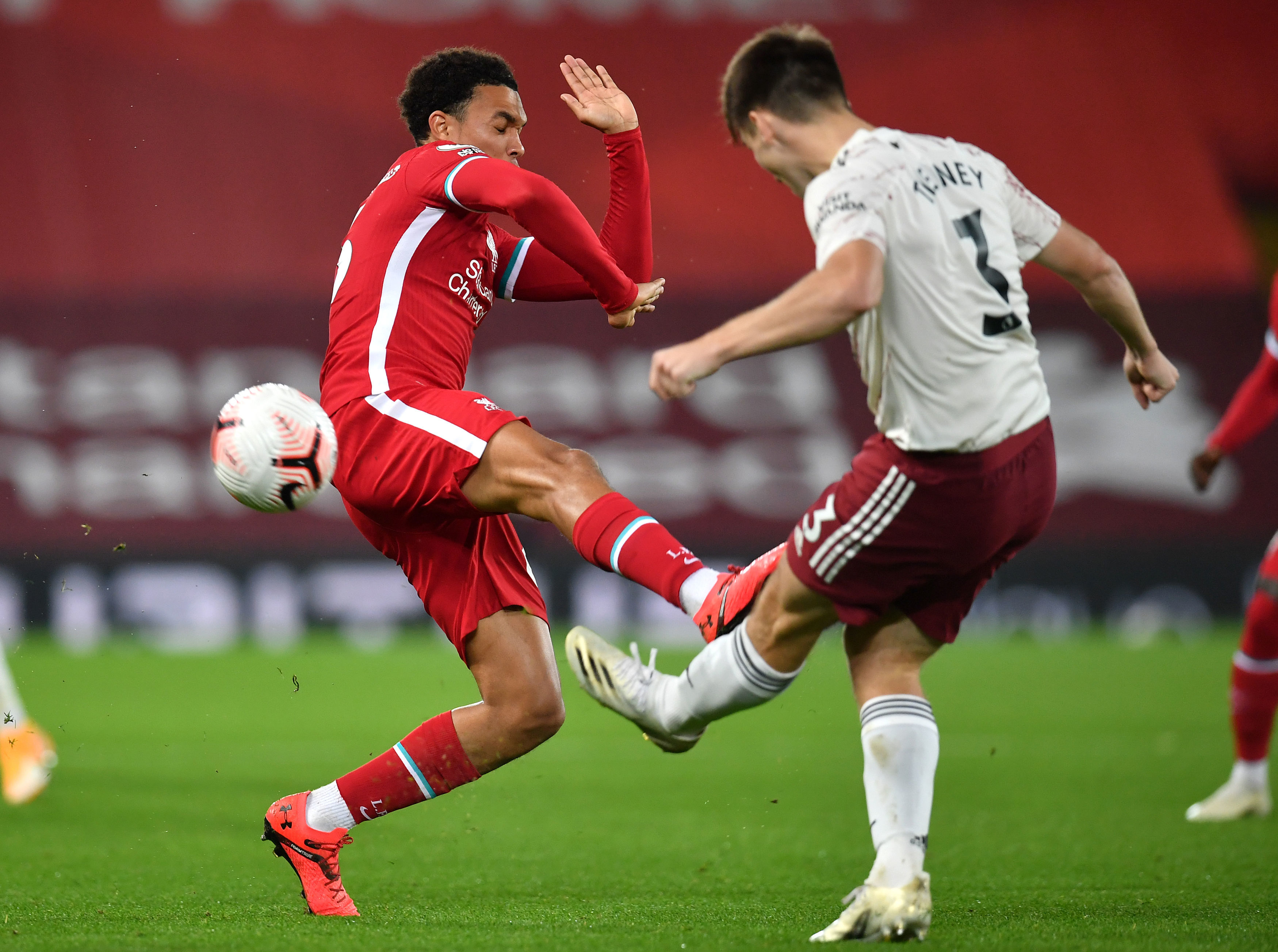 Probably the biggest shock is that Elneny is starting for Arteta this season – but being a defensive midfielder he was always likely to get the call against Liverpool.

But the Egyptian has showed up the likes of Lucas Torreira and even Xhaka with his effort and determination, even if his skills aren't the best.

Subbed off on 59 minutes, he was pretty anonymous and upstaged by midfield team-mate Elneny.

Was slow and timid up against Keita and Fabinho – not what you would expect of someone with his tough-guy attitude.

Seemed confused as to what his position was. Miles off supporting Tierney, who was given a torrid time by Salah and Mane.

Improved in the second half, but was probably told he had to otherwise he'd be off. 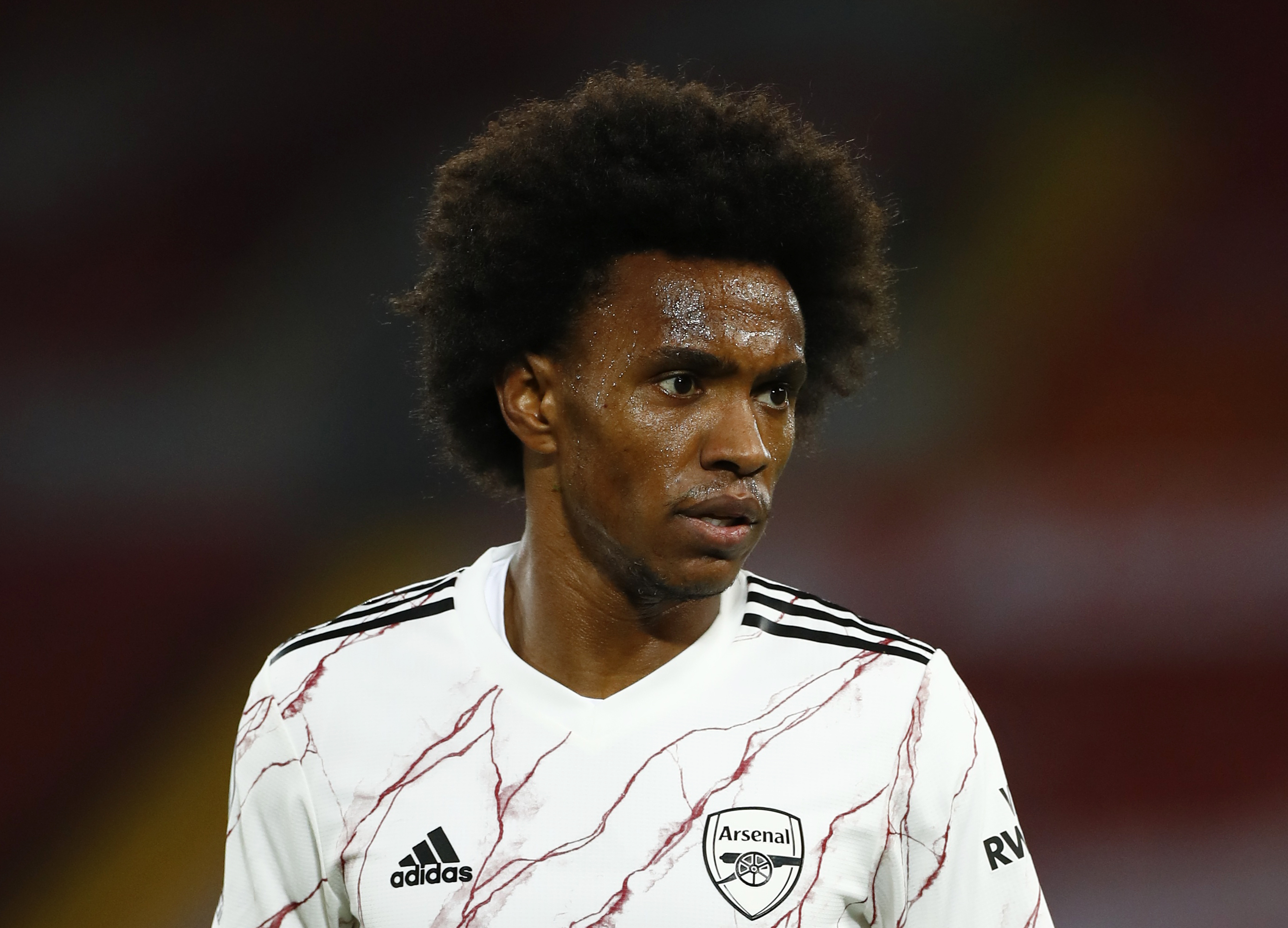 Pretty much anonymous in the first 45, at least from an attacking point of view.

Liverpool having so much of the ball won't have helped his case, but his movement was lethargic and predictable. 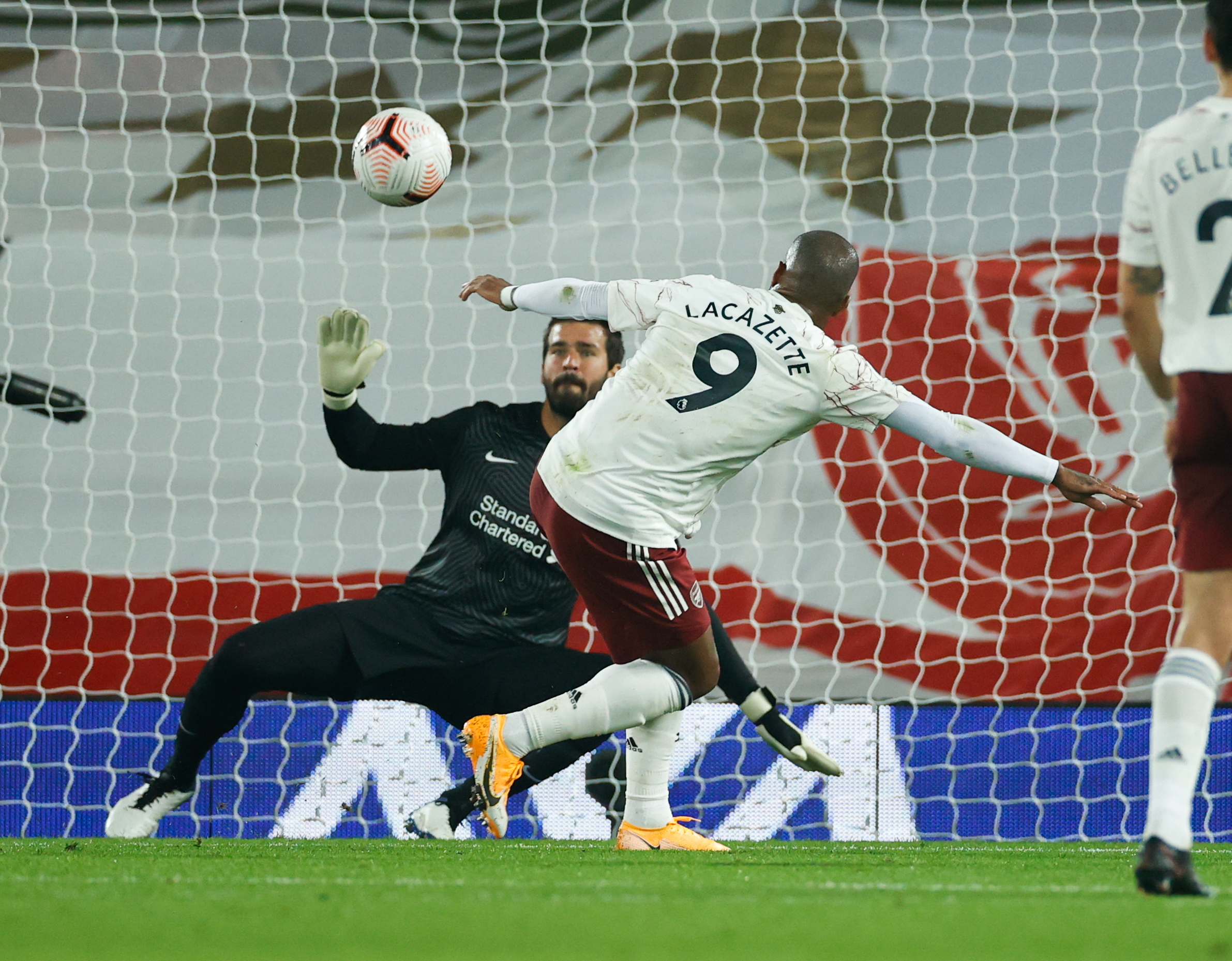 Huge slice of luck in scoring the game's opening goal, but a good striker is always in the right place at the right time.

Fluffed a glorious chance just past the hour mark that he will regret, smashing straight at Alisson.

Forgot he was even playing the first 45. Not sure how long Arsenal can persevere this season playing their best striker so far out wide.

Rather than push him up top when Lacazette went off, Nketiah occupied that role. A rare off day for Auba who could count his touches on two hands. 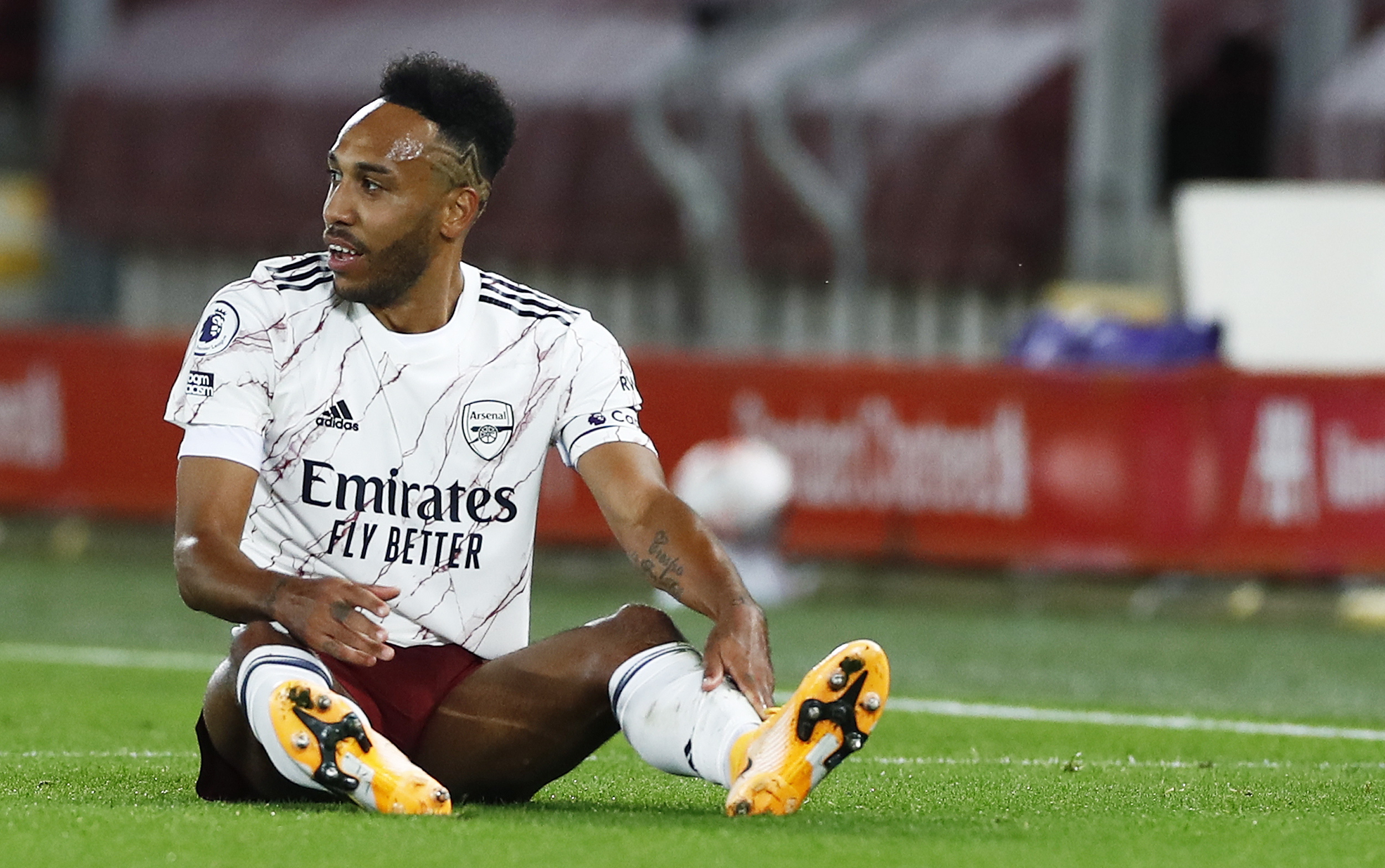 Took only two minutes to create a glorious chance for Arsenal to tie things up at 2-2, but Lacazette failed to finish off his delicious ball.

The Spaniard gave Arsenal some more hope in an attacking sense, but will have wished it was Aubameyang through the middle for his defence-splitting passes. 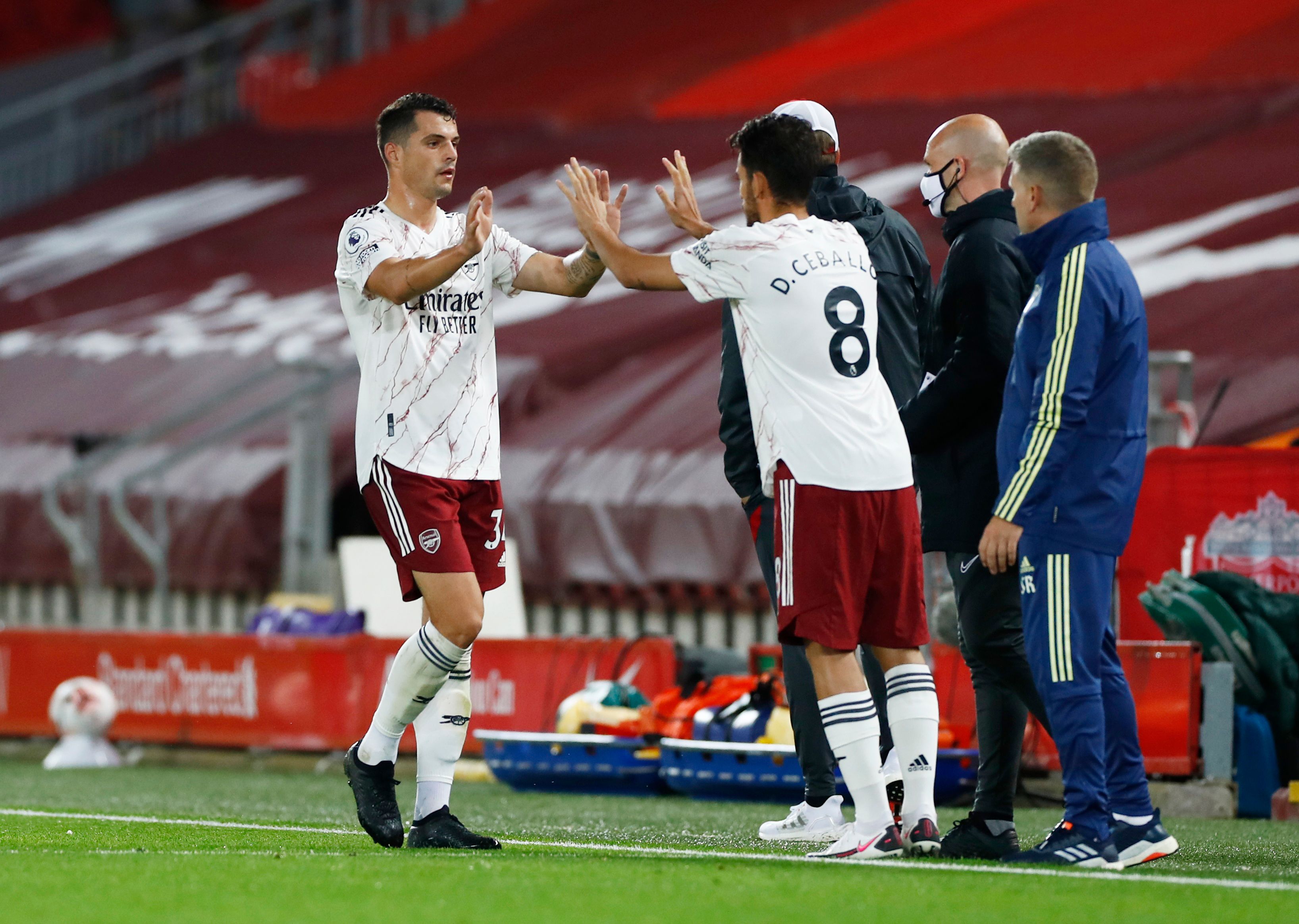 One dismal corner that failed to beat the man at the front post sums up his Arsenal career.

How Gunners fans wish they could have been successful buying Wilfried Zaha.

Little time to make any impact. One good run forward almost got him in but Alisson smothered the ball.