ARSENAL have stepped up their interest in RB Leipzig winger Christopher Nkunku as they prepare for a £27million bid this summer.

The 23-year-old French forward has continued his superb spell with the Bundesliga side this season, scoring six times and assisting five more in the league. 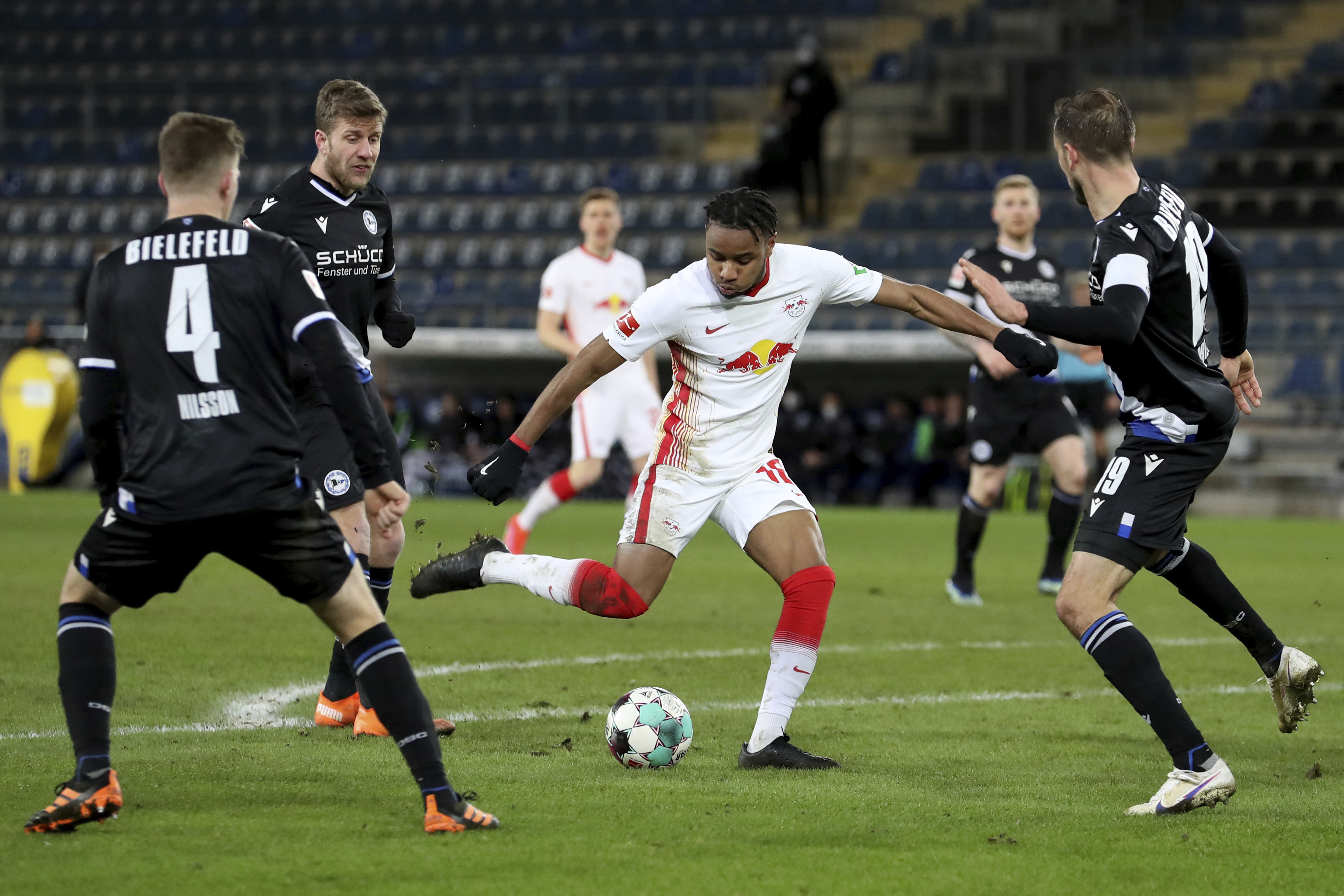 His stellar 2020-21 campaign comes after he managed 13 assists last season, with only Thomas Muller and Jadon Sancho providing more in Germany's top flight.

And according to Sky Sports, his relentless consistency for Leipzig has caught the eye of Mikel Arteta.

The Arsenal boss will be looking to bolster his attacking options in the summer as uncertainty continues over the future of a number of his players.

Martin Odegaard is set to return to Real Madrid at the end of his loan spell with the Gunners.

And Alexandre Lacazette has been linked with a move away from the Emirates.

Then there is the issue around Willian, who has failed to make any real impact since joining the club last summer.

But Nkunku will not be whisked away from Leipzig easily as the German club are currently experiencing interest in a number of their top players.

Club captain Marcel Sabitzer is also rumoured to be considering a move away, with Tottenham said to be interested in him.

Nkunku made the brave to leave Paris Saint-Germain in 2019 in his search for more first team minutes.

And while he had played 29 times for the Ligue 1 champions in his last campaign before departing the French capital, he insists he does not regret the decision.

"I wouldn't say it was easy for me to leave PSG," he told Kicker.

"But I had to go for the sake of my development. I wasn't playing enough in Paris. I made the right decision.

"The package here in Leipzig is perfect: the structures, the philosophy, the sporting objectives, the opportunities which young players have to grow at this club."

Crute not letting lockdown get in the way of UFC return