Chaos erupted at the Emirates when the the Tottenham stars decided to celebrate alongside Unai Emery's substitutes on the touchline. 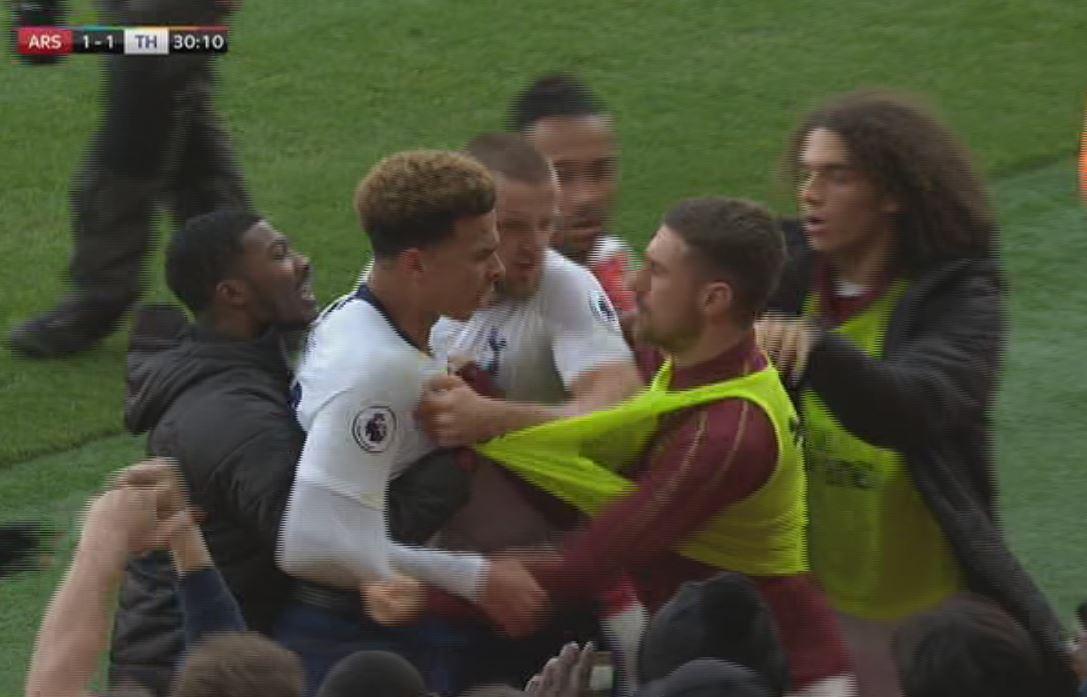 Dier managed to claw one back for the visitors to level the scoring after Pierre-Emerick Aubameyang's opener.

The England ace celebrated in front of the Arsenal fans and alongside the substitutes as they warmed up on the sideline.

Stephan Lichtsteiner got into a scuffle with Moussa Sissoko as Ramsey and Alli started to pull each others shirts.

Dier started to jog back up the pitch, but he turned around after he realised the chaos that was commencing behind him. 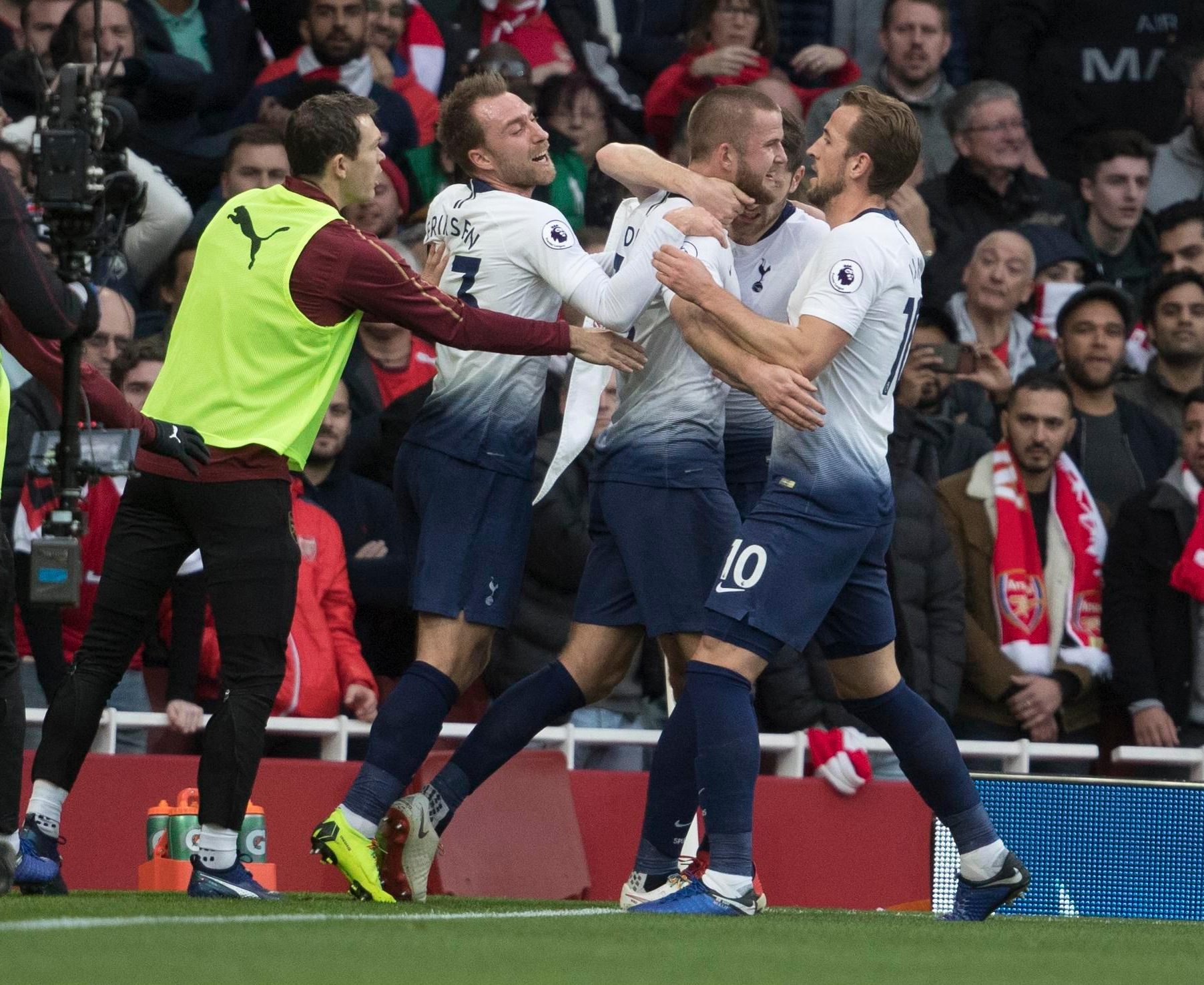 Alexandre Lacazette and Matteo Guendouzi were in the middle of it alongside Juan Foyth and Harry Kane.

And Spurs boss Pochettino raced down the line in a desperate attempt to diffuse the situation.

Stewards raced over and fourth official Andre Marriner stepped in to remind Pochettino about the boundaries of his technical area.

And Dier received a yellow card for his controversial celebration.