BEN STOKES created a flurry of Ashes speculation when he revealed he can grip a bat for the first time since April.

The all-rounder posted a photo on social media showing his damaged left index finger wrapped round the handle of a bat. 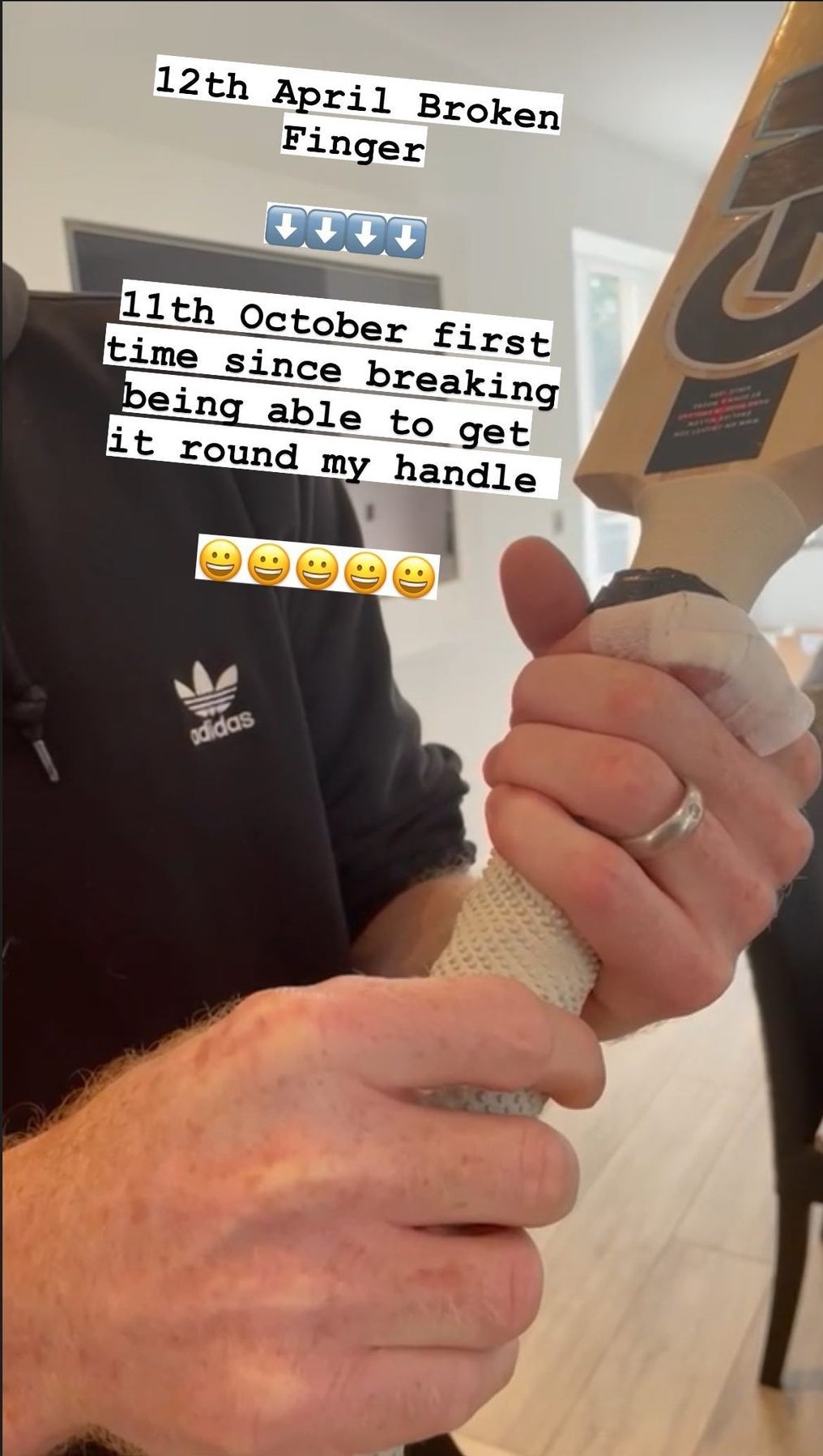 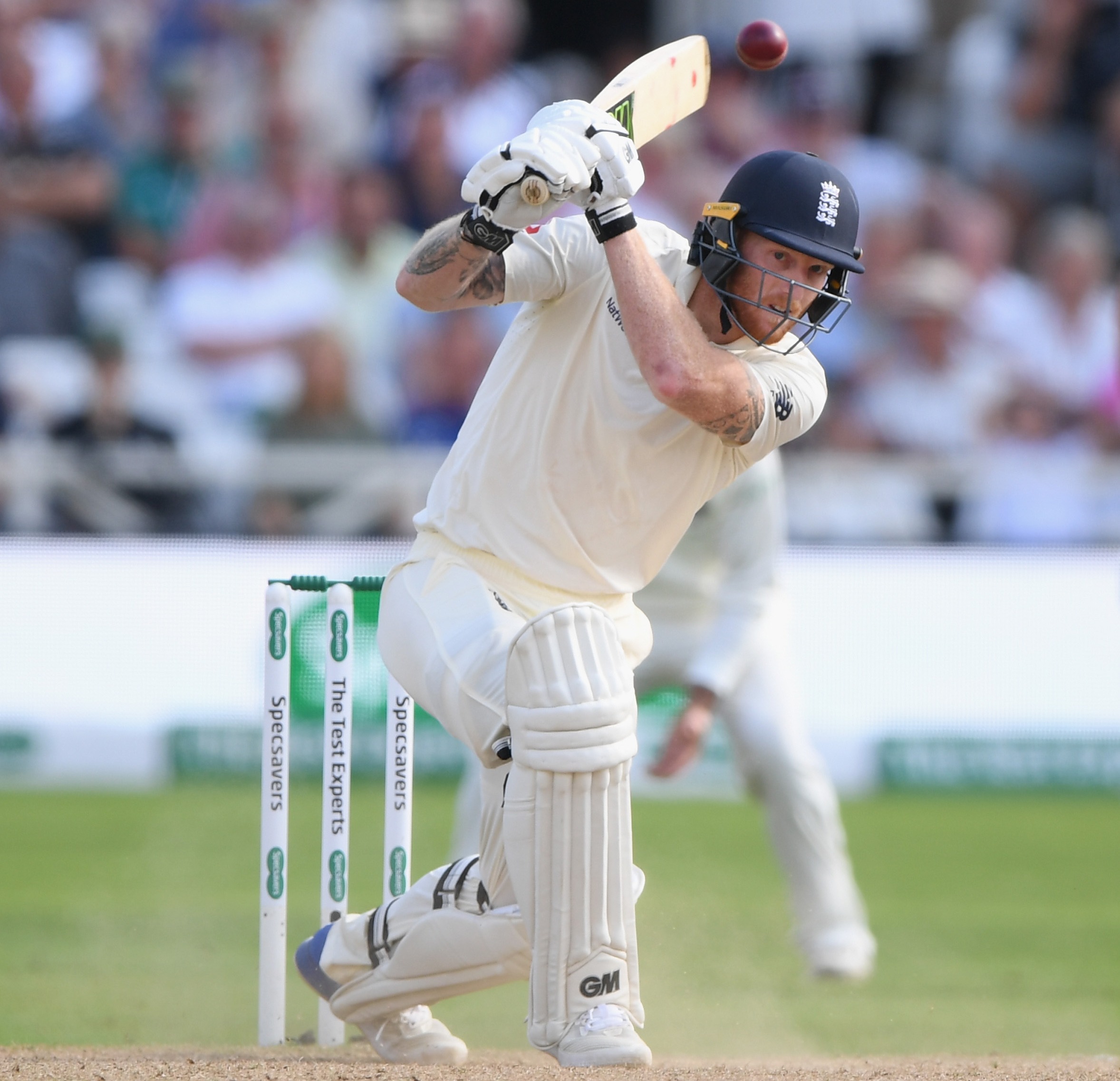 The accompanying words said: “12th April Broken Finger. 11th October first time since breaking being able to get it round my handle.” And there were five smiling face emojis.

Stokes underwent a second operation last Monday and the surgery appears to have been a success after he endured months of pain.

Many took Stokes’ post as a hint he might be able to play some part in the Ashes.

On Sunday, when he announced England’s 17-man squad, head coach Chris Silverwood did not want to speculate about a possible comeback date for Stokes and therefore did not not categorically rule him out of the Ashes.

But Stokes is taking an indefinite break from cricket to prioritise his mental health as well as allow his finger to repair and it remains extremely unlikely he will feature in the series.

Woakes is one of five members of the Twenty20 World Cup squad who will fly to Australia straight after the tournament.

And he said: “There’s the small thing of a World Cup before the Ashes – so I have my eyes firmly on that.

“You don’t want to get to the end of the World Cup and think, ‘I wasn’t fully engaged.’ We have to give this our full attention.”

Woakes and Jos Buttler, Jonny Bairstow, Dawid Malan and Mark Wood will travel from the UAE for the Ashes.

The Warwickshire star, 32, will not decide whether his wife and two children will join him in Australia until the details over visas and quarantines are finalised.

He added: “Things are still happening behind the scenes and people are dealing with issues on the team’s behalf – but it's exciting an Ashes series is around the corner.

“There was no doubt everyone was keen to go but people want certainty around what life will be like once we arrive.

“We’ve done a hell of a lot of time in bubbles over the last 18 months so the thought of 14 days’ quarantine with families is a big thing. It would be nice to focus on the cricket at some point.”

With the wrangling over the Ashes in recent weeks, it is easy to forget that England are attempting to add T20 triumph to the 50-over global glory they achieved in 2019.

And Woakes, who returned to England’s T20 this year for the first time since 2015, could be a key figure with his bowling in the power play and at the death.

He has just ten T20 matches for England in the ten years since his debut but has plenty of experience in tournaments such as the Indian Premier League.

Tymal Mills and Wood will provide the pace but England want the likes of Woakes and Chris Jordan to be calm-headed performers in pressure situations.

A week after arriving in Oman – they will transfer to Dubai for their tournament opener against West Indies on October 23 – England practised as a squad for the first time yesterday.

Woakes explained: “Bowling at the top and the death in T20 can be a whirlwind. You need to keep a cool head and stay in the moment.

“Hopefully, I can draw on my experience and use it to help me perform at this World Cup.

"There’s not a huge difference between bowling with the new ball in T20 and 50-over cricket so it’s a great opportunity to take wickets, which is a strength of mine in ODIs.

“I would have liked to have played a few more T20 games for England but not having to concentrate on T20 too much has helped my other formats.

“I hadn’t given up on T20s with England but I thought maybe that ship had sailed. I’d be lying if I said I thought I’d get another go – but I hoped I would and I wasn’t thinking of retiring from the format.

“Now I’m delighted to be sitting here with an opportunity to play another World Cup.”