The Rugby Australia board will go into a high-stakes meeting on Monday armed with a detailed high performance review that includes mixed player feedback on the Test environment under Wallabies coach Michael Cheika.

The review, authored by high performance boss Ben Whitaker, has been circulated to the entire board ahead of their meeting, which kicks off at 9.30am at Rugby Australia headquarters in Sydney. 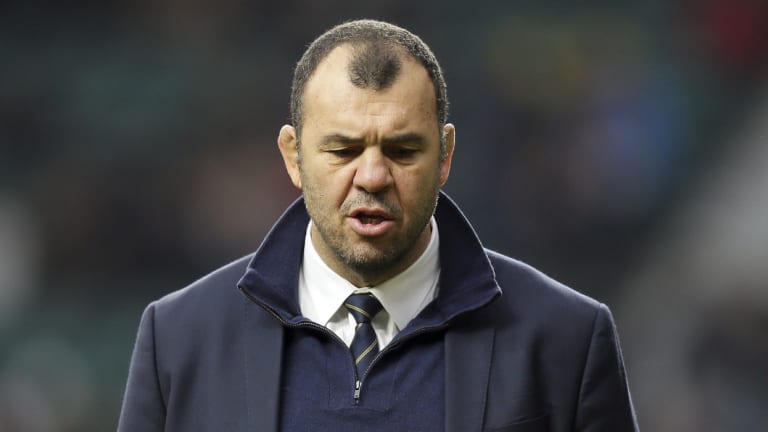 It is understood to contain a detailed season review and a large section of player feedback, which was given anonymously at the end of the spring tour.

One insider described the player feedback as "mixed", including a strong endorsement of Michael Hooper's Test captaincy but some concerns about the team's communication, organisation and culture.

Board members went to ground on Sunday, but it appears there is a hardening sentiment that a change of some sort is required.

That is still unlikely to leave Cheika without a job. The Super Rugby title-winning coach may have presided over the worst Wallabies win rate of the professional era but, with a full year left on his contract, uncertainty over who is available to replace him, and repeated public backing from chief executive Raelene Castle and chairman Cameron Clyne, it appears the board will push for change to his assistants and possibly his management team.

Moving on one of more of those figures would demonstrate that RA were prepared to do something in the face of a major crisis of confidence in the wider game.

Cheika himself will also front the meeting and no doubt offer an explanation of the Test team's nine losses from 13 matches this year and poor attacking, defensive and set piece statistics.

There are some figures waiting in the wings. The Herald reported last week that Whitaker flew to Europe last month to meet in person Scotland Rugby Union's Australian director of rugby, Scott Johnson. Whether or not a return could be engineered any earlier than after next year's World Cup, remains to be seen.

Along with Johnson, former Australian high performance boss David Nucifora – now with Ireland in a similar role – is high on the list of figures RA are keen to repatriate. England coach Eddie Jones and his current attack coach Scott Wisemantel are also high on the list.

Jones is contracted with England until 2021 while Nucifora would seem unlikely to walk out on Ireland this close to the World Cup after engineering much of their recent revival alongside head coach Joe Schmidt.

Cheika has received the backing of a number of prominent figures including Test greats David Campese and Stirling Mortlock, as well as World Cup winning-coach and Randwick ally Bob Dwyer.

Campese last week pointed out the Cheika had blooded 35 newcomers to the Test arena since the last World Cup and that the short-term pain may prove the Wallabies’ long-term gain at the 2019 global showpiece.