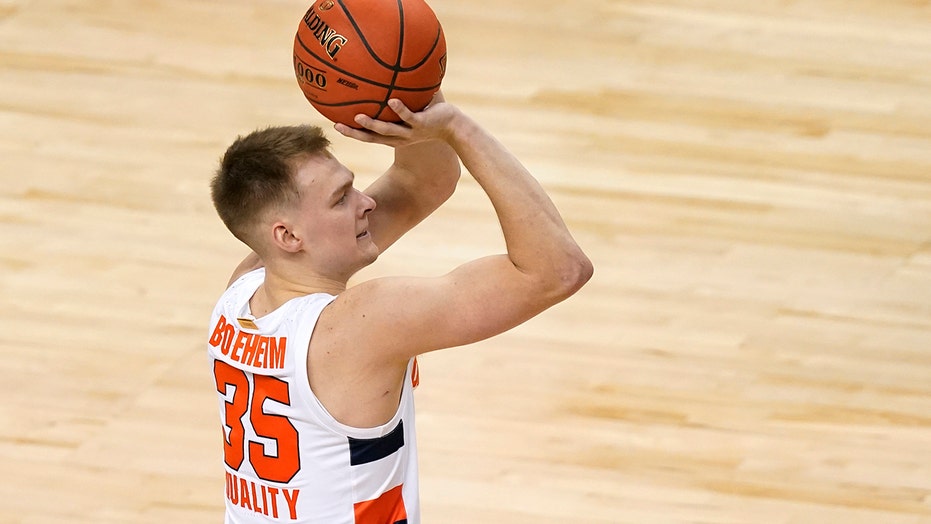 Buddy Boeheim scored 27 points with a season-high six of Syracuse’s 14 3-pointers, and the Orange beat North Carolina State 89-68 on Wednesday in the second round of the Atlantic Coast Conference tournament.

Syracuse (16-8) will face top-seed, and No. 16 Virginia on Thursday in the quarterfinals. The Cavaliers won the only regular-season meeting, hitting 14 3-pointers en route to a 81-58 victory on Jan. 25. Syracuse was 5 for 24 from 3-point territory.

Syracuse scored the first 10 points of the second half with 3-pointers by Quincy Guerrier, Alan Griffin and Joe Girard to build a 15-point lead. The Orange finished the half shooting 8 of 15 from distance.

Boeheim had three 3-point attempts in a 21-second span late, to try to reach a career high in points (29) and 3-pointers, but they didn’t fall and he went to the bench with 2:41 left.

Boeheim gave Syracuse its first double-digit lead at 22-12 on the first of his three straight 3-pointers. He finished with four 3-pointers in the half and 20 points on 8-of-11 shooting. The Orange shot 58.1% overall.

Girard finished with 14 points, Griffin and Guerrier each had 12, and Robert Braswell 11 for Syracuse. Guerrier picked up his fourth foul with 10:51 remaining and fouled out at 2:39.