STEVEN GERRARD was given a rude awakening by former England teammate Scott Parker as Bournemouth marked their Premier League rebirth in style.

Gerrard had challenged big-spending Villa to show they could ‘walk the walk’ after limping to a 14th place finish last season. 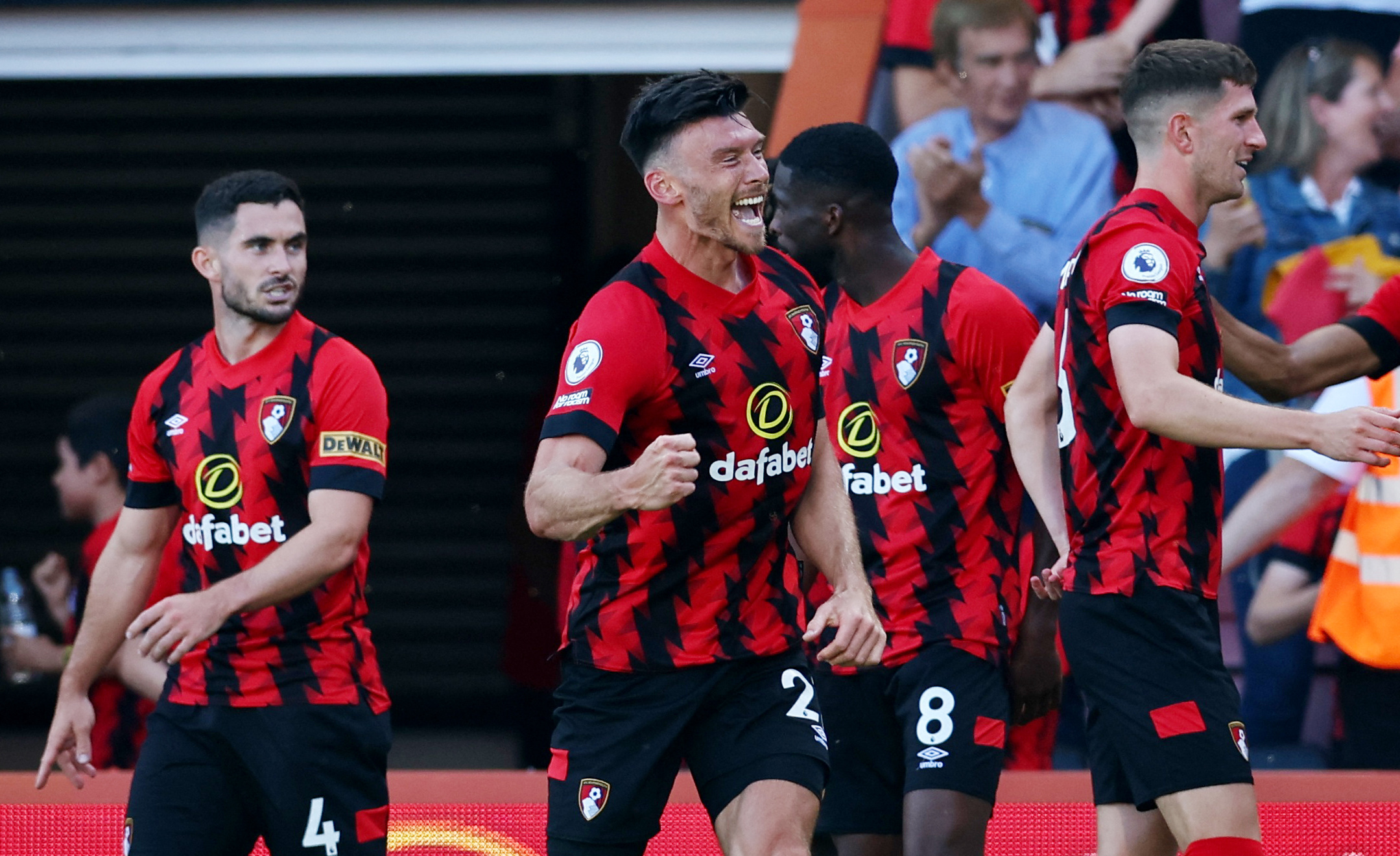 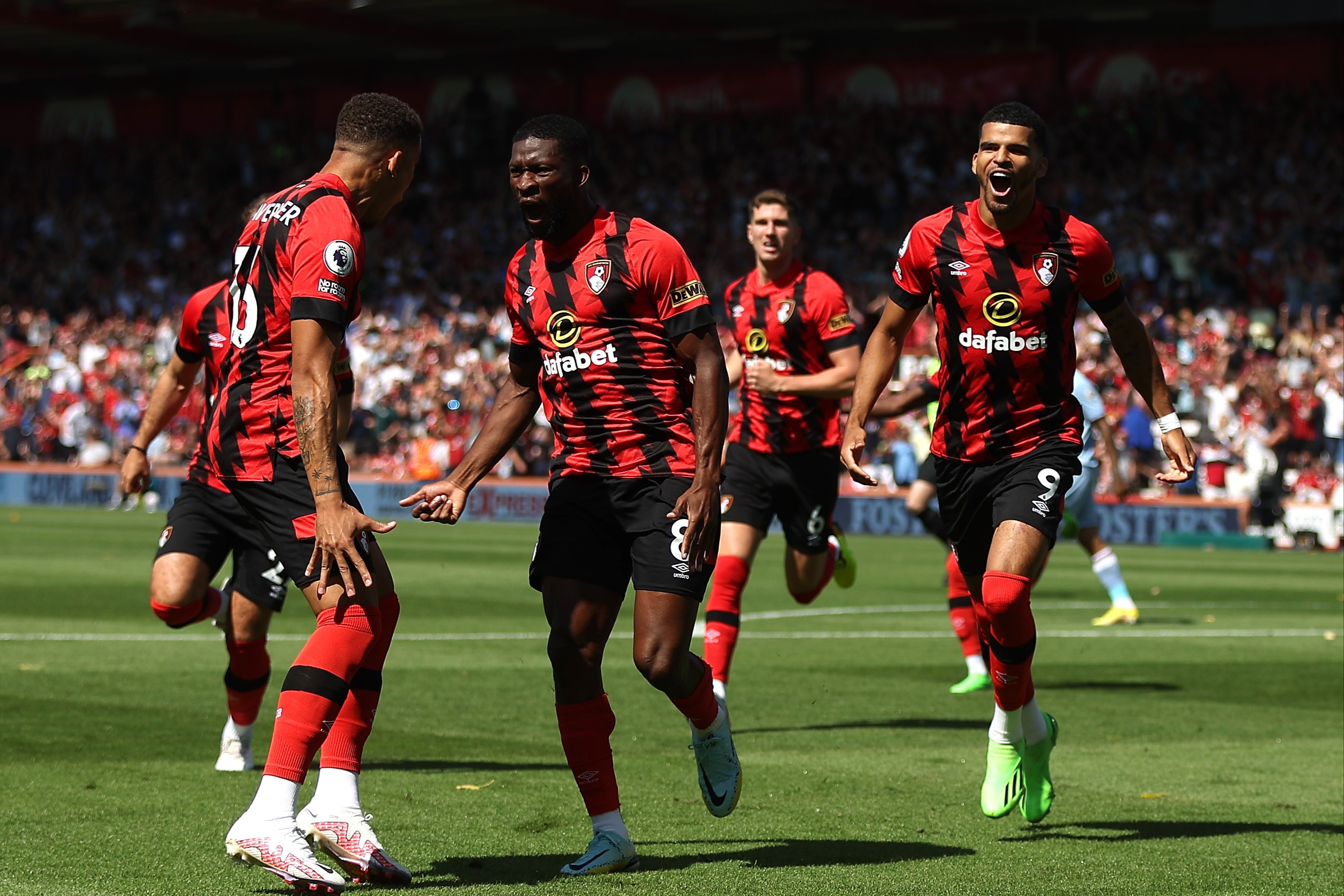 But it was Parker’s newly-promoted Bournemouth who strutted their stuff in the south coast sunshine to claim an unexpected opening day win courtesy of goals from Jefferson Lerma and Kieffer Moore.

Former Fulham chief Parker had not been shy to bemoan the Dorset side’s lack of summer signings in the lead up to their top-flight return.

But perhaps his moaning was a clever piece of reverse psychology to get a reaction out of his players.

The Cherries boss had to wait just two minutes for £10m new boy Marcus Tavernier to make an instant impact.

Bournemouth could have had a second just seven minutes later when Dominic Solanke’s left-foot shot was well saved by Emi Martinez after a mazy run from left wing-back Jordan Zemura.

Villa handed debuts to defender Diego Carlos and midfielder Boubacar Kamara but struggled to ever properly get going.

Danny Ings – preferred up front to England international Ollie Watkins – saw a tame effort comfortably kept out by Mark Travers before heading over from a Lucas Digne cross. 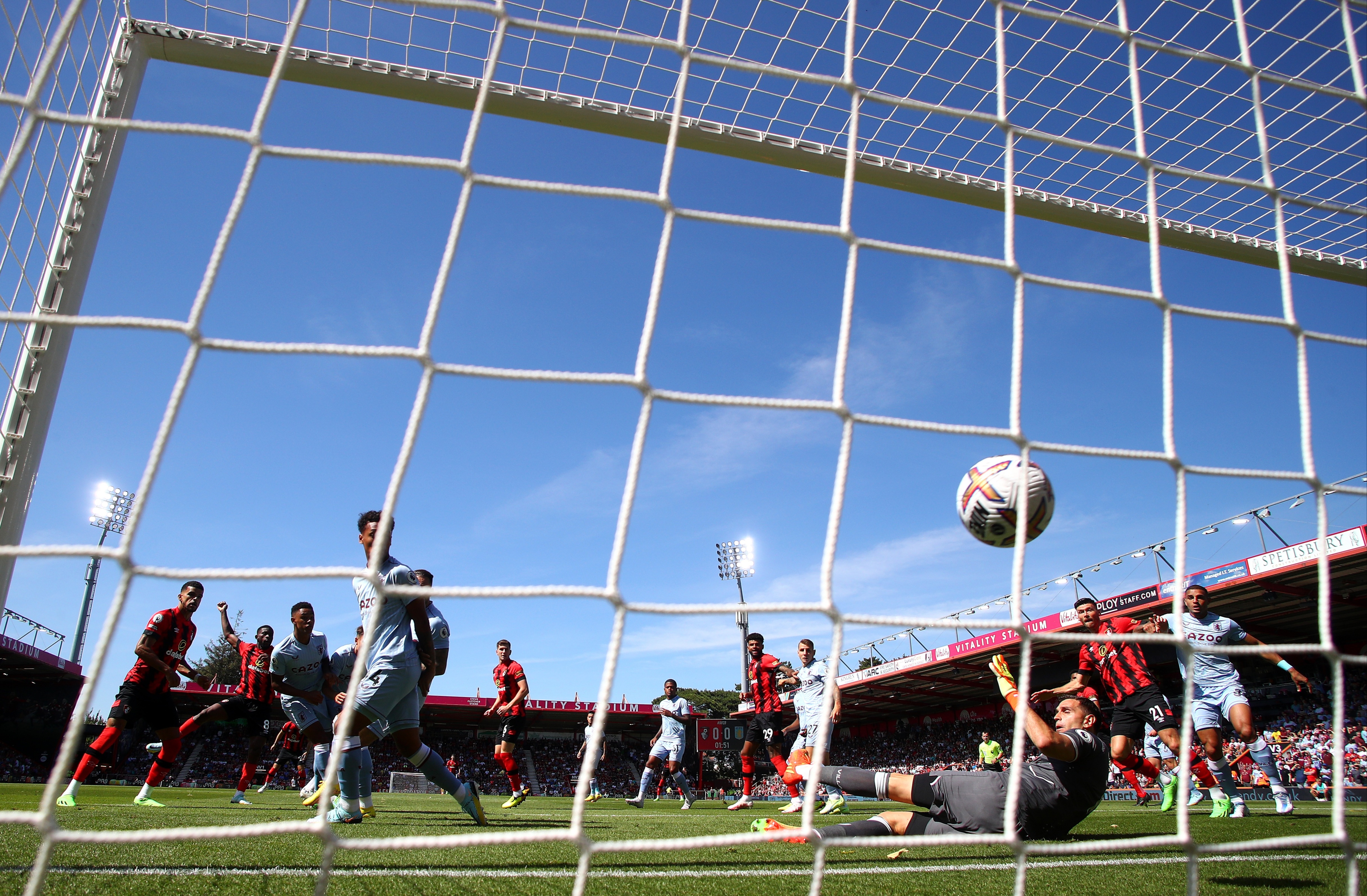 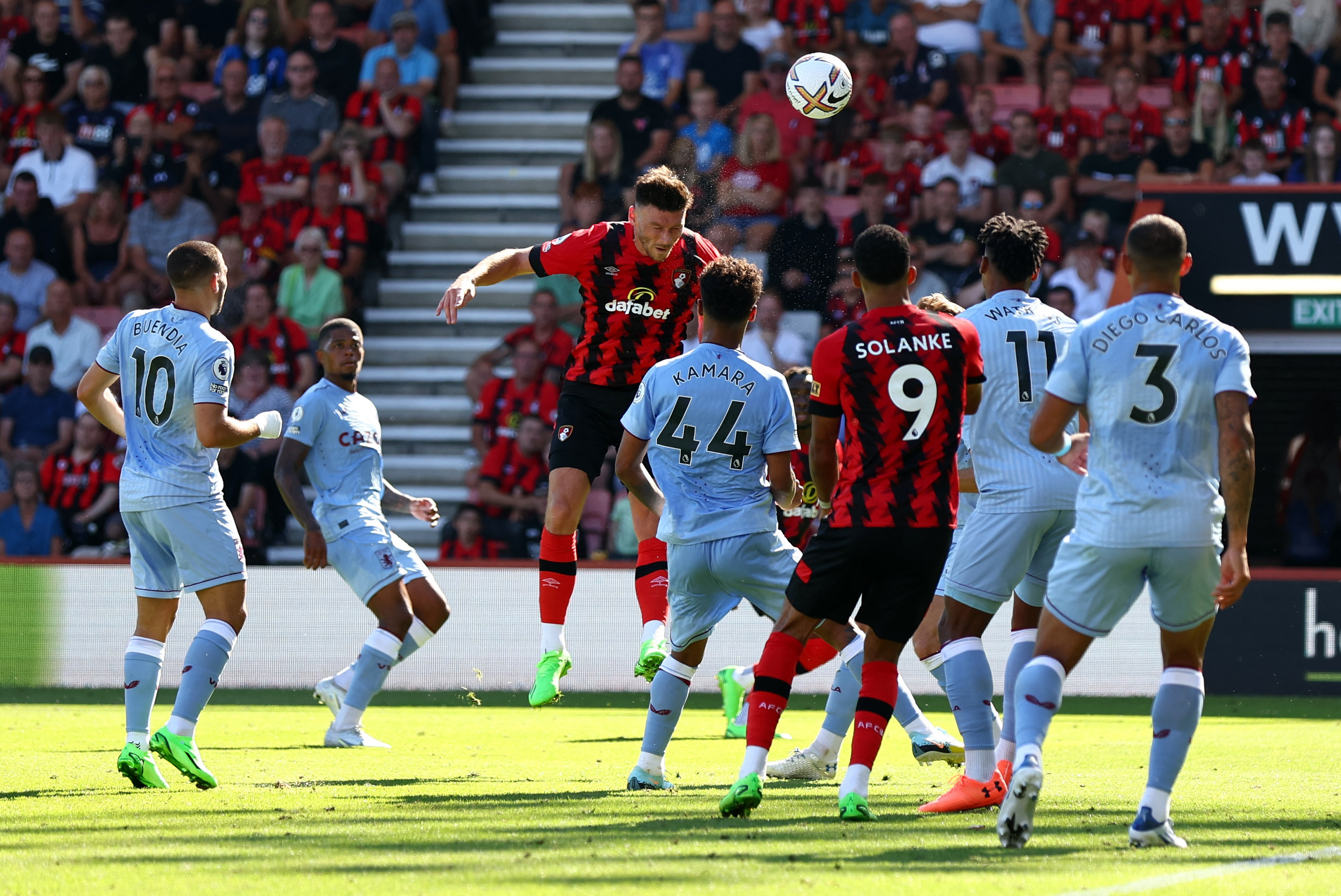 Bournemouth looked the more cohesive unit, exemplified by a slick move that saw Adam Smith flash a teasing ball across the six-yard box which the lunging Moore narrowly failed to get on the end of.

Ings’ 23rd minute booked for lunging in on the lively Tavernier summed up Villa’s first half frustration.

Gerrard hauled off the ineffective Jacob Ramsey at half-time, bringing on Emi Buendia.

But it was still Bournemouth who looked more likely to add to the scoring with Tavernier’s set-piece deliveries causing the Villa back-line a real headache.

Brazilian defender Carlos was clearly so fed up with watching the visitors’ misfiring forwards toil that he tried to take matters into his own hands on the hour-mark. 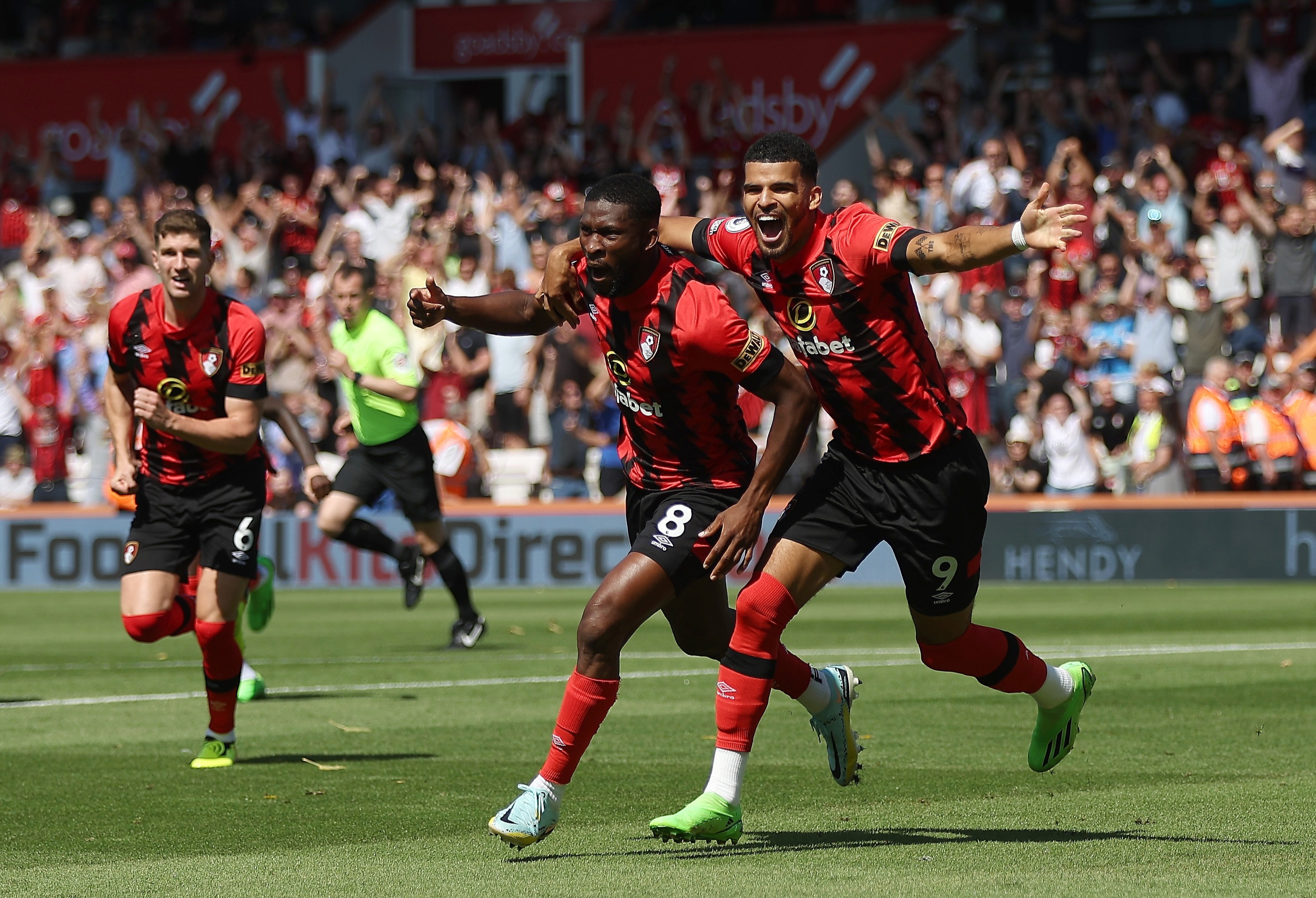 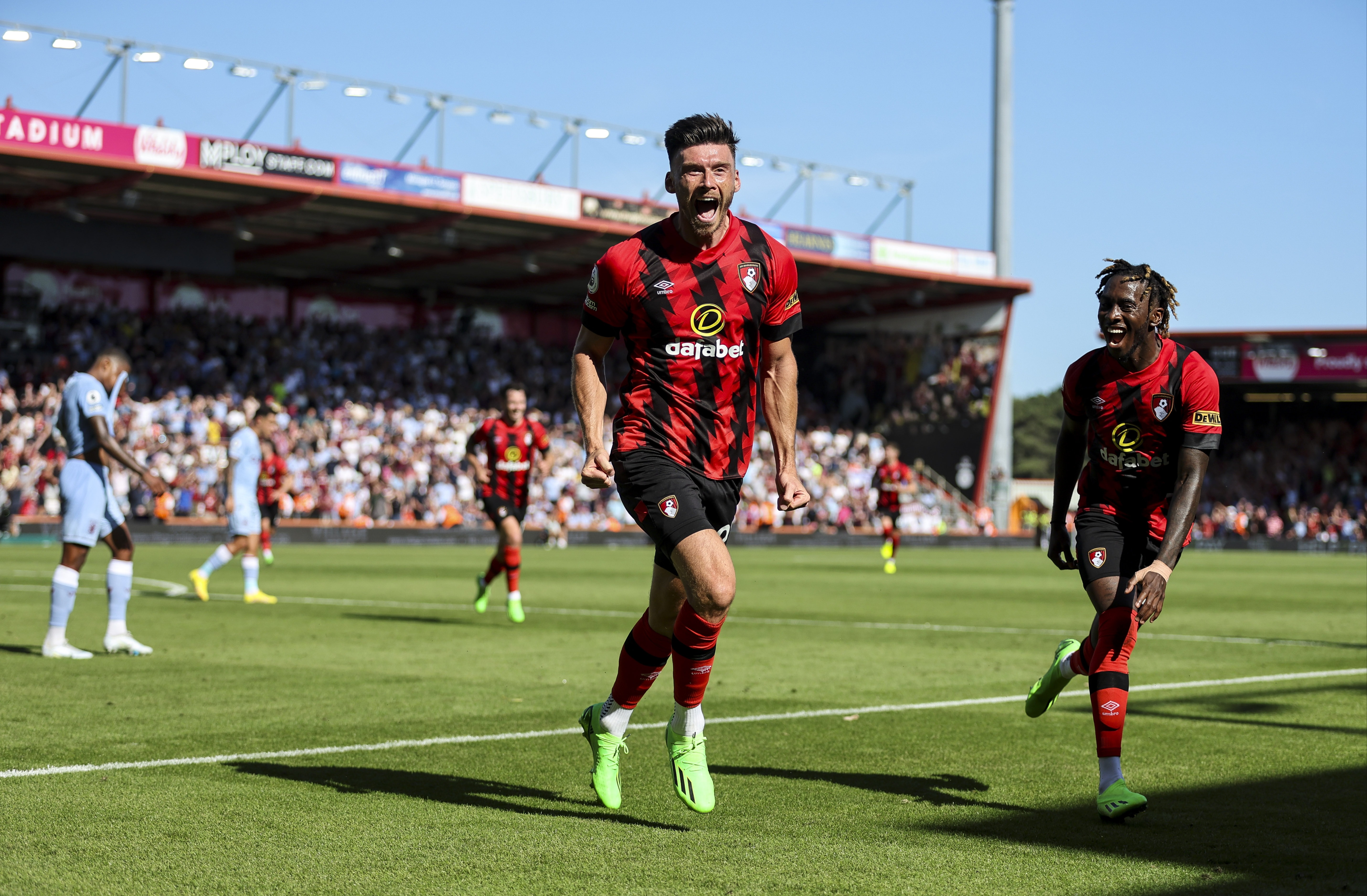 The centre-back’s fellow summer recruit Kamara then curled a 25-yard effort into the stands as Villa were reduced to trying their luck from distance.

Ings made way for Watkins with 25 minutes remaining but he too was starved of service.

It was a similar story for Bournemouth’s top-scorer from last season Solanke, who struggled to get into the game after half-time.

Bournemouth’s first ever Premier League game seven years ago on Monday ended with a 1-0 defeat at home to Villa.

The Midlanders also stayed up at the Cherries’ expense in 2020 so the home fans felt they were due some revenge.

Philippe Coutinho threatened to cut short their celebrations with 17 minutes remaining after working his way into a shooting position but the Brazilian could only drag his 25-yard effort wide.

Villa again failed to properly deal with a Tavernier set-piece and after skipper Kelly recycled a cross back into the penalty area, Moore climbed above a static defence to nod past a helpless Martinez.

As Parker celebrated jubilantly, Gerrard turned away in disgust at his side’s pitiful display.

Catch up on ALL the action with our live blog below…