The day after the fight, the non-combatants left town unmarked, entertained. A group of Tyson Fury's fans ran for a cab to the airport and broke the record for the number of large men in one taxi. Inside the hotel they had left, Fury, with a cut face and swollen forehead, was reflecting on the dubious scoring that earned Deontay Wilder a draw in their world heavyweight title fight.

Fury said he just wanted to get home. "I've got a little daughter there and she's probably forgotten me. She's only a year old." A sad look crept over his wife Paris' face as she lowered her gaze to the table. 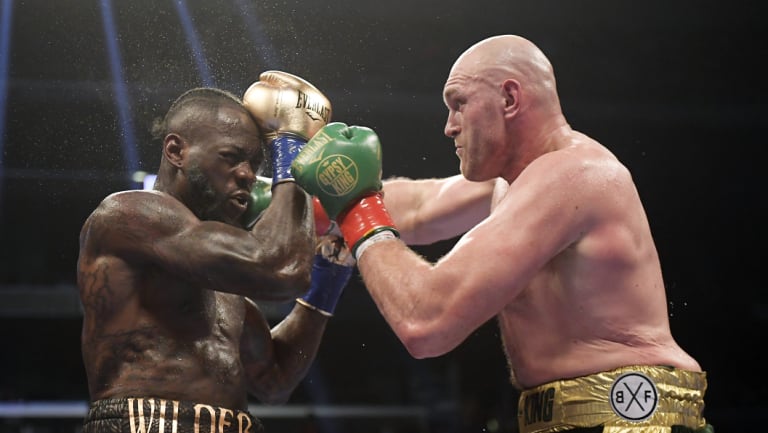 For those outside the ring, boxing is a slice of entertainment: a guilty pleasure to some, a completely reasonable form of sport to many. But the day after, you see glimpses of the cost to those who part the ropes. They risk death and serious injury – mental impairment in later life. They can be called bums and quitters and frauds by punters. And they are at the mercy of judges' scorecards, especially in the opponent's back yard, as Fury was on the weekend.

Wilder, so truculent all week and menacing in his ring-walk get-up, was an entirely different man an hour after the battle. For days he had exuded a furious resentment of all Fury's provocations. The defending champion's ring-walk costume was apocalyptic: feathered cape and jewel-encrusted face mask and crown. After the fight, though, he spoke like a soul singer: soft, mellow, reflective. Almost the first thing he said was: "Getting hit in the head ain't cool."

Pre-fight hype treads a fine line between turning casual spectators off the sport and finding the right emotional touchpoints, which Wilder v Fury did. But even with our adrenalin still flowing, we owe it to them to stop and consider what they have to go through to provide this spectacle, the money from which is no guarantee of happiness.

Both fighters in Los Angeles made a point of articulating the reality behind the 12-round show, the "night out" that left Wilder fortunate to still be in possession of his belt. No wonder, you might say, he was being philosophical. 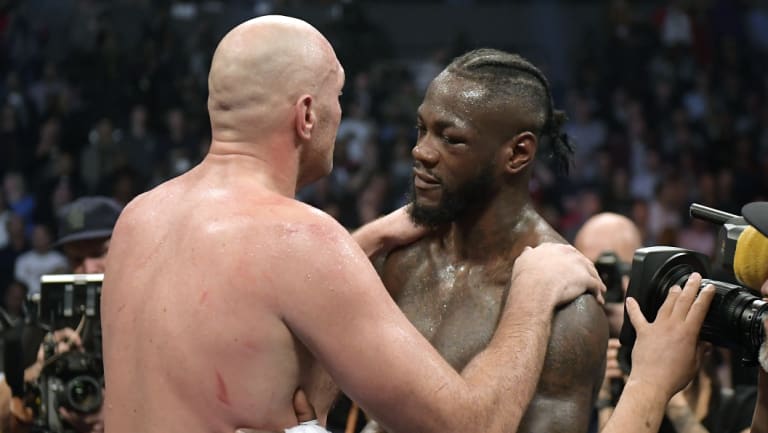 Wilder and Fury embrace after the fight.Credit:AP

"We both go home happy," Wilder said. "That's what it's all about – two fighters whup each other and hug each other at the end, although, in the build-up to the fight, we just wanted to kill each other. That's the magic part about it; being able to beat each other up, then at the end say, 'I love you, bro, have a great day, I'll see you soon'."

"I love you, bro" is the paradox at the heart of what fighters do. Many monarchs have had their hand kissed fewer times than Wilder's was by Fury, who was effusive about the man who knocked him down twice – seemingly for good in the 12th round.

Wilder gave us an insight into the hidden weeks and months of risk and sacrifice that precede the conflict. "It's very draining to go three months in camp, bringing your body down to build it back up," he said. "As fighters we're never 100 per cent when we get in the ring. We may say we feel good, we may say the camp was amazing. Our body is never 100 per cent.

"When you bring sparring partners from all over the world, they bring their best. When they fight me they know they've got to bring their best. We don't go light in sparring. When you have three or four guys, one goes two rounds, then a fresh one gets in, then the next one. It's tough. This sport is very tough. We're the crazy ones who want to do this, get hit in the head and get our faces bashed up.

A day before the fight, Riddick Bowe was among six former heavyweight champions invited to share their thoughts on Wilder-Fury. Bowe against Michael Dokes in New York in 1993 was the first heavyweight title fight this correspondent covered.

Dokes, who had a drug problem, was sweating and twitchy throughout the build-up and was quickly knocked out by Bowe, whose life sank into chaos after a fine career. Dokes, who ended up in jail, died of liver cancer in 2012, a day after his 54th birthday. 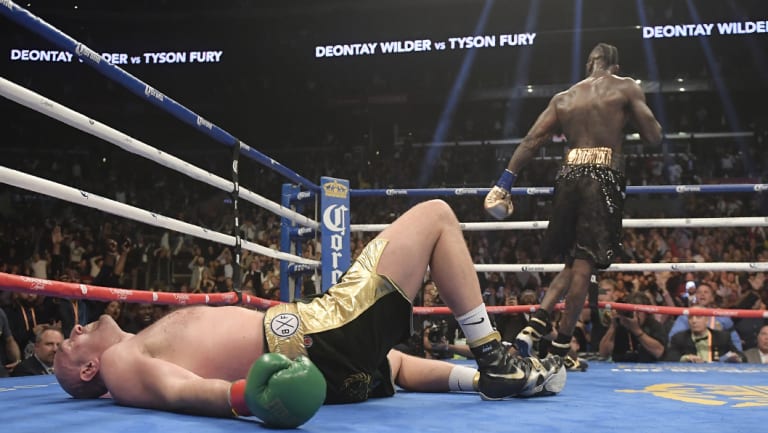 Fury was knocked down by Wilder but got back up.Credit:AP

Boxing is full of these life stories. The least fighters deserve in the ring is accurate and truthful judging. They are also entitled to more consideration from us, the audience.

"I'm a boxing historian, I've seen these decisions go the wrong way time and time again," Fury said. He acknowledged, too, a better outcome: "Both men got out of the ring healthy, and we both got back to our families."

Hollie Doyle swallowed two teeth, lost six more and needed a year's worth of work to fix smile after being KO'd by horse