Formula One has decided to axe the Chinese Grand Prix from its racing calendar for 2023 as the country faces unprecedented civil protests against it’s draconian Covid laws.

In a short statement, F1 said: ‘Formula 1 can confirm, following dialogue with the promoter and relevant authorities, that the 2023 Chinese Grand Prix will not take place due to the ongoing difficulties presented by the COVID-19 situation.

‘Formula 1 is assessing alternative options to replace the slot on the 2023 calendar and will provide an update on this in due course.’

F1 bosses announced last year that the sport would return to the Shanghai International Circuit on April 16 after a three-year hiatus caused by the pandemic – but it has now been axed again with no indication of whether a 2024 race is being considered.

It was to be the fourth Grand Prix of the season, following Melbourne on April 2 and and followed by Baku on April 30.

Sportsmail understands F1 is still looking for an alternative venue for the vacant slot and has a number of possible options. However, given the scale of the F1 operation, it is unlikely a replacement will be announced before Christmas.

The cancellation of the race in China will mark the fourth season it has been scrubbed from the schedule. The 2023 season will start in Bahrain on March 5 and conclude in Abu Dhabi on November 26.

China has been beset by criticism – both domestically and internationally – over it’s draconian lockdown laws. 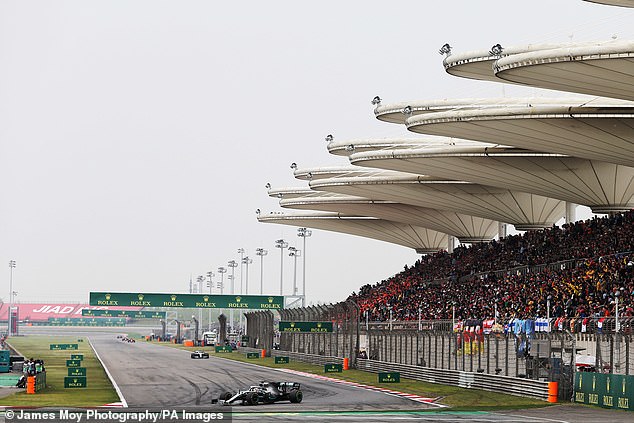 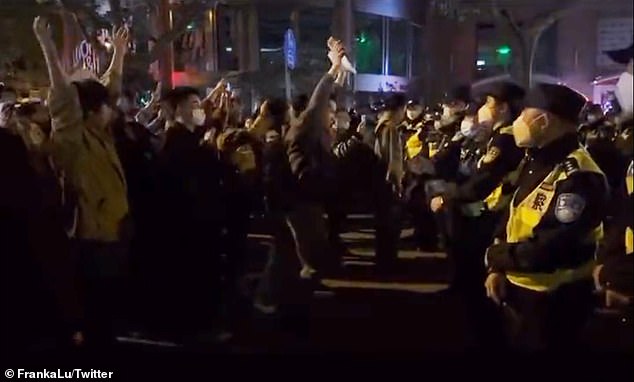 Cities across China further unwound Covid restrictions today, loosening testing and quarantine rules in the wake of nationwide protests calling for an end to lockdowns and greater political freedoms.

Anger and frustration with China’s hardline pandemic response spilled onto the streets last weekend in widespread demonstrations not seen in decades.

China’s vast security apparatus has moved swiftly to smother the protests, deploying a heavy police presence, and boosting online censorship and surveillance of the population.

A number of cities have also begun loosening Covid restrictions, such as moving away from daily mass testing requirements – a tedious mainstay of life under Beijing’s stringent zero-Covid policy.

But sporadic localised clashes have continued to flare up. 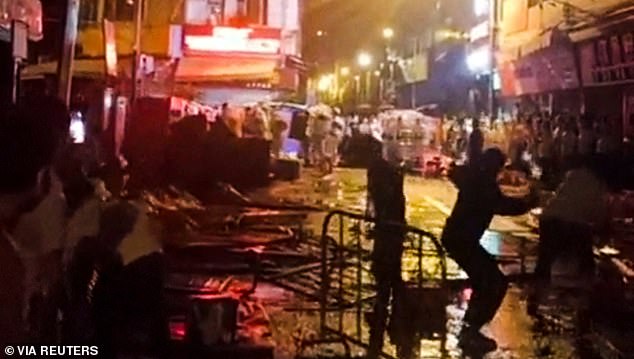 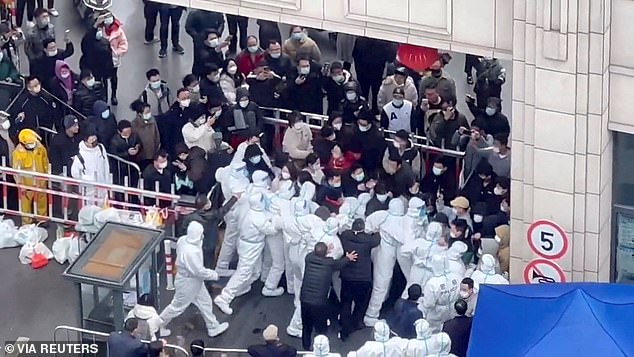 Residents confront workers donned in protective suits who are blocking the entrance of a residential compound, amid a coronavirus outbreak in Shanghai, China, in this still image obtained from a social media video released November 30, 2022

The author of the post said people in the video were parents of students who had tested positive for the virus and had been taken to central quarantine.

In one video, parents are seen kneeling in front of the school gate, pleading to take their children home, and another video showed at least a dozen police officers at the scene.

Signs have emerged of a possible shift in the policy of sending positive cases to central quarantine.

An analysis by state-run newspaper People’s Daily on Friday quoted a number of health experts supporting local government moves to allow positive cases to quarantine at home, which would be a marked departure from current rules.

When called on Friday, some officials from local communities in the Chaoyang district of Beijing said that people who tested positive there would no longer have to go to central quarantine.

Authorities in the southern factory hub of Dongguan on Thursday said that those who meet ‘specific conditions’ should be allowed to quarantine at home. They did not specify what those conditions would be. 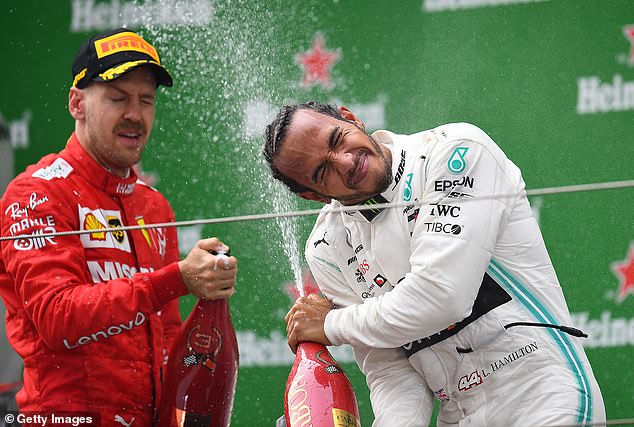 And the southern tech hub of Shenzhen on Wednesday rolled out a similar policy.

Central government officials have signalled that a broader relaxation of zero-Covid policy could be in the works.

Speaking at the National Health Commission Wednesday, Vice Premier Sun Chunlan said the Omicron variant was weakening and vaccination rates were improving, according to the state-run Xinhua news agency.

She made no mention of zero-Covid in those remarks or in another meeting on Thursday, suggesting the approach, which has disrupted the economy and daily life, might soon be relaxed. 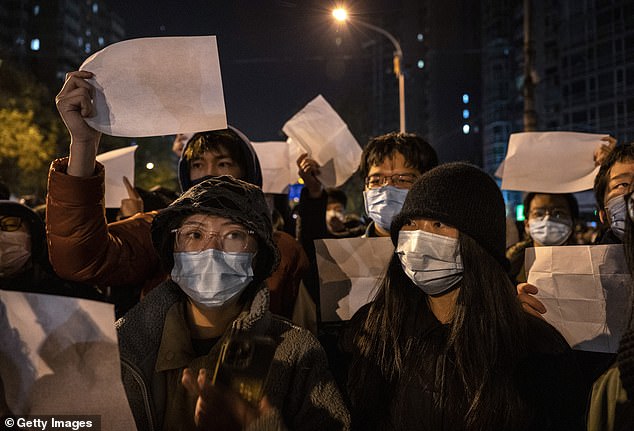 Protesters hold up pieces of paper as a symbol against censorship and China’s strict zero Covid measures on November 27, 2022

Sagan to race in his first Giro, but will he call it quits soon after?

'Why me not one of the younger players?' – Rangnick lets slip what Ronaldo said in epic strop just before Rashford goal