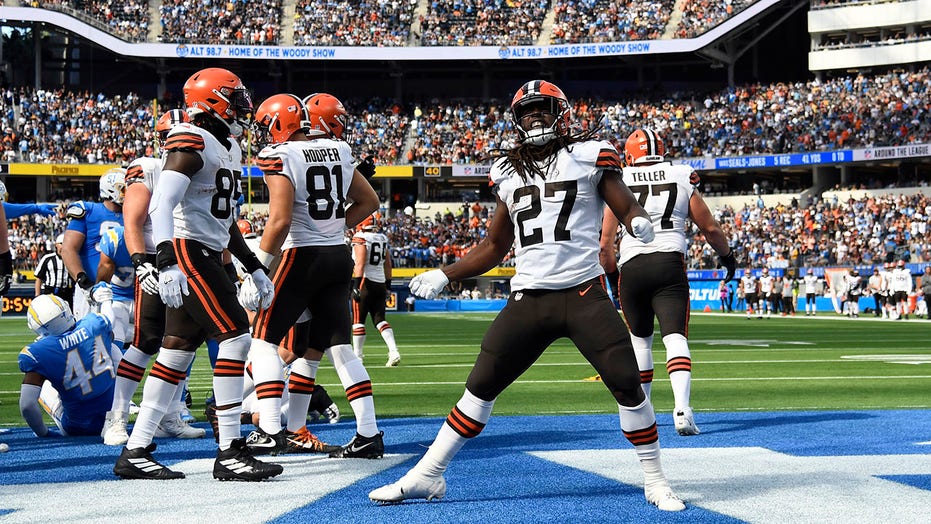 The Cleveland Browns were in a shoot-out in Los Angeles, but they came up short.

Browns quarterback Baker Mayfield completed 23 of 32 passes for 306 yards and two touchdowns, and running back Nick Chubb piled up 161 yards on the ground as the Browns scored 42 points. But they fell 47-42 to Justin Herbert and the Chargers Sunday. 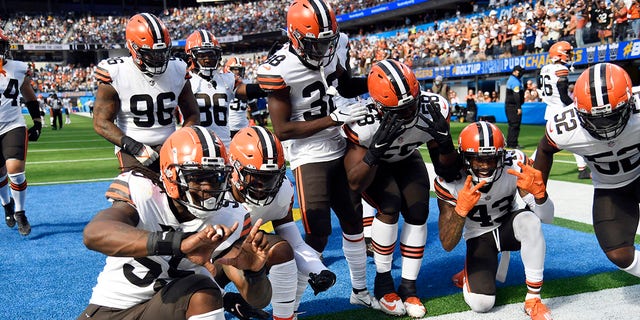 Cleveland Browns players celebrate after a fumble recovery on a kickoff during the first half of a game against the Los Angeles Chargers Sunday, Oct. 10, 2021, in Inglewood, Calif.
(AP Photo/Kevork Djansezian) 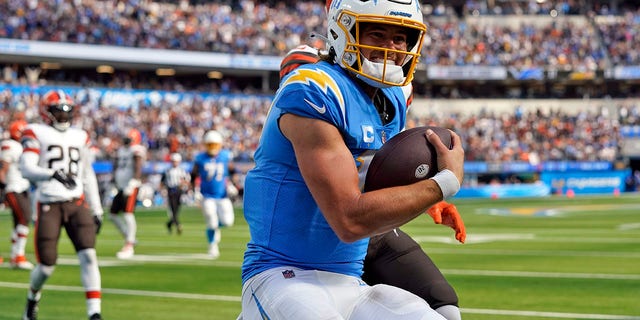 Herbert, who has the most 300-yard games by any quarterback in their first two years in the NFL, completed 26 of 43 passes for 398 yards and a career-high four touchdowns. Wide receiver Mike Williams had 165 receiving yards and caught two TD passes for the Chargers. 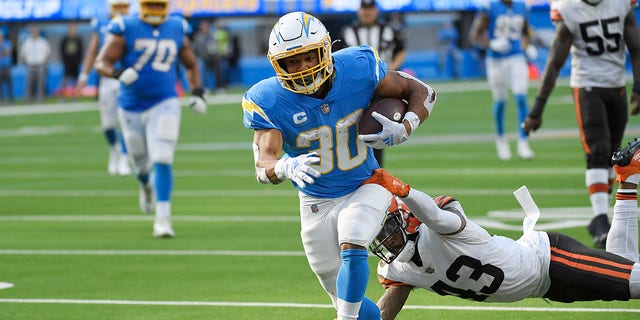 Next week, the Browns will host the undefeated Arizona Cardinals, and the Chargers will travel to Baltimore to face Lamar Jackson and the Ravens.

When is Cheltenham Festival 2021? Date, Gold Cup runner and will fans be in attendance?