LEICESTER managed to avoid crashing to a hat-trick of defeats for the first time under Brendan Rodgers thanks to a spectacular goal from, Kelechi Iheanacho.

The Nigerian striker cancelled out Matej Vydra’s early strike for Burnley with a glorious volley 11 minutes before half time, judging his effort perfectly as the ball flew over his shoulder. 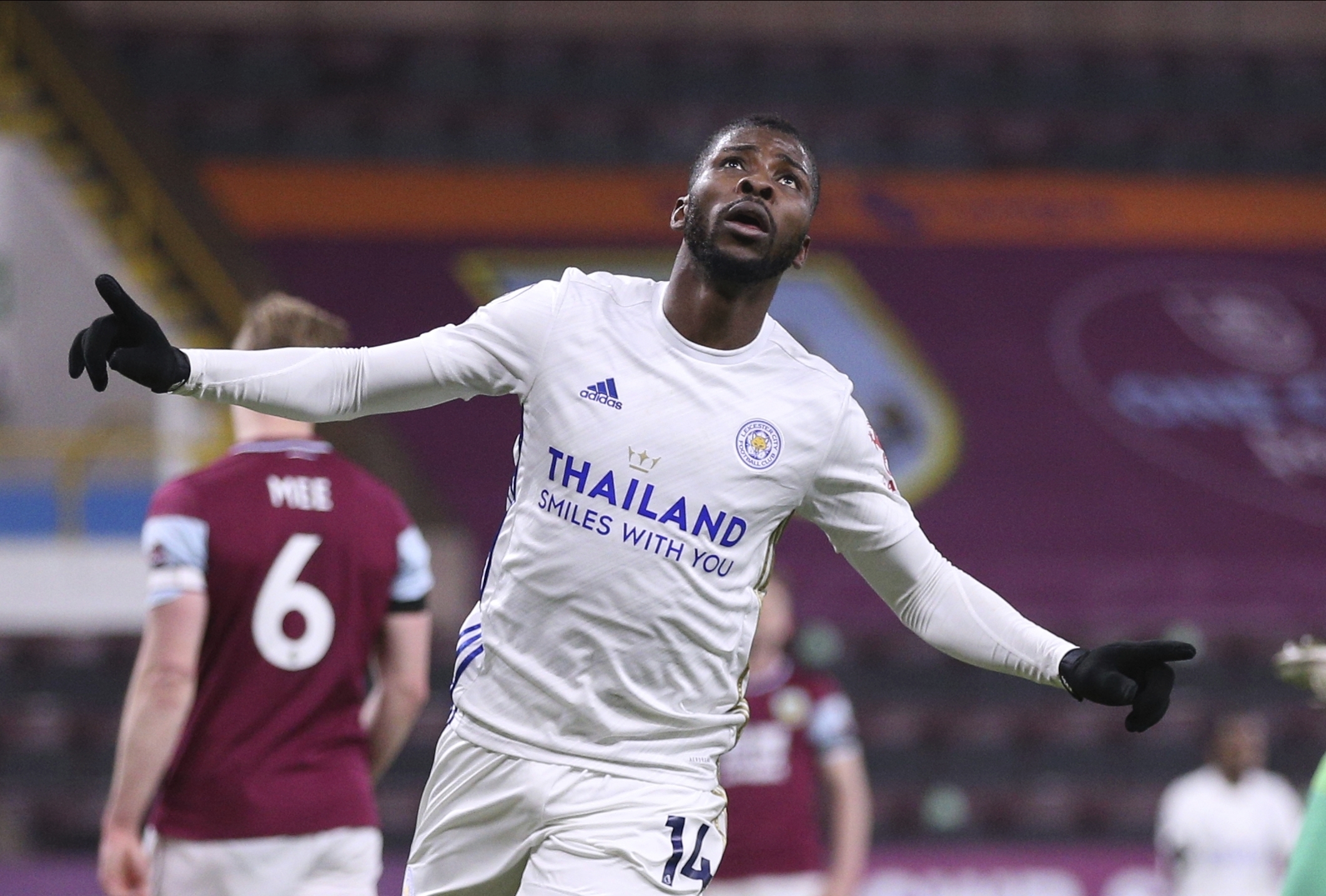 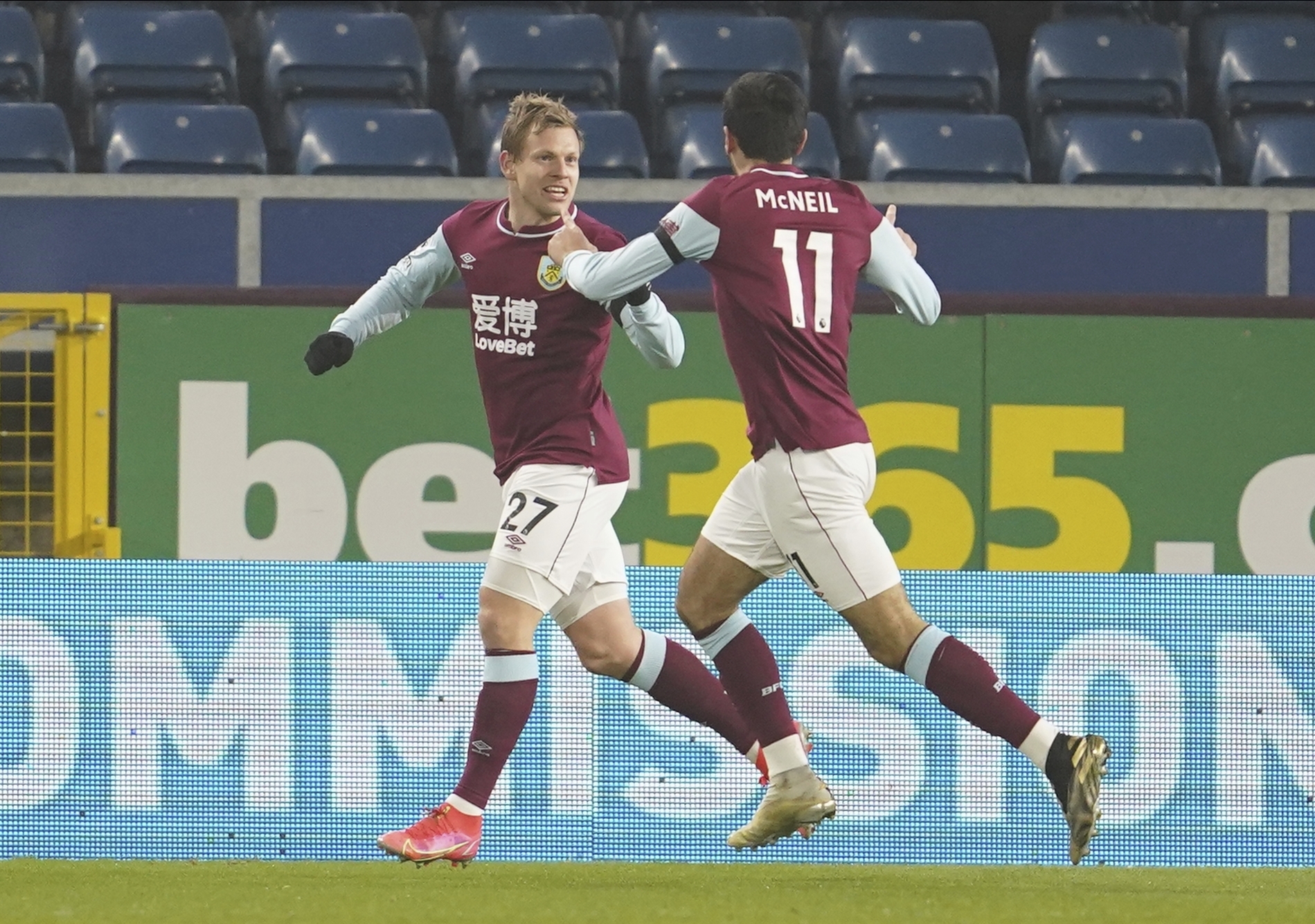 It is certain to emerge as a leading contender for goal of the season – and Vydra’s finish was not too shabby either.

It took something special to beat Schmeichel, who produced world class saves from James Tarkowski and Chris Wood to ensure Rodgers team did not leave empty handed again, after losing to Arsenal and Slavia Prague in their last two matches.

With Jonny Evans still missing with a calf injury, there was always a danger that Leicester would struggle against the Clarets from set pieces.

That impression was confirmed in the opening minute, after Ricardo Pereira carelessly lost possession straight from the kick off, and had to bring down Charlie Taylor to stop the Burnley full back galloping clear.

Dwight McNeil picked out Ben Mee with the free kick, and the Burnley skipper’s header was not far wide of the target.

But when the early goal came, it had nothing to do with the home team’s obvious aerial threat. 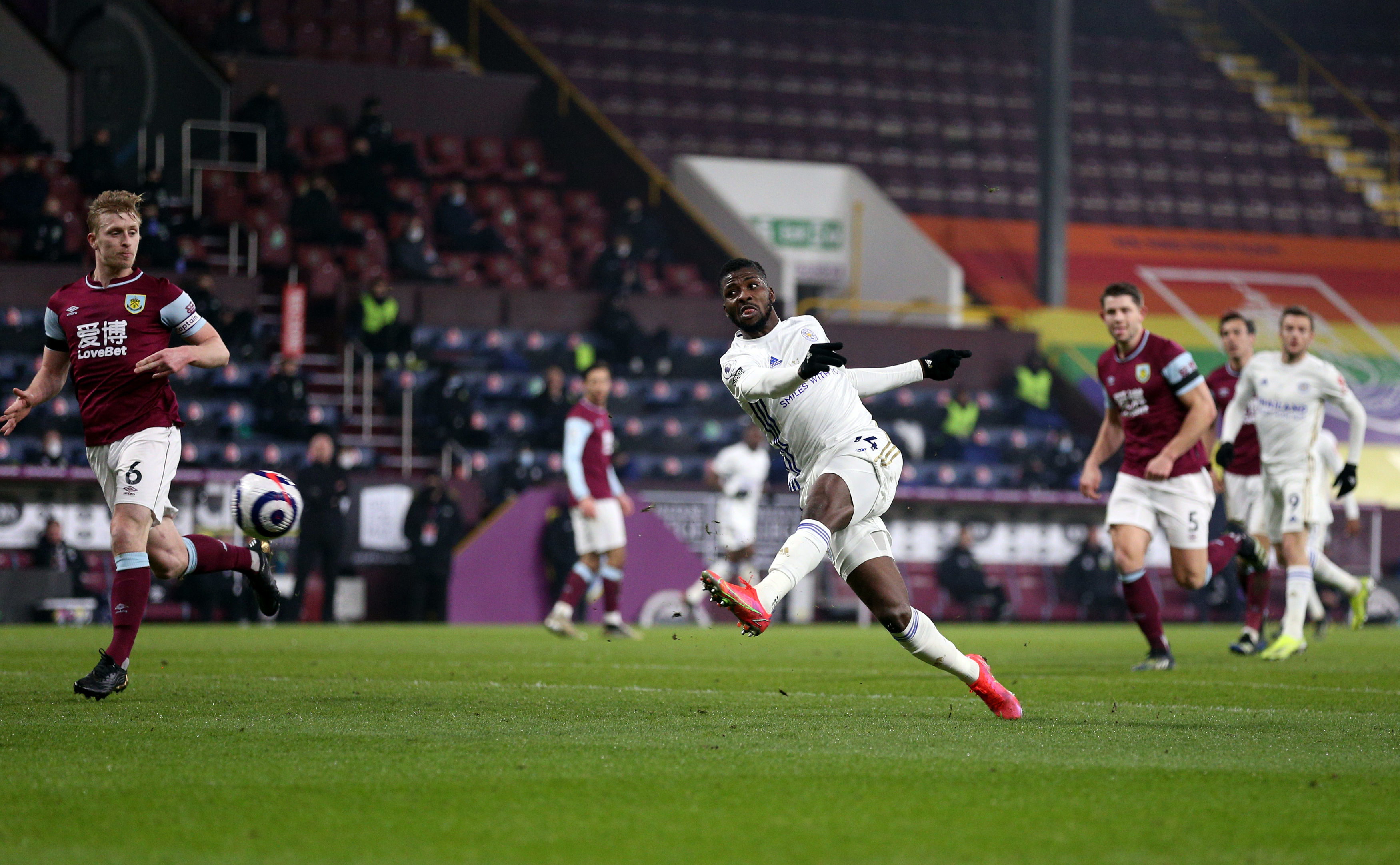 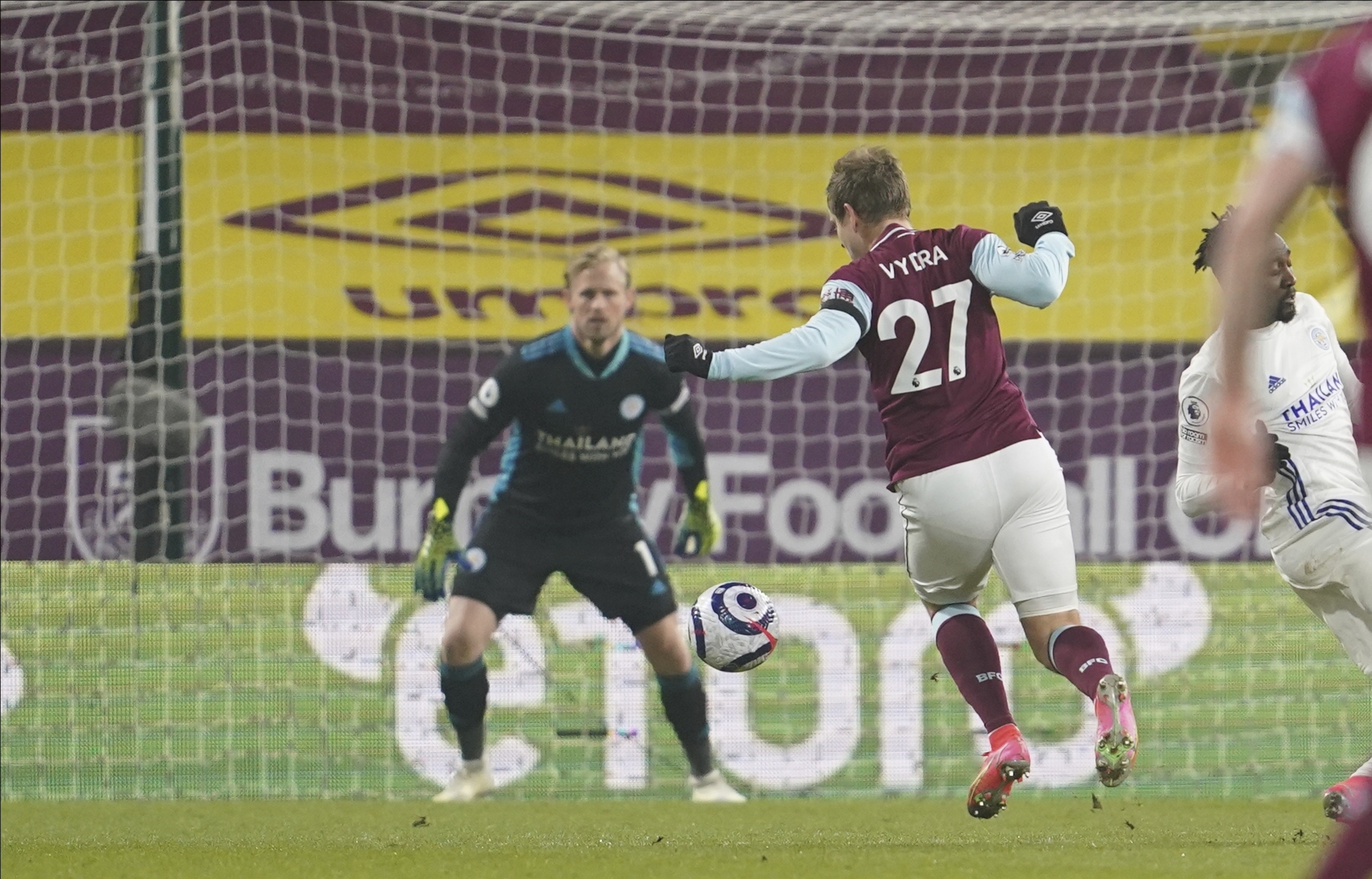 He ghosted past the wrong-footed Ndidi and slammed an unstoppable shot past Schmeichel for his first Premier League goal in 375 days.

Choudury had a chance to make amends a few minutes later after a great cross on the run from wing back Timothy Castagne picked him out six yards from goal.

But the midfielder failed to keep his show down, and Nick Pope was able to push it over the bar at full stretch. 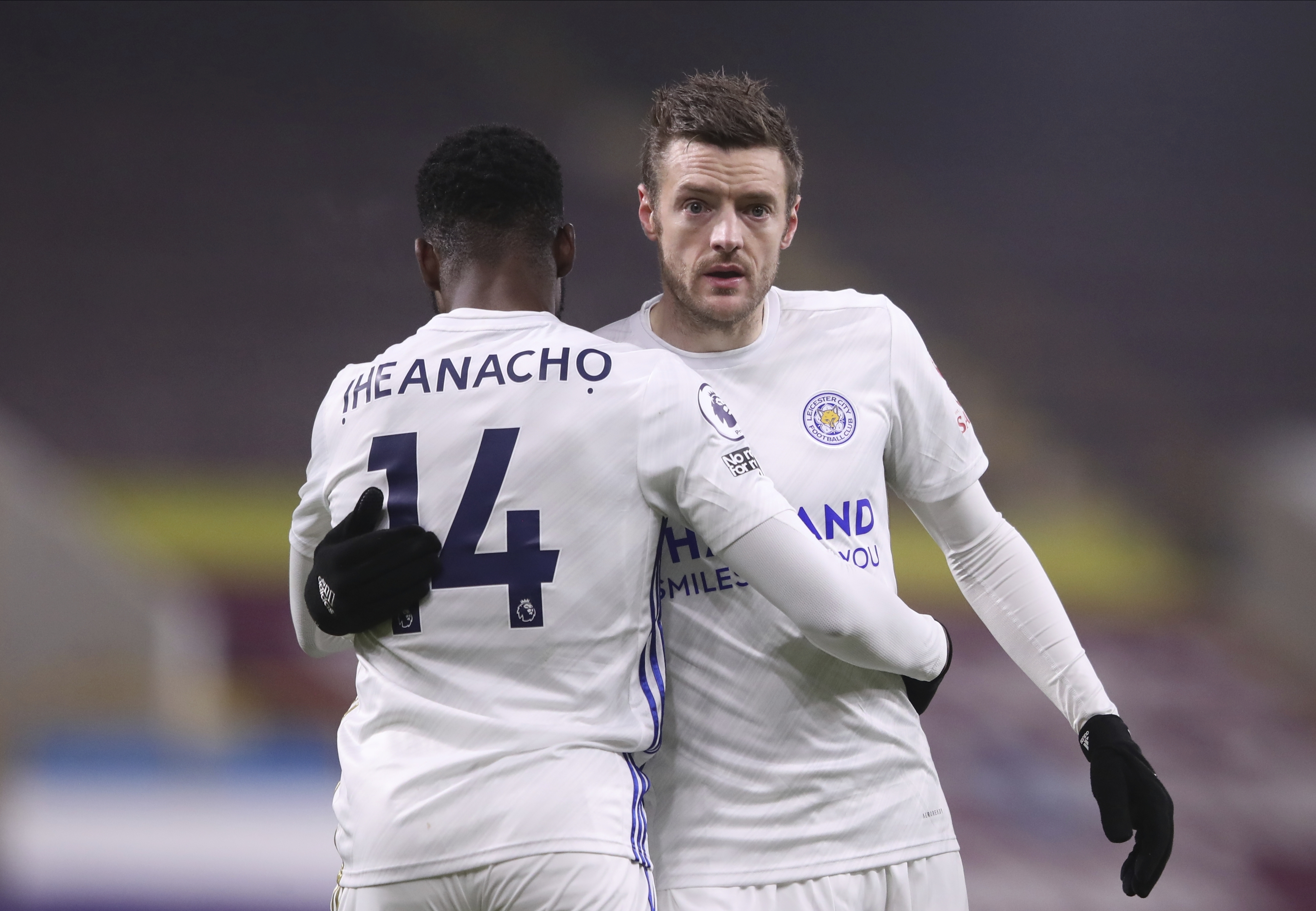 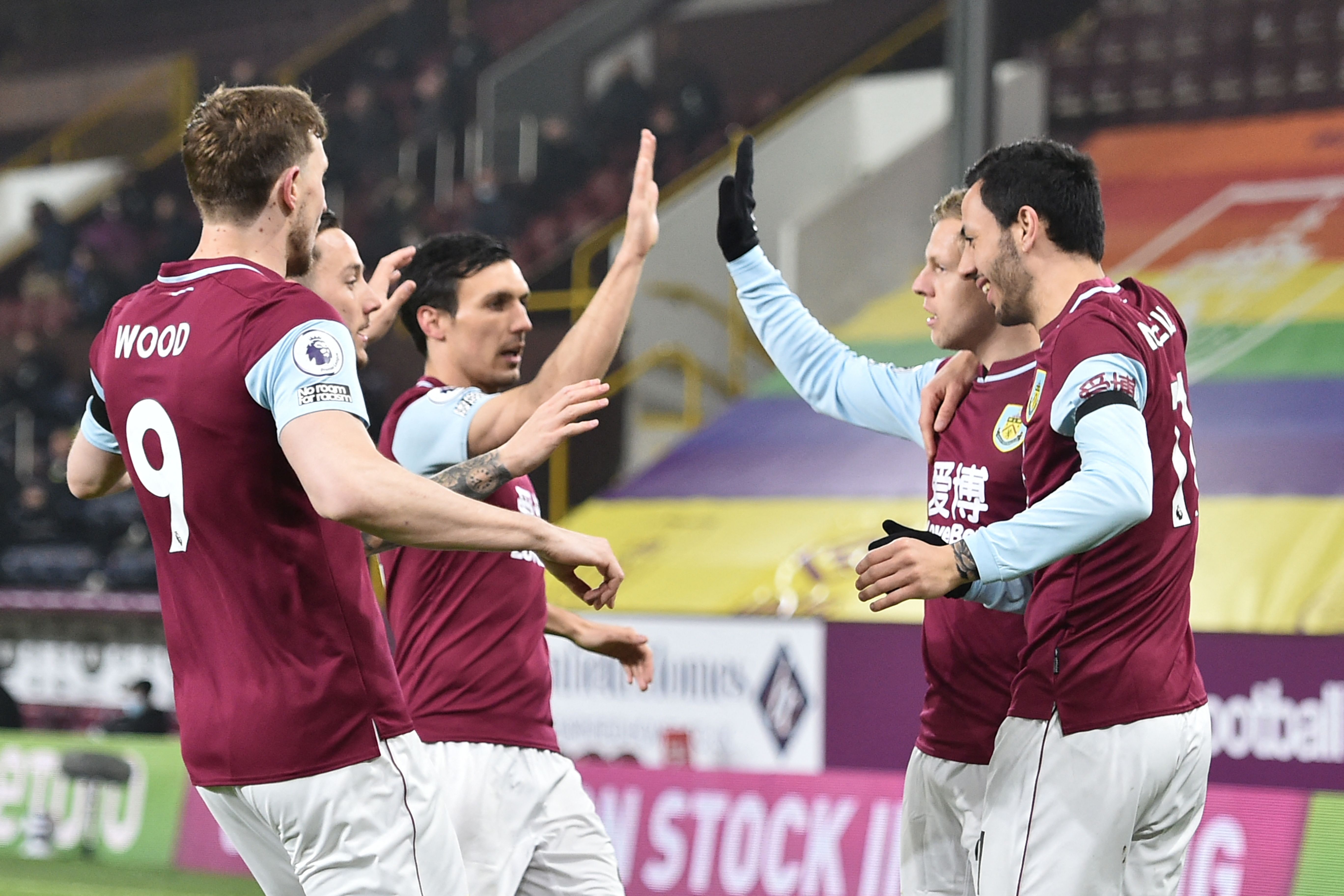 The Foxes had already had a penalty appeal waved away when Youri Tielemans went down under a clumsy challenge from Taylor, and Iheanacho gave a hint of things to come as they continued to pour forward.

The lively Leicester striker controlled the ball cleverly on his chest from another Ndidi through ball, and his shot on the turn flashed uncomfortably just past the near post.

The home team were also in adventurous mood, with Schmeichel doing well to smother Wood’s dipping volley, and Tarkowski forcing an even better save from the Foxes keeper with a powerful downward header.

But Leicester just about deserved an equaliser on the balance of an entertaining first half, and it arrived in sensational style. 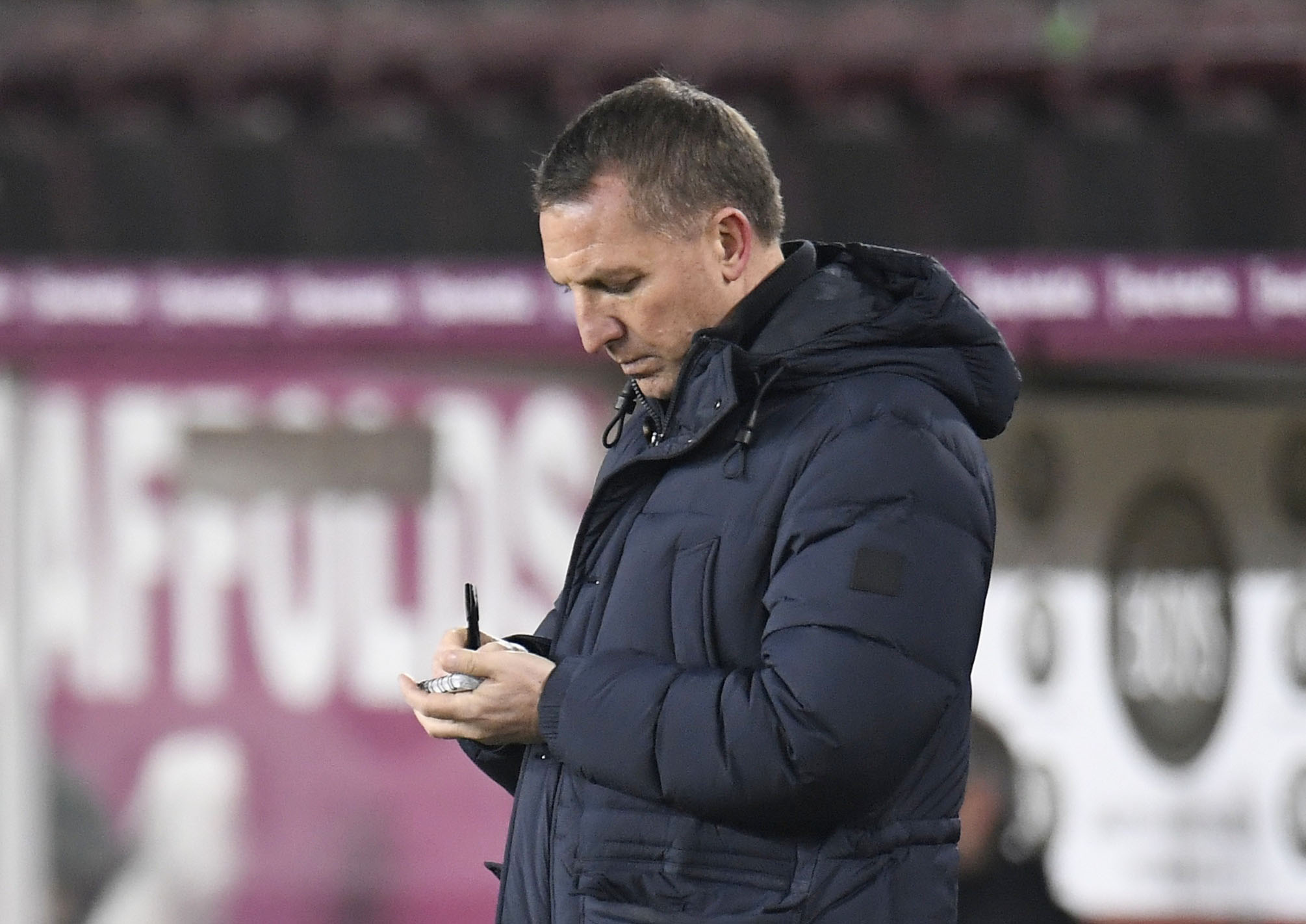 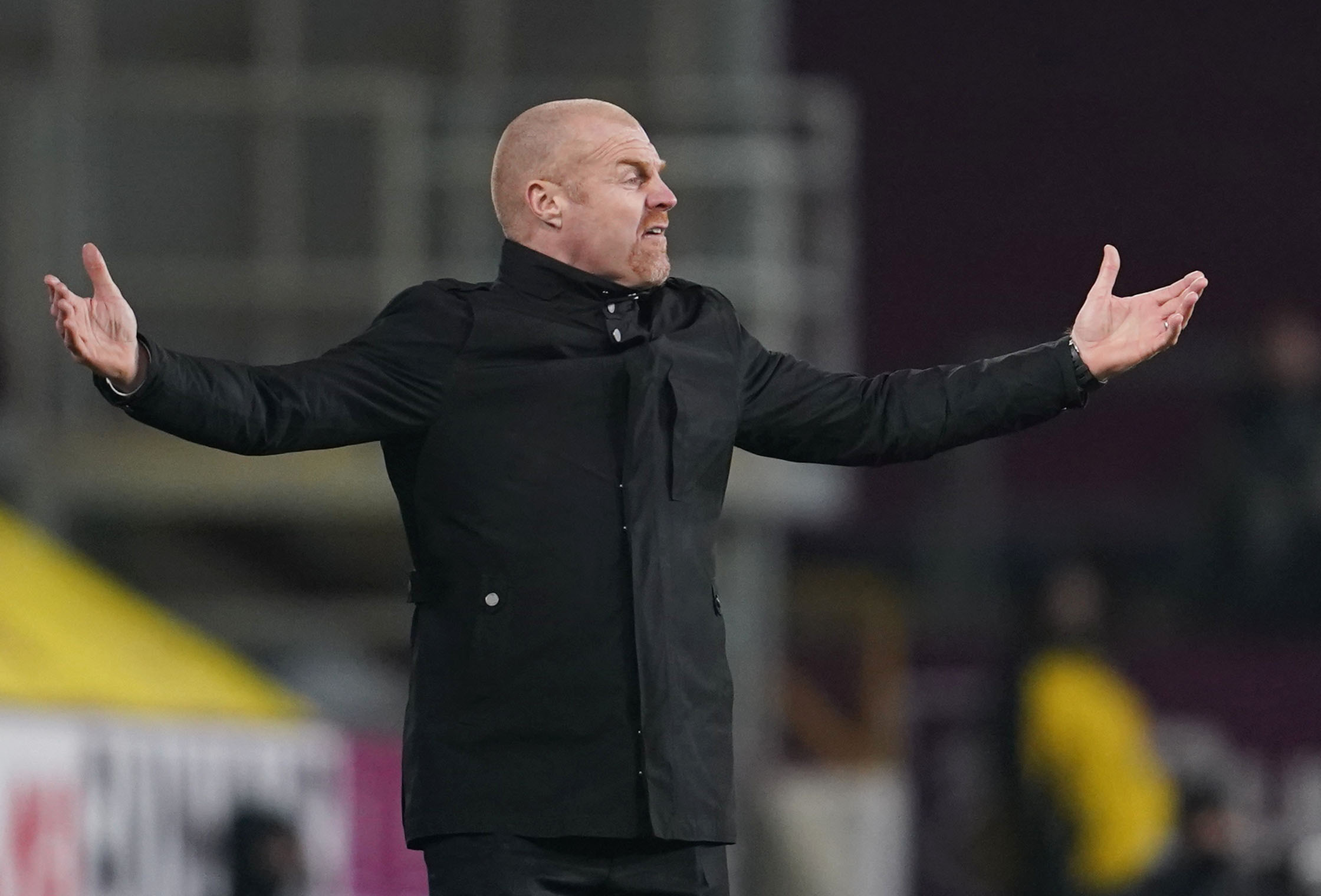 Makeshift central defender Ndidi showed his usual midfield skills as he brought the ball out of defence and spotted Iheanacho’s run between the two Burnley centre backs.

He delivered a superb ball over the top, but the finish was even better.

Iheanacho watched the ball carefully as it came over his shoulder, before meeting it with an unstoppable volley.

That was the end of the scoring, although both sides hit the woodwork in an entertaining second half.