When it comes to the Australian Boomers there are no dead-rubbers and they showed this in their win over Qatar on Monday night.

This game was never going to be a close contest and the 110-59 result said as much. Qatar did well to make the second round of FIBA World Cup qualifying and have struggled ever since. 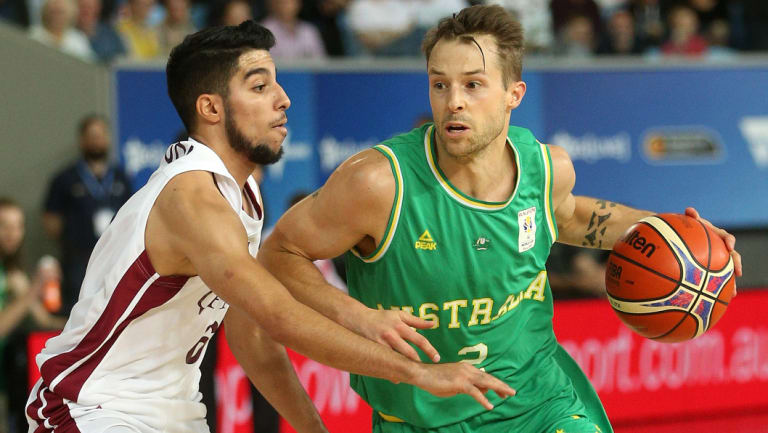 Green and bold: Hamish Blair on the ball with Australia in full control against Qatar.Credit:Hamish Blair

But the Boomers, who booked their place at next year’s World Cup in China last Friday, couldn’t afford to take their minds off the contest, looking to claim the highest possible seeding for the World Cup draw.

Australia point guard Jason Cadee has played every game during qualifying and has been more than willing to make the extra pass to set up teammates like Cameron Gliddon – goodwill that paid off on Monday.

Cadee’s 21 points, including five of eight three-pointers, led the Boomers while Gliddon had 17 points of his own. Both were series best scoring returns.

Gliddon said his side’s 31 assists and 21 from 37 behind the arc showed their generosity, but he took some joy in seeing his fellow Brisbane Bullets teammate have a big night.

"We just had a great shooting night tonight," Gliddon said.

"It’s just how the game plays out but it was nice to make some shots tonight and in this team it doesn’t matter what you do [stats wise] as long as you play hard.

“Sometimes it’s your night where you get 10 shots and sometimes you get one shot. I’m sure Jason was happy to see some shots go down, he has got a lot of stick in the NBL this year [about his scoring numbers] but he is a quality player and to see him play free and play his game was great to see.”

Illawarra guard Todd Blanchfield also made the most of his opportunities scoring 12 points while Nathan Sobey’s eight assists also stood out.

Cairns bigman Nathan Jawai wowed fans in the first half with his powerful inside play, including a world-class rip-through and dunk post move. 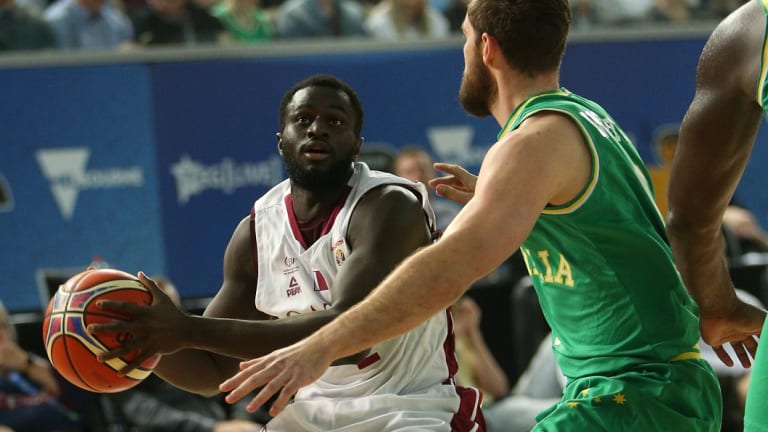 Jawai was benched in the final term as Boomers coach Andrej Lemanis followed the management plan used for Jawai by Cairns during back-to-back games.

Qatar power forward Mohd Yousuf Mohamed won over local fans in the first half scoring 11 of his 13 points – a group of local supporters chanted “MVP, MVP” as he left the court smiling, then shaking his head at the chant late in the game.

“So that was very nice from them, it makes you want to play here again," Mohammed said.

The Boomers still have two away qualifiers to come in February with Kazakhstan and Iran but Lemanis said some of the team’s NBA stars have already sent through their congratulations to the NBL Boomers for securing a World Cup place.

As it stands the next games on Australian shores will be the two showdowns with Team USA at Marvel Stadium next August, although other games could still be arranged in the months prior.

“That will be an amazing experience, at least one game is sold out already,” Lemanis said.

“But we can’t get too far ahead of ourselves, we have that next qualifying window and that will require some planning.”