AJAX goalkeeper Andre Onana was left red-faced after conceding the first goal of of the Africa Cup of Nations.

The Cameroon shot-stopper was directly at fault for Burkina Faso's opener on 24 minutes after a moment of madness between the sticks. 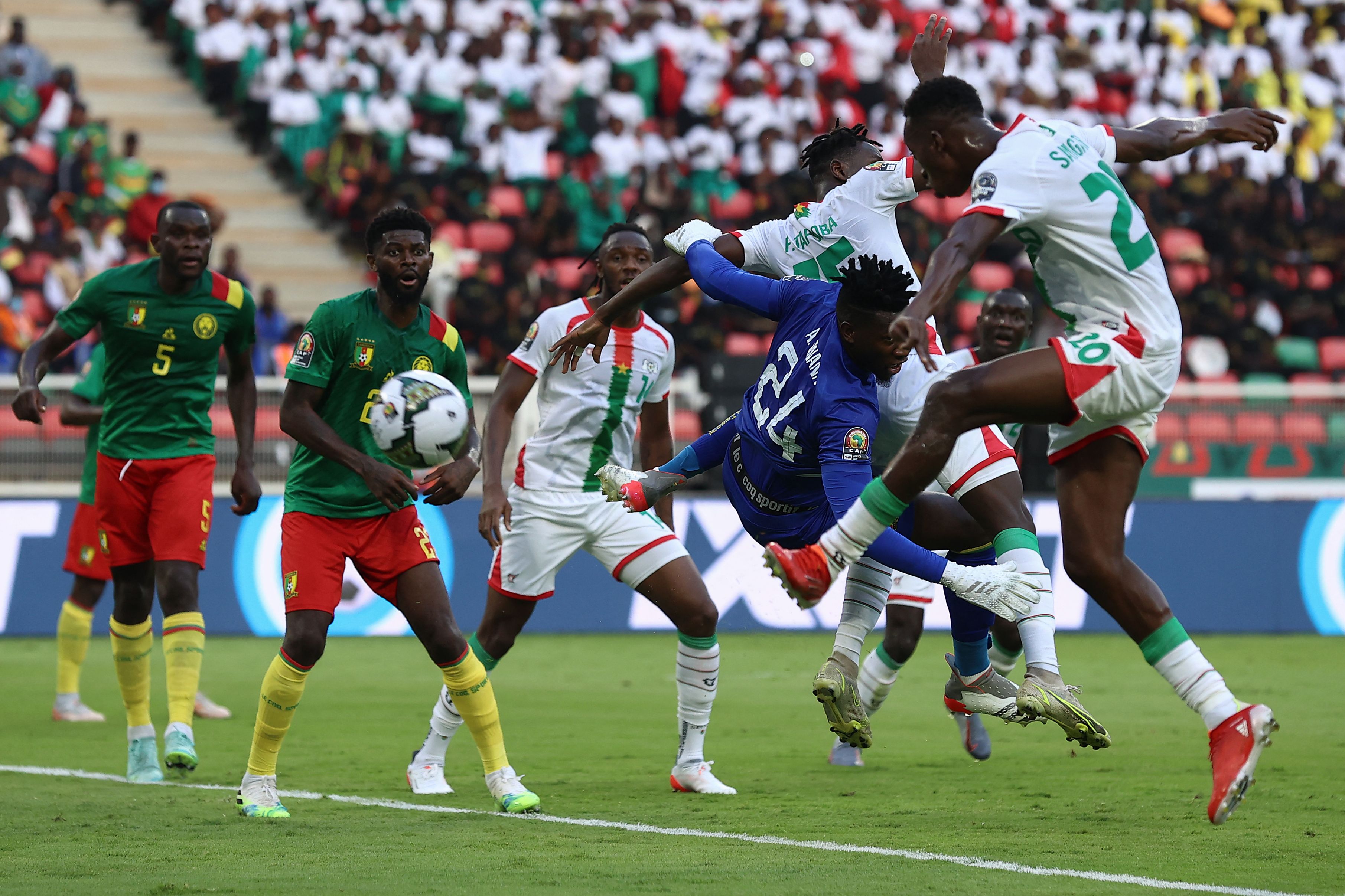 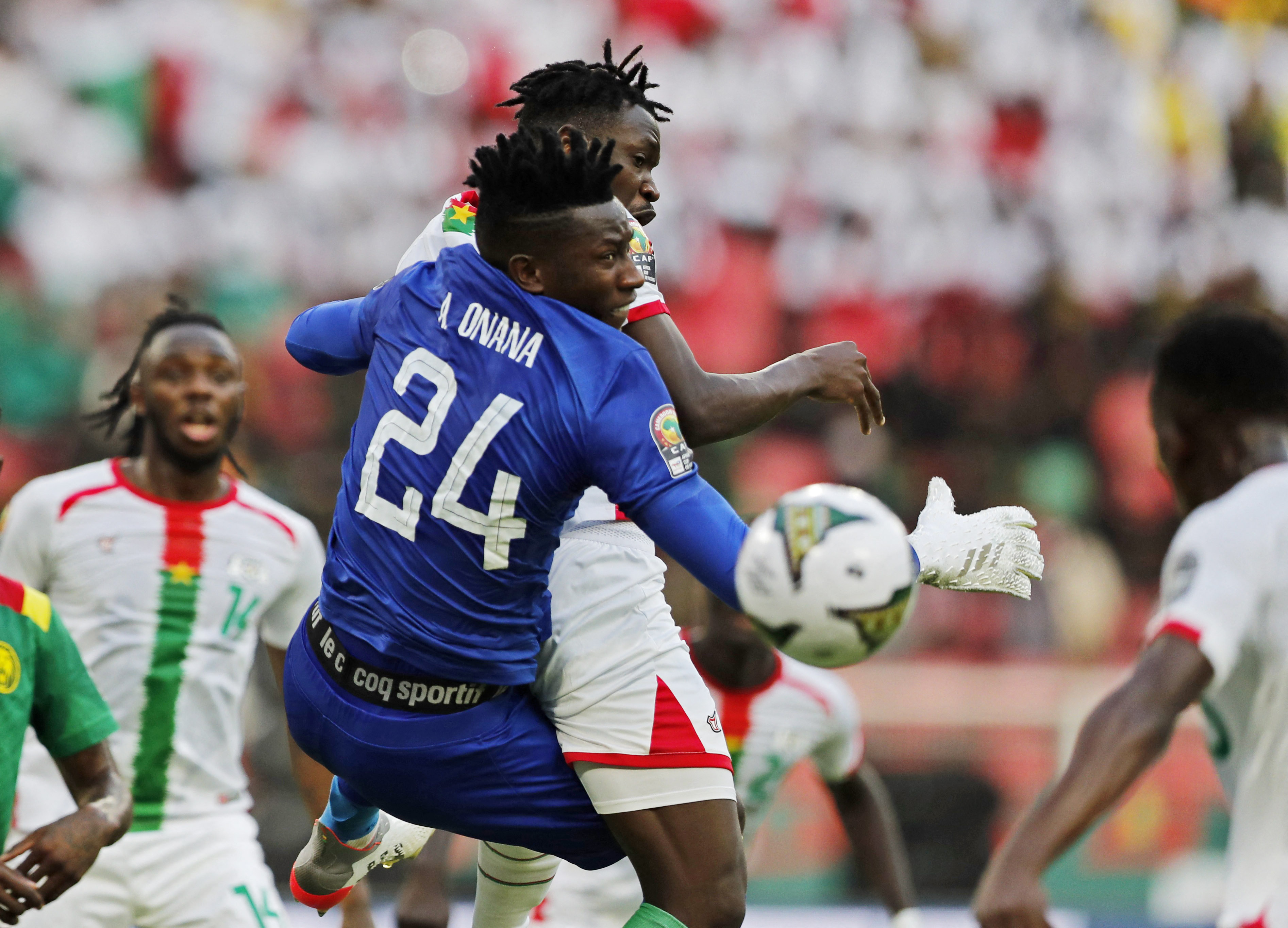 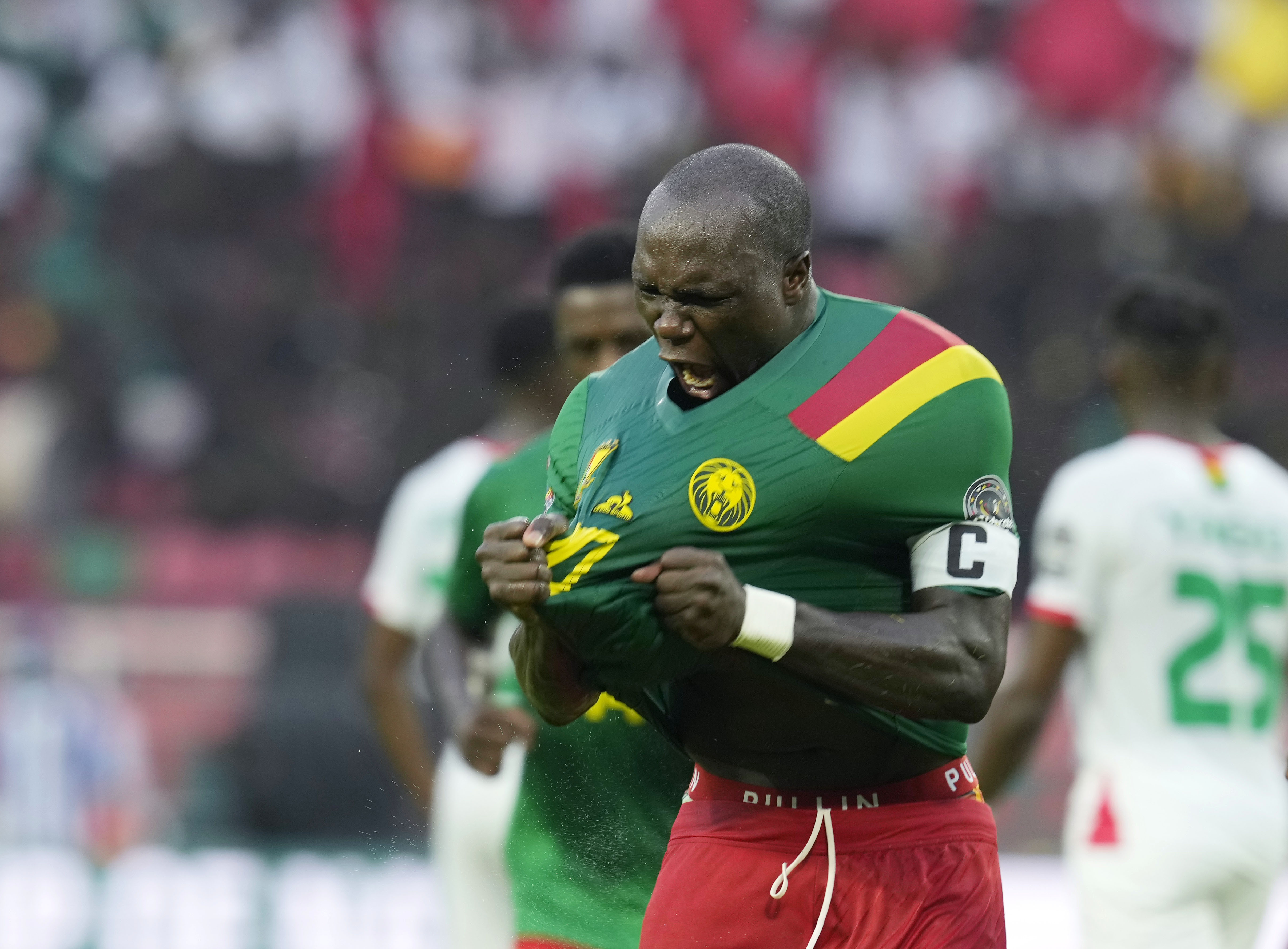 In the end two Vincent Aboubakar penalties late in the first half saw the hosts come from behind to win 2-1, with the Cameroon skipper also having another strike ruled out by VAR for offside.

This year's tournament marks the first time VAR will be in use for every game of the competition, having only been in force from the quarter-finals onwards in 2019.

And the technology had to work overtime for today's incident packed clash.

Bertrand Traore conceded the first penalty for a clumsy challenge on Andre-Frank Zambo Anguissa, which was only given after a lengthy VAR review.

Aboubaka coolly sent Herve Koffi the wrong way on 40 minutes, as he did again in the third minute of first half stoppage time after Issoufou Dayo carelessly slid in on Nouhou Tolo.

It means the five-time Afcon winners and tournament hosts go top of Group A thanks to three points from their opening game of the competition. 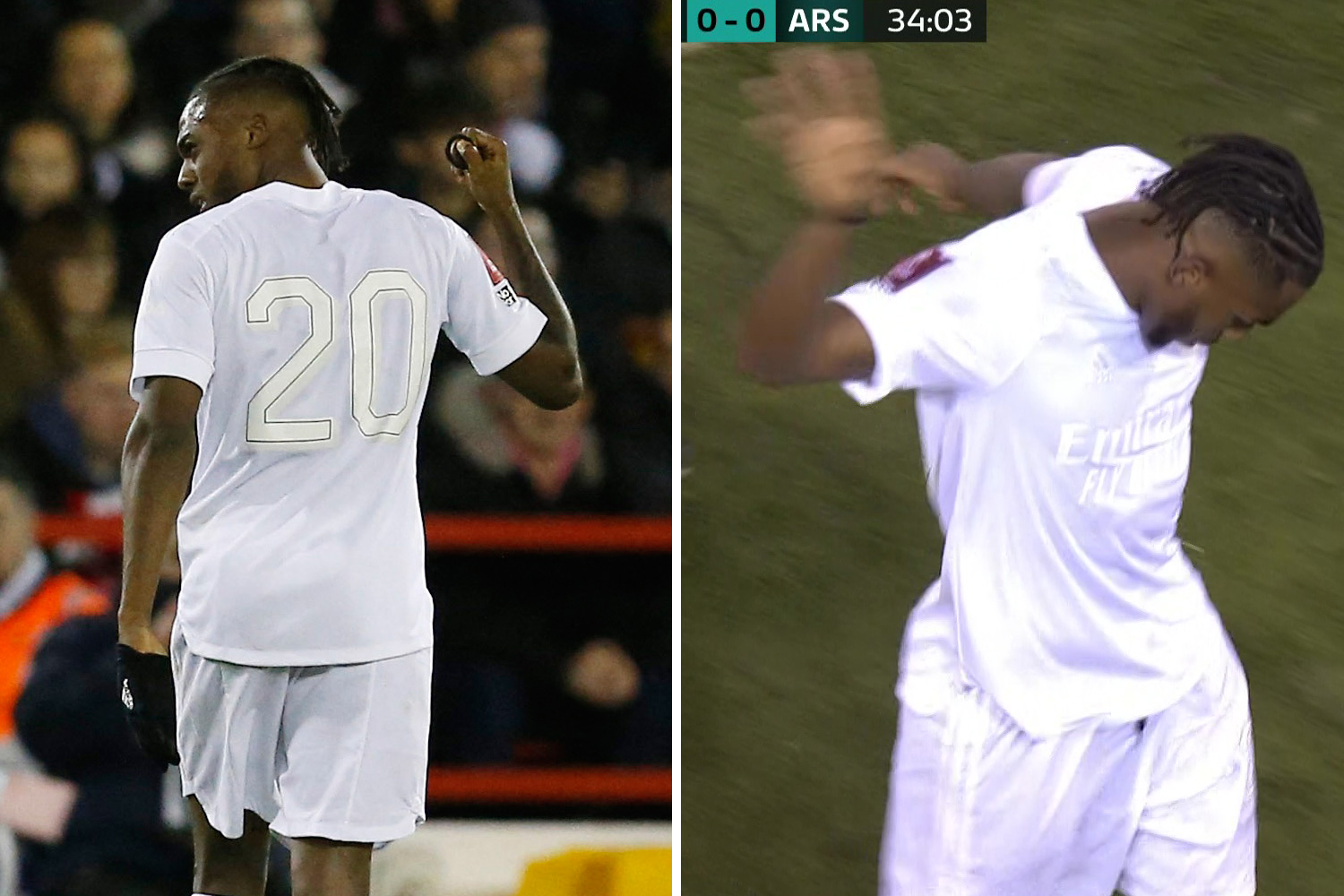 Cameroon goalkeeper Onana, 25, was playing in just his third game back after serving a NINE month ban from football for a doping violation.

He actually finished the suspension in November, but has been out of favour at Ajax, playing just twice since.

The keeper is still No1 between the sticks for Cameroon, but might not be for much longer after his absolute howler in the Afcon opener.

After being rescued by a goal-line clearance following a header by Aston Villa man Traore, Onana then made a right mess of a resulting cross.

His blushes were spared momentarily as the ball rebounded off the crossbar, but it was quickly whipped back into the box.

And as he tried to punch clear, Onana missed the ball completely, leaving Gustavo Sangare free to volley home at the back post and give Burkina Faso a shock 1-0 lead. 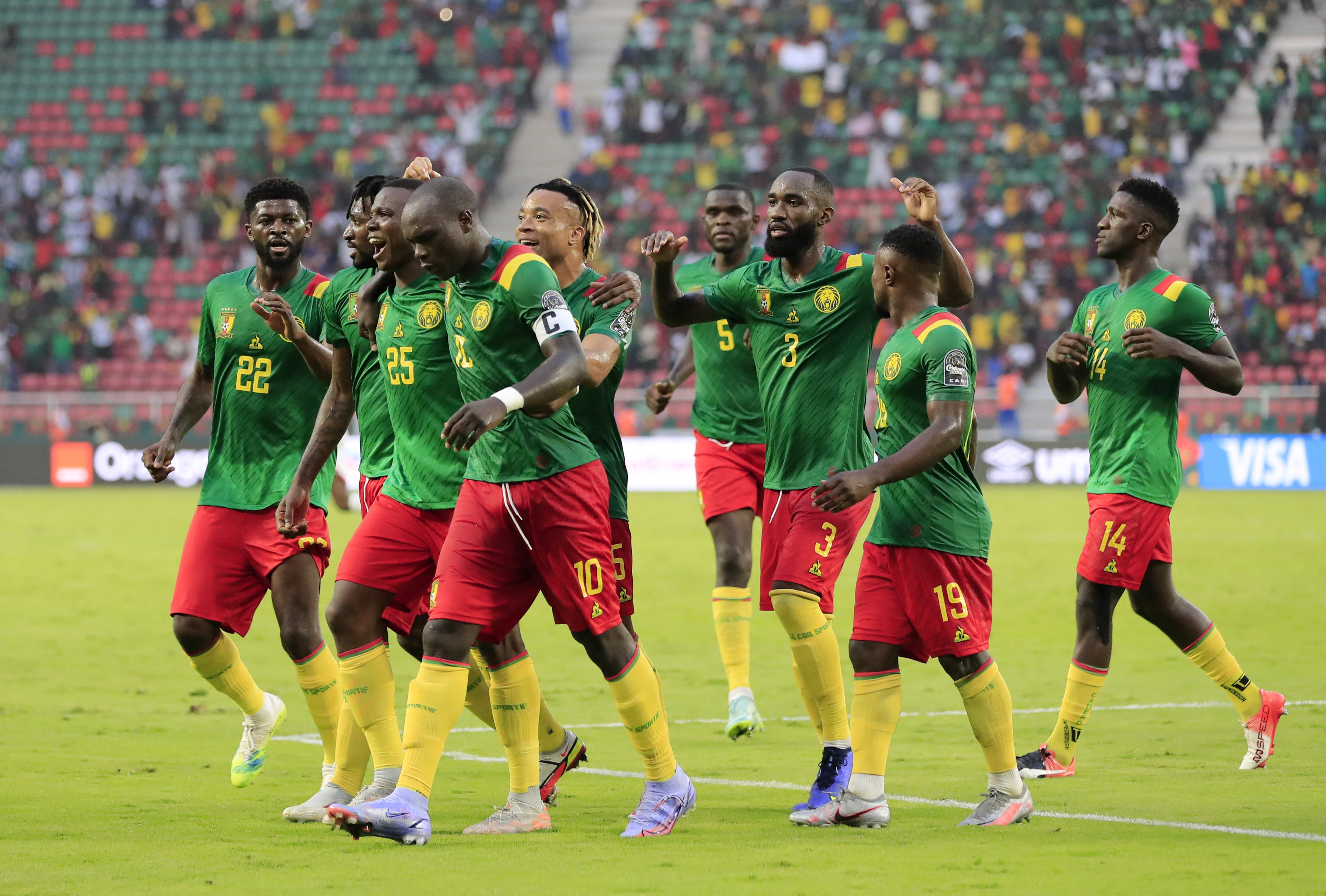 But Inter Milan fans may be a little nervy about their impending arrival after seeing Onana's shocker.

He's reportedly set to join the San Siro side when his Ajax contract expires in the summer.

Onana was initially suspended from football for 12 months last February after the banned substance Furosemide was found in his urine.

But that was cut to nine months last summer, before Onana made his return in November.

Although he's been forced to play second fiddle to Remko Pasveer in the Ajax goal, and has made just two club appearances since his return.

His third game back came for his country today, and although Cameroon opened Afcon 2022 with a win, it was an individual performance to forget for Onana.