Home » Sport » Chargers' Joey Bosa rips into NFL officials after missed call: 'Open your eyes and do your job' 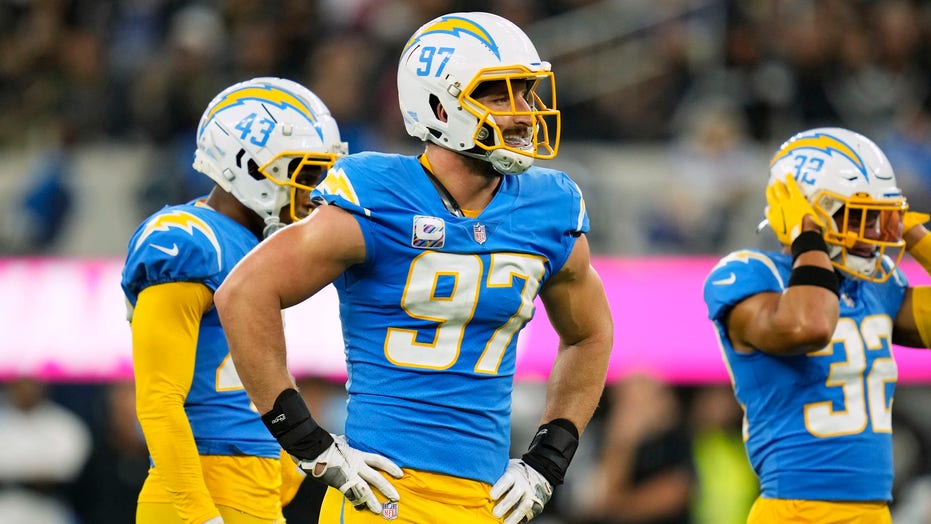 The biggest target during Monday night’s game between the Los Angeles Chargers and the Las Vegas Raiders appeared to be NFL game officials.

Chargers defensive end Joey Bosa slammed the refs after he was handed a 15-yard unsportsmanlike conduct penalty as a result of complaining about a missed holding call late in the game. 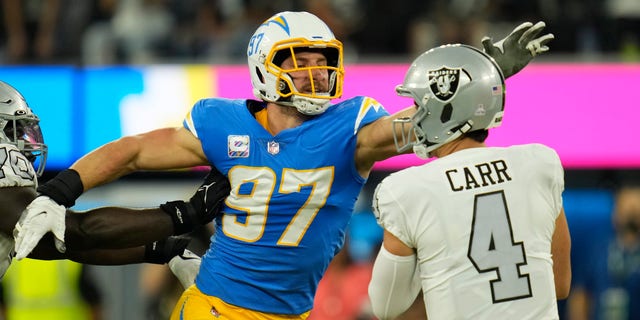 The Raiders were losing by 14 with the ball on their own 37, when quarterback Derek Carr threw an incomplete pass. Bosa complained that the officials missed a holding call and a 15-yard penalty on the Chargers was called, moving Las Vegas up to the 48-yard-line with under four minutes remaining.

“I should never lose my control like that,’’ Bosa said.  “But these guys have got to do a better job because it’s been years of terrible, terrible missed calls left and right. It’s really pathetic, honestly.” 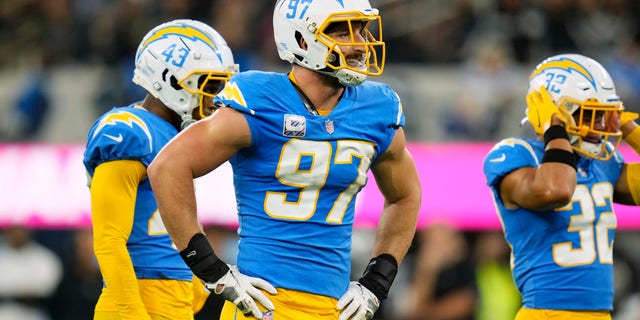 He continued: “But pathetic on me, too, for doing what I did. Call or not, I have to take a step back and just go the next play. But, man, they just seem to not … have their eyes open half the time.’’

The penalty did not result in a scoring drive and the Chargers handed the Raiders their first loss of the season.

Viewers also took issue with a taunting penalty called on Raiders’ tight end Darren Waller who spiked the ball in celebration — not in the direction of the opposing team — after making a critical catch.

Japan and IOC give conflicting views on fate of the Olympics