AFTER a week of uproar over Romelu Lukaku, it turned out not to matter whether Chelsea had a centre forward or not.

Not when Tottenham’s defenders decided that Antonio Conte’s return to Stamford Bridge, for a Cup semi-final, was the perfect occasion to start scoring on Chelsea’s behalf. 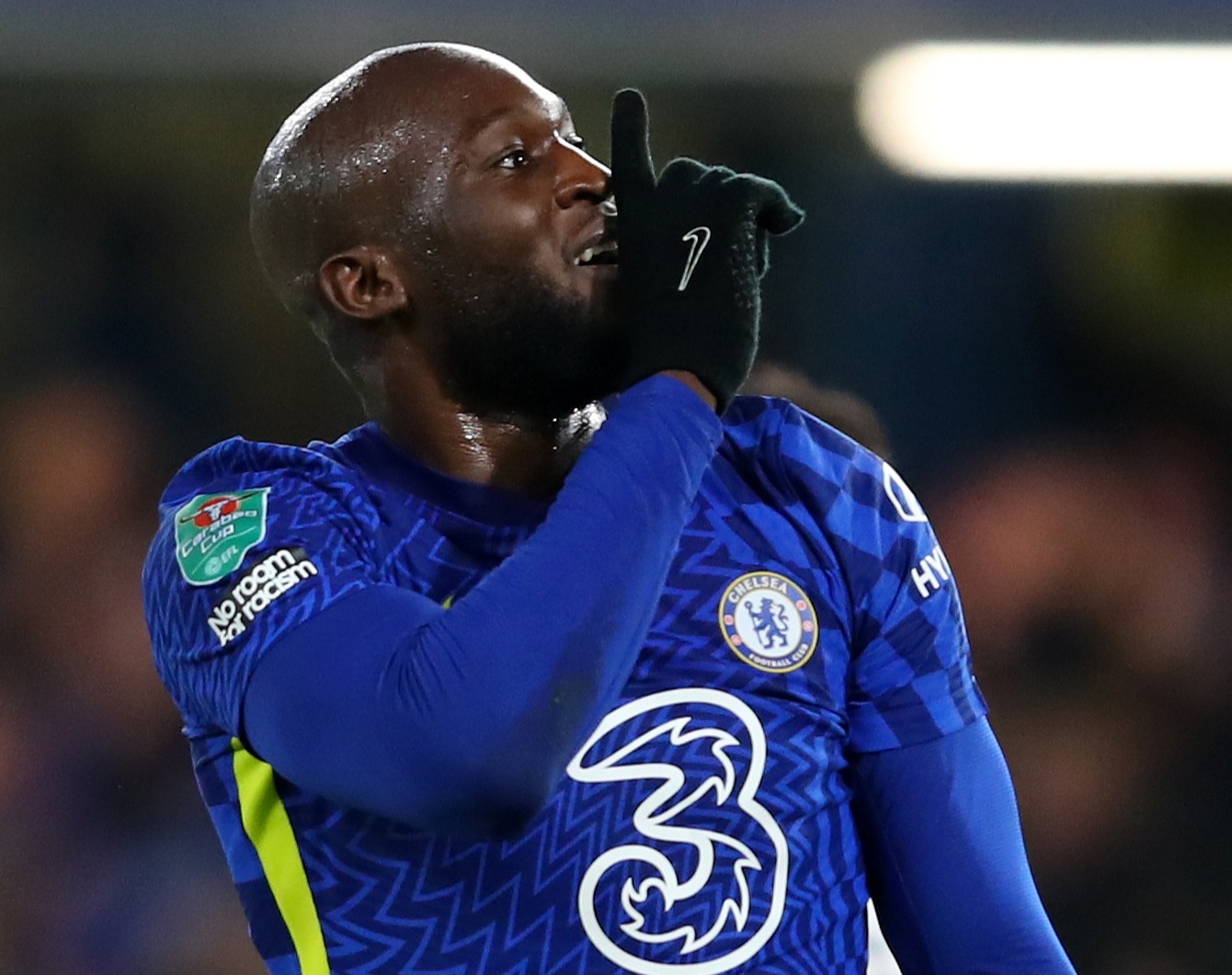 Conte’s arrival at White Hart Lane had heralded a newfound seriousness in Tottenham’s defending – five clean sheets in their previous ten games and no domestic defeats.

Not here, though. And it was nothing to do with any bullying from Lukaku, restored to the starting line-up, after one of those bespoke in-house apology videos which invariably arrive after a Premier League player has told us what he really thinks.

Chelsea’s first, credited to Kai Havertz, was an own goal in all but name. The second, from Ben Davies, was a classic of the genre – as if Tottenham’s set-piece defending had not been drilled by Conte but choreographed by Vic Reeves and Bob Mortimer.

Conte is not a man who tolerates being laughed at. Here, three sides of Stamford Bridge were in stitches as the last manager to deliver them the title was humiliated by his own defenders.

It was only the wastefulness of Chelsea’s own finishing which meant that next week’s second leg at the Lane will not be a complete dead rubber.

Spurs missed the unwell Eric Dier, who has been central to the Conte revival. But Chelsea were stronger, faster, better than Tottenham.

Spurs, without a trophy in 14 years, may have an inferior squad to Chelsea’s but they should have wanted this more than the European champions. Yet they were out-fought too and that will eat away at Conte.

While Lukaku was straight back into the starting line-up, Chelsea were without the customary mix of AFCON and Covid absentees – Edouard Mendy, Thiago Silva and N’Golo Kante all unavailable and Tuchel going with an unfamiliar back four.

Spurs are without a trophy in 14 years, but while a League Cup may mean relatively little to Roman Abramovich’s trophy factory, beating Tottenham is considered a non-negotiable in these parts.

Conte may have stiffened up Spurs since replacing Nuno Espirito Santo but there was little evidence of that improvement as Chelsea strutted out of the blocks.

Within 20 seconds, Lukaku had a chance to shoot from a Havertz flick-on, but attempted a cut-back instead. But if Lukaku started sluggishly, he was pretty much the only man in a blue shirt who did. 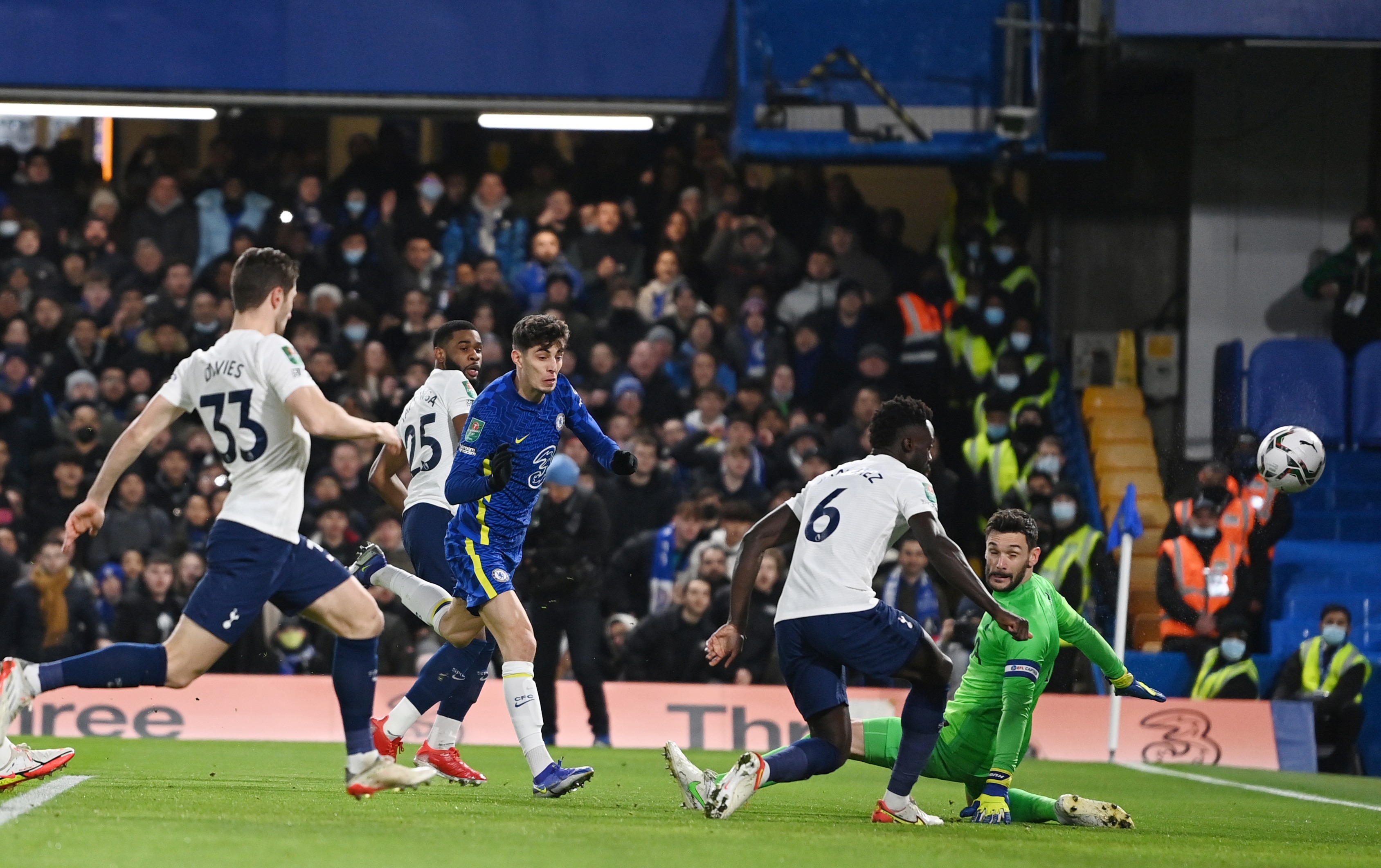 Within five minutes, Tuchel’s men were in front, with a goal which must give Conte grave concerns about his right-back Emerson Royal, who simply doesn’t seem like a Conte type of player at all.

The Italian is not a glad sufferer of those who take a smoking-jacket and cigarette-holder approach to defending.

But when Japhet Tanganga’s pass came up a little short, poor old Emerson casually allowed Marcos Alonso to rob him near the edge of his box and Conte’s title-winning left-back fed Havertz, whose shot was only helped into his own net by Davinson Sanchez.

Havertz should have had a second after a botched Pierre-Emile Hojbjerg clearance cannoned off Oliver Skipp, but the German shot straight at Hugo Lloris.

Chelsea popped it about with snap and crackle, Saul Niguez outstanding after such a difficult start to his loan spell, Mason Mount busbodying about, Havertz with his velvet boots on. 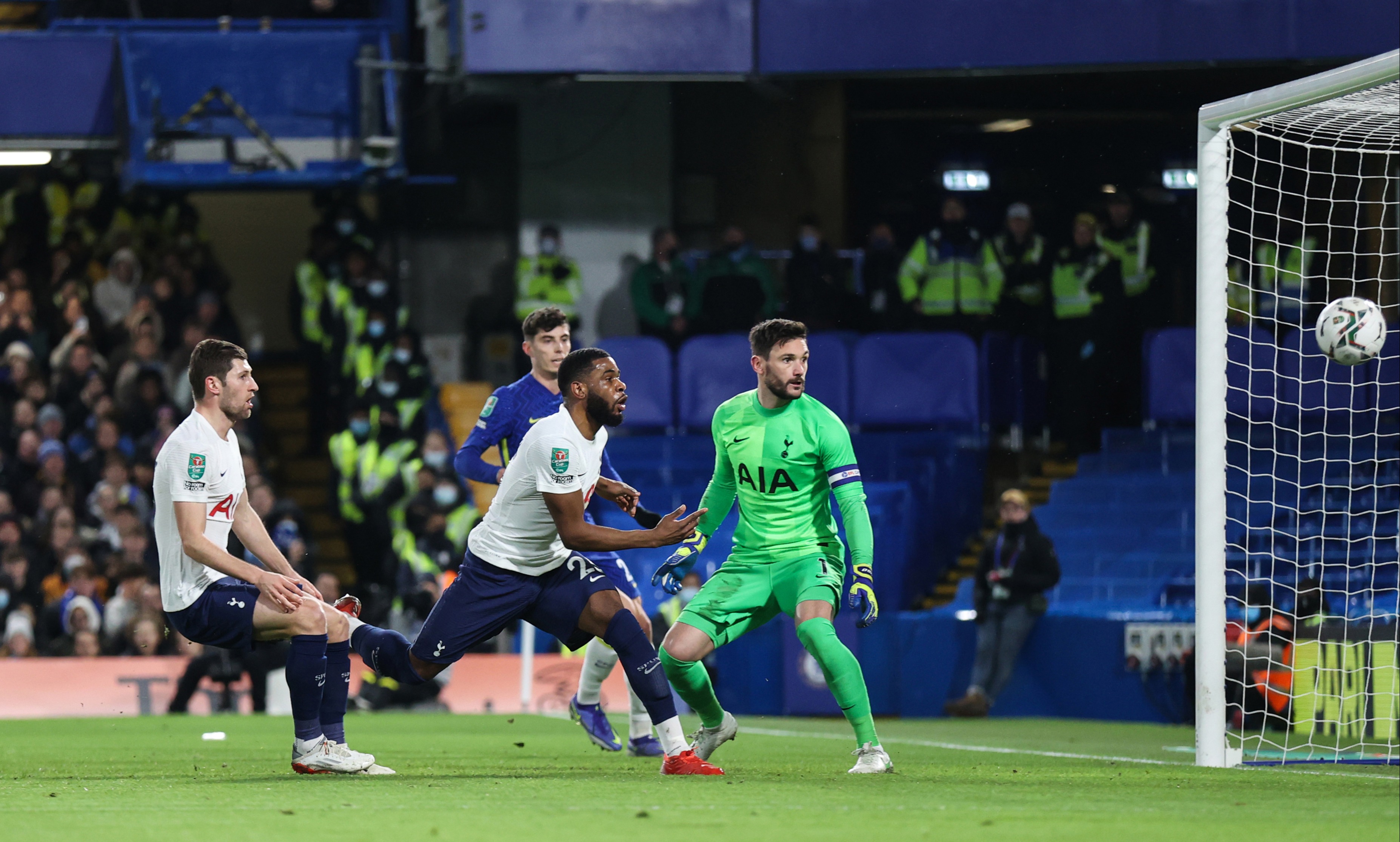 But the second goal had nothing to do with Chelsea’s obvious class and more to do with Tottenham’s big-top defending.

When Hakim Ziyech whipped in a free-kick from the right, Tanganga attempted a headed clearance which struck the shoulder of Davies and beat Lloris, with precisely no Chelsea player anywhere near the ball.

If looks could kill, then a half-time glance from Conte towards his defenders would have resembled an episode of Squid Game.

Lukaku squandered an excellent chance to make it 3-0 before the break when he leapt to meet a Cesar Azpilicueta cross but duffed his header wide of the far post.

At the break, Timo Werner replaced an injured Havertz and Conte chose to replace Matt Doherty with Tanguy Ndombele, switching to a back four – presumably with the idea that the fewer defenders Spurs had on the pitch, the less the goal threat to Lloris. 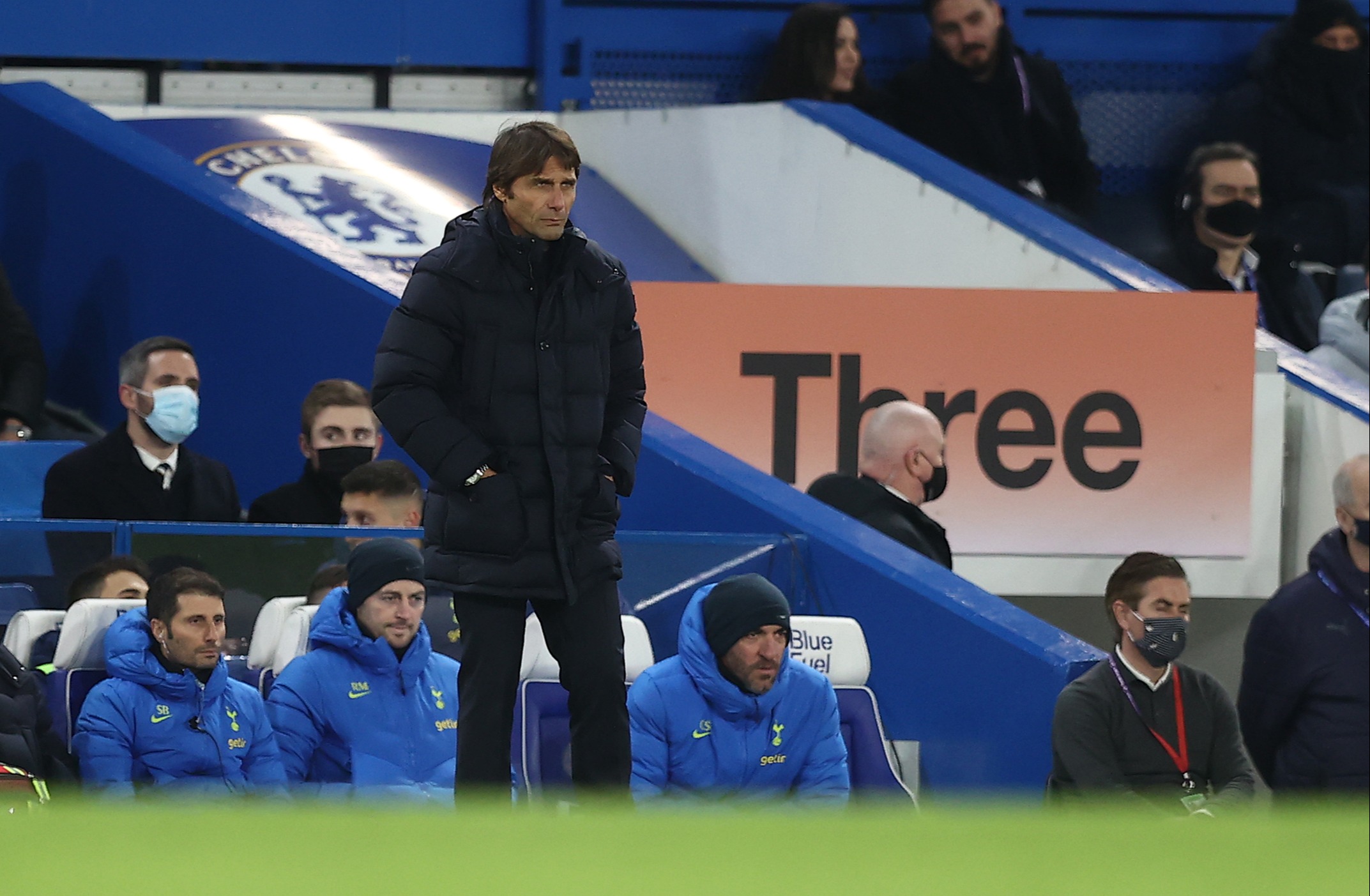 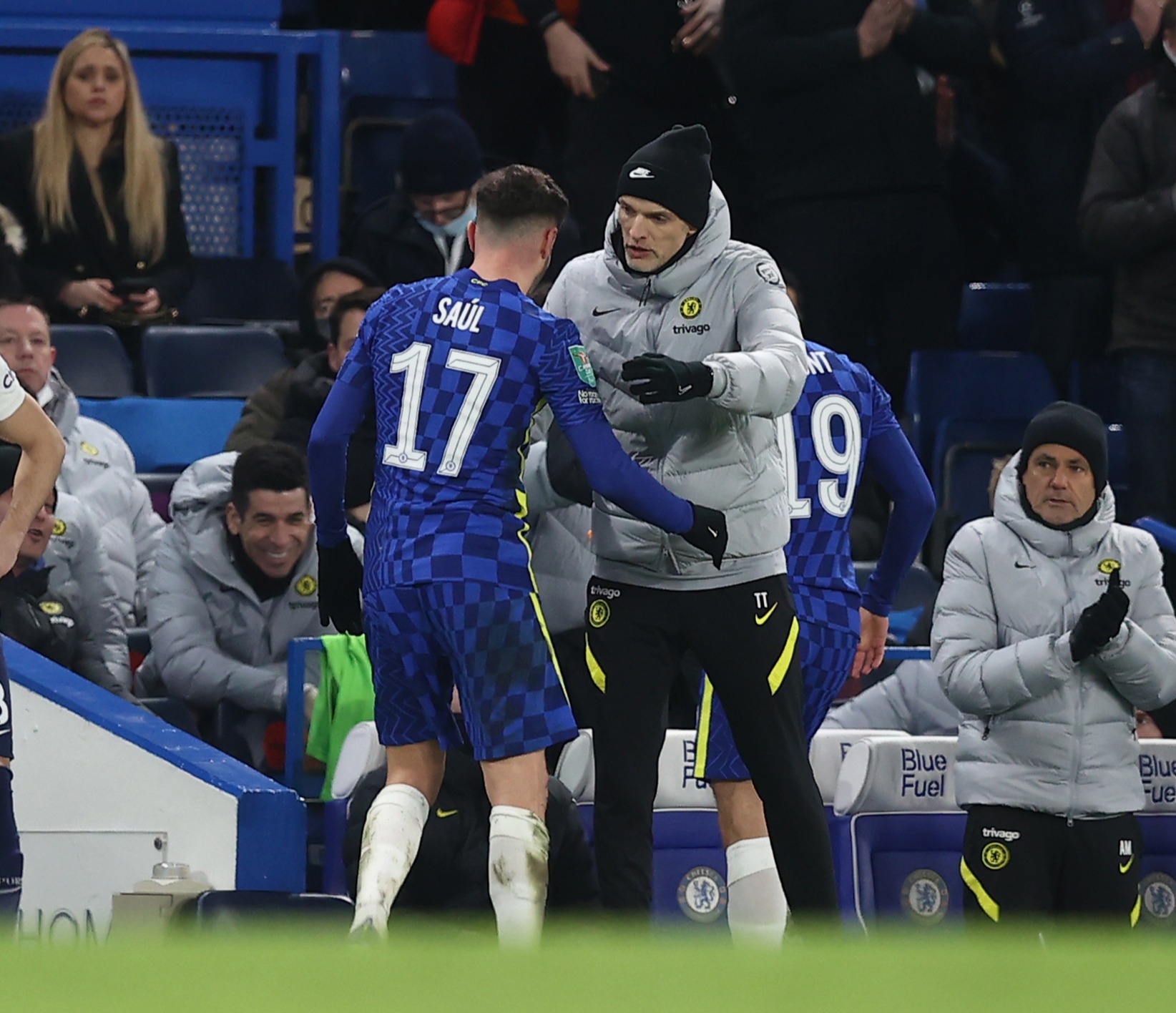 It was still all Chelsea. Ziyech, located in space by Lukaku, shot meekly at Lloris. Werner cut in from the left and whistled a shot wide of the far post.

And then Ziyech produced the pass of the night, a left-footed bullet to release Werner, who narrowly failed to lob Lloris.

Ziyech volleyed wildly over and then, in the 87th minute, Spurs finally mustered a decent effort on goal.

Bryan Gil skipped down the left and cut back for his fellow sub Giovani Lo Celso to send in a crisp shout, which Kepa Arrizalbalaga – only previously threatened by frostbite – saved smartly.

At the end of his tumultuous week, Lukaku – axed from the squad for last Sunday’s epic draw with Liverpool – had worked hard but with little end product. Yet it didn’t matter. Not with Spurs in this mood.