FRANK  LAMPARD is proud of comparisons to the masters of youth development.

Lamps would love to emulate Ajax’s famous production line at Chelsea — but has no fears over facing the Dutchmen. 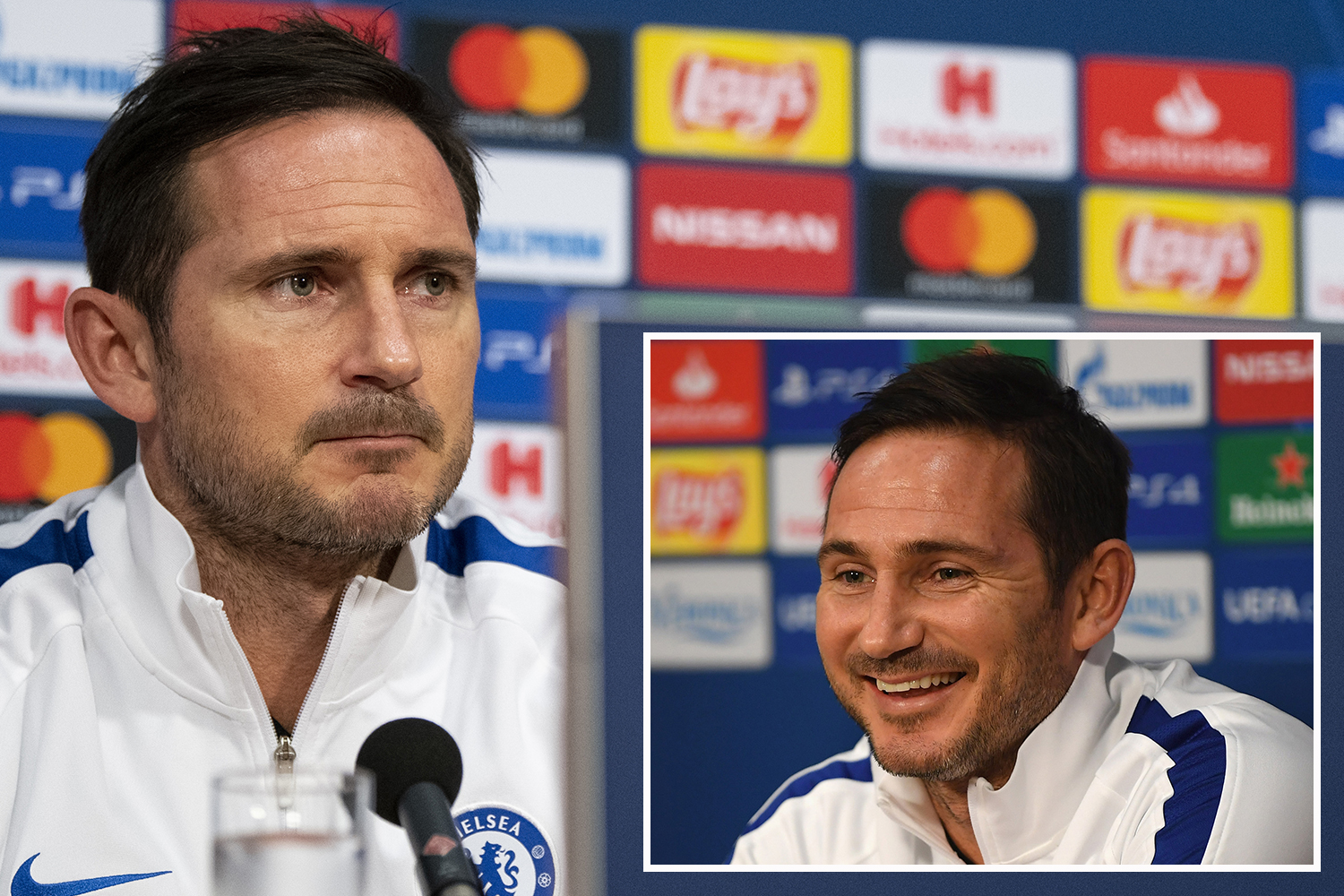 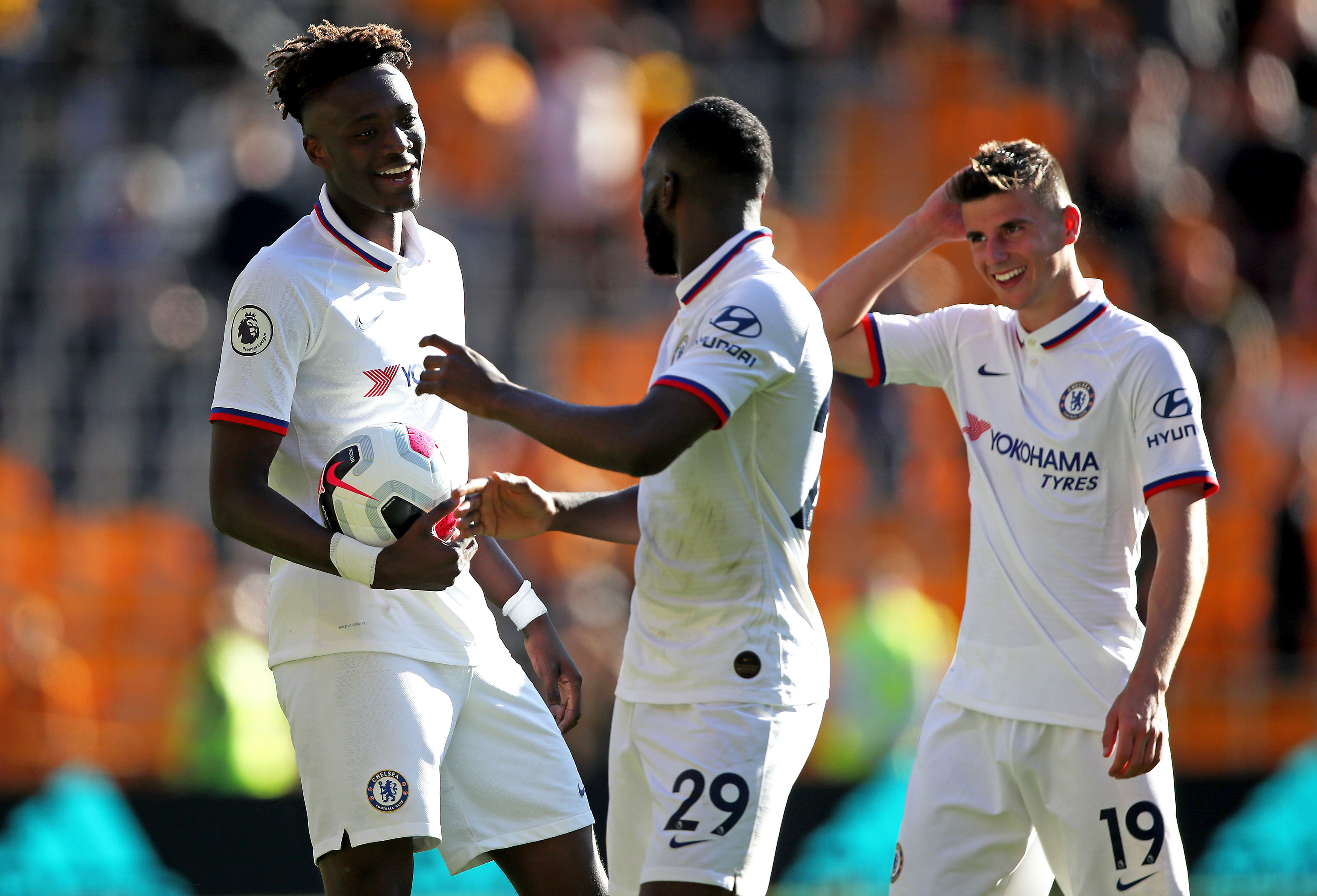 The Blues boss said: “There is pride in our young players coming through, though we’ve got a long way to go to claim the similarities. We shouldn’t get carried away with ourselves.

“It’s great we have a good feeling at the club. And I think that it’s long- deserved recognition for the academy itself — and those players as well.

“But we are playing a club that is steeped in history for bringing young players through. A club that has created great teams with groups of young players over the years.

“We have a long way to go to do that. But, in the short term, I’m happy and we need to continue working so that the young players can continue their development.”

Ajax’s success stories over the years were all around the Johan Cruyff Arena, with pictures of the likes of Patrick Kluivert and Edgar Davids on display in the room where Lampard spoke.

Tonight Chelsea will take on the Dutch club — who top their Champions League Group H with two wins from two.

Rookie boss Lampard, 41, is bringing through his own talented generation of academy products — with 22-year-old striker Tammy Abraham, defender Fikayo Tomori, 21, and 20-year-old midfielder Mason Mount all shining on his watch.

Ajax’s young side, bossed by Erik ten Hag, were one of the standout performers in the Champions League last season.

They came within a whisker of the final — until Lucas Moura’s last-gasp goal earned Tottenham victory here in the semi-final second leg.

Ten Hag has had to rebuild again this year following the mega-money sales of Matthijs De Ligt and Frenkie De Jong to Juventus and Barcelona respectively.

But the departures do not look to have affected them as they sit top of the Eredivisie.

Lampard has been so impressed with their opponents that he feels his own side’s five-game winning streak means nothing.

It even sparked an amusing exchange with a cheeky Dutch journalist who claimed Lampard was bricking it.

Asked why he was so scared of Ajax, Lamps grinned: “What makes you say that?” Probing further, the reporter explained: “You look scared.”

To which the Chelsea legend replied: “That’s just my face.”

They have won two games in the group convincingly — but definitely it is not a fact of being scared of Ajax. We have confidence in ourselves.

He added: “On a serious note, I respect the team. We saw the way Ajax played last year.

“I know the team’s changed slightly, I am very aware of their new threats and anywhere you travel in the Champions League is a difficult match.

“They have won two games in the group convincingly — but definitely it is not a fact of being scared of Ajax. We have confidence in ourselves.

“What Ajax did last year was incredible — to get as far as they did with such a young team.

“With us, you see my belief in them because even though everyone says we had a transfer ban and it’s the only option I have, that’s not true.

“I have lots of options in the squad and I make the decisions on the players I feel should play. The young players have shown it — and I believe in them.”

Chelsea have copied Ajax’s strategy of appointing ex-players to their backroom staff. Retired keeper Petr Cech is now technical advisor, while Claude Makelele has also returned as a mentor.

And Lampard said: “I’m certainly happy that ex-players are here — but I don’t think that is the end. We have to keep pushing for results and performances on the pitch.”

Ross Barkley and N’Golo Kante did not travel to Amsterdam yesterday due to respective ankle and groin injuries.