THOMAS TUCHEL cooked up a German breakfast of champions as he prepares Chelsea to tuck in to the Premier League title race.

The 48-year-old already inspired his players to Champions League glory during his first season in charge. 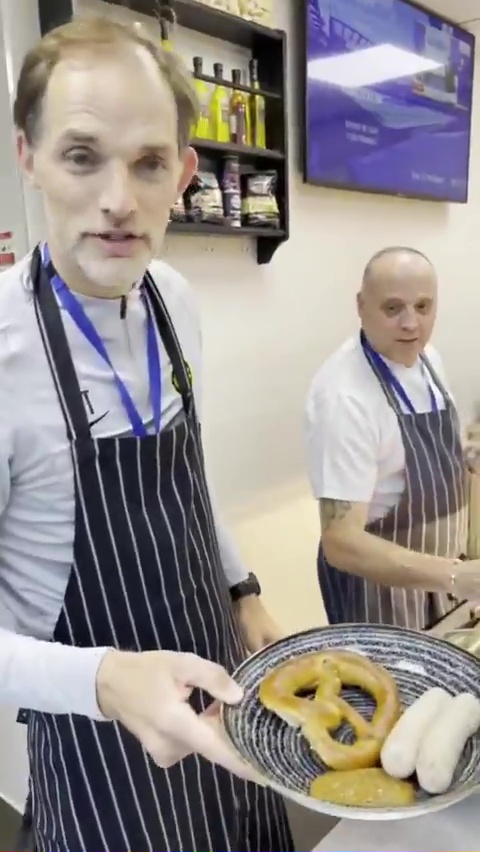 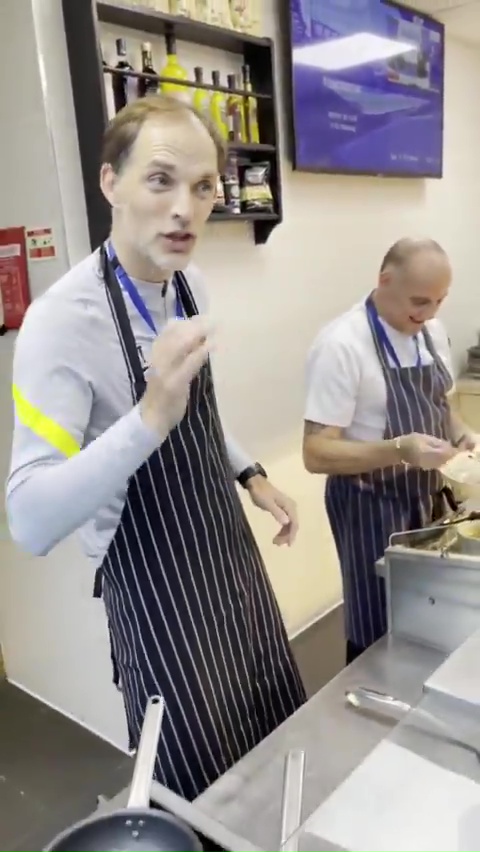 And now he is looking to fuel his players for even further success.

In a video shared by the Blues' club media, Tuchel can be seen in an apron working in the Cobham kitchen.

The Chelsea boss is asked what he is cooking up.

He responds by proudly showing off his plate, full of traditional German grub.

His dish included a pretzel and weisswurst – a type of Bavarian sausage.

It was topped off with some Senf, a kind of mustard from Tuchel's homeland.

Tuchel is clearly enjoying his international break, but the former Dortmund and PSG boss will be eager to get back to action this weekend.

The Blues make the short trip to Brentford in a West London derby on Saturday.

And then they host Malmo in the Champions League, as the games come thick and fast.

But if Tuchel has anything to do with it, his players will be well fuelled for the rigours ahead.