NOW it may not be enough to earn him a permanent switch to Chelsea, but Saul Niguez put in by far his best Blues performance on Wednesday night.

Granted, the pre-game bar wasn't set very high but it must have been a daunting prospect staring against hated foes Tottenham in a game of such importance. 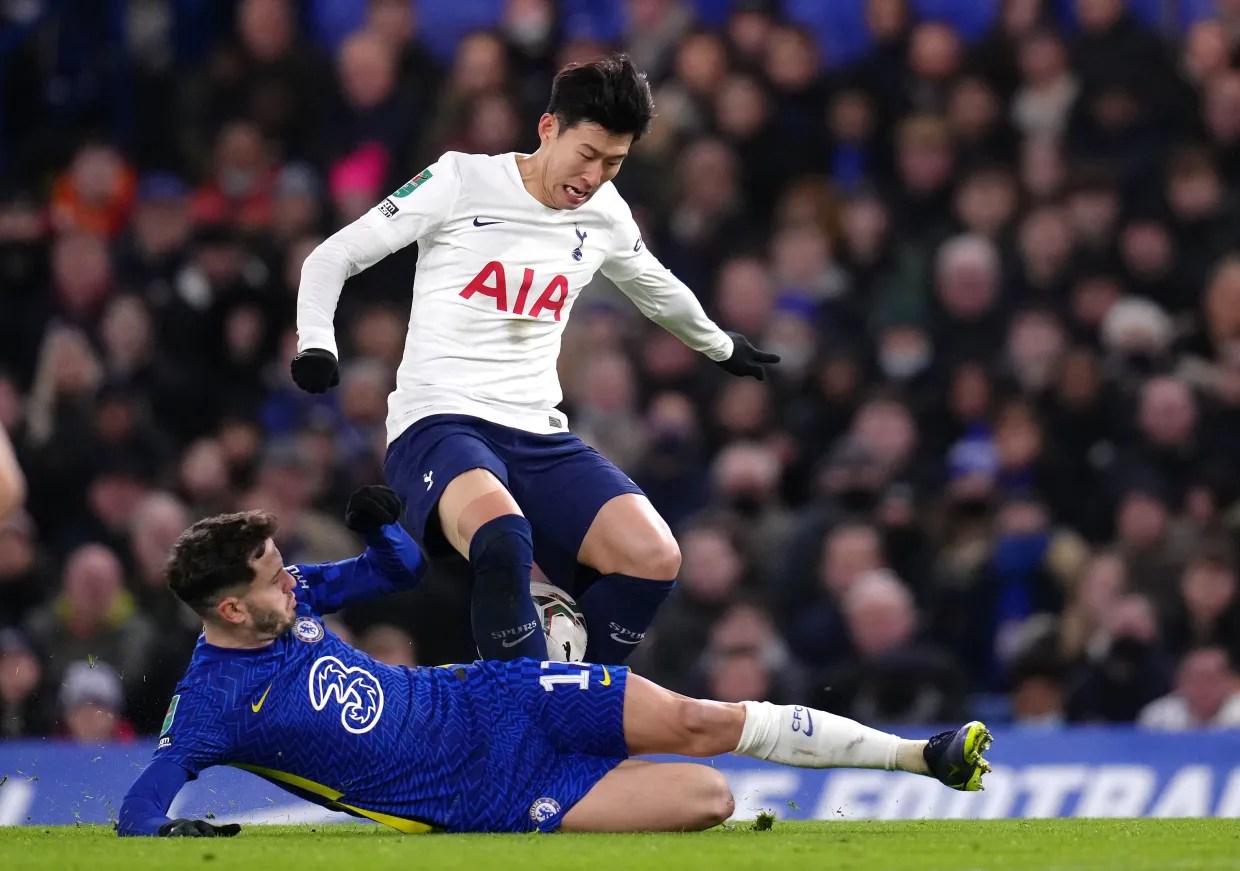 The West Londoners cruised to a comfortable 2-0 win in the Carabao Cup semi-final first leg against Spurs.

And Niguez, 27 – on loan from Atletico Madrid until the end of the season – was just as cosy in the middle of the park alongside Jorginho in just his 12th Blues appearance.

The Spaniard had a fairly uneventful first-half which is probably exactly what he wanted after his previous shambolic showings in blue.

But he did what he had to on and off the ball as Chelsea dominated their visitors and went in 2-0 up at the break.

However, he really grew into the game in the second-half and earned one of the biggest cheers of the night after a crunching slide tackle on Son Heung-min.

Thomas Tuchel went bananas when he gave the ball away on halfway soon after, but the Spaniard bounced back and was soon involved at the other end as a skillful flicked effort went just wide.

He was inexplicably replaced by Ruben Loftus-Cheek on 71 minutes which seemed an odd decision when he was playing so well and it's not like Tuchel needs to rest him for the Premier League.

Nevertheless he was given a warm reception as he made his way off the pitch alongside Mason Mount.

And while an extension to his stay at Stamford Bridge is very unlikely, he surely at least earned himself a start in the return leg at the new White Hart Lane next Wednesday.

And almost certainly for Chesterfield's visit in the FA Cup third round on Saturday.

This time last month, SunSport reported the 19-cap Spain international felt his dream loan move was turning into a nightmare.

There is no way back to Atletico because of Spanish football’s salary cap system.

And he was moved on in August so his parent club could pay the wages of incoming star Antoine Griezmann.

So it looks like he is stuck in West London for the rest of the season.

But if his fortunes are ever going to turn, his showing against Spurs was a good a catalyst as any.

4.30pm Man Utd news LIVE: Sancho deal could be OFF due to coronavirus, Koulibaly requests transfer, Fellaini in hospital – The Sun