CHELSEA target Kai Havertz is 100 per cent committed to Bayer Leverkusen, according to the German side's manager.

Peter Bosz spoke before last night's Europa League game against Rangers to confirm Havertz was still giving his all despite the consistent speculation with a move to Stamford Bridge. 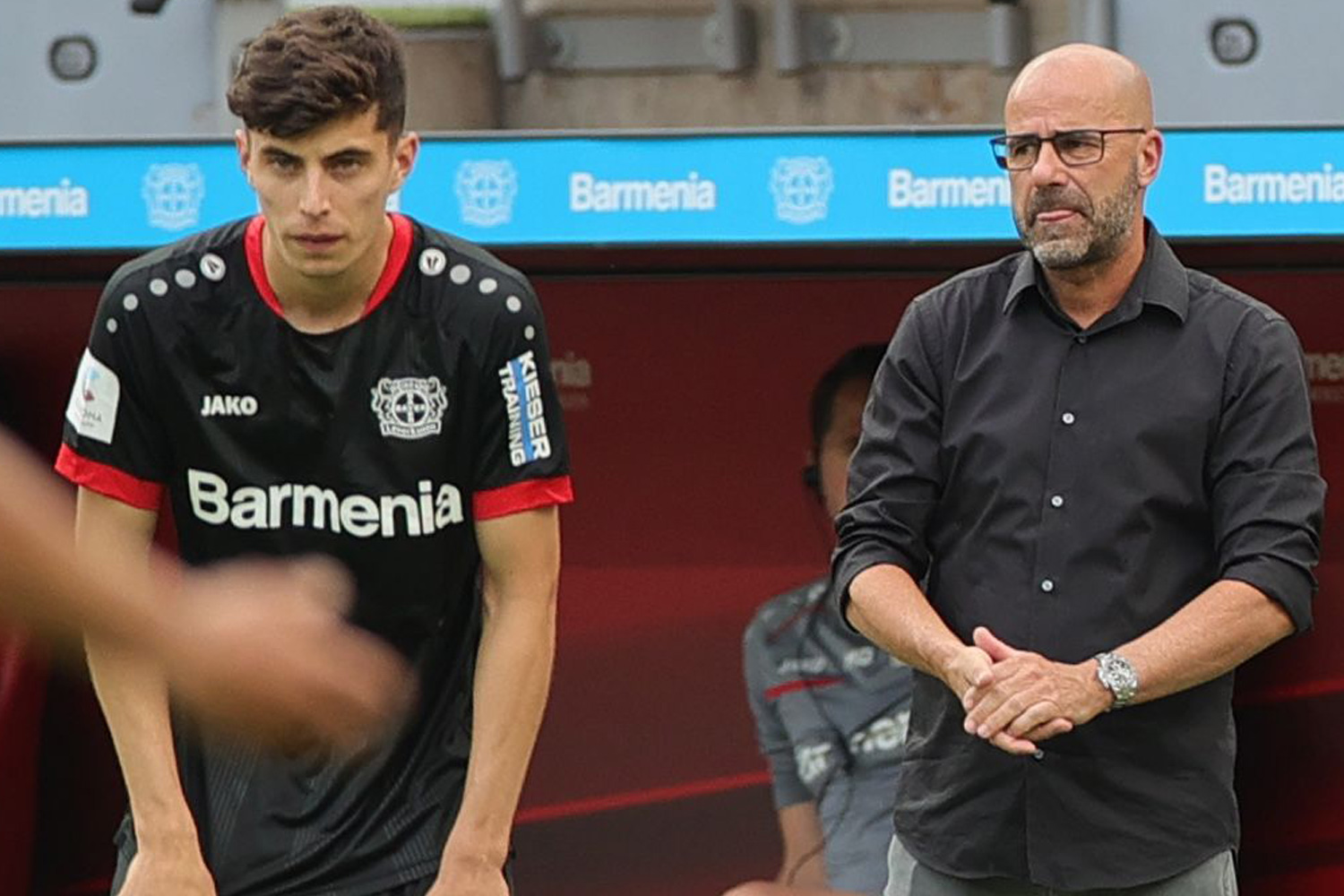 In his pre-match press conference, Bosz said: "I will answer these questions [on Havertz] very shortly.

"Yes, he will play and yes I'm convinced that he's 100 per cent still fighting for Leverkusen."

The Bundesliga outfit won the second leg of their Last 16 tie 1-0 at the BayArena to secure a 4-1 aggregate win.

Moussa Diaby got the only goal but all eyes were on Havertz on the right wing.

The 21-year-old dazzled once again and should really have found the net on a couple of occasions but did enough to prove why talks of a big-money move to Chelsea are rife.

The young German international helped Leverkusen on their way to the quarter-finals by opening the scoring from the penalty spot in the first leg at Ibrox.

Leverkusen went on to secure a 3-1 win in Scotland back in March and will now face Inter Milan for a spot in the last four.

Personal terms are believed to have been agreed with Havertz and the only remaining stumbling block is a transfer fee.

The Blues are thought to have offered £70m but are still £20m shy of where Leverkusen value their prized asset.

Chelsea boss Frank Lampard has already added another German in Timo Werner as well as Hakim Ziyech to his squad ahead of next season.