TRAINER Dan Skelton is set to send his biggest team to date to the Cheltenham Festival this season.

The Ladbrokes ambassador gives us his thoughts on his string, including Grade 1 hopefuls Allmankind and Maire Banrigh. 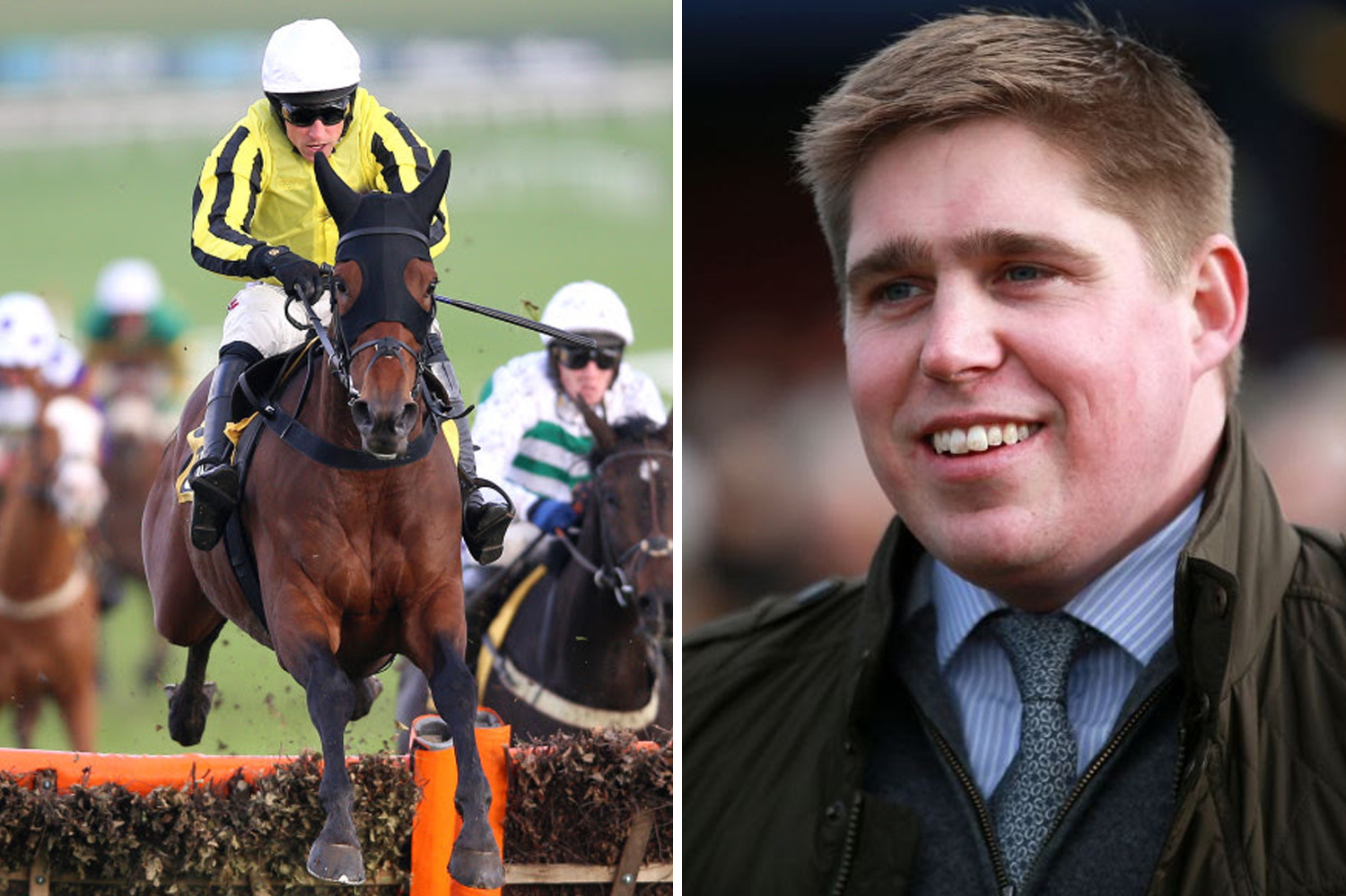 I think Allmankind has to be my best chance. I know he’s shortest in the betting and it’s easy to say but there’s more to it than that.

If Maire Banrigh won the Arkle she’s a legitimate winner but people would be a bit downbeat. But if Allmankind won everyone would be saying well he could be a Champion Hurdle horse.

He’s a legitimate long-term top end contender. He’s about as exciting a youngster as we’ve had.

We’ve never had one going into the Festival as near favourite for one of the Grade 1 Novices’ and you know what will come after is obviously very exciting.

He’s completely surprised us since he joined us. When he first came I actually sent a text to the owner Bill Gredley saying that this could be a complete waste of time.

But he got to the track and I knew exactly what was coming I just had no idea whether he’d keep going or not. Thankfully he did.

He kind of is one-dimensional but if someone wanted to go quicker than him we don’t have to take them on. If somebody is going to go out ridiculously fast out there we can take a lead.

But the idea is to go there and make sure it’s a real end to end gallop. We’re very happy with him at the moment and I missed Trials Day with him as I wanted to make sure he was as fresh and well as he can be for the big day.

I didn’t want to negate that angle of freshness with a horse like him who clearly thrives on being like that.

He’s a bit like a coiled spring or a bottle of champagne ready to pop and I didn’t want to lose that by going to Cheltenham in January.

He’s in good form at home and we’re happy with him. He has good strong form in the book.

The Irish races just not added to their strength much and between us and Goshen it will be a proper race.

He knows what he’s doing now and he knows it’s a two mile race. At Chepstow he actually settled quite nicely about half way around for the first time. That was a brilliant run and he’s got a hell of a big engine.

If we can get him there 100% on the day he’s got to go close hasn’t he. If he runs like he did at Cheltenham it’s obvious to everyone and sundry that he is going to go close.

It’ll be the Arkle for her. I’ll leave her in the Marsh just in case.

She’s been very good over fences, she’s won her last six in a row. We got away with it last time when we ran on ground too soft at Huntingdon over further.

But we get 7lbs for her being a mare and that means she’s a 155 horse. And you know sometimes that can win you an Arkle so on numbers she’s very much a player.

We’re very happy with her, she jumps well, is a strong traveller and sees out two miles very well.

In these big races at the Festival you want a horse that sees out a little bit further than the trip and that’s her.

The better the ground becomes as well, the better her chance will be. If she’s a 20-1 shot on softish ground, she should be half that on decent ground.

She’s just huge, she’s 17 plus hands. We ran her off 12’10 at Stratford which you can’t do to too many horses let alone mares and she just scooted around, she didn’t even break sweat. She’s a very good horse.

Looking down the line for her I’m going to do whatever it takes to make her into a two-and-a-half miler as they are obviously bringing in the new Mares’ Chase so that’ll be where she’s off.

I think the Arkle’s very open. Notebook was only an okay hurdler and it’s wide-open in my book. There’s no Footpad or Douvan in there that’s for certain and look at last year, it does throw up some funny old results.

I can see that race being open to anyone who can claim on the day and if my horse has a going day she could well win.

If she won that race you couldn’t go ‘oh that’s a bit disappointing.’ She’s won her four going into it, hardly breaking sweat, and you’ve got to respect that.

She’ll head back to defend her crown in the Mares’ Hurdle. She’ll be the best of the English you’d imagine.

I know there’s Lady Buttons but she was behind ours in the race last year. It was a good run the other day behind Summerville Boy.

She’s good and she’s won a Grade 1 now, but against the boys there can be one or two better than her. It’s a bit frustrating we can’t find more races for her and we haven’t been able to have another moment in the sun with her but that’s the way it is.

No one will forget what she did at Cheltenham. It may have been fortuitous but you have to jump them to win and we did that. I will have her as best as she can be and I expect her to be bang there two out. It’s up to her then.

I’ve been very cautious with her throughout her all her career and painstakingly planned and prepared her for every single race.

That was until the race at Ascot this year and that was the only time she ran badly. I thought she got beat at Aintree, sod it, we’ll run her there.

I thought what have we got to lose and ride her up there and I had my arse in my hands a bit and look what happened.

The Coral Cup is probably his target and off 144 he’s on a good number for that.

If it battered it down I could see him just coming into the Supreme calculations, you never know what may happen in the run up to that so that’s his backup.

He’ll have an entry in the County Hurdle as always, but I imagine he’ll go to Aintree instead this season after his run at Kempton.

We were tempted by the Champion Hurdle briefly but we'll keep him fresh for Aintree. He'll have another race in him at some point.

We were stood up on the hill for two years in a row and we fancied him both times for Aintree at the National meeting.

But then I rang his owner Chris Giles and said I’d found the trick with him, he’d made a noise coming up the gallops one day and we gave him a wind-op.

Look where he is now! Sometimes they do nothing but look he’s been remarkable ever since.

He handles a bit of cut in the ground now too which he never used to.

He’s won two big handicaps on route so I’d have to think he’s got a massive chance.

He’ll likely go back to the Plate again but I’m going to put him in the Grand Annual too.

I just think a really strong race around two miles there could be his cup of tea.

He’s such a strong traveller. At the back of my mind it might not be the worst idea in the world.

He’ll go for the National Hunt Chase possibly. He wants a bit of soft ground and he should improve down the line I think.

Hopefully you’ll hear about him in a couple of years still and we think he’s more of a National prospect.

The likes of the Welsh National should be his thing and hopefully one day the Grand National possibly.

He could also go for the Kim Muir that may be a more realistic target. In the Kim Muir or something like that I can see him being a player.

A properly run race where you can sneak him into it just suits him. But at the end of the day he might not even run at Cheltenham, there’s more to him than that.

His run at Huntingdon was better than Warwick.

He couldn’t win at Huntingdon behind Shishkin but that’s red hot form.

I like our horse though, and definitely think he’ll out run his odds.

He will outrun his odds and there will be a lot more finishing behind him than in front of him.