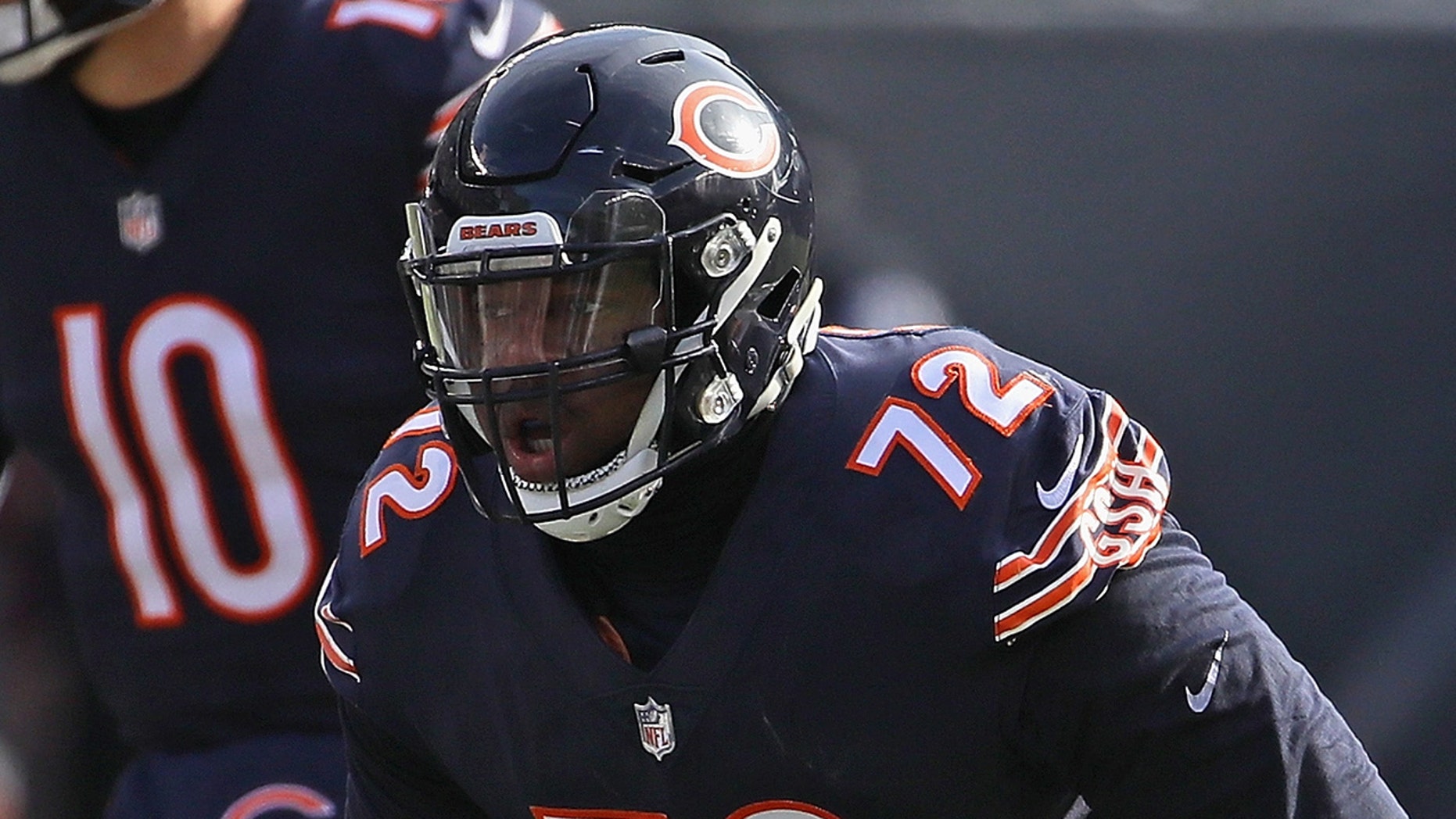 While the Chicago Bears were popping champagne to celebrate their first division title since 2010, another player was popping the question to his girlfriend.

Bears offensive lineman Charles Leno Jr. called his girlfriend Jennifer Roth to the middle of Soldier Field, got down on one knee and asked her to marry him.

“Jennifer Marie Roth, would you like to be … Jennifer Marie Leno Jr.,” Leno asked as he held open a light blue box with an engagement ring inside. “Will you? Will you accept?”

“If you couldn’t tell by the first play of the game & my proposal speech, I was SHOOK today. Thank you for all the love and support,” Leno wrote in a tweet, referencing a false start penalty he had.

Leno is in his fifth season with the Bears. Chicago selected him in the seventh round of the 2014 draft.