Home » Sport » ‘Chicken! Joshua where are you?’: Tyson Fury calls out AJ

‘Chicken! Joshua where are you?’: Tyson Fury calls out AJ in aftermath of astonishing drawn fight with Deontay Wilder in Los Angeles

Tyson Fury called Anthony Joshua a chicken as he challenged his heavyweight rival to take him on the ring after his controversial draw with Deontay Wilder.

Saturday night’s heavyweight title fight in Los Angeles ended in a split decision draw with Fury twice getting himself off the canvas to the frustration of his opponent.

Both fighters are keen on a rematch after Wilder retained his WBC heavyweight belt on the judges’ decision, but Fury also called out AJ straight away. 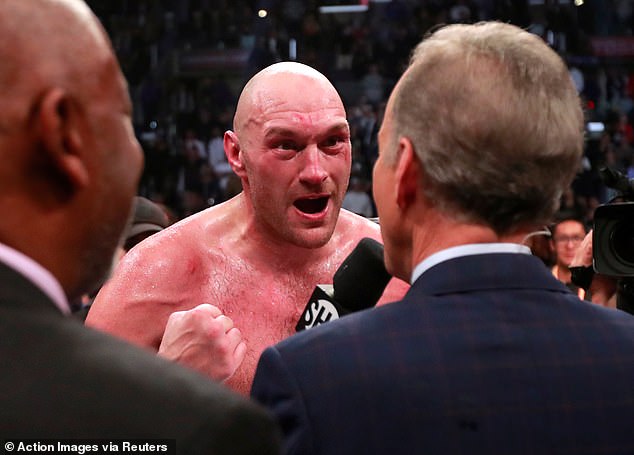 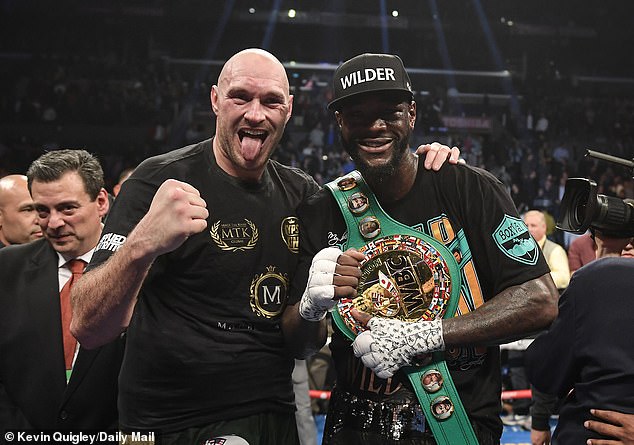 ‘Nevermind anybody, me and this man here are the two best heavyweights on the planet. I stepped up after the amount of time I had out of the ring’, he said.

‘There’s another certain heavyweight out there…’ he continued, before doing a chicken impersonation.

Wilder added: ‘I totally 100 per cent agree with that. We’re the two best in the world and we proved it tonight.

‘When you get two warriors in the ring you get a great fight.’

Despite being knocked down twice, Fury believed he had the edge in the fight. 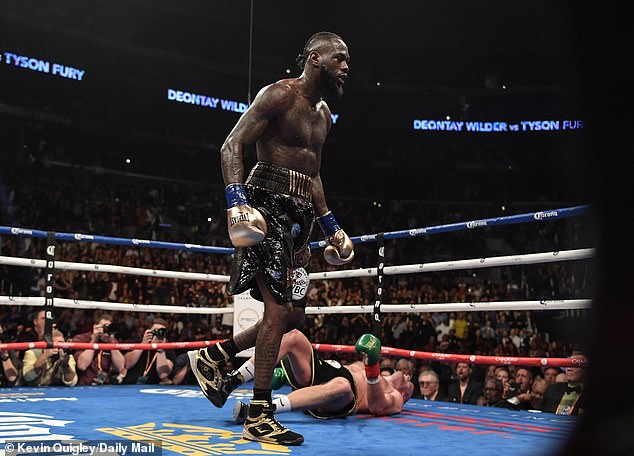 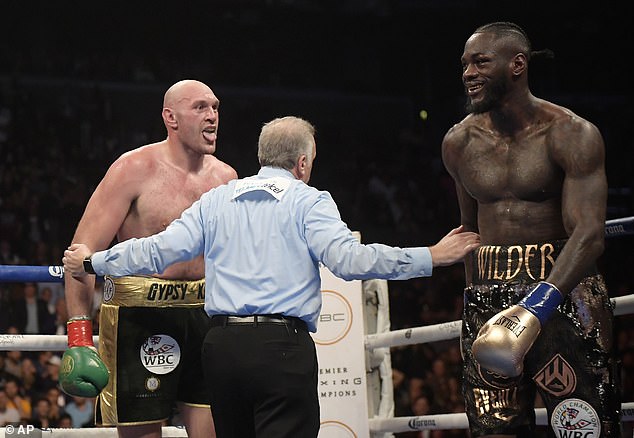 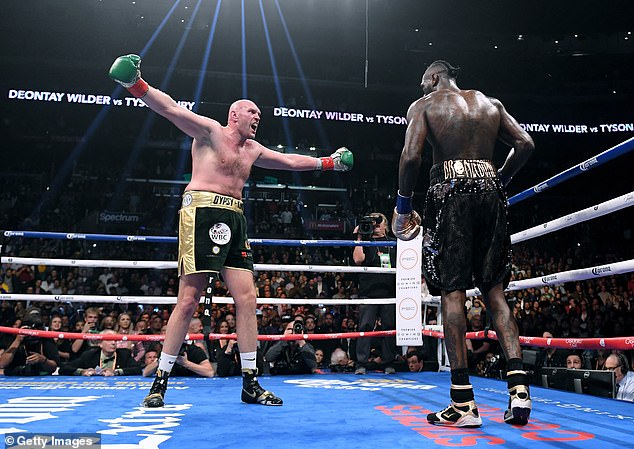 He said: ‘I got knocked down twice but I still believe I won the fight and I believe every man in here thought I won that fight tonight.

Asked how he managed to avoid Wilder’s jabs he answered: ‘That’s what I do, I’m what you call a professional athlete who loves to box.

‘I’m 6ft 9in and 260lbs, I don’t know anybody on the planet who can move like that. That man is a fearsome puncher, but I avoided his shots tonight.

‘The world knows the truth, I thought I won the fight. I thought I should have took that belt home.

‘I am a fighting man, I was never going to be knocked out tonight. I showed good heart to get back. I fought my heart out. That’s the second best heavyweight in the world behind me.’ 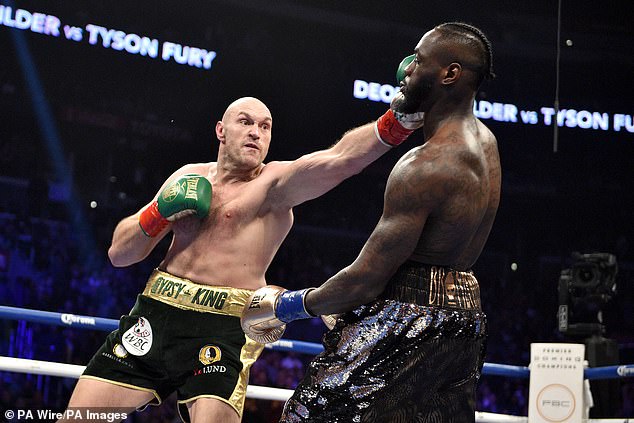