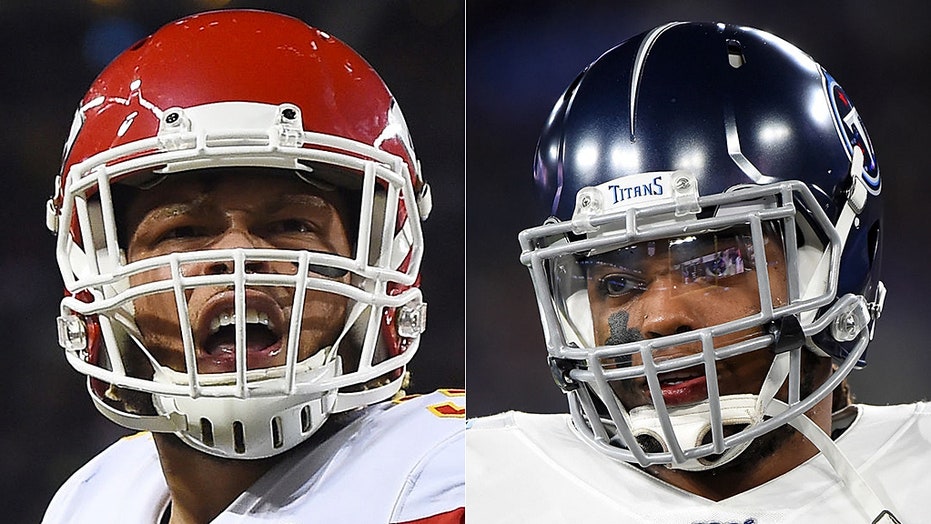 Kansas City Chiefs defenders will have the difficult task of trying to contain and tackle Tennessee Titans running back Derrick Henry Sunday in the AFC Championship game.

Chiefs safety Tyrann Mathieu told CBS Sports on Monday that in his first meeting with Henry, he tried to tackle the running back and thought he had broken his jaw. Mathieu said attempting to hit Henry was like hitting “solid rock.”

Mathieu played for the Houston Texans during their first two matchups, though Henry wasn’t used as prominently as he was being used during the 2018 season. Tackling the Alabama product isn’t getting any easier for defenders.

Henry is listed at 6-foot-3, 247 pounds and runs furiously down the field. He won the 2019 rushing title with 1,540 yards and 16 touchdowns. So far in the playoffs, Henry has carried the ball 64 times and run for 377 yards and a touchdown. The Titans offense has relied on Henry to get into the end zone and has put the ball across the goal line thanks to Ryan Tannehill and his three touchdown passes.

“You’ve got to just take his legs out,” Hitchens said, according to AL.com. “We’ve talked all week: Kill the engine. Hit him in his thighs and his legs. Chop him down. When you tackle him high, he tends to carry you for about 5 more yards, so hit him low — and all legal within the game. But you’ve just got to hit him lower.” 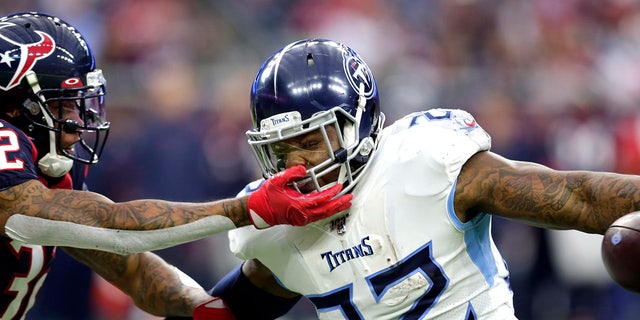 Mathieu later said the Chiefs have to “finish the game strong.”

“If you watch a lot of Derrick Henry, he gets stronger as the game goes on. His first halves, they aren’t that great, but second-half football, he takes off," he said. "So we got to be well-rested, hydrated in order to kind of finish the game, try to compete against him and slow him down when it matters the most in the fourth quarter — four-minute drives, six-minute drives, seven minutes left. I remember last time we played them, it was nine minutes on the clock, they were down by nine and they kept feeding him the ball, so you know that they believe in him.

“Even when they're down, they're still feeding him the ball, so it's kind of like playing basketball and your coach tells you, 'Keep shooting.' And so you feel that confidence. You know that your team believes in you. I think that's the kind of confidence they're playing with. I think that's what they're looking forward to, and it's been working well for them.”

The two teams play Sunday at 3:05 p.m. ET with a trip to the Super Bowl on the line.

Rugby: Sembawang Primary kids get the Sunwolves touch at clinic